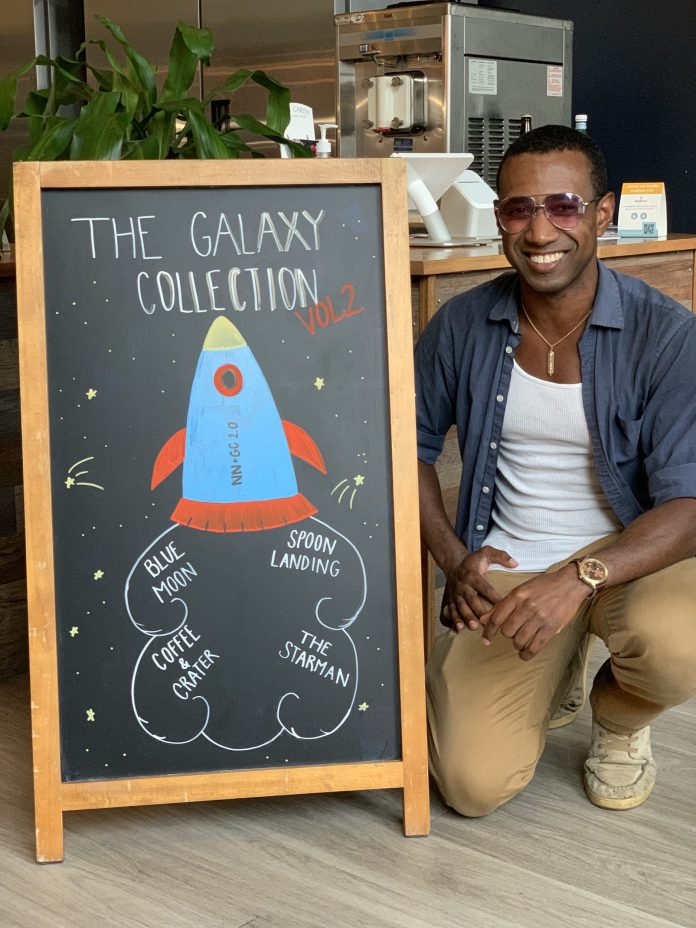 The Greenery Creamery and Nerd Nite are once again collaborating on an assortment of space-themed ice cream flavors, called THE GALAXY COLLECTION, vol. 2.

The flavors, which are available for a limited time, celebrate the 50th anniversary of the Apollo 11 mission; the spaceflight that landed the first two humans on the moon.

The Greenery Creamery is an ice cream boutique in downtown Orlando.

Nerd Nite is an evening of entertaining yet thought-provoking presentations.

THE GALAXY COLLECTION, vol. 2 are vegan ice cream flavors [listed below] with coconut cream as the base. They will be available for purchase at the Greenery Creamery between July 8th-12th and again on July 20th for the Nerd Nite Ice Cream Party**

The Starman
[coconut; colored with spirulina]
A bridge between the worlds of green mint and chocolate fudge swirl.

Watch the announcement of THE GALAXY COLLECTION