The Greenery Creamery and Nerd Nite are collaborating on an assortment of nerdy, space-themed ice cream flavors, called THE GALAXY COLLECTION.

Samples of a few flavors will debut at the Nerd Nite event on Thursday, July 12th. Following which, all flavors will be available at the Greenery Creamery for a limited time offer.

The Greenery Creamery is an ice cream boutique in downtown Orlando.

Nerd Nite is an evening of entertaining yet thought-provoking presentations. 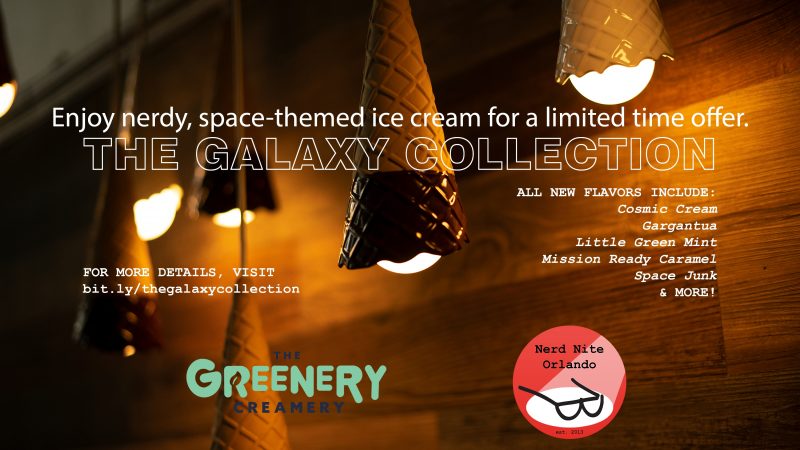 THE GALAXY COLLECTION is vegan with coconut cream as the base for all of the nerdy, spacey ice cream flavors!

COSMIC CREAM
An Einstein-Rosen bridge trip for the taste buds with a swirl of colorful, fruity flavors.

GARGANTUA
A mix of dark cocoa, Oreo chunks, and chocolate chips with a delicious and irresistable gravitational pull.