Since my partner is gone for the next few weeks, I will be out on my own to explore and conquer the culinary offerings in Central Florida. Luckily I got a call from one of my bros, Lap, to come over for a old fashioned southern crawfish boil at his place. It’s dinner with the boys.

I picked up some lemon and butter and a 2.0 liter pepsi to share. Little did I know I would probably have needed more than a 2.0 liter bottle for refreshment.

Lap had previously ordered 80 lbs of crawfish from Louisiana, where 98% of the crawfish harvested in the United States come from, for about $1.75 a pound and they had just arrived by air the day before. Louisiana produces 90 percent of the crawfish in the world and consumes 70 percent locally. Crawfish “season” typically runs from March through about June. This is when you will get your best crawfish.

At the house, they had been experimenting with various spices throughout the day using Zatarain’s Crawfish/Shrimp/and Crab boil in a bag which contained mustard seed, coriander, dill seed, and other cajun spices to flavor the crawfish as they cooked. 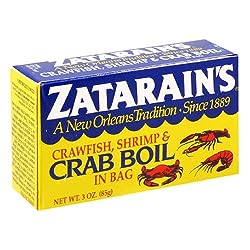 My bro Cuong, who was one of the few who had experience in this kind of thing, also added habenero peppers to the boil to bring out a super spicy kick to the crawfish.

There were also kilbasa sausage, potatoes, and corn cob that were added to the mix. Crawfish juices and habenero spices engulfed my mouth as I take crunchy bites out of the crawfish.

It was a delicious feast. 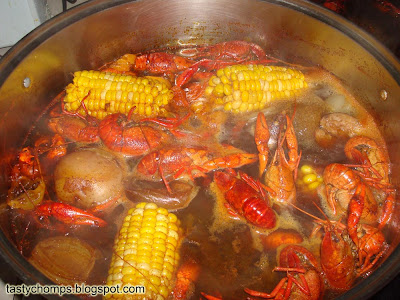 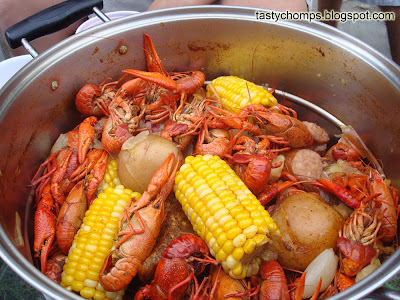 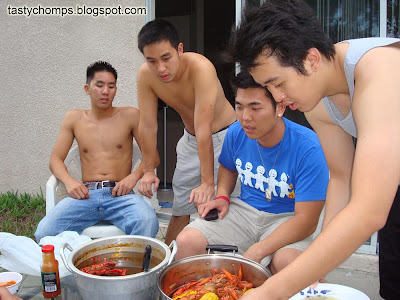 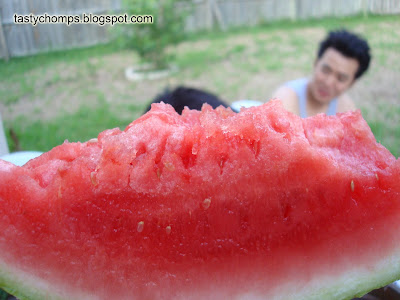 Watermelon to cool the tongue.