A Central Florida icon for over half a century, Dixie Crossroads located in Titusville, Florida is probably known best for elevating the once difficult and unwieldy rock shrimp to become a delicacy all over the world.

The story begins over 27 years ago on January 1, 1983 when Dixie Crossroads opened with 35 seats by the Thompson family with Laura Lee. With this, the Rock Shrimp King was born and today Dixie Crossroads has grown to a family restaurant with over 419 seats, grown upon the original Dixie Crossroads.

A distinction about the seafood at Dixie Crossroads

The shrimp at Dixie Crossroads is wild caught and not farm raised, a distinction that can be clearly tasted in the flavor and the freshness of the shrimp. They feature shrimp from Key West up the Atlantic to the Northwest. The Thompsons are also a part of the Wild Ocean Seafood company which is featured at the Audobon Park Community Market on Monday nights and College Park Community Market at Infusion Tea on Thursday nights which features premium, fresh-caught domestic shrimp and seafood.

Traditionally, rock shrimp were not seen favorable to eat because of their hard shell. Dixie Crossroads fixed this problem by creating a cutting tool that allowed them to more easily cut through the shell to serve the shrimp. Over the years the harvesting of rock shrimp eventually led to rapid depletion of the rock shrimp along the Atlantic, prompting the Thompson family, Dixie Crossroads and other local fishermen to lead a conservation effort to control the rock shrimp population and stopping the rock shrimp from going to extinction. 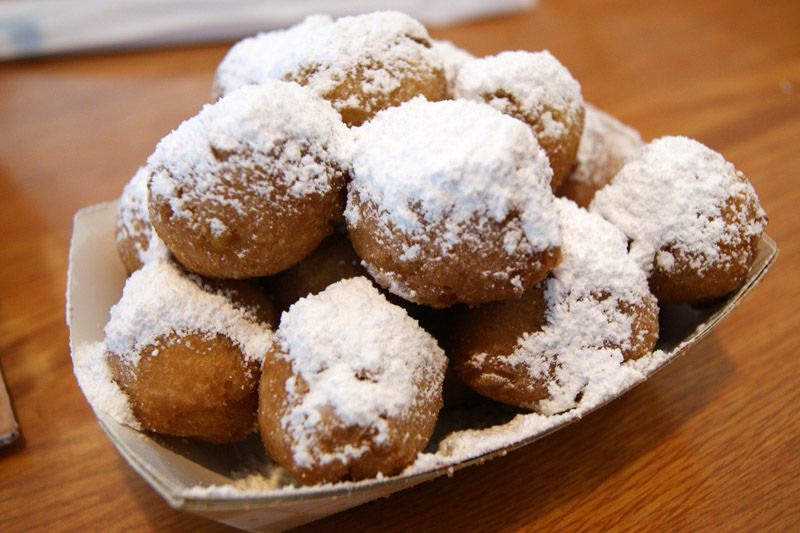 On this day, we were able to sample the various shrimp available from Dixie Crossroads including the Rock Shrimp which had the texture of lobster and flavor of shrimp. Bacon wrapped shrimp was another favorite from the sampler as well as all the other very fresh wild caught shrimp on the sampler.

Clam chowder made from fresh clams!

Something that most people are not aware is that Dixie Crossroads also serves steak in addition to seafood. Usually when restaurants try to branch out into other cuisines, they usually don’t do as good of a job at it as their original more well known items but I found the prime rib at Dixie Crossroads was a cut above the average prime ribs.

Overall, I would definitely recommend a trip out to Dixie Crossroads in Titusville for a day if you’re headed to the beach or just want some really fresh wild caught seafood. It only took us about 25 minutes to get out there on 528 and I-95, pretty much the same amount of time it takes to get to Disney from Orlando. 🙂

Disclosure: This preview was sponsored by Dixie Crossroads, though I try to remain as neutral and unbiased as possible during my reflections. Thank you to Dawna and Harrison from Dixie Crossroads for making this trip possible and for introducing us to an awesome place.