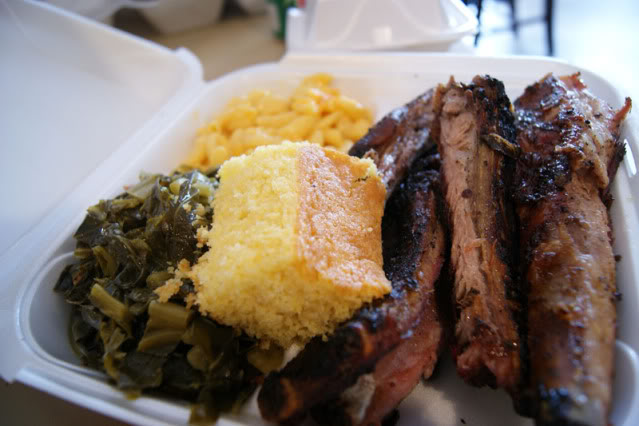 I recently traveled  with my friend Sean over to Eatonville, home of Zora Neale Hurston and writer of Their Eyes were Watching God

. Eatonville is the first African American community to be incorporated as a municipality in the United States (founded circa 1887). Today the city of Eatonville is very tiny, surrounded by Maitland and Edgewater and other suburbs on all sides. The main thoroughfare is Kennedy Boulevard, a street with churches, barber shops, a museum dedicated to Zora Neale Hurston, and most notably, Lowe’s Good Eaton Soul Food restaurant.

Lowe’s Good Eaton was founded by Shea Lowe, 26 years old, just three years ago. A native of Ocoee, Shea has several relatives from the Eatonville area and decided to open up Lowe’s Good Eaton because of his love for food and also for the love of business and money making with his passion for food.

When you enter Lowe’s Good Eaton, you immediately notice that the place could use some TLC, maybe some new paint or new tables and decor. I think it would do well to add something to brighten up the place and freshen it up a bit. In this case though, the old adage holds true that it is quite often the holes in the wall that serve up the best foods. Along their walls they have several awards and recognition, including a check from Delta Sigma Theta Sorority an a certificate for Best Pie 2010 from Orlando Weekly for their Sweet Potato Pie.

On this Friday, I ordered their BBQ ribs with two sides ($11), grilled on site at Good Eaton’s and served only on Fridays and Saturdays. We were lucky to have arrived at just the right time because they ran out of ribs right after we made our order. You order up at the counter where all the side dishes and some of the oxtail, baked chicken, and fried chicken are ready to be scooped up into your plates, kind of like by the lunch lady at the school cafeteria. The side dishes I ordered were the Mac N Cheese and Collared greens as well as a slice of their sweet potato pie ($2.50).

The BBQ ribs were slightly charred from the grill, flaky pieces of meat falling off the bone with every bite. The mac and cheese was a homestyle rendition of the American classic and also an instant favorite. The collared greens were fresh and tasty with bits of pork included. The sweet potato pie was creamy and had all the lovely flavors of smashed sweet potatoes in pie form.

The counter for orders at Lowe’s Good Eaton Soul Food

Inside Look: The Chef and I – Chef’s Tasting Menu – Thursdays thru Saturdays in Orlando