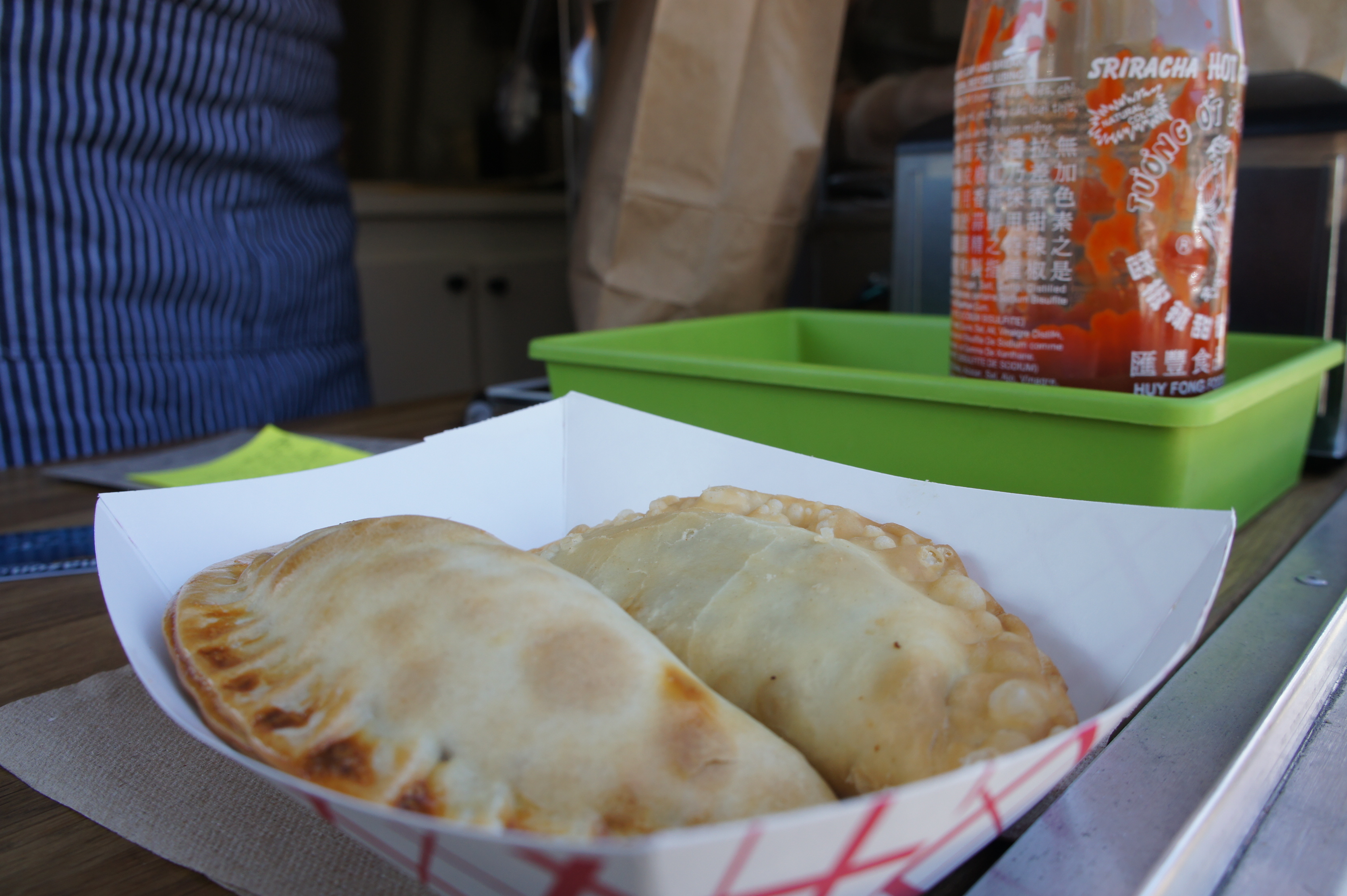 La Empanada is a lovely food truck brought to you in partnership with the good people of Black Bean Deli, the famous Cuban sandwich shop on US 17/92 in Winter Park and winner of numerous “Best Cuban” awards from around Orlando (I think they are thinking Cuban sandwich not Cuban cuisine? =) ).

The truck was actually originally owned by the parents of Andres Corton, head chef of Black Bean Deli. According to their kickstarter.com site, Mami and Papi Corton sold Cuban Sandwiches across East Orlando in this very truck (pre-renovation and upgrades) for over 20 years. Andres, along with friends Gabrielle Arnold and Janelle Luce, used their kickstarter page to help get some seed money to fix up the truck and accomplished their goals, opening their shiny new truck doors in late 2011.

The empanada is a staple of Cuban as well as most Latin American cuisine, very popular as a snack and appetizer / street food and often referred to as “envelope food” where different ingredients such as ham, cheese, olives, eggs, you name it, are all stuffed inside the pastry dough inside. They are then baked or fried for enjoyment.

Some of the best empanadas in Orlando can be found at La Empanada, not too greasy or overly fried, these delicious pockets of joy are a delight. On a recent trip to the Winter Park Farmer’s Market, I found them just off of New England Avenue a block or so away from the market on a beautiful central Florida Saturday morning.

The truck itself is very sleek and clean with a very hip, retro look. The empanadas sit inside a glass case by the main window of the truck, where usually there is a variety of 6 choices daily (changes seasonally) of savory and sweet for empanadas ($3) and also a side like soup or salad.

I had the picadillo empanada, a Cuban classic, stuffed with tasty ground beef, bits of carrots, potatos, green olives, and golden raisins. I also ordered the lentil sloppy joe made with spicy tomatoes, green bell peppers and onions. I enjoyed these empanadas much more than others I have had around town, which often were too greasy or fried or the ingredients weren’t all that great. Baked and filled with great, tasty ingredients, these empanadas at La Empanada were very good, especially with some rooster sauce!

I washed it all down with a can of Parrot brand Young Coconut Juice with pulp, refreshing and lovely.