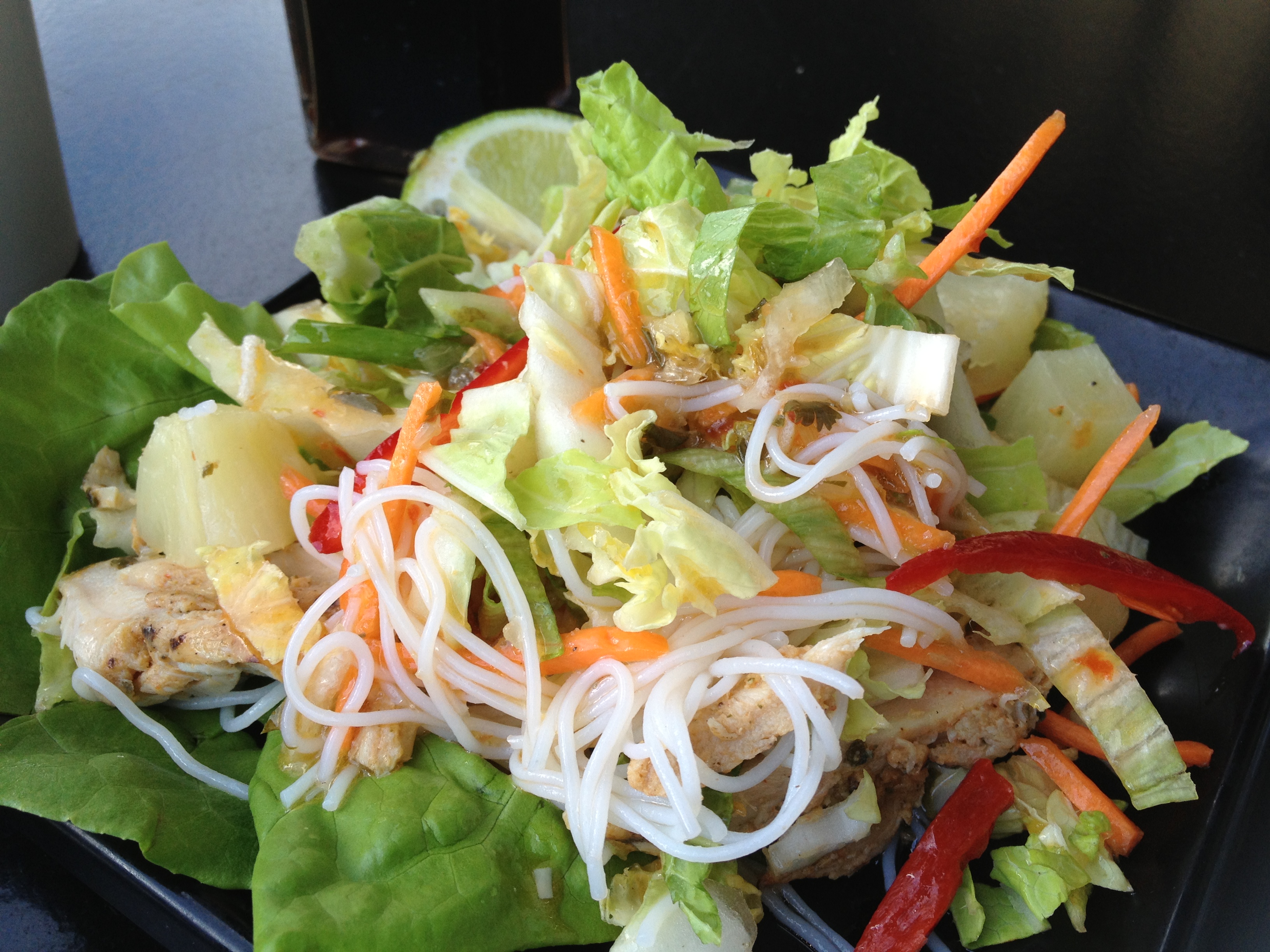 Pei Wei Asian Diner offers a prepared Asian items influenced by the cuisines of China, Japan, Korea, Vietnam, and Thailand. Pei Wei features a counter service where guests order from a cashier, and the food is brought out to the table. The decor is a nice fusion of Asian and modern urban look, and there is an open kitchen where you can see the cooks preparing the foods all beneath giant woks hanging from the ceilings.

I ordered a Lemongrass Chicken Noodle salad, which I found to be a bit too “lemon-y” for my tastes with very little chicken, as well as a custom drink from the Coca-Cola Freestyle consisting of lemonade and Dr. Pepper. Below are photos of the experience!

The Coca Cola machines here are dark black, the first time I’ve seen a color other than red for the machines. Two machines were stationed here, but the first machine was “under repair”.

Find a Coca-Cola Freestyle Near You

A Look at the interior dining room at Pei Wei

The finished product – a very enjoyable, fun way to mix things up with soft drinks