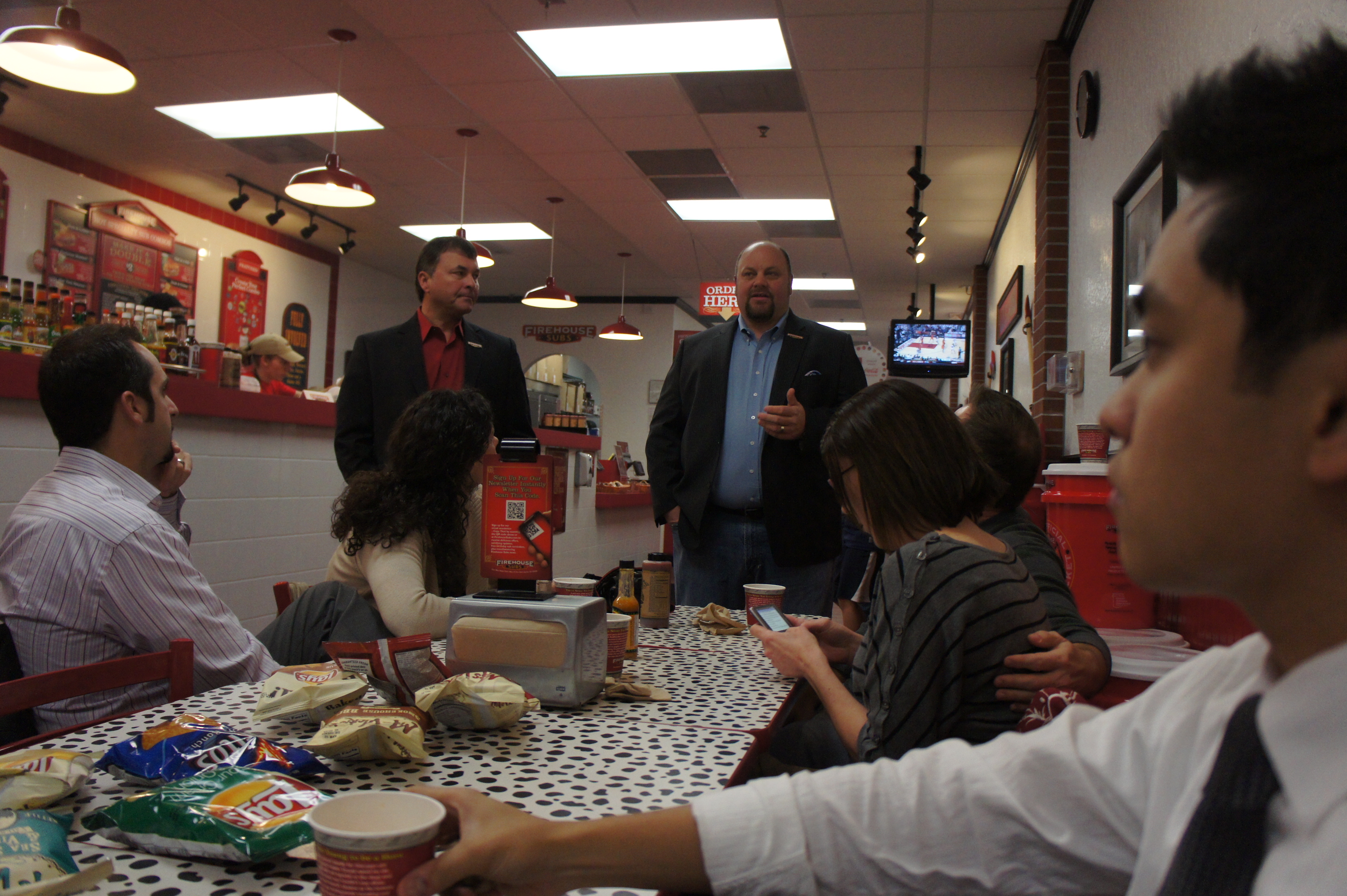 On August 3, 2011, Firehouse subs began placing Coca-Cola Freestyle beverage dispensers in all their stores after a six-month test at the 25 restaurants in the Jacksonville market. Firehouse is the first national franchise chain to utilize the new technology in all franchises.

“The first time we saw Coca-Cola Freestyle, we knew it would revolutionize the beverage industry and we welcomed a test with our partners at Coca-Cola,” said Robin Sorensen, co- founder of Firehouse Subs. “Customers rave about Coca-Cola Freestyle. It offers an interactive experience that when combined with our subs, is unmatched, and has led to a substantial increase in beverage sales. We’re pumped to be the first national chain on the planet to bring the fountain of the future to all of our loyal customers.”

For brothers and former firefighters, Chris and Robin Sorensen, founding Firehouse Subs in Jacksonville, Fla., in 1994 was a dream turned reality.

Chris and Robin also utilized their travels to gain more inspiration for their food and its preparation, including a trip to the famous Carnegie Deli in New York. The result was Firehouse Subs’ unique steaming method, which intensifies the flavors and natural qualities of the premium meats and cheeses, while creating a hot sub that never sees a microwave.

In 2005, the company created the Firehouse Subs Public Safety Foundation, Inc., a 501(c)3, non-profit organization dedicated to improving the life- saving capabilities of emergency service entities in communities served by Firehouse Subs by providing funding, resources and support to public safety entities. Over the past two years, the Foundation has donated more than $3.5 million in life-saving equipment and resources throughout 275 communities.

Find a Coca-Cola Freestyle Near You

Easy to use, with a nice touch screen with countless combinations – Coca Cola Freestyle