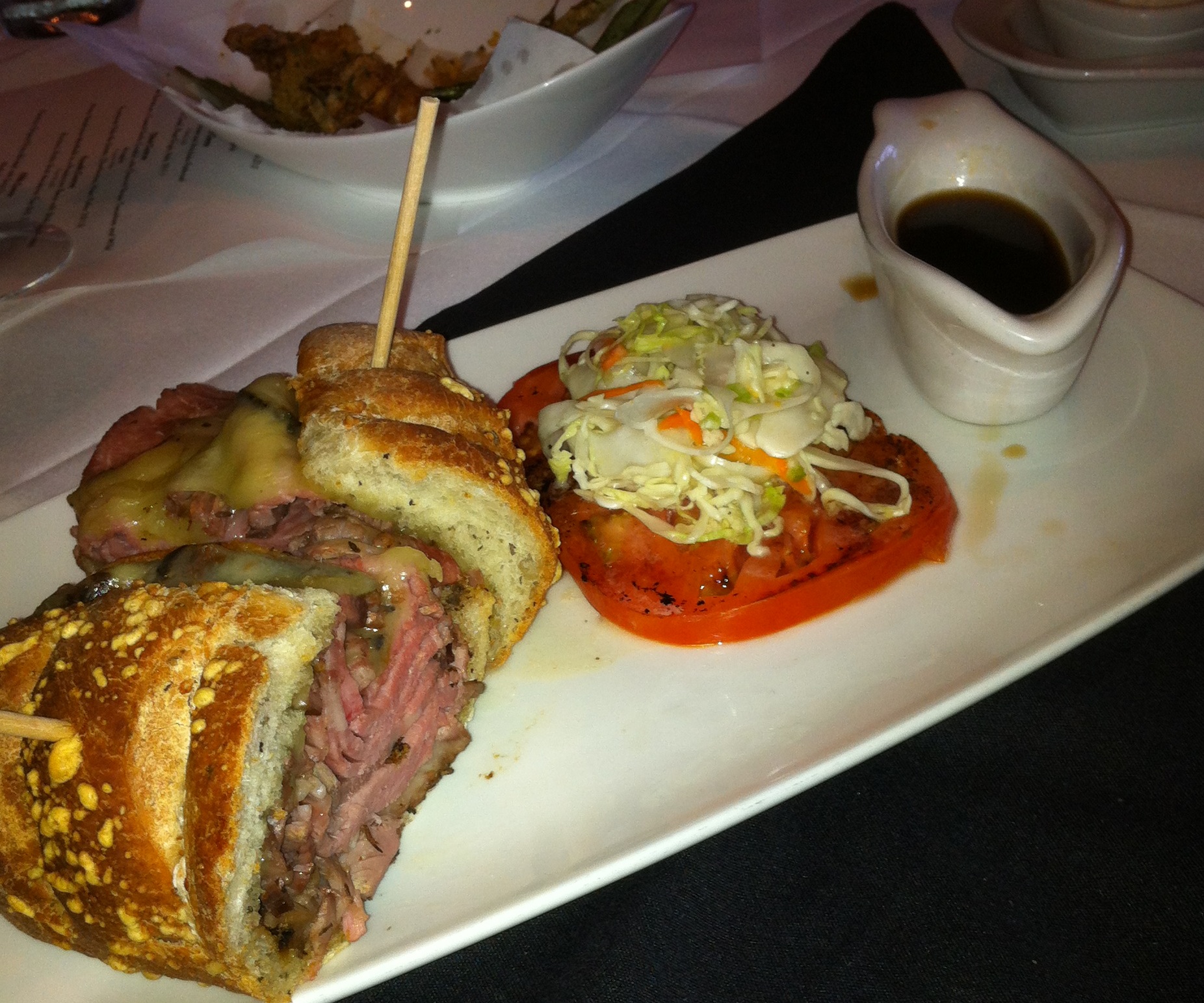 Fleming’s has always been a place to find a well aged steak and a great glass of wine. With a new bar menu of a la carte items it has also become a place to get casual bite to eat. While Fleming’s does have its 5 for $6 ‘til 7. These items are a great addition to that. The tasting menu was a great selection of the best tastes and preparation techniques Fleming’s had to offer. The wine pairings also complimented each dish from white to red, with each one complimenting the flavors of each dish. 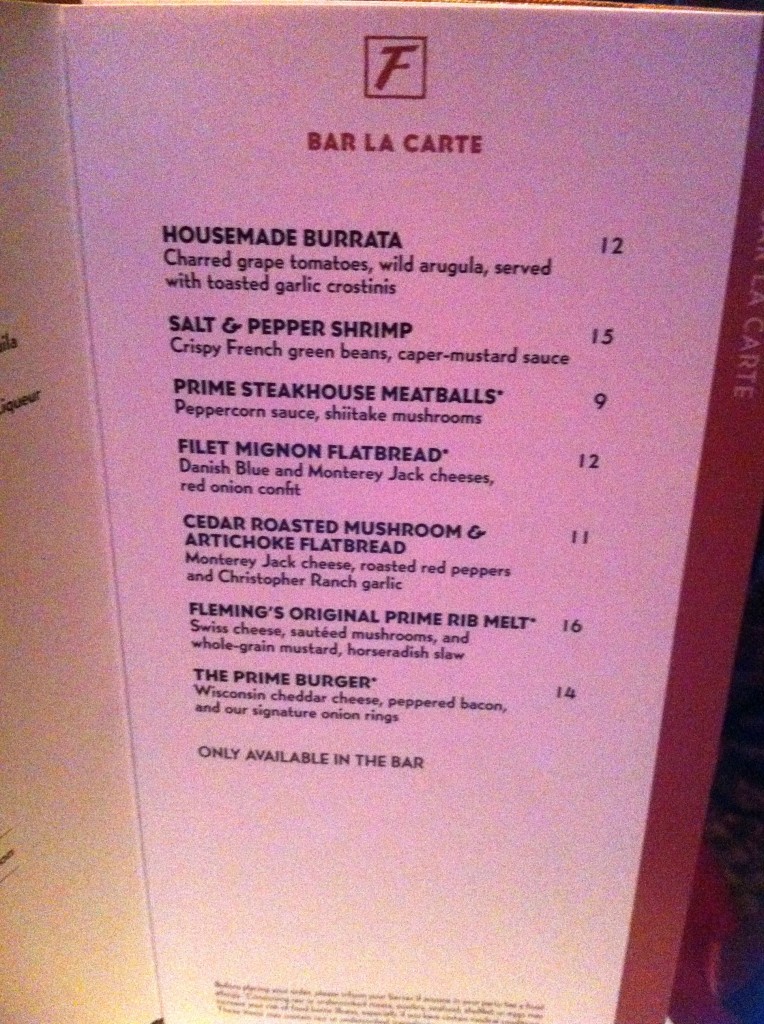 The first course with the fresh Salt and Pepper Shrimp with a delicious caper-mustard . The shrimp was well cooked and the breading did not overpower the taste of the shrimp. An additional surprise was a fried lemon wheel that added a great brightness. Paired with Conundrum, White Blend, California 2010 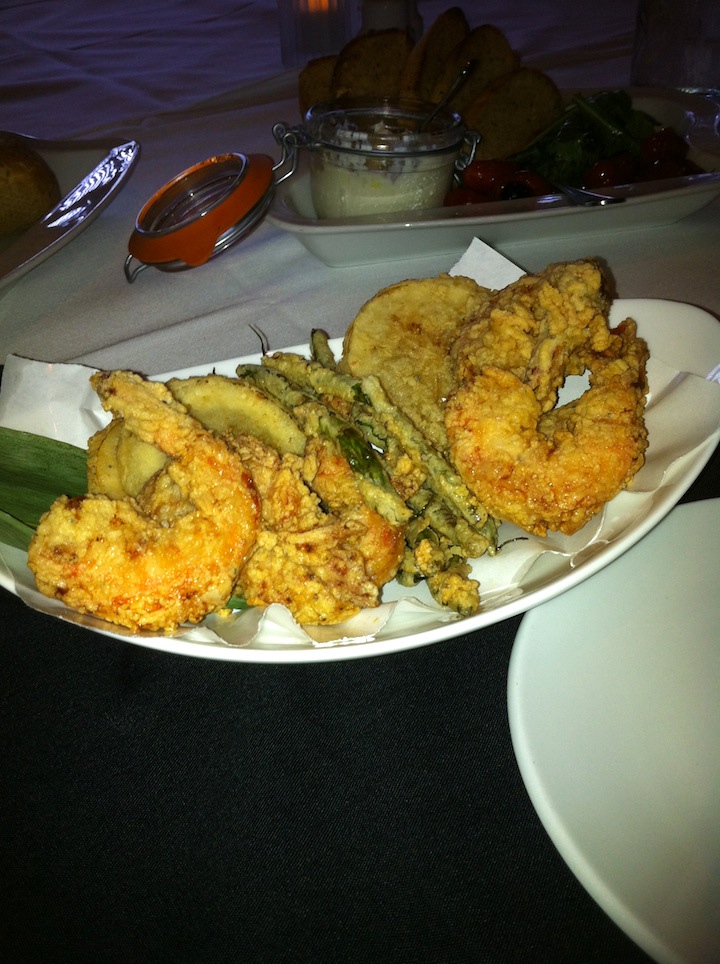 The third course was a House Made Burrata on Toasted Garlic Crostini with Charred Grape Tomatoes and Wild Arugula. This was the favorite dish of the entire group. The Burrata had a great texture and had the right elements of saltiness and creaminess. I advised the head chef that he should jar this and sell it because it was that delicious. The chardonnay that was paired with this dish was also my personal favorite. Paired with Franciscan Oakville Estate, Chardonnay, Napa Valley 2010 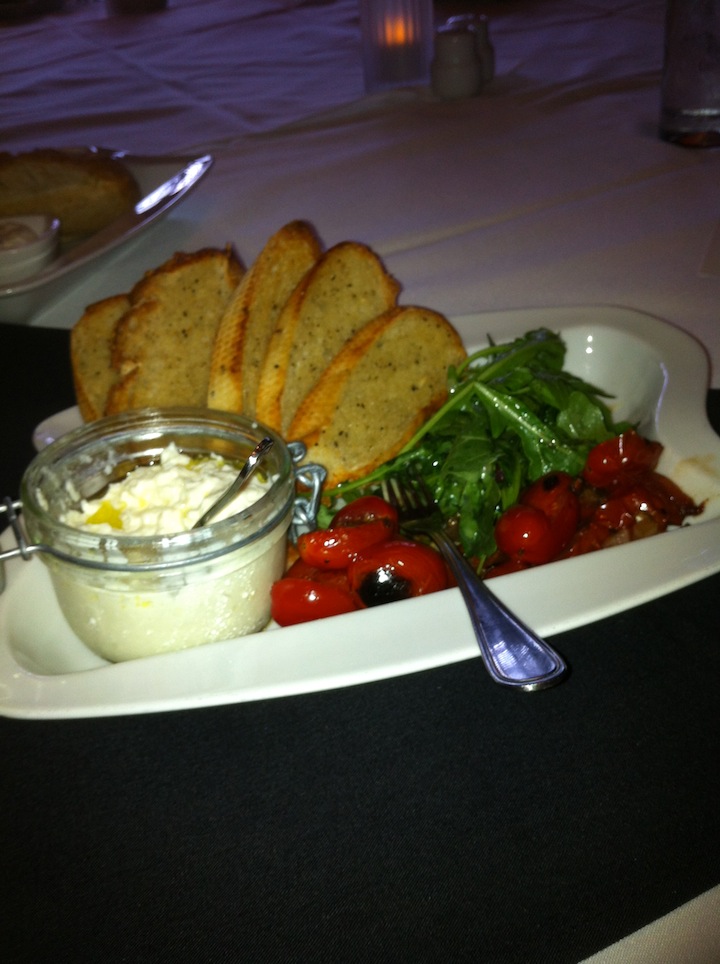 The fourth course was the Prime Steakhouse Meatballs in Peppercorn Sauce with Shiitake Mushrooms. The meatballs tasted of how a great beef meatball should taste. The great flavor of the shiitake mushrooms and the peppercorn sauce tied all the elements together. Paired with Parducci, Petite Sirah Mendocino True Grit, 2008

The fifth course was Fleming’s Original Prime Rib Melt with Swiss Cheese, Sauteed Mushrooms, Whole Grain Mustard and Horseradish Slaw. If you could imagine a great prime rib sandwich where the meat is tender, juicy, and isn’t outweighed by its other elements. This is that sandwich. Paired with Pascual Toso, Malbec Mendoza Argentina, 2011.

The sixth course was a Filet Mignon Flatbread with Danish Blue and Monterey Jack Cheeses topped with an Onion Confit. Some about this dish while very american had great flavors that reminded me a childhood dish my mother used to make. It had the right amounts of beef and the great onion confit was a perfect touch. Paired with Langmeil, Three Gardens SMG Barossa Australia, 2009 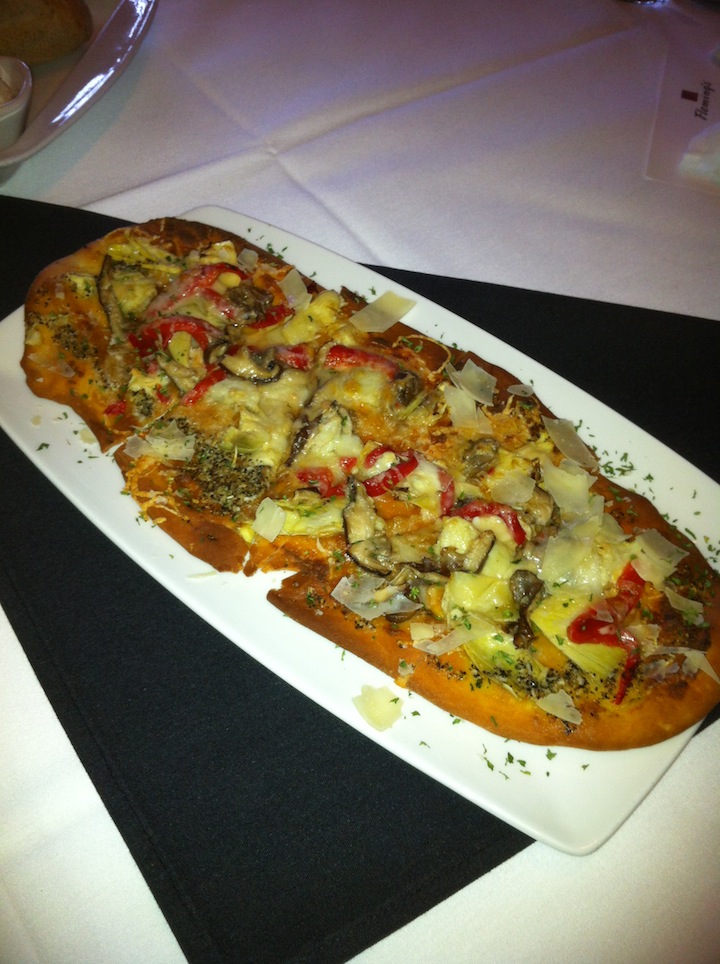 While other great steak houses may offer bar menus, Fleming’s has done it right and it has me considering Fleming’s for my next casual dinning experience.