Located on Carter Street just west of downtown Orlando and east of Orange Blossom Trail, Nikki’s Place is one of the last few places specializing in soul food in Orlando. The place itself is small and humble, with only a few dining tables and a minimally decorated space. The walls are adorned with various newspaper clippings and photos with community leaders and celebrities who have visited over time.

Despite its humble setting, quite a few Mercedes and Lexus cars were parked out front, and a few folks from the city could be identified eating inside. I wondered to my dining companion that afternoon if this was like Orlando’s own version of Freddy’s BBQ joint from the House of Cards, where Mr. Frank Underwood would go to scheme his political ascent over a plate of ribs.

The restaurant actually has quite the history as outlined in the Nikki’s Place article by Orlando Sentinel’s Heather Mcpherson. Although known as Nikki’s Place since 1999, the restaurant was originally opened in 1949 and was known as Roser’s Restaurant. The restaurant continues in the tradition of serving good Southern comfort food, simple and straightforward.

Portions are not outrageous as some other soul food places have known to be, and that’s not necessarily a bad thing. It was just the right amount to be full but not overstuffed, particularly the side portions.

My collard greens and mac and cheese were both very good while my pork chop was fried to a nice juicy crisp. I had actually wanted the smothered pork chop, and the staff were kind enough to bring a small cup of the gravy and onions to smother my pork chop in after inquiring.

Overall, a very enjoyable lunch and will likely return to this neighborhood spot to try some of their sweet potato pie. 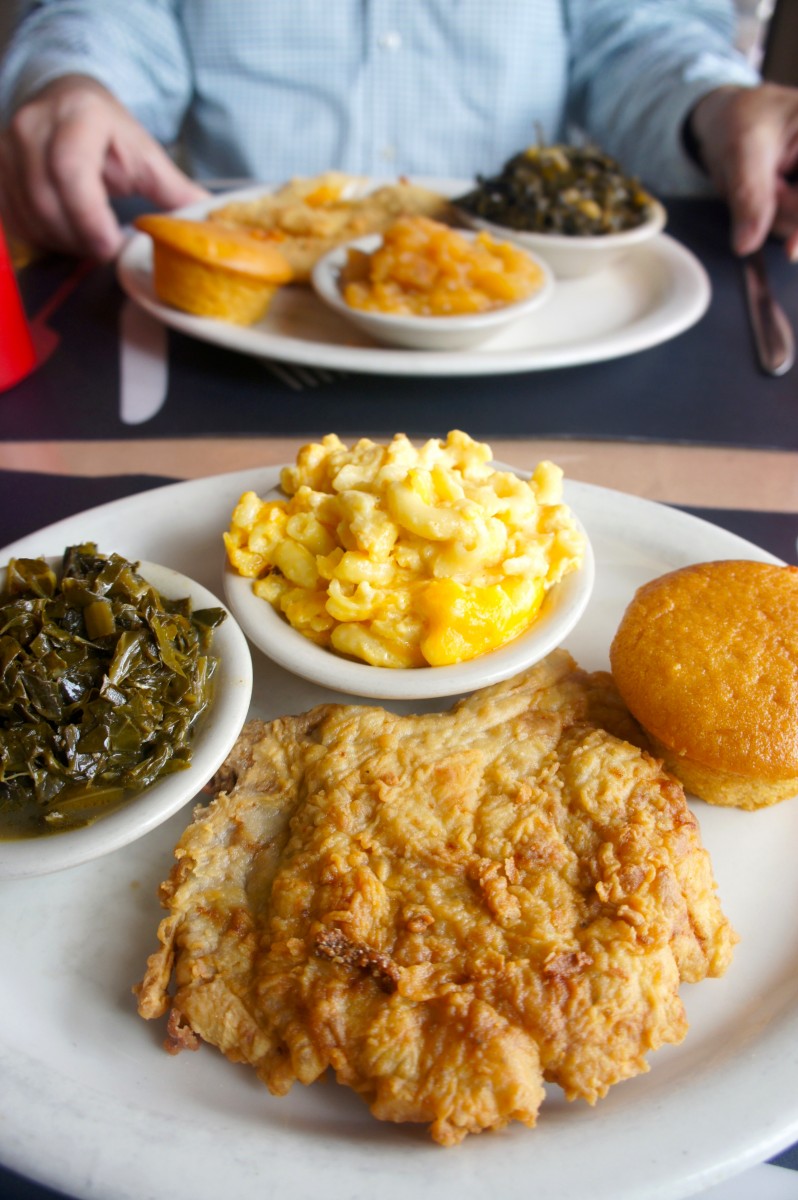 Inaugural Epcot International Festival of the Holidays – now through December...

Epcot Food and Wine Fest’s Party for the Senses 2014