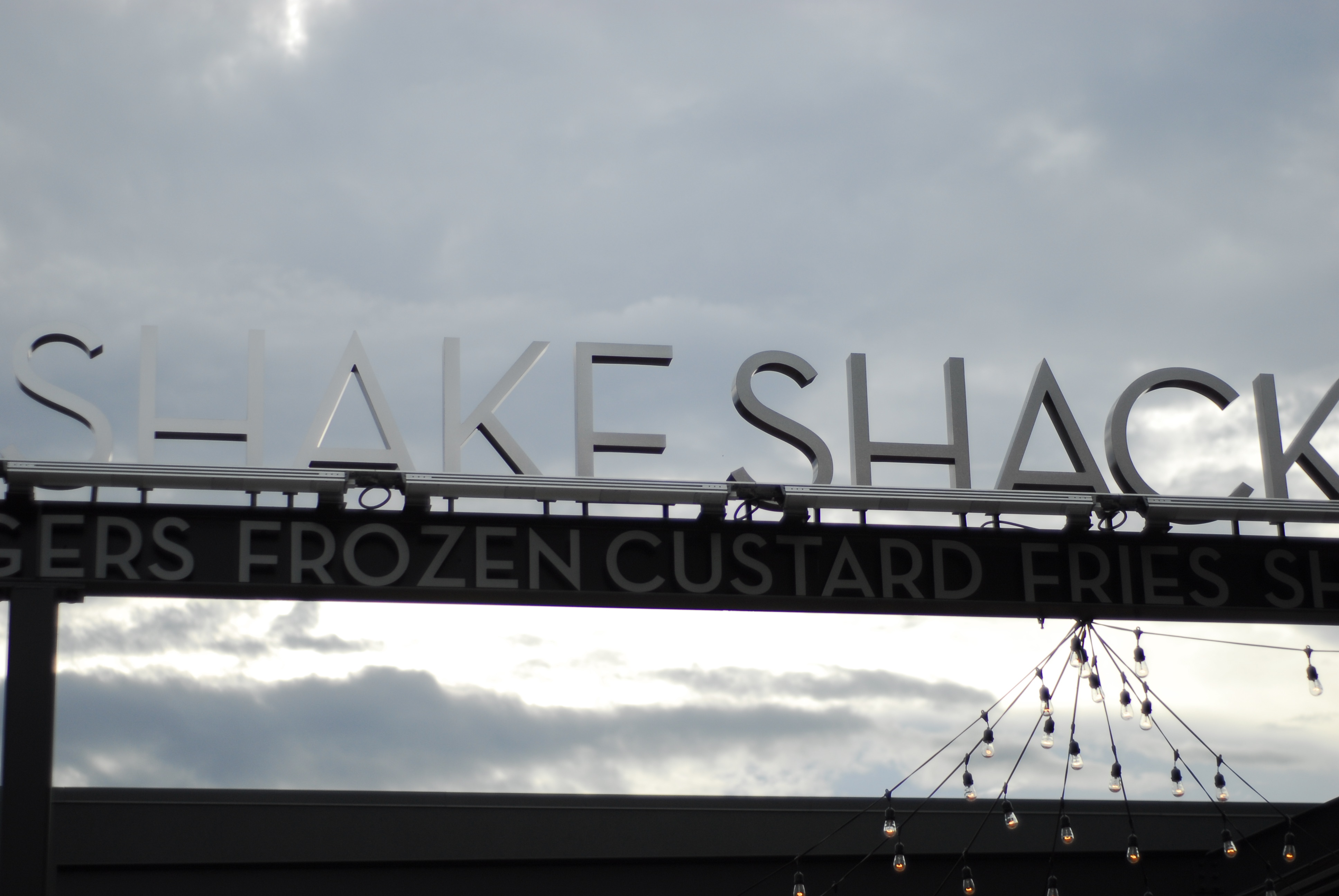 Shake Shack – if you might not have known – is a New York based food chain started in 2004 who prides themselves in serving the highest quality burger, brews, and shakes in a great atmosphere and with the busy individual in mind.

As part of their grand opening we were invited to their special Friends and Family practice which allowed us to try numerous of their menu item combinations. 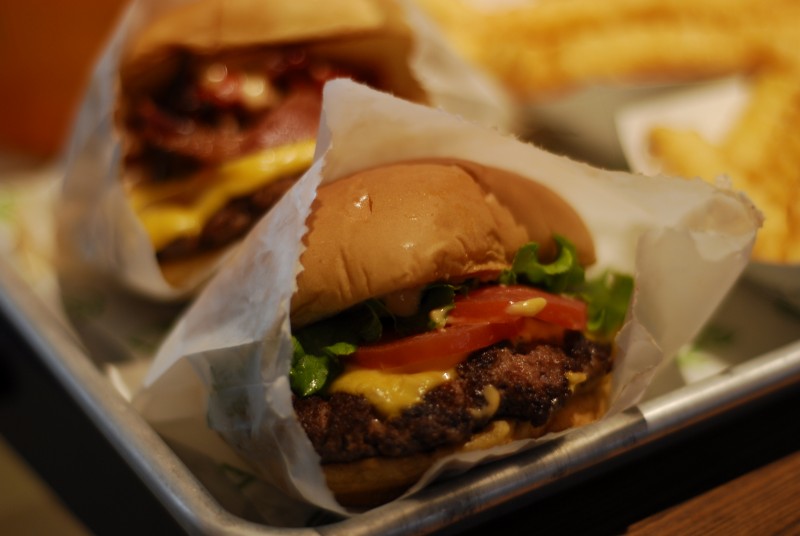 First on the menu was the SmokeShack burger, a succulent and hearty burger topped with lettuce, tomatoes, all natural apple-wood smoked bacon and cherry pepper. This burger was delicious, most noted however is the crispiness of  the bacon which complimented the 100% Angus beef that Shake Shack prides itself with.

To wash that down we had some of their delicious peanut butter shake. Now, personally, I do not enjoy shakes due to my lactose intolerance and personal taste, however it is to note that I particularly enjoyed this shake as it wasn’t comparable to drinking a tub of peanut butter commonly found in items whose main ingredient consist of peanut butter and didn’t leave me regretting ever drinking any milk product later that night.

Shake Shack also offers Beer brewed by Brooklyn Brewing Co. created specifically for Shake Shack, and wine made by Frog’s Loop in Napa Valley made especially for them as well.

This day we tried their Shackmeister Ale – an American Pale Ale with a nice body and bold flavors.

Typically when a restaurant offers their own line of beer I get skeptical as I find them on the same quality of typical “tailgate beers” such as Natural or Bud Light, however, I was surprised to find how great the Shackmeister Ale complimented the burger well. And nothing is more American in my opinion than a burger with a brew…but then again everything is good with good beer. 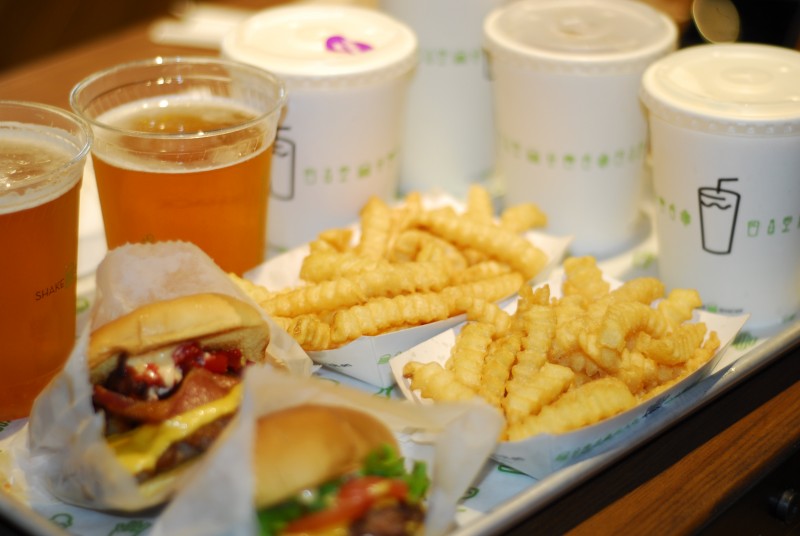 Our experience at Shake Shack was great, their staff was very friendly and explained to us everything, as well as the service being superbly fast given the sheer number of people overwhelming the store on opening day.

With an excellent selection of amazing food I would recommend stopping by this location if you happen to be there whether it be at the convention center or seeing the Orlando Eye.

Fun fact, Shake Shack allows dogs and offers dog biscuits your dog would love, so the next time you stop by at one of your locations remember you can bring your favorite furry friend as well! 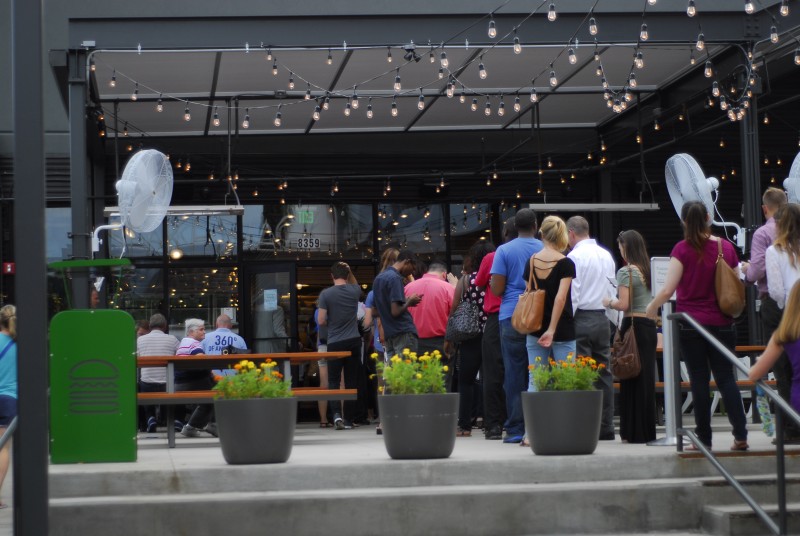 Inside Look: The Whiskey on Sand Lake with Chef Chastity Harvey

Scenes from Tasty Tuesdays in The Milk District with Orlando Food...