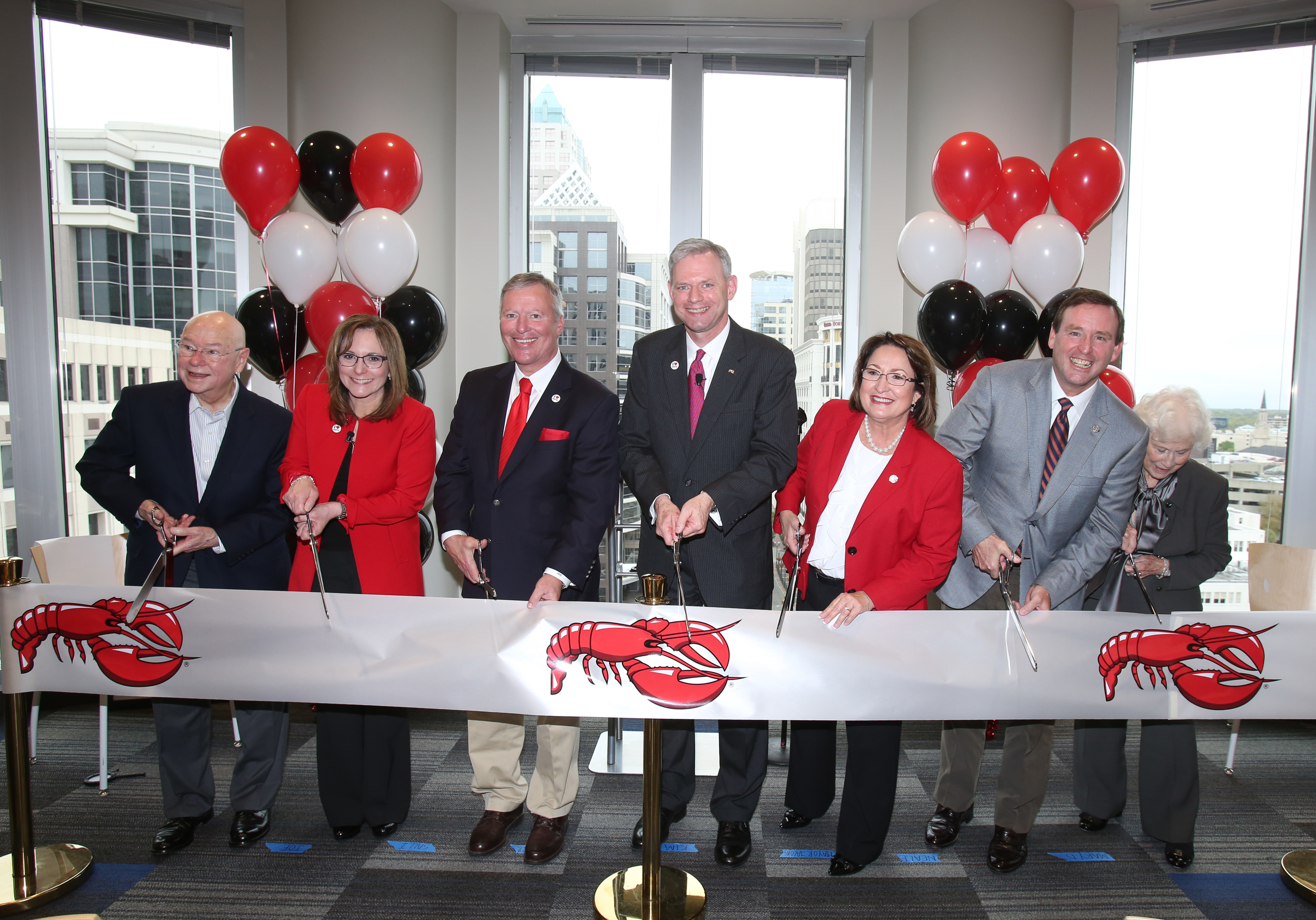 A year ago, parent company Darden Restaurants cut loose the Red Lobster chain, selling it off to Golden Gate Capital. In the year since, the Red Lobster folks moved their headquarters to offices in downtown Orlando, right next to City Hall.

As an independent company, Red Lobster can now focus on long-term initiatives, is more nimble and can execute on decisions more quickly. Over the past year, Red Lobster has begun:

This year, Red Lobster is focused on four key areas:

Chef Dustin Hilinski is the Executive Chef and Director of Culinary for Red Lobster, where he leads the team of chefs who develop all of the menu items across Red Lobster’s more than 700 restaurants.

Chef Dustin told us, “I’ve grown up in the foodservice business, following in the footsteps of my father who worked as a chef. After deciding that culinary development and creation was my passion, I attended the Culinary Institute of America and began my professional career working in hotels and restaurants across the United States and Europe.”

“Ultimately, I got into research and development, and I began to offer my expertise to various clients as a culinary consultant before going to work at H.J. Heinz, where I led food development for foodservice and specialized in innovation. I joined the Red Lobster team a few years ago and am excited about all the opportunities to create new and exciting dishes for our guests.” 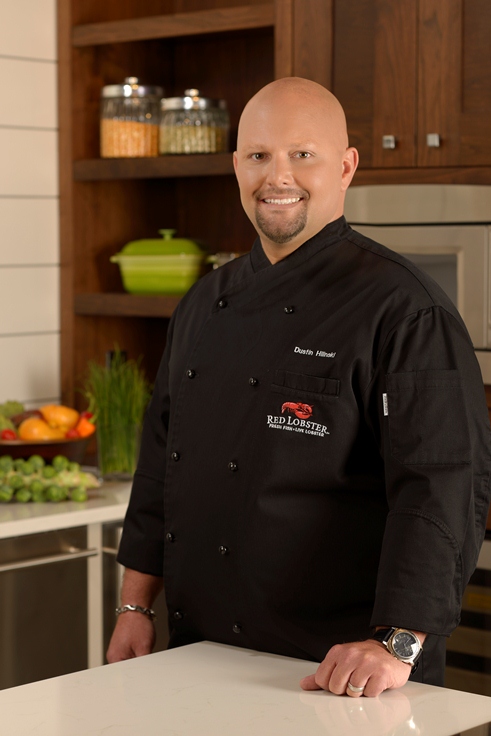 Where were you before becoming Executive Chef at Red Lobster?

Before coming to Red Lobster, I was Senior Corporate Chef at H.J. Heinz, where I led development of foodservice concepts and products. My specialty is innovation, and I got many opportunities to leverage my skills by helping to create things like a new line of breakfast condiments. I know “breakfast condiments” doesn’t seem very exciting, but it actually is. I really enjoyed playing with different flavor combinations to develop these new recipes, like strawberry jalapeno jelly or cinnamon honey mustard.

What are some of your favorite dishes on the menu now?

That’s a tough one. I would say my absolute favorite is the Wood-Grilled Lobster, Shrimp and Salmon. I love the variety of seafood in the dish, and the wood-grilling and delicious brown butter sauce really gives it a nice flavor. 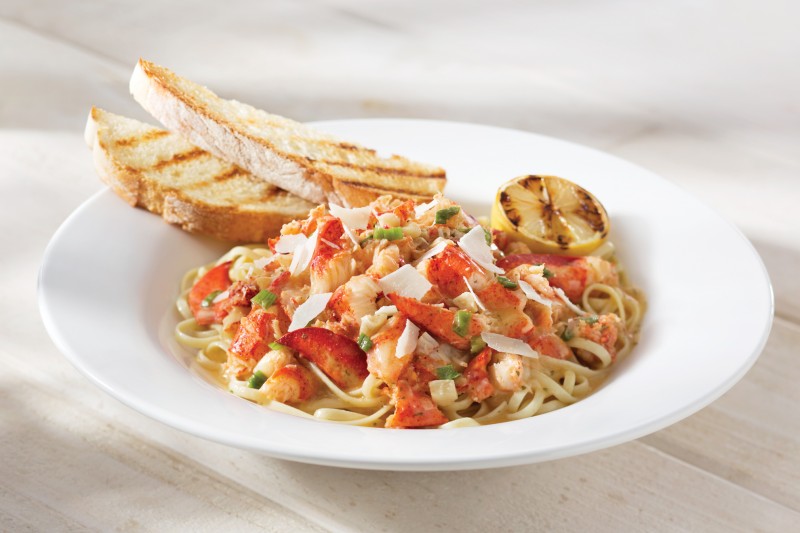 The Lobster Scampi Linguini is also fantastic. It has just as much lobster as there is pasta – 6 ounces of lobster meat and 6 ounces of pasta. There really is lobster is every bite. It’s a great way to enjoy lobster in a pasta. And, of course I love some of our classics like coconut shrimp with piña colada sauce.

What are you planning for at Red Lobster this coming season? What changes are being made to the menu since the changes in management?

We have some really cool things in the works, but it’s really too soon to talk about what’s next. What I can say is that we are focused on being not just the biggest seafood restaurant but the best by delivering great seafood options to our guests. Our new menu that we launched in November is just the first example of this.

With the new menu, we introduced new lobster-based entrees to deliver on our namesake protein. Now, there are lobster options on virtually every page of the menu at a broad range of price points.

In addition to lobster, shrimp has always been a high-demand menu item, but guests craved more variety and bigger shrimp. We wanted to really wow our guests so this month we introduced our first-ever Big Shrimp Festival with more variety and some of the biggest shrimp we’ve ever had on the menu. Big Shrimp Festival showcases our culinary expertise with six premium shrimp preparations, which includes new flavors and old favorites like Extra Jumbo Spicy Sriracha-Grilled Shrimp and Parrot Isle Jumbo Coconut Shrimp.

Overall, one of the things I’m most proud of is that we’ve introduced new on-trend flavors and have been experimenting with emerging trends. As a result, we are already hearing from our guests that they are excited about the new menu and that they really love the new menu items. Hearing that that guests are loving seafood as much as I do is one of the greatest pleasures I get out of this job! 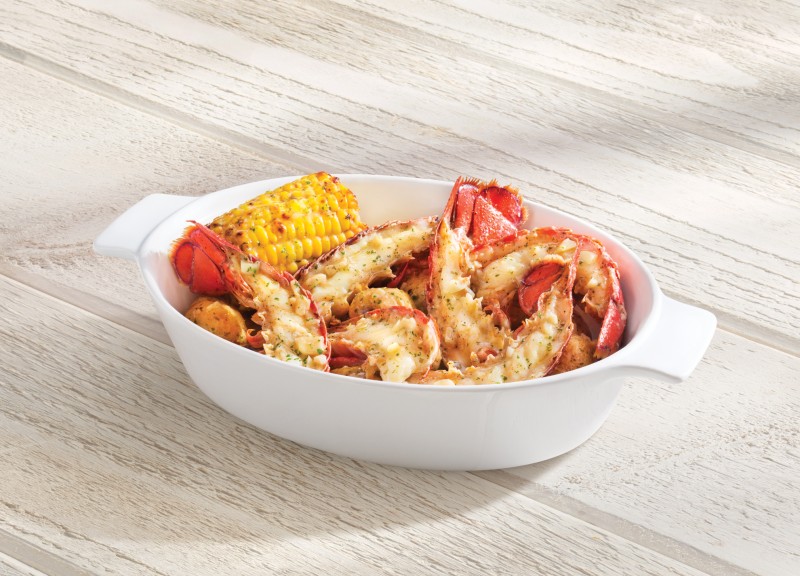 Where do you dine when not at Red Lobster here in Orlando?

If I am not at Red Lobster, I am at home with my three boys experimenting with new flavors and dishes – they love to cook! I’m so fortunate that my profession is my passion and that we live in an area with great seafood. A lot of my inspirations come from my personal life. Cooking and traveling allows me to try out new flavors and innovate in ways that often translate on to the Red Lobster menu.

• My father was a chef
• I’ve served as a guest judge for the South Beach Food & Wine Festival and was featured in the Culinary Institute of America’s Pro Chef instructional video series
• I have over 500 cookbooks, some form the 1800s.
• When I was young, we dined at Red Lobster, and I decided to slip a few oyster shells in my pocket because I thought they were cool…until my mom found them under my bed a few weeks later.

Being the son of a chef we had a lot of variety and interesting things to eat, but I have always loved seafood and that inspires me now when working on new menu items for the Red Lobster guest. 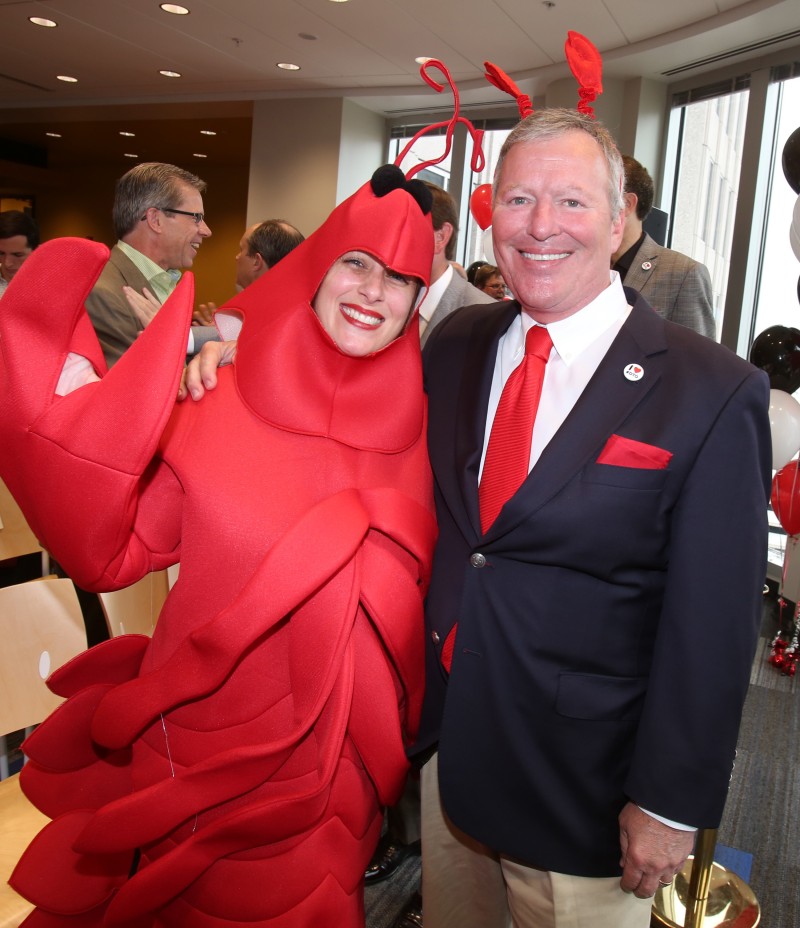