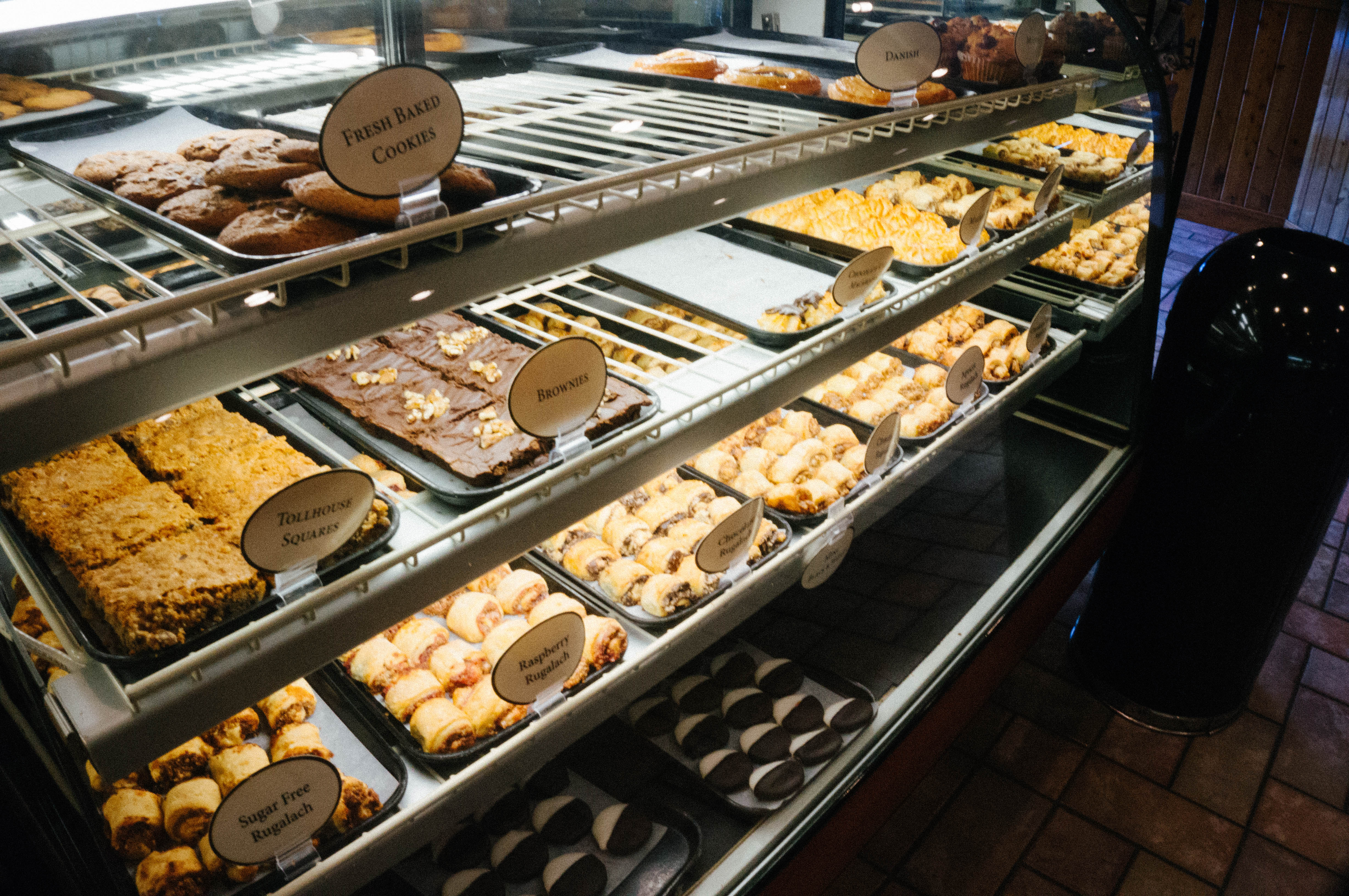 The moment you walk through the entrance doors, you are welcomed by a tempting deli case of fresh meats and cheeses, irresistible desserts and the aroma of fresh-baked bread. Before it was an industry trend, TooJay’s had already established their authenticity with classic Reubens, pastrami sandwiches and legendary black and white cookies. 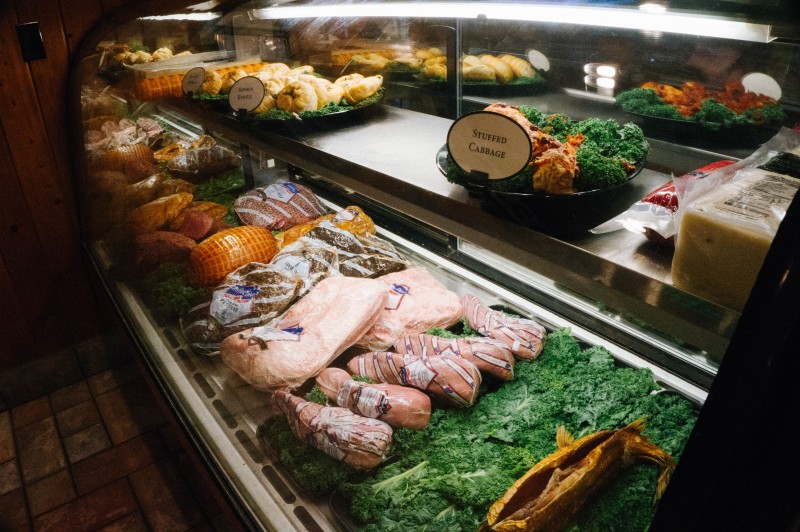 It seems like new restaurants are popping up daily with creative and modern remakes of every possible dish you can think of. However, recently I visited Toojay’s.

A friendly restaurant chain that’s been opened for decades (35 years this year!) that offers traditional delicatessen and gourmet baked goods. The original location was founded by Jay Brown and Mark Jay Katzenberg, the two “Jays” who combined their names to form the “brand. The partners’ first deli was established on the island of Palm Beach, where it is still open and flourishing today. 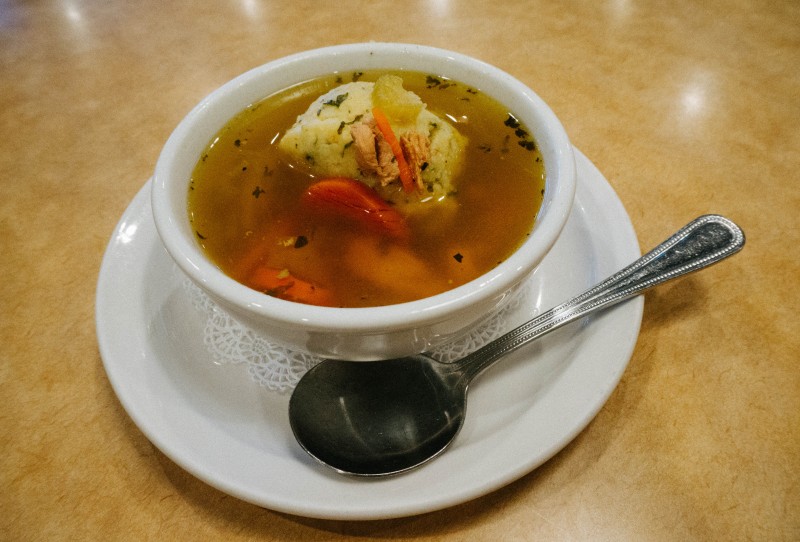 The Matzo balls were light and fluffy, almost like a dumpling without the wonton shell. Served in a rich chicken broth with carrots and onions (the same broth you would taste in chicken noodle soup). 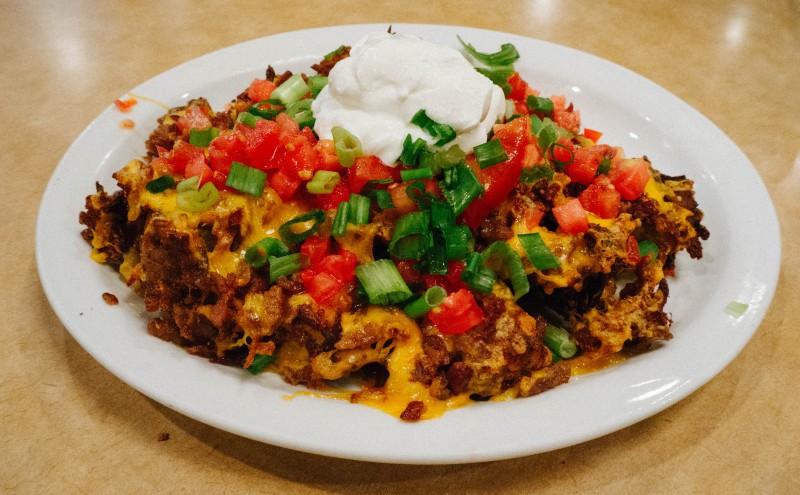 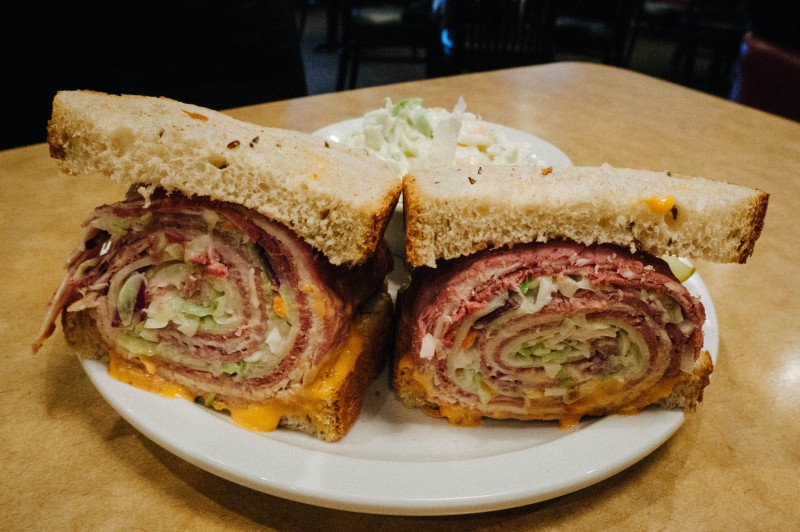 Corned beef, roast beef, turkey and Swiss cheese rolled with lots of Cole slaw and Russian dressing. A genius way to stack meats, since everything was kept together & I didn’t have bits of slaw falling all over the place. Also, all the meats are carved on the spot when ordered, so everything is fresh! 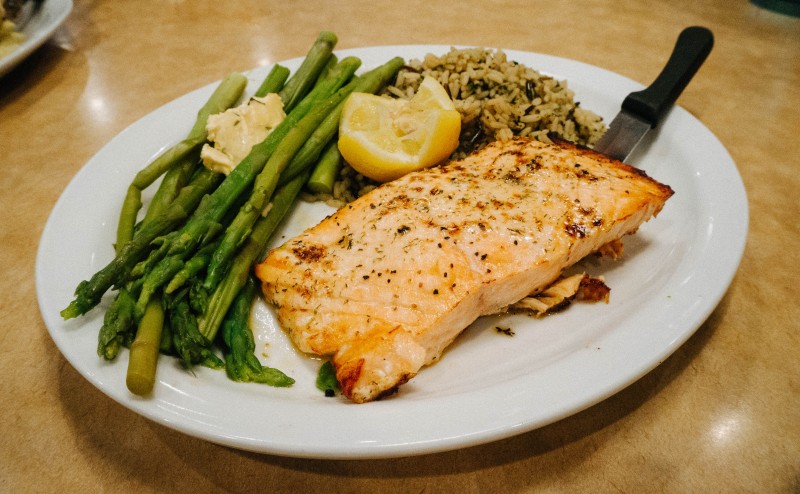 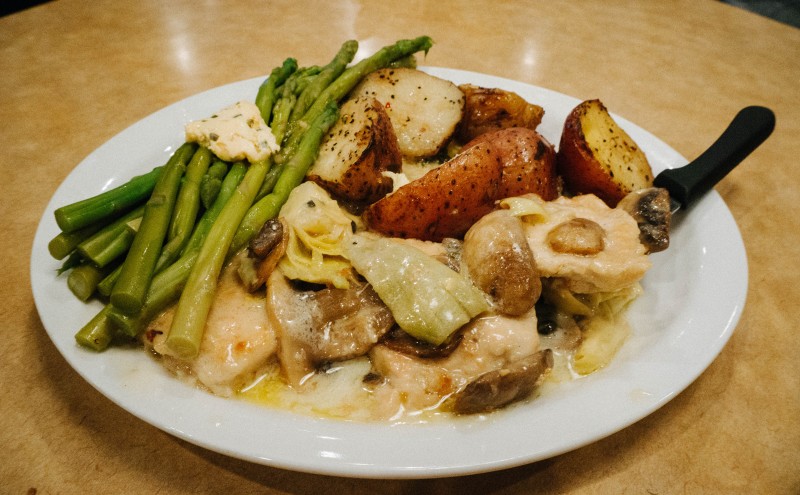 Chicken Capri (12.29)
Tender chunks of chicken sautéed with mushrooms, artichoke hearts and capers and topped with a lemon butter white wine sauce. Served with roasted potatoes and a fresh vegetable. creamy and hearty with a real taste of home made. 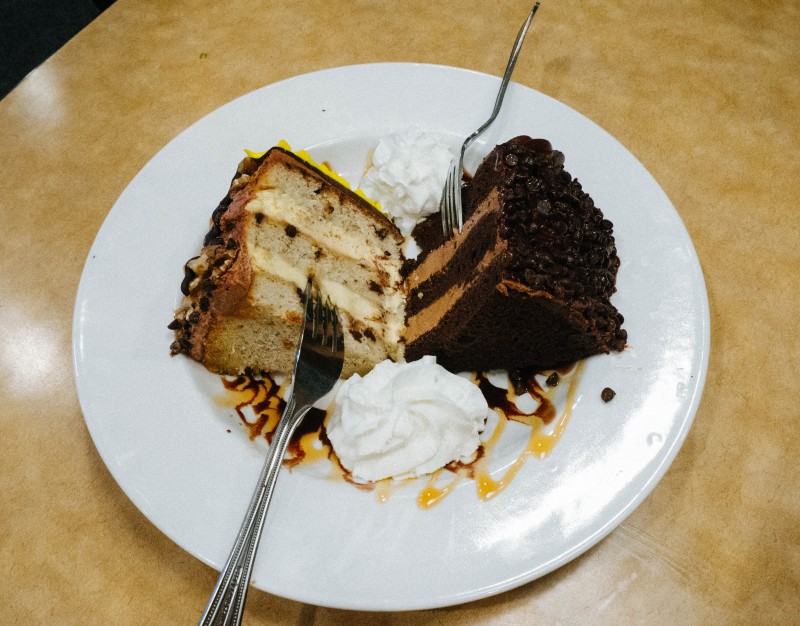 Toojay’s was definitely a comforting place with familiar entrees for everyone.

TooJay’s has locations in these areas: