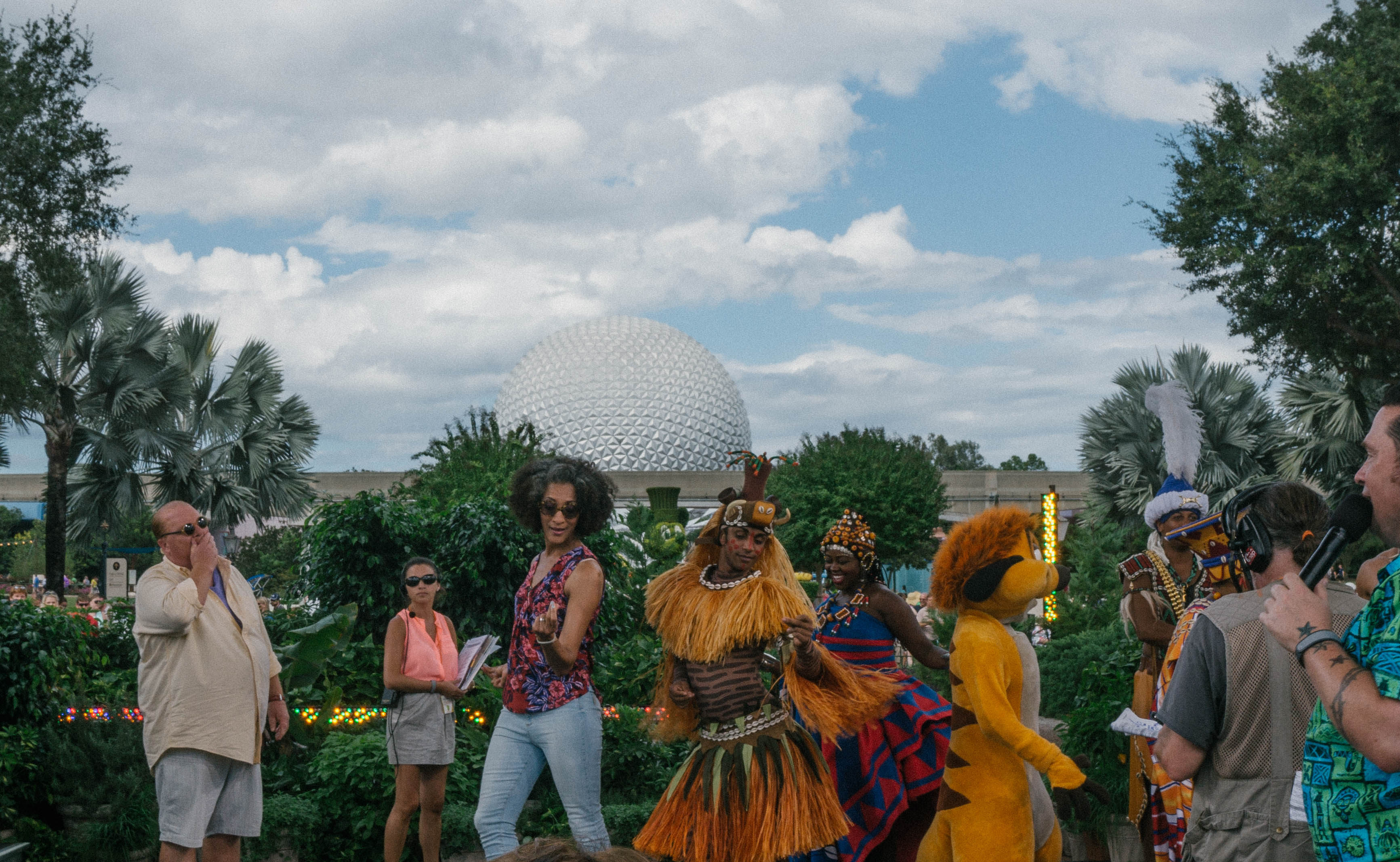 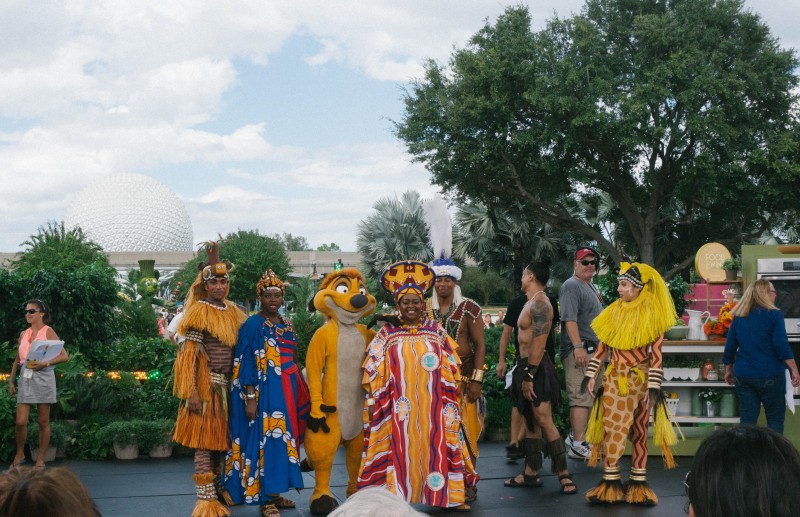 THURSDAY, OCTOBER 15 – “TRY SOMETHING NEW!” — Clinton Kelly and Carla Hall visit Disney’s Magic Kingdom; the cast of “The Festival of The Lion King” performs.
I was lucky enough to be a part of the crowd for the live taping of the show! 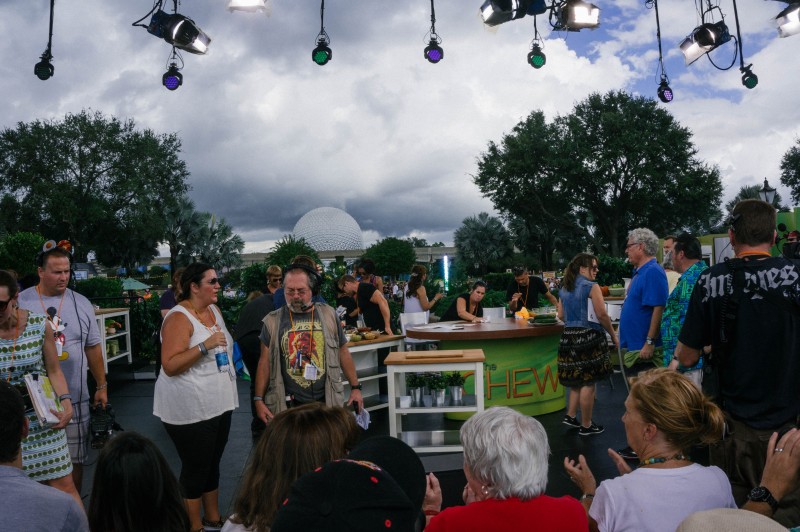 Although Florida’s weather can be unpredictable and brutal, the entire cast was lively and entertaining. 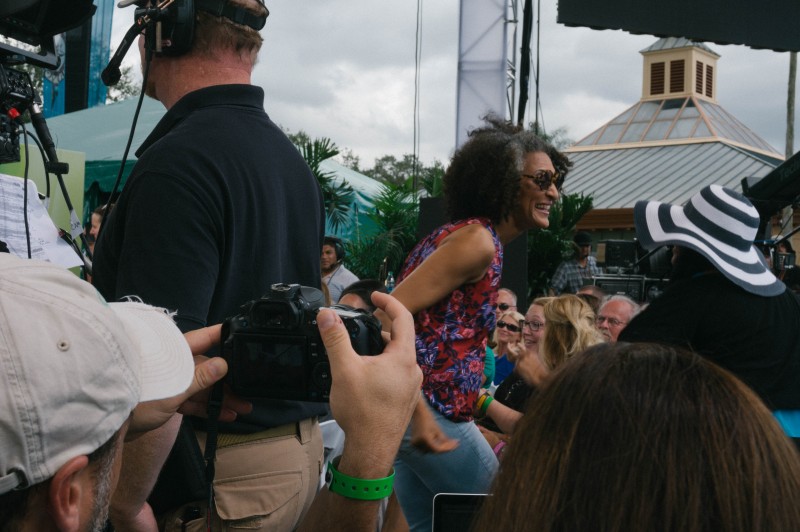 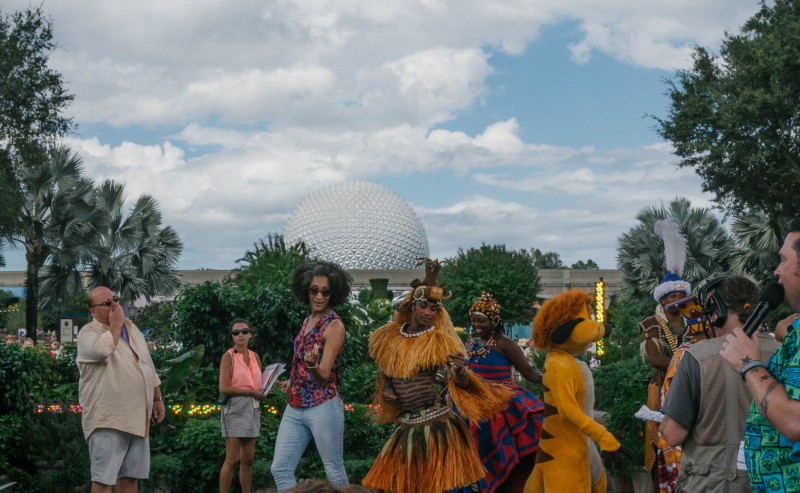 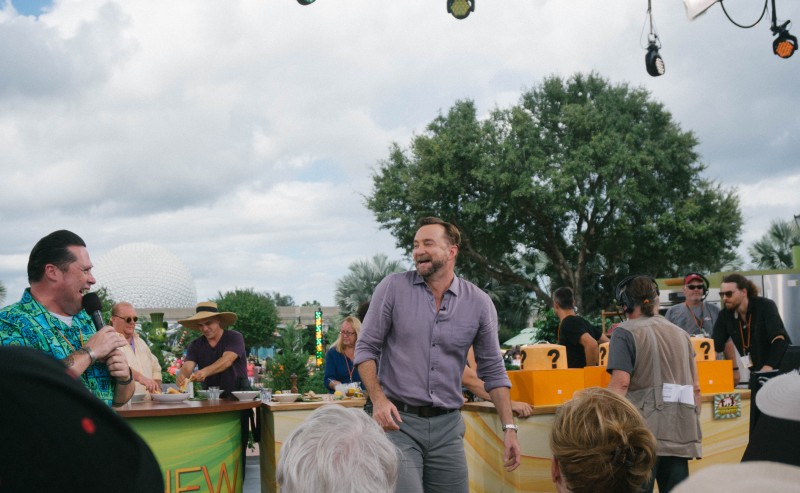 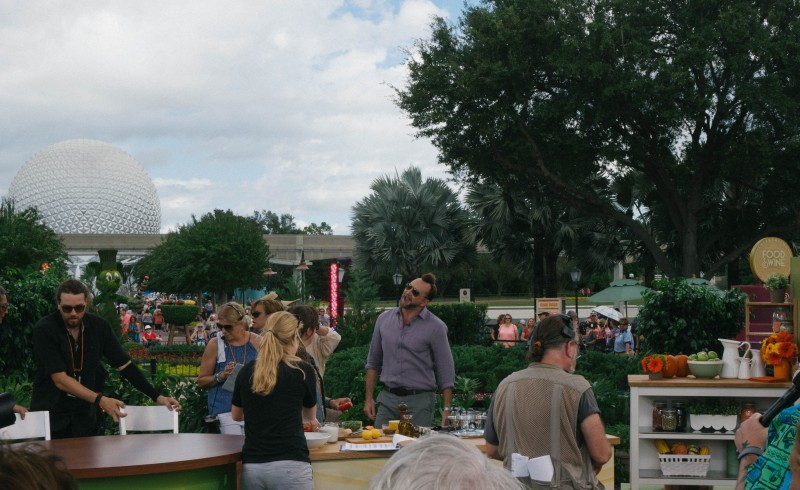 Clinton was also upbeat as he dances to “shake it off” during commercial break. 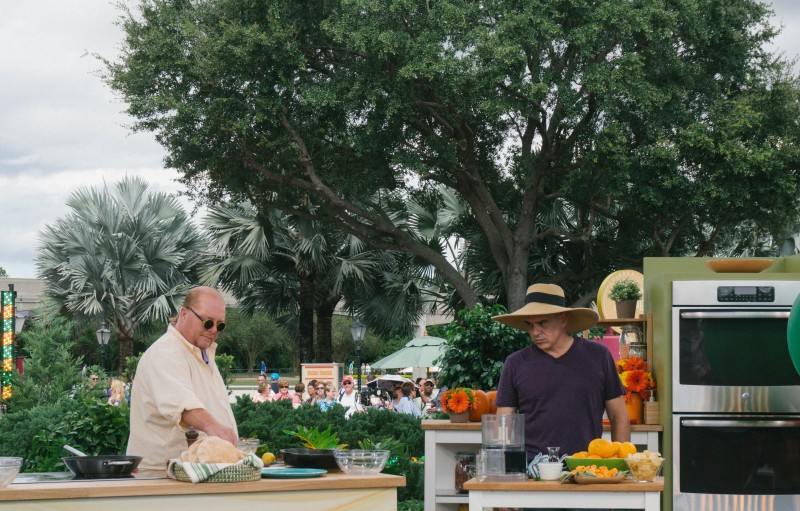 Mario and Michael made a great duo as they work together to brain storm on the dishes.

For the first time in the history of ABC’s “The Chew,” the show traveled to Orlando, FL to tape a week of programs highlighting all of the food, fun and festivities of the Epcot International Food & Wine Festival at Walt Disney World Resort. Co-hosts Mario Batali, Michael Symon, Carla Hall and Clinton Kelly had a magical experience with stellar dining, thrilling rides and one-of-a-kind experiences, including visiting Animal Kingdom and buckling in for a high-speed adventure at Test Track presented by Chevrolet in Epcot. 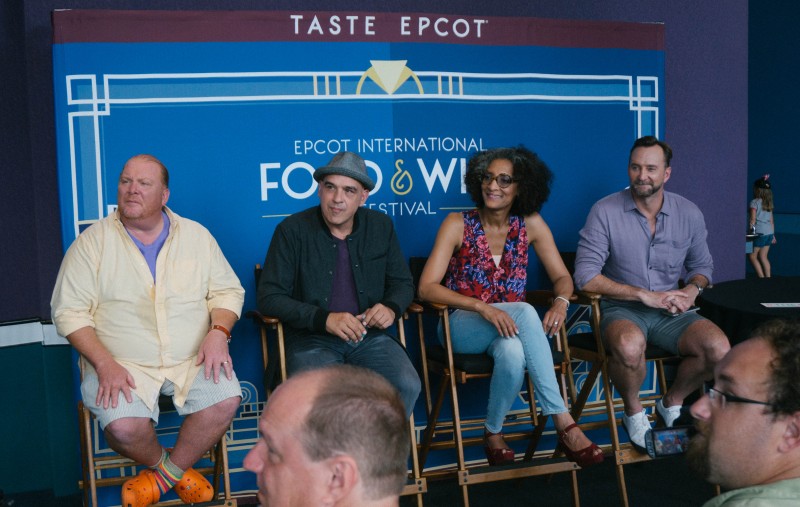 Guests included Alfonso Ribeiro (ABC’s “AFV”) and Bellamy Young (ABC’s “Scandal”) . “The Chew” also surprised its live audience with appearances from the classic Disney characters Mickey Mouse and Goofy and a performance from the cast of Disney’s “Festival of The Lion King.”

FRIDAY, OCTOBER 16 – “YOUR PERFECT PARTY PLAN” — The perfect party snacks and cocktails; “The Chew” co-hosts stop by the Rockin’ Burger Block Party; a look back at some of the show’s favorite moments at the Epcot International Food & Wine Festival from Walt Disney World. 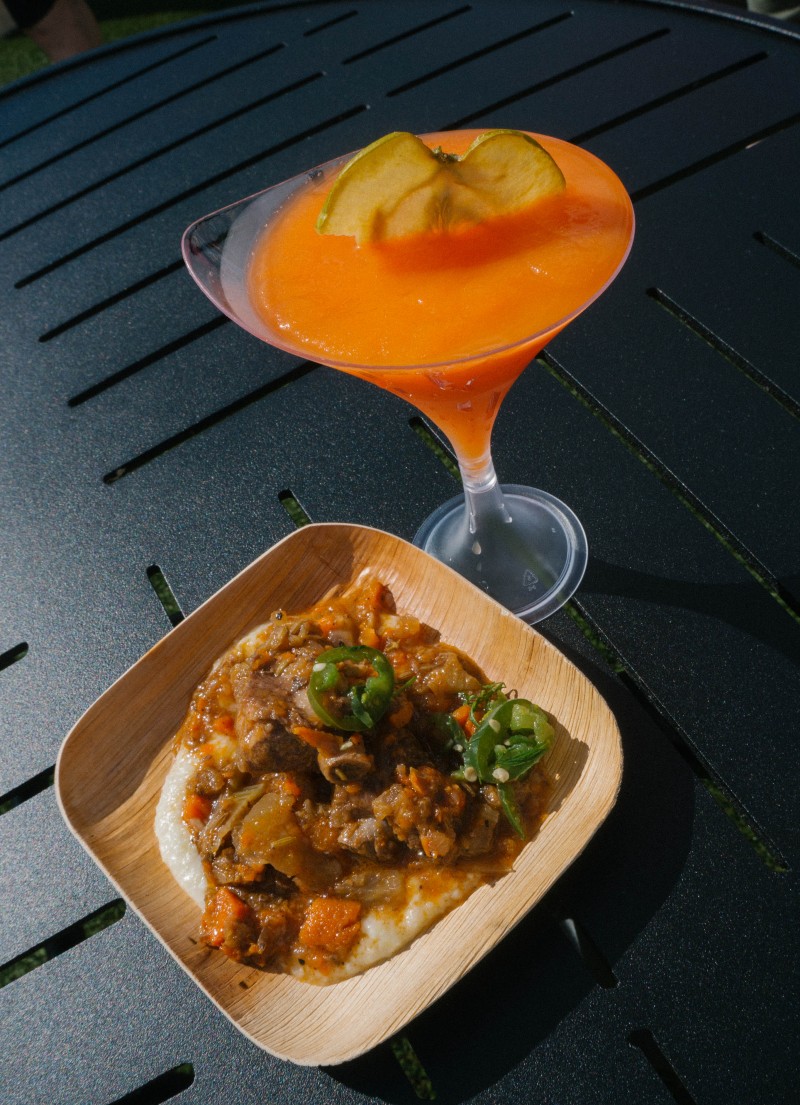 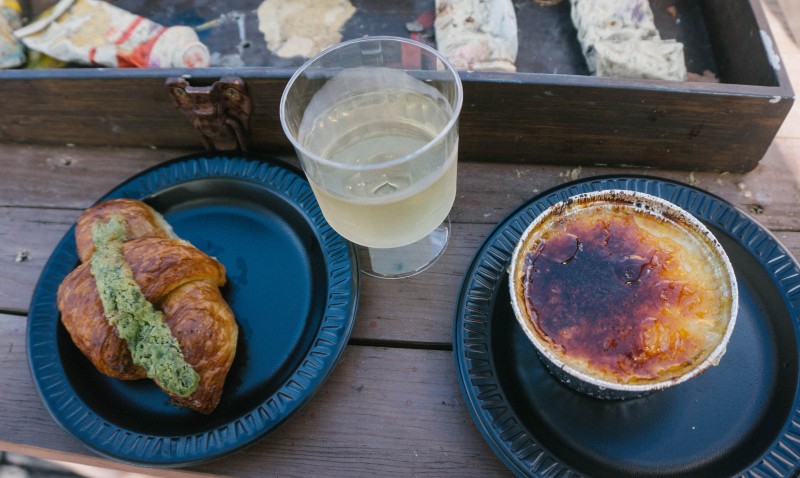 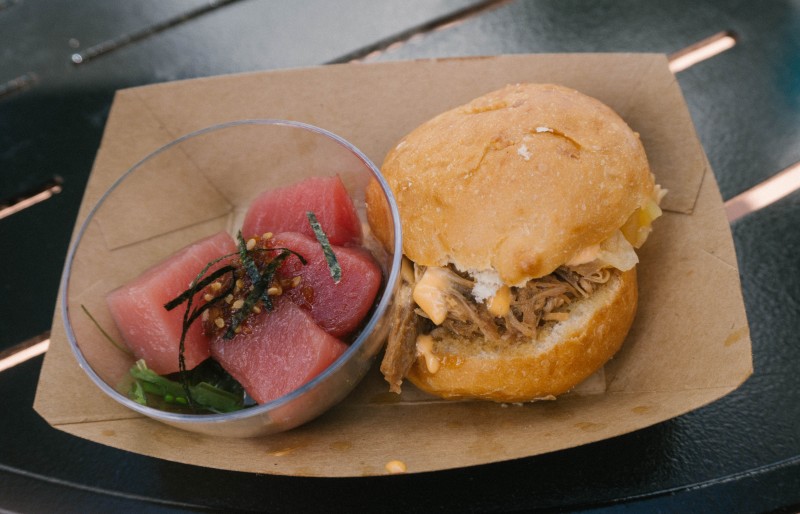