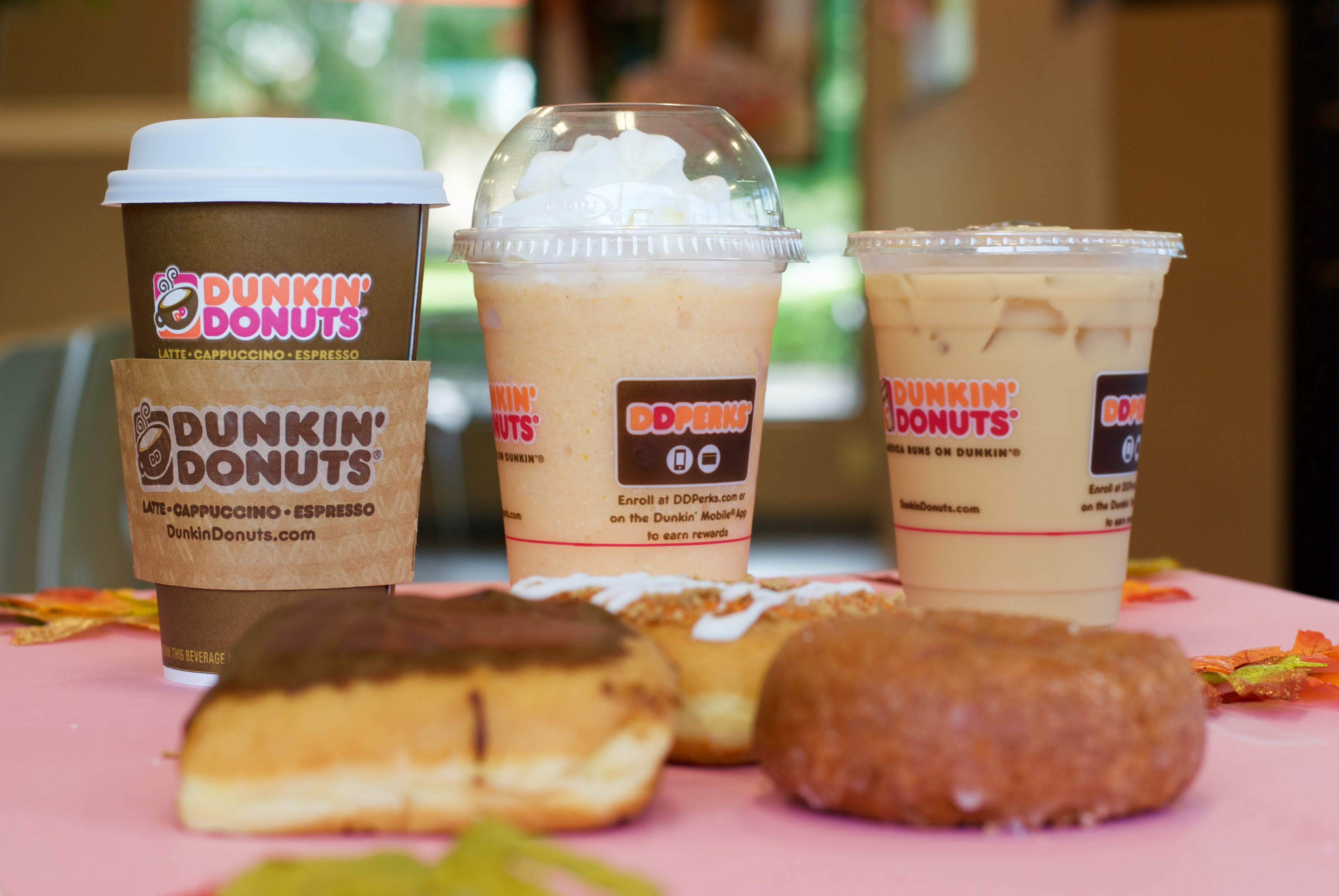 On September 18, 2015, Dunkin’ Donuts began to sweeten the season with new exciting items from sandwiches to donuts and beverages. Of course, most of these beverages involve pumpkin. All baked goods of Dunkin’ Donuts are made fresh every day at each store with a kitchen. For locations without a kitchen, they have their donuts brought in every morning from a location that has a kitchen. 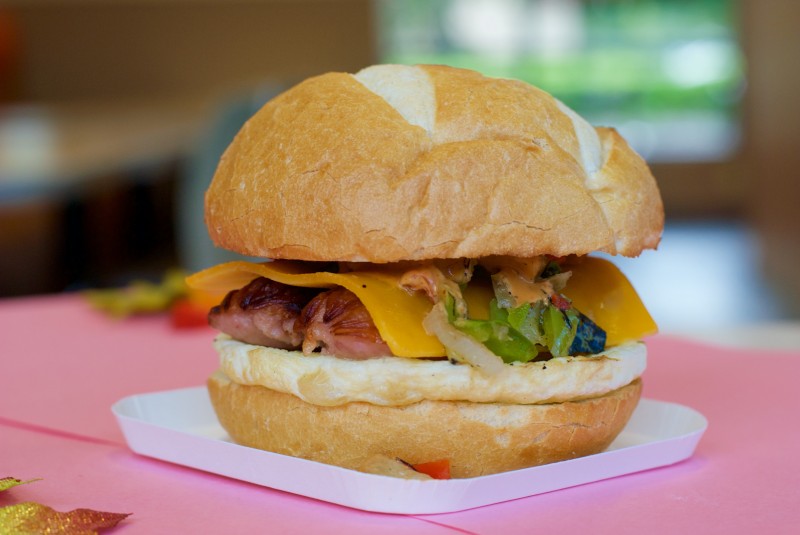 To kick off this season, we took a bite out of the new Tailgater Breakfast Sandwich, which includes sausage, peppers, and onions. The sandwich will surprise you with its variety of tastes ranging from sweet to savory to spicy. 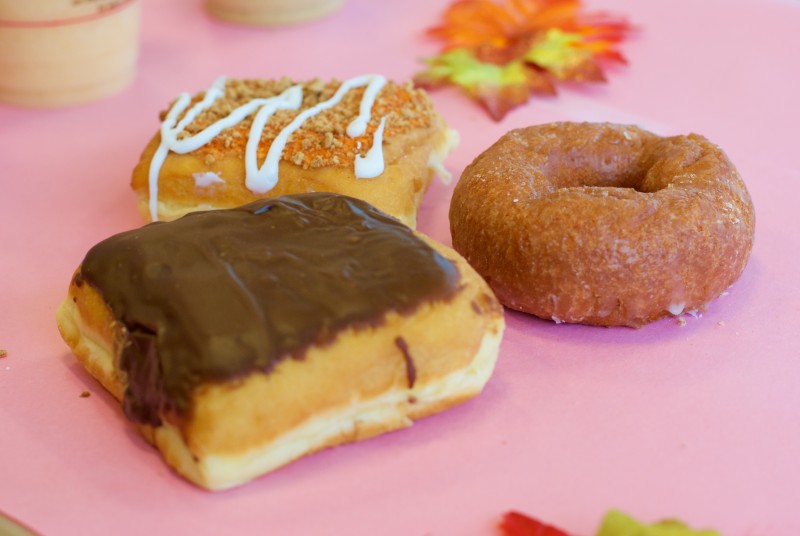 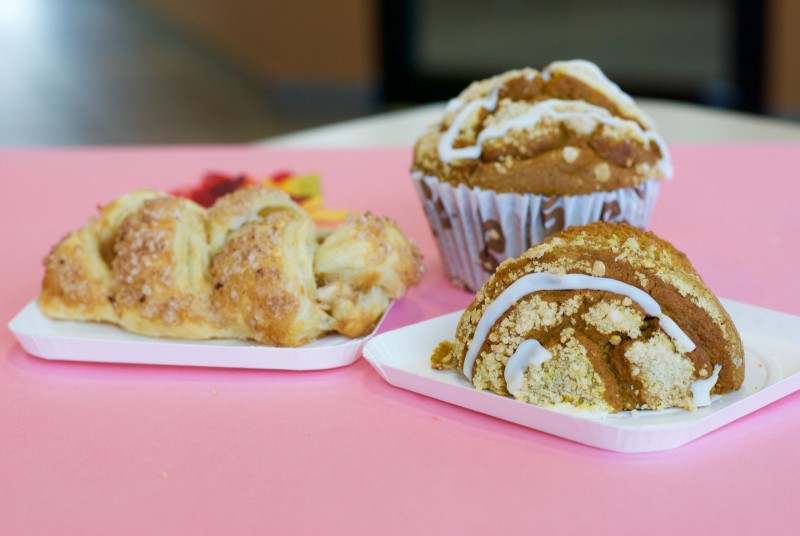 Next on the list, we have the Pumpkin Muffin and Apple Fritter. The Apple Fritter is basically an elephant ear pastry filled with apple pie filling. It is addictively delicious, but it is only around for this Fall season and only available in certain Dunkin’ Donuts, so call up your locations and hunt them down.

The Pumpkin Muffin is not as moist as you imagine a muffin to be. The only moist part of the muffin is the very center. Other than that, it is very dry unless you let it rest in your mouth for a minute, which it will then stick to the inside of your mouth for another minute. 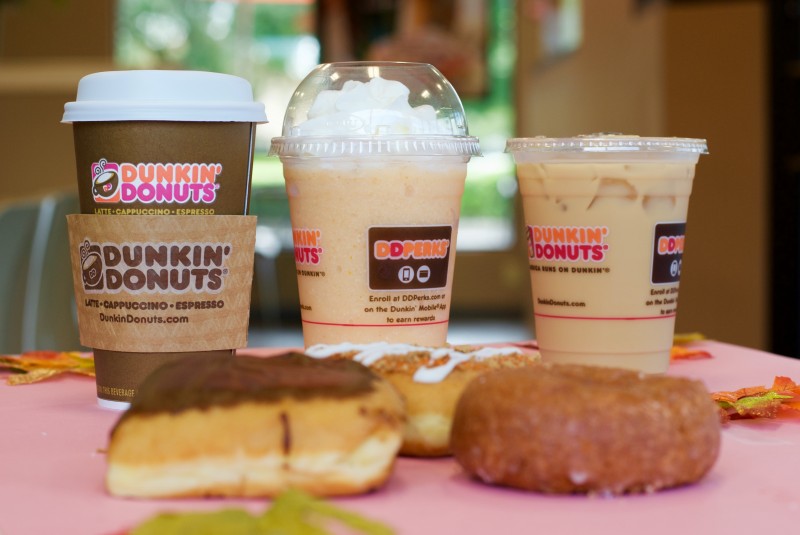 The Pumpkin Pie Coolatta…do you know how it is to walk into a candle store around Fall season and the smell of diabetes and pumpkin smacks you in the face? That’s how the Pumpkin Pie Coolatta tastes with bits of Graham crackers inside of the drink. It makes me question if the inventors of this coolatta make candles for Yankee Candle as well.

The Iced Pumpkin Spice Coffee was more like water than coffee. Maybe that is why I favor lattes more than coffee because it contains a little more pick-me-up. 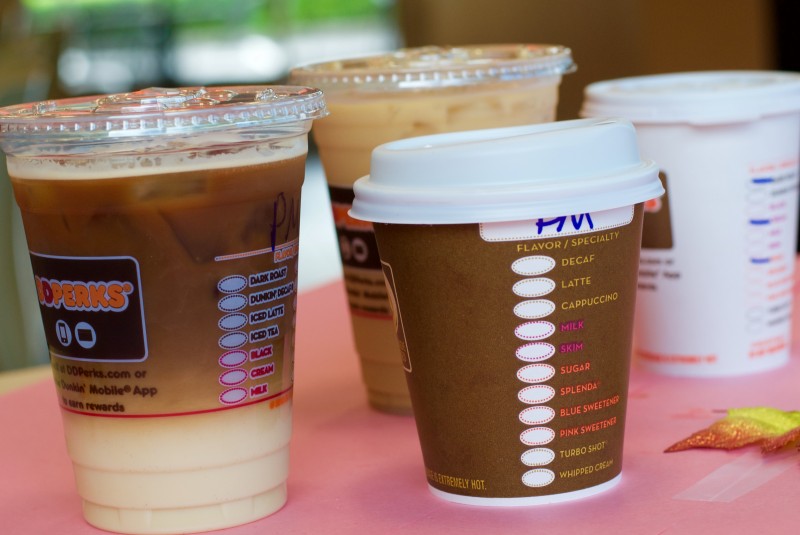 The Dark Roast coffees are rich in flavor and nice for an on-the-go pick-me-up. You can grab a free medium Dark Roast at any Dunkin’ Donuts on September 29, 2015, while Dunkin’ Donuts is celebrating National Coffee Day!

Hurricane Ian Disaster Relief – Recovery Resources and How to Help