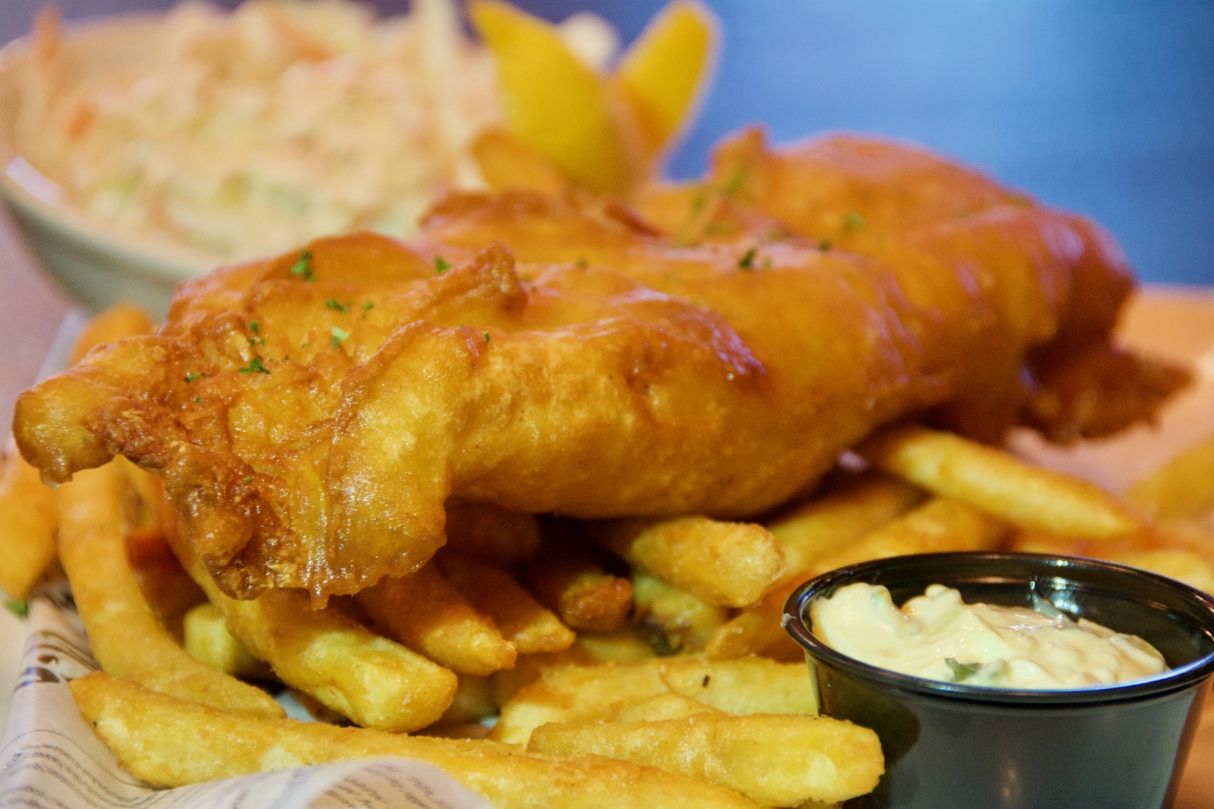 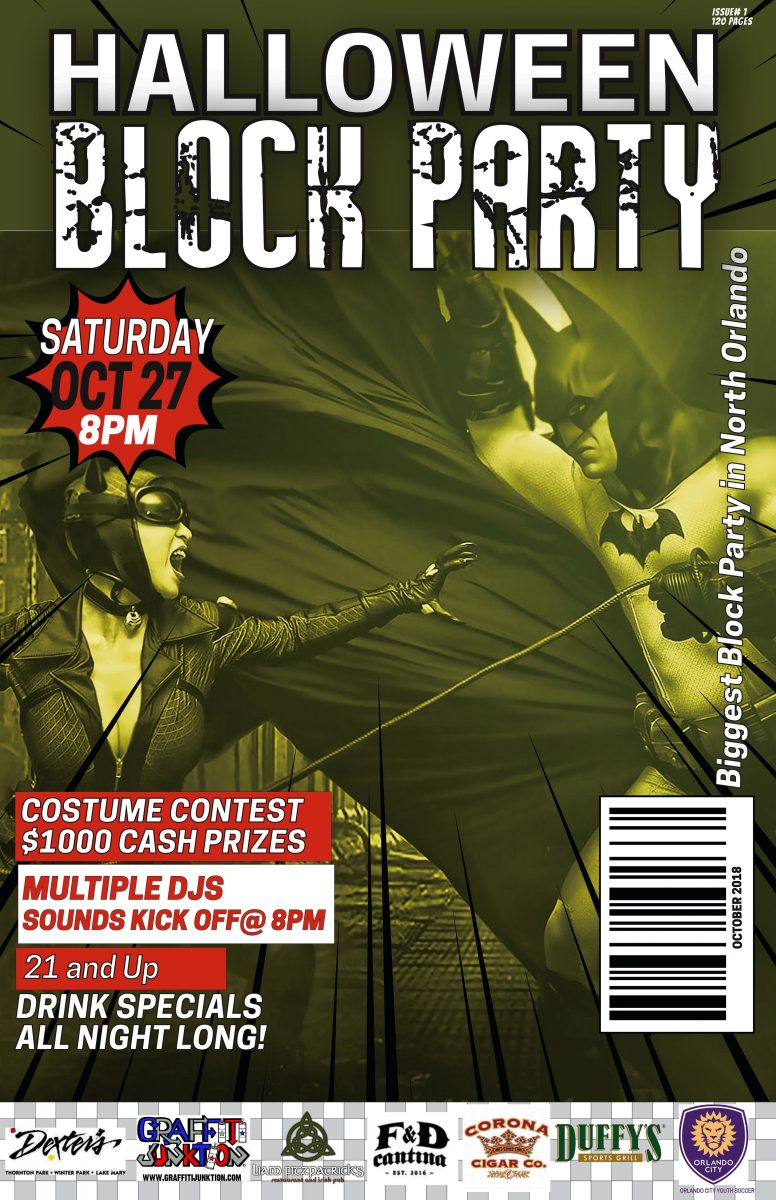 The eek-citing event is free and open to the public, and all guests (21 & up) are invited to drink, dance and dress in their Halloween best outside Liam Fitzpatrick’s and around the festive plaza, while enjoying two live DJ’s spinning throughout the night, tasty brews and bites and the area’s biggest costume contest awarding $1000 in cash prizes for the winners. 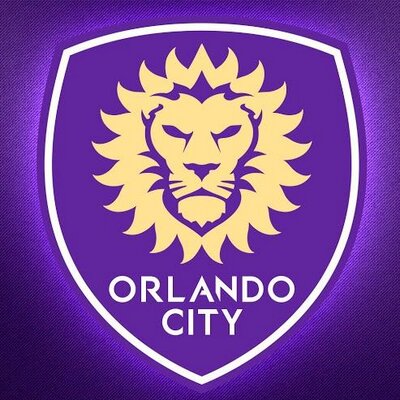 For the 10th anniversary, Liam’s Halloween Block Party will support Orlando City Youth Soccer, who will be on site collecting donations and receiving 100% of proceeds from a specialty Halloween shot all night.  Orlando City Youth Soccer is the preeminent youth club in Central Florida, whose core values are player development, parental guidance, coaches education and community outreach. 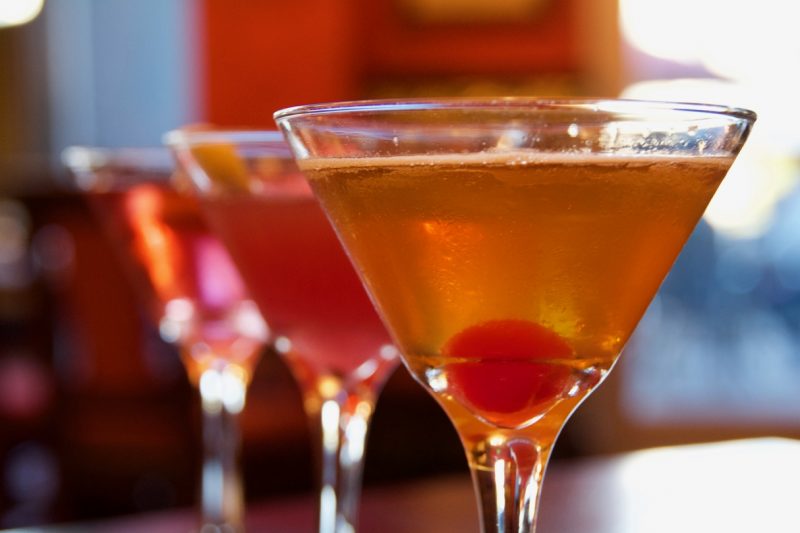 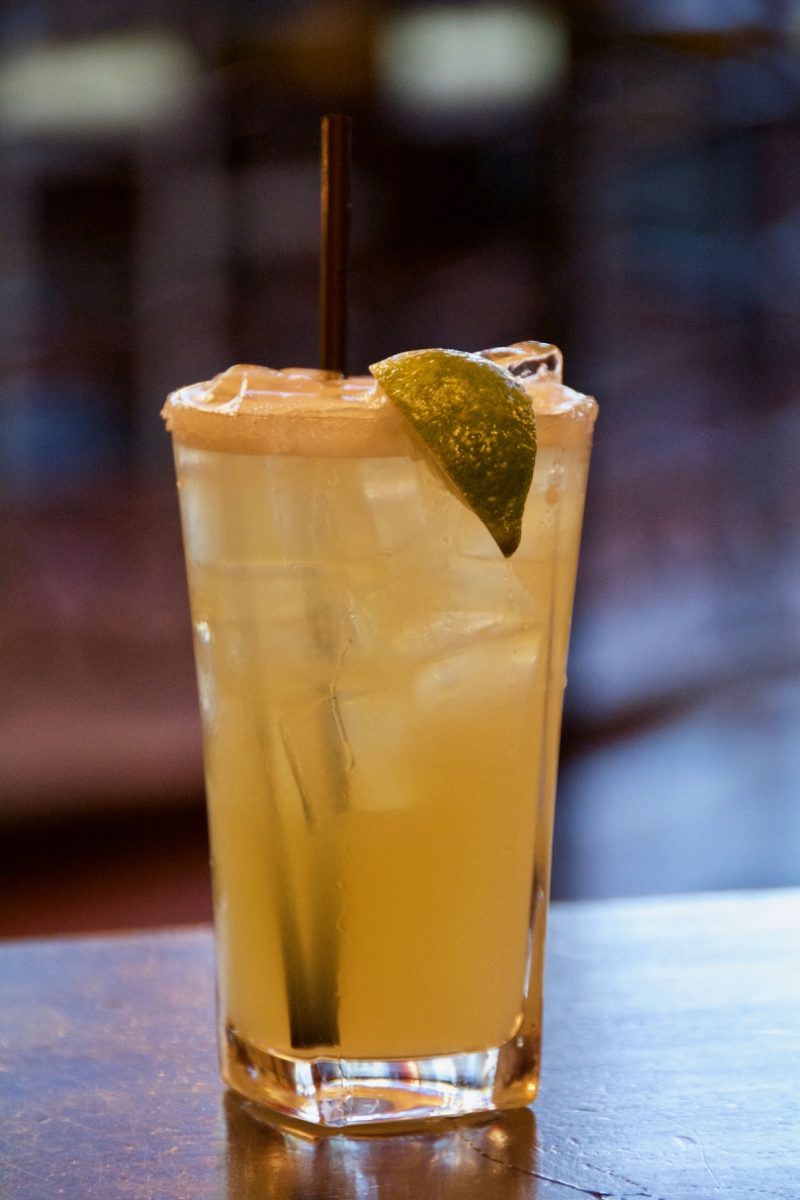 If you’re more of a fan of tequila and margaritas, try the Irish Margarita, which consists of Jose Cuervo Gold tequila, orange liqueur and cider. Have a salt rim or any other type of rim you’d like. So many at Liam Fitzpatrick’s Restaurant and Irish Pub would recommend this drink. For someone who is not fond of tequila, I dig it! 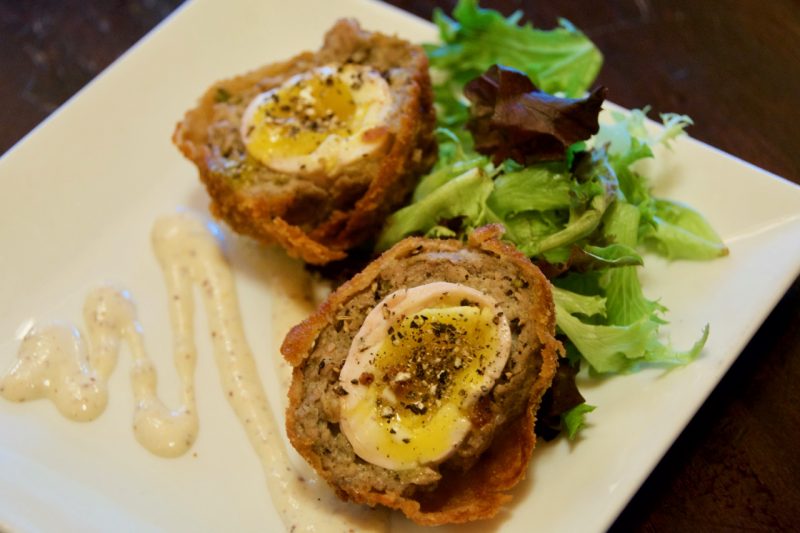 Some dishes are similar to the ones before, except Chef added twists to the recipes to bring a little spice to the table. For instance, the Scotch Eggs. Before, the Scotch Eggs consisted of hard boiled eggs; however, it now is made with a soft boiled egg where the gooey yolk provides moisture for the tender sausage meat. 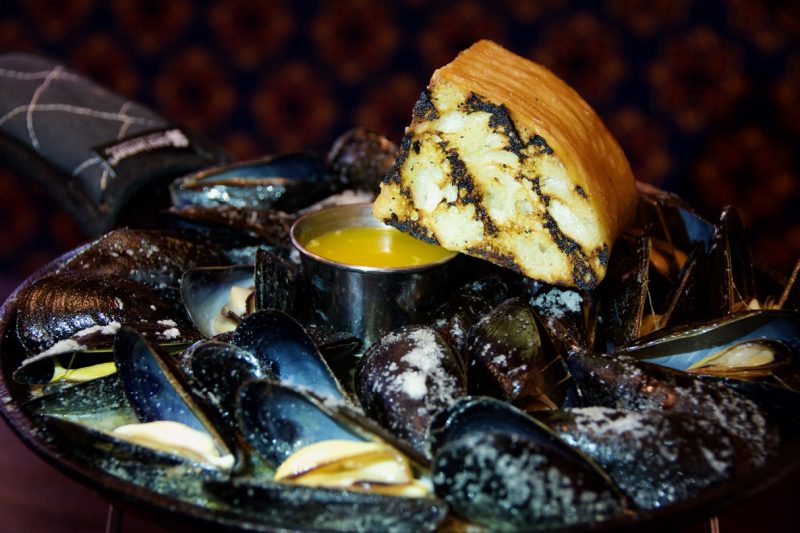 The Roasted Black Skillet Mussels are tender, juicy and fresh 1 lb. P.E.I. mussels made with extra-virgin olive oil, lemon, sea salt, drawn butter,  and ciabatta. It is like a taste of the ocean in every bite as if I was on the coast having mussels fresh from the ocean itself. 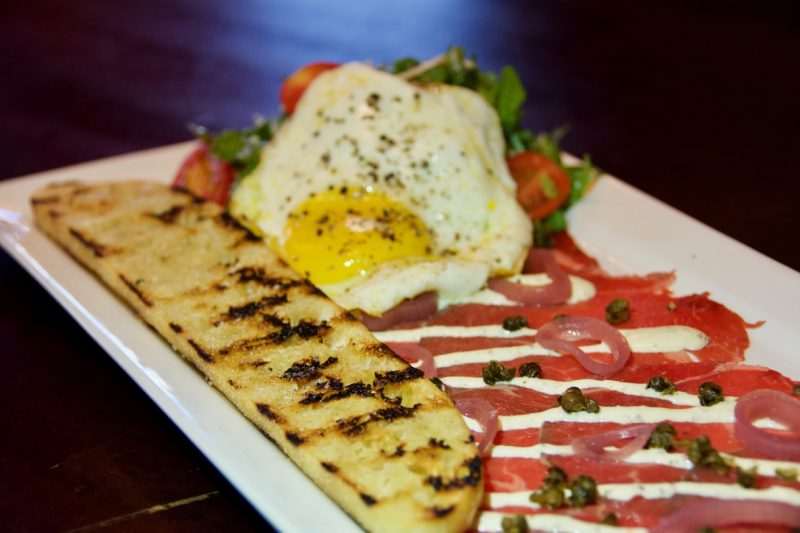 The Beef Carpaccio is made with USDA Prime Beef, fried capers, pickled shallots, and horsey sauce with a side of arugula, tomato, lemon & Parmesan salad, fried egg, and grilled ciabatta. Having a slice of the beef with the ciabatta makes the crispy ciabatta have a nice and creamy texture. 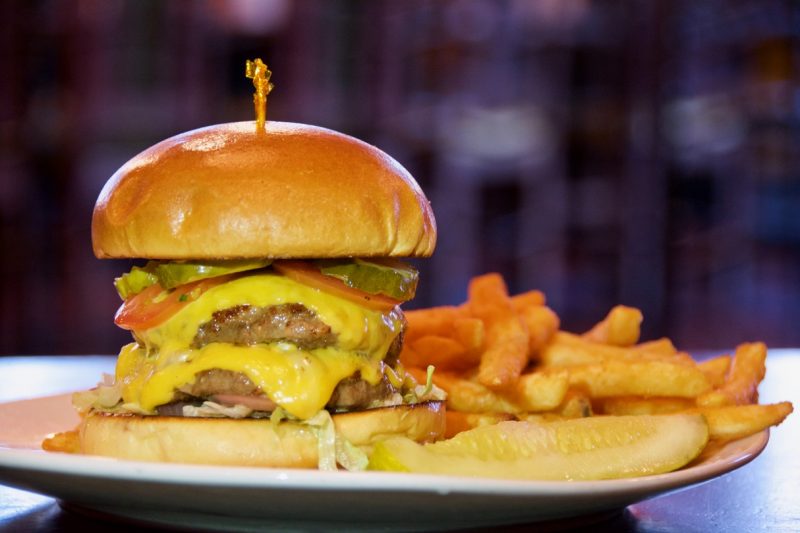 Did you know that Liam Fitzpatrick’s Restaurant and Irish Pub had burgers? Have a bite of the Greasy Spoon Burger. The patties are tender and moist with lots of flavors from sweet to sour from the sauces and ingredients added to the burger. 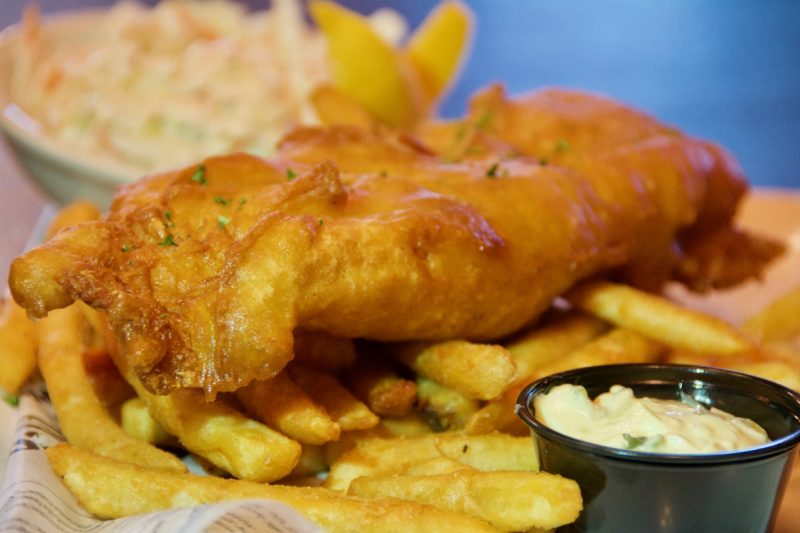 Porter’s Famous Fish & Chips is originally made with Beer-battered cod at Liam Fitzpatrick’s, but they switched it up with Haddock. Cod tends to be softer as haddock is drier and flakier but sweeter in taste. 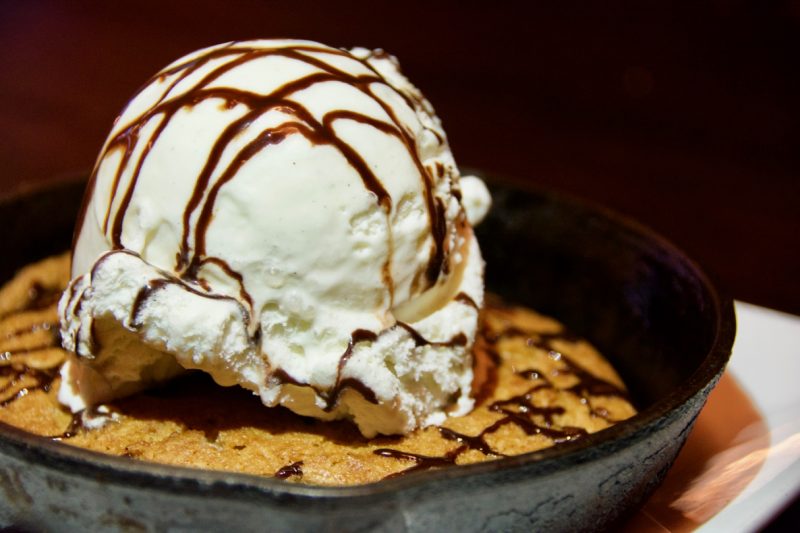 The Skillet Cookie is a giant chocolate chip cookie with vanilla ice cream topped by chocolate sauce. This is one of the most delicious desserts I have tried in Central Florida. The cookie itself is made with semi sweet chocolate chips so it’s not too sweet. The ice cream adds a nice coolness to the warm cookie.

Visit Liam Fitzpatrick’s for more information about the Halloween Block Party, Orlando City Youth Soccer and the menu itself.

National Beer Day at Toby Keith’s I Love This Bar &...

Inside Look: Steak and Seafood Dinner at Tap Room at Dubsdread...