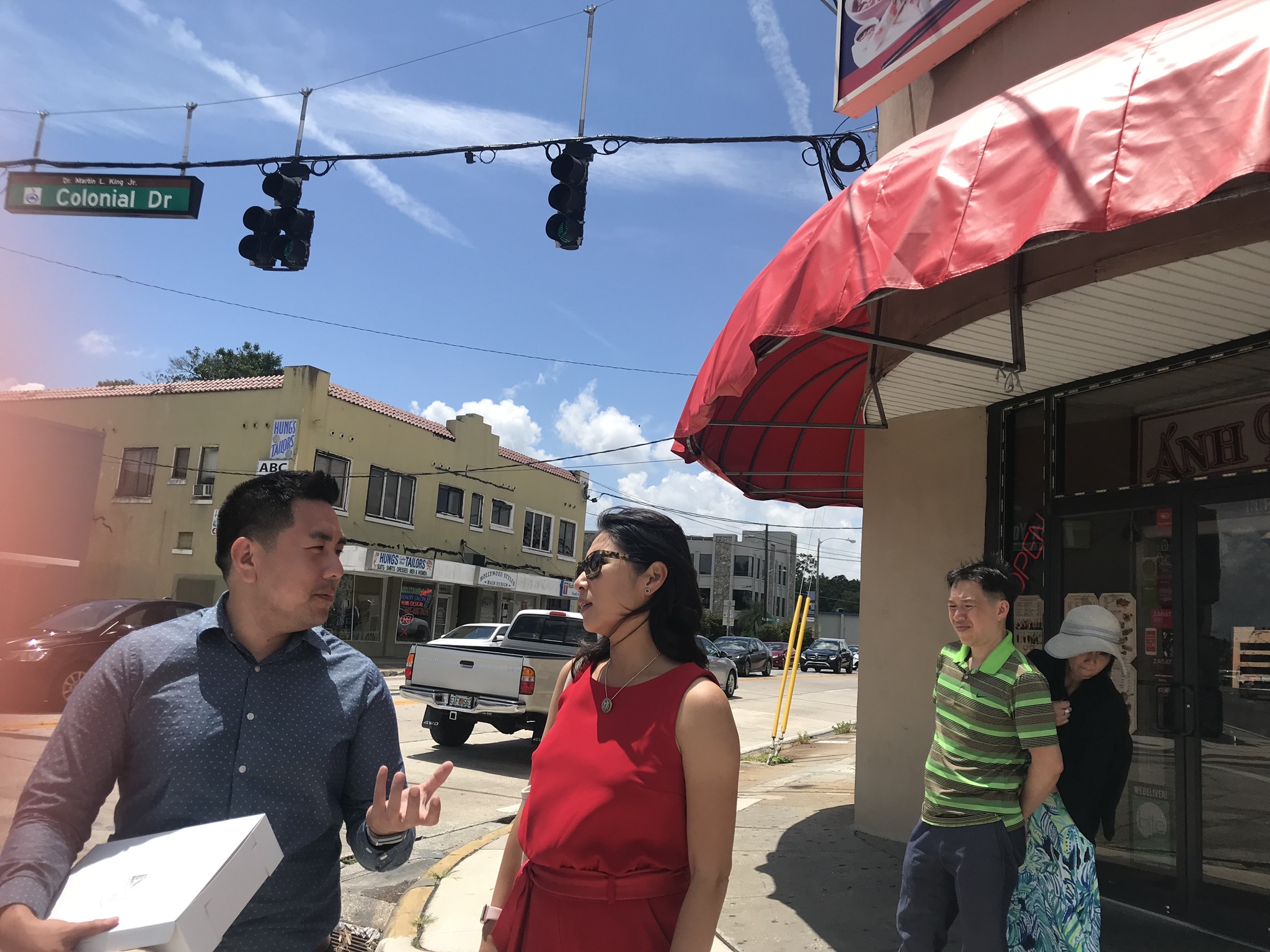 U.S. Congresswoman Stephanie Murphy serves as Florida’s Seventh Congressional District in the U.S. House of Representatives which includes all of Seminole County and much of northern Orange County, including downtown Orlando, Maitland, Winter Park, and the University of Central Florida. That includes Mills 50 District, one of my favorite districts for food and drink in all of Orlando. Congresswoman Murphy is a bit of a “foodie” herself, and is a fan of the spicy mala Chinese Sichuan cuisine. I had the honor and privilege of playing her “food guide” through Mills 50 recently. 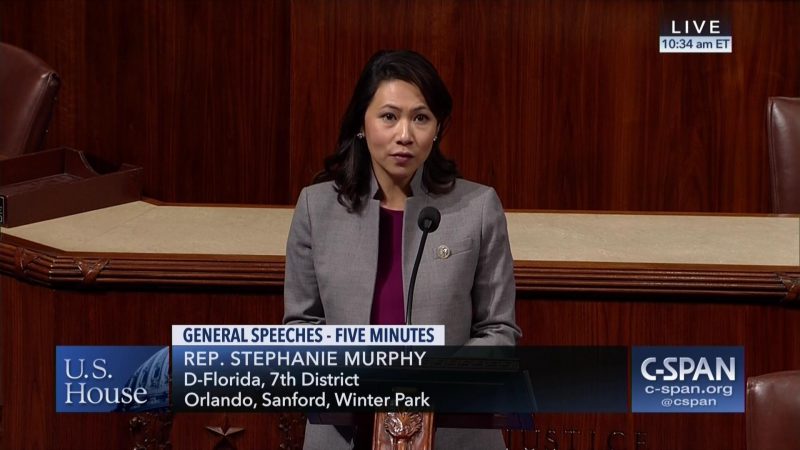 She currently serves on the powerful House Armed Services Committee and the House Small Business Committee, and has passed a bill to make it easier for small business owners to obtain low-interest loans.

Previously, Congresswoman Murphy was a businesswoman and college instructor after serving as a national security specialist in the Office of the U.S. Secretary of Defense where she received numerous awards for her distinguished service, including the Secretary of Defense Medal for Exceptional Civilian Service. She worked on a wide range of security issues from counterterrorism to foreign military relations to strategic planning for the department. Prior to her public service, Stephanie was a strategy consultant at Deloitte Consulting. 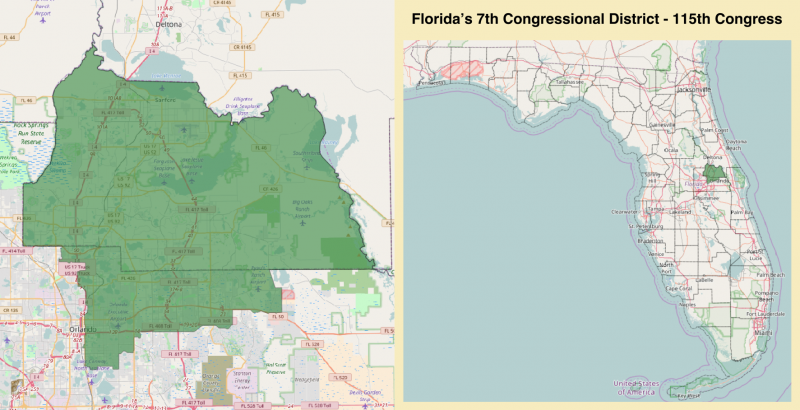 Highlighting some of the small businesses in her district, we took a short food tour of the Mills 50 District, visiting some of my favorite local markets, eateries, and coffee shops.

The district, bounded by Mills Avenue and Colonial Drive (SR 50), is home to many eclectic local small businesses, restaurants, and markets.

It is also known as “Little Vietnam” and is home to the largest concentration of Vietnamese-owned restaurants, markets, and nail supply stores in Florida. A child of boat refugees whose family was rescued by the US Navy after the Vietnam War, Congresswoman Murphy is the first Vietnamese-American woman elected to Congress in our nation’s history.

She is able to practice some of that Vietnamese as we made our way to Tien Hung Market, one of the first Vietnamese grocery stores to open in Mills 50. 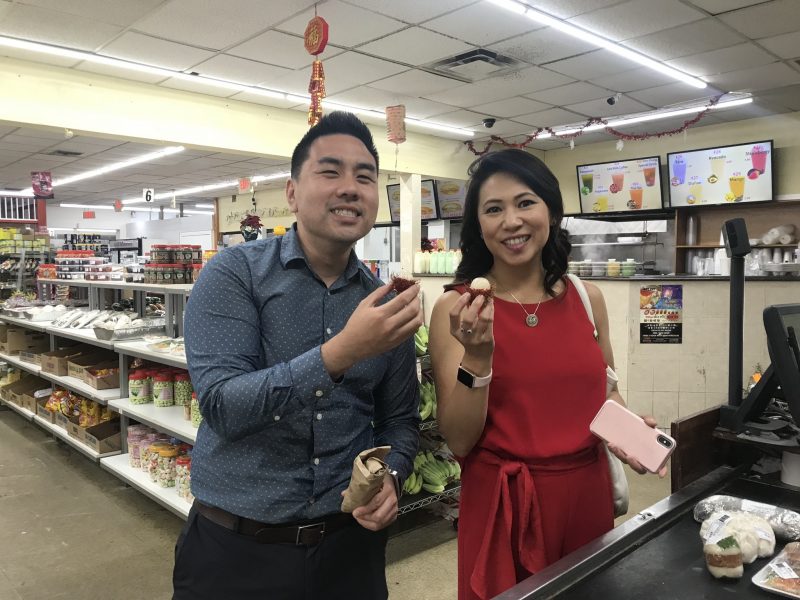 Tien Hung Oriental Food Center – Here they make their own soy milk and have an extensive list of Vietnamese herbs, produce, noodles, fresh live seafood, banh mi, snacks, and even a jewelry store. Tien Hung is one of the oldest Vietnamese market in the area, run by the Phan family who have been here since the 1980s. 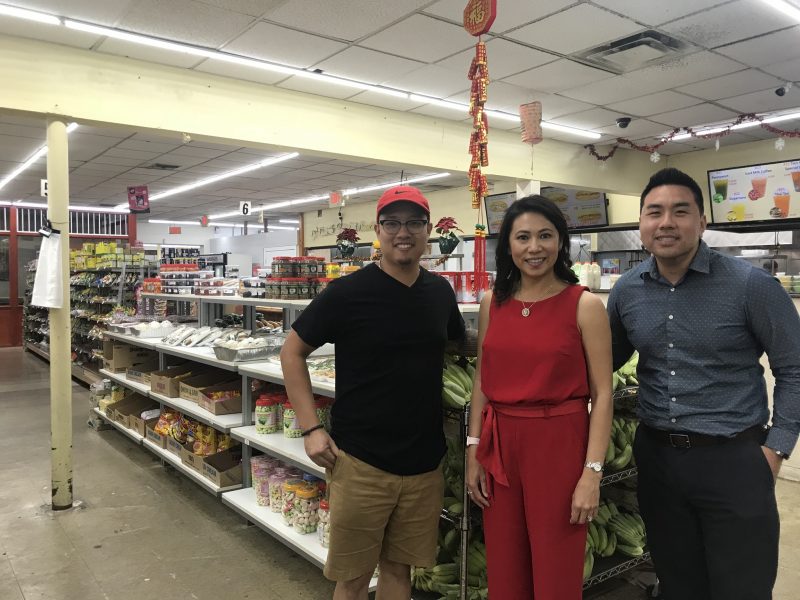 Next stop – Lineage Coffee Roasting. This is the second coffee shop for Lineage, based out of East End Market up the street. 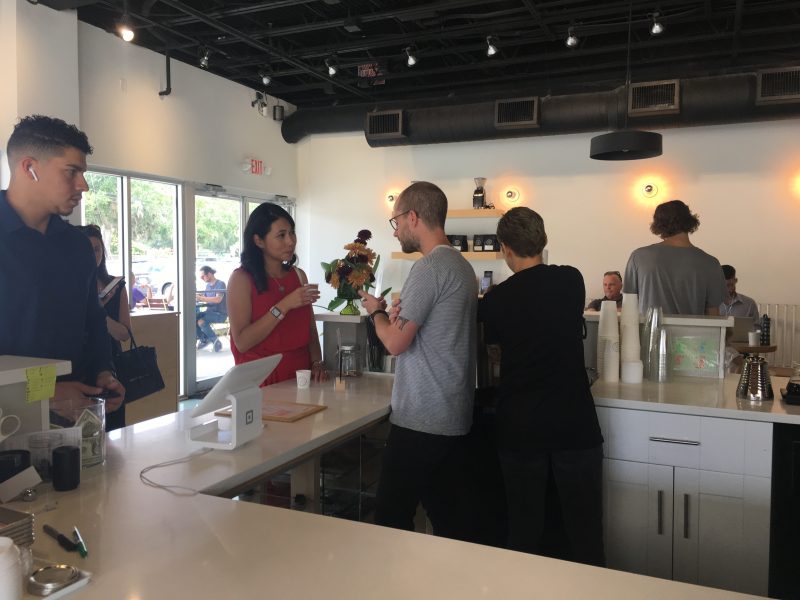 They are known for their cold brews and serve craft roasted coffee, carefully sourced from around the world. Though not in Mills 50, we picked up some vegan raspberry doughnuts from Valhalla Bakery of Market on South down the street to go with our coffees. 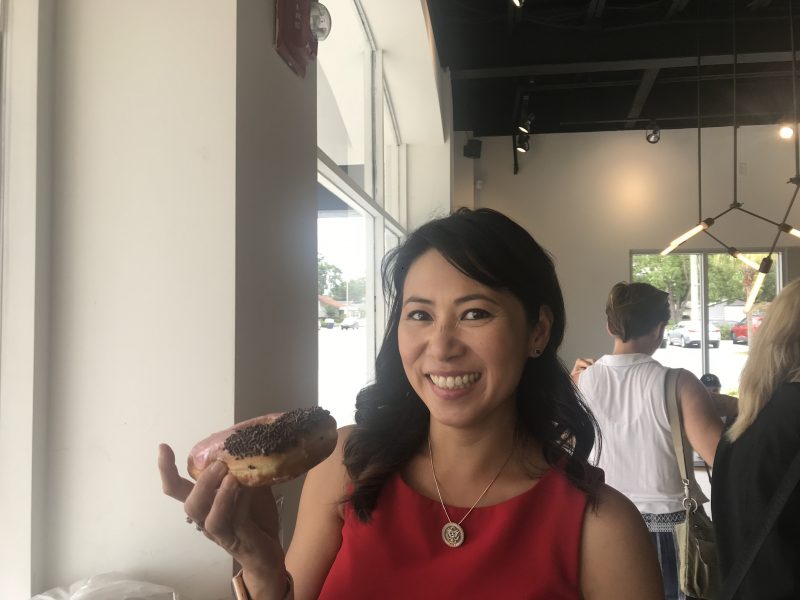 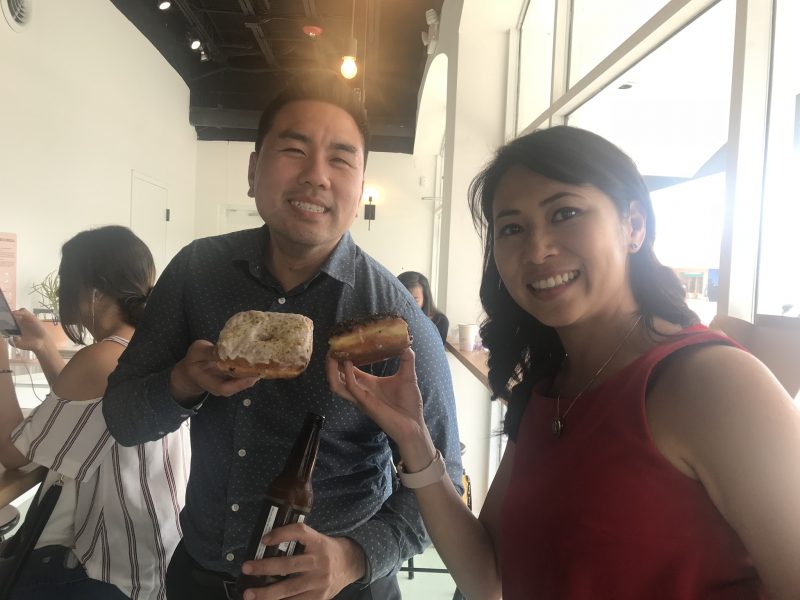 Finally – King Bao. Chef Vic Nguyen, a former sushi chef, one day decided to bring his love of food to bao form – think fluffy white bun sandwiches filled with all sorts of goodness from pork belly to lobster to fried avocado and even dessert-y nutella and banana. 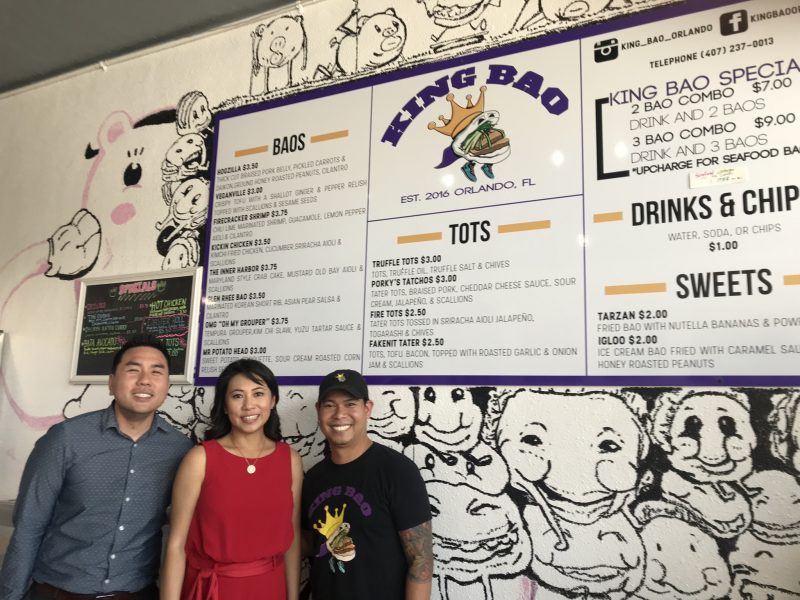 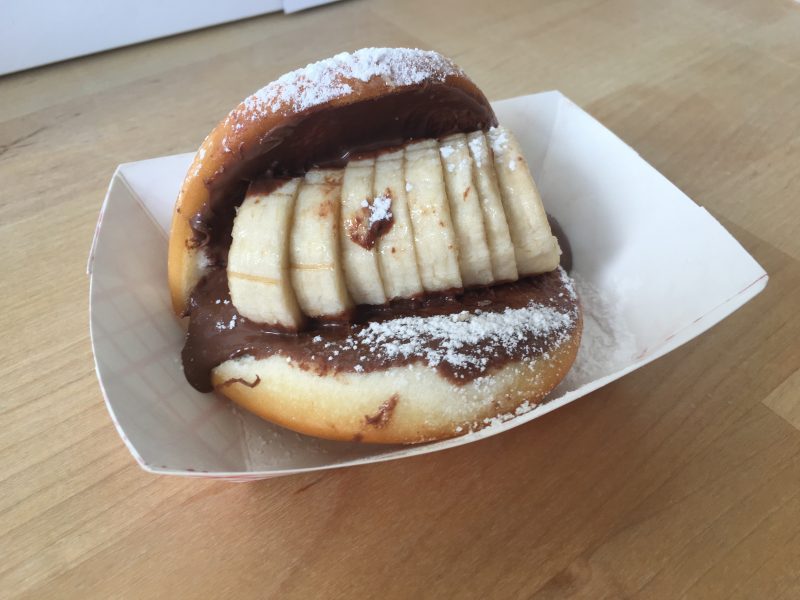 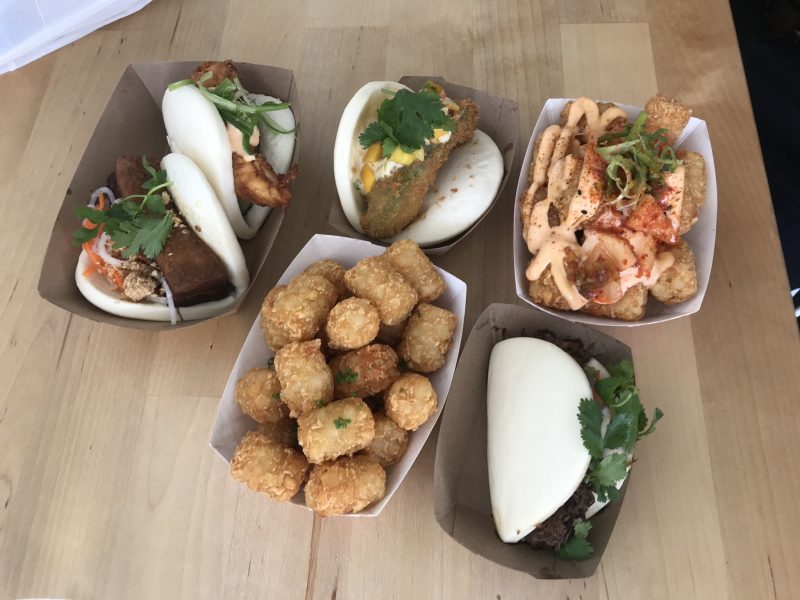 It was truly an honor and such fun to showcase and highlight some of Orlando’s own local flavor with Congresswoman Murphy. I wish her all the best as she continues to serve our local Central Florida community and the interests of its people in Congress.

Some facts from Forbes Magazine about small businesses:

2. Family – About one in five firms are family-owned. Industries that have the highest share of family-owned businesses are management of companies and enterprises (46.4 percent of firms in this industry are family-owned), real estate and rental and leasing (37.3 percent), and accommodation and food services (33.2 percent). 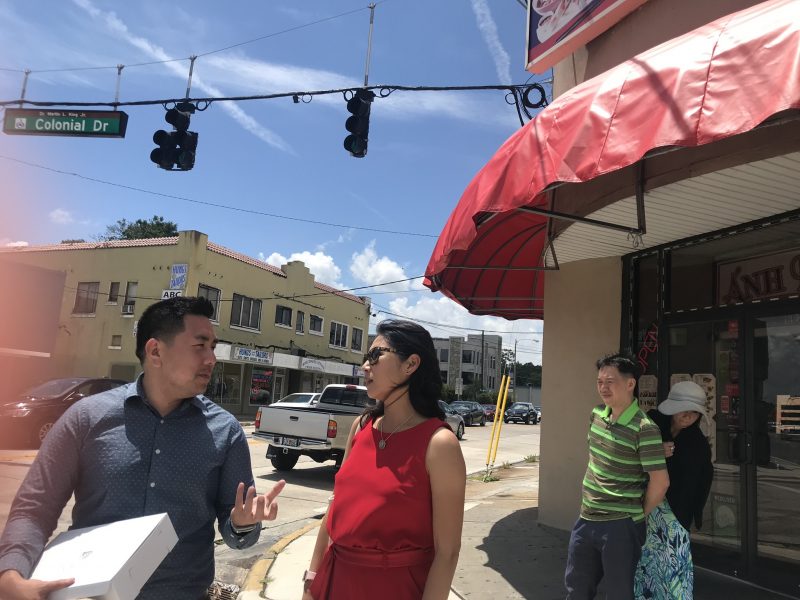 Azure at The Shores Resort and Spa at Daytona Beach