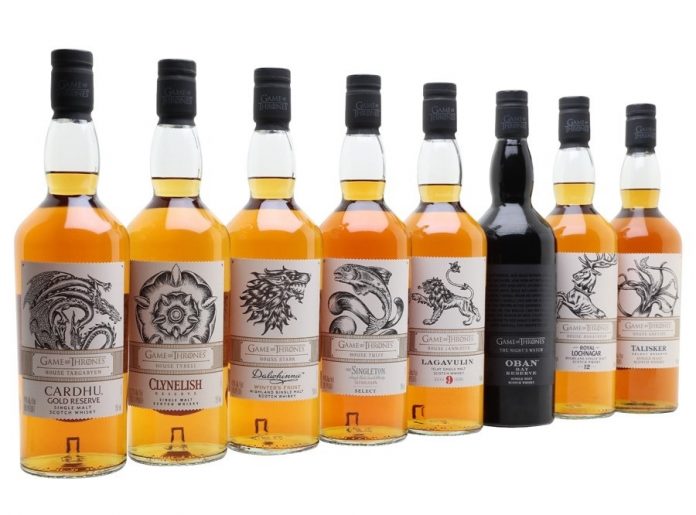 The final season of HBO’s Game of Thrones is here with just a few episodes to go. HBO has collaborated with Diageo to release a limited edition range of 8 scotch whiskeys and Johnnie Walker has come up with its own tribute to the Iconic series. Now, you can show your allegiance to your favorite House by choosing the whiskey dedicated to it or buy the entire set. 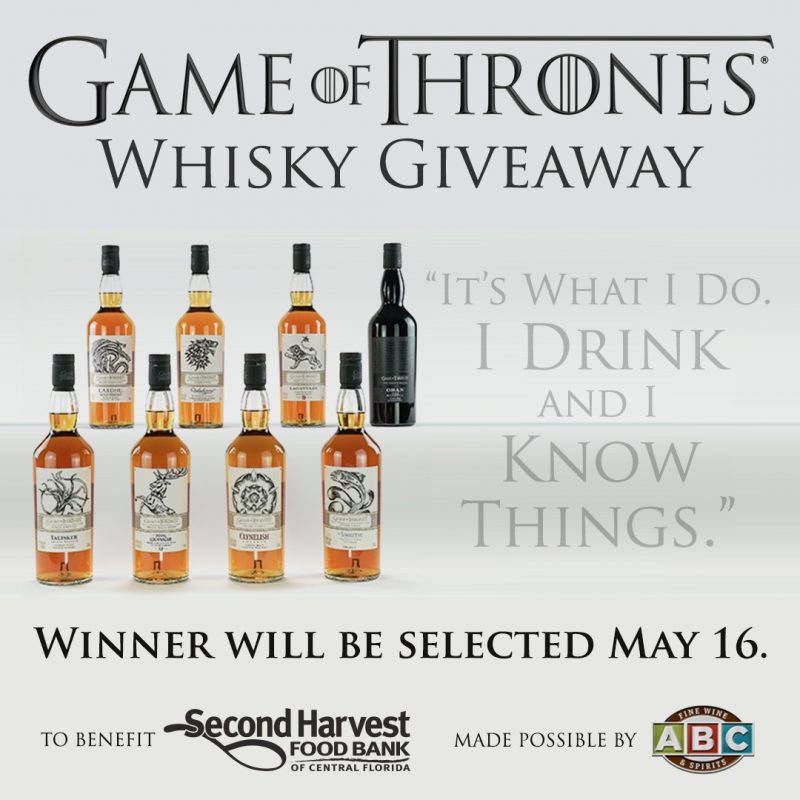 Drink your way through Westeros and honor the great houses of the Seven Kingdoms. Enter for your chance to win an entire collection of Game of Thrones Single Malt Scotch Whisky, just in time to watch the final episode.

The winner will be selected by random drawing from all entries on Thursday, May 16, 2019.

Enter to win at: http://www.feedhopenow.org/gotgiveaway

A huge thank you to ABC Fine Wine and Spirits for their generous donation which makes this drawing possible. Each chance purchased provides 100 meals to help feed children, families and seniors in our community who need it most!

Each bottle draws inspiration from the iconic houses of Westeros, plus the Night’s Watch. These are must-have collectible whiskies for scotch enthusiasts and fans of the show alike.

A collection of eight Scotch whiskies to represent the great houses of Westeros and the noble and courageous Night’s Watch. Whichever house your allegiance lies with there is something in this set for you. Whether you live for fire like the Mother of Dragons, remain loyal like the Starks or fight tooth and nail for power like the Lannisters, there is a whisky to represent the spirit and essence of each House. The distilleries chosen for these whiskies are equally prestigious and have characteristics that align with the Houses of Westeros and the Watchers on the Wall. House Lannister is represented by Lagavulin, known for its powerful smoky flavours, House Stark is represented by Dalwhinnie, whose whiskies are forged in the cold of the North, and House Targaryen is represented by Cardhu, whose history boasts strong female leaders in a male-dominated society. House Tully is represented by Glendullan, who used the power of water to create stunning whisky, House Tyrell is represented by Clynelish, whose floral tones and smoky kick represent the Golden Rose of House Tyrell, and House Baratheon is represented by Royal Lochnagar, whose reign outlived that of the Baratheons, but whose whisky just as lively and full of character as the fallen House. House Greyjoy is represented by Talisker, an island distillery which faces the harsh seas and survives, and the Night’s Watch and represented by Oban, who face the barren seas between the West Highlands and the Islands of Scotland.

Here are some descriptions of the Whiskeys from WhiskeyAdvocate:

Talisker Select Reserve
This represents House Greyjoy in the Game of Thrones television show and features its kraken. The nose offers damp tweed sprinkled with black pepper, plus smoky vanilla and ozone notes. Sweet smoke and citrus fruit on the palate, then more overt peatiness comes to the fore with soft toffee. Medium in length through the finish, with lingering toffee and light pepper. Great value!

Lagavulin 9 year old
Lagavulin at an odd age, representing House Lannister and showcasing its lion sigil. The nose is floral, with rose hips, toffee, and fragrant peat notes. Full on the palate, with toffee apples, cinnamon, earthy peat, and smoked haddock in salted butter. The smoked fish combines with fennel in the lengthy finish.

Dalwhinnie Winter’s Frost
The House Stark bottling is presented with an image of a direwolf on the label. The nose yields honey, orange, malt, toffee, and a suggestion of struck matches. Medium-bodied and sweet, with red apples, apricots, milk chocolate, and white pepper. Satsumas, nutmeg, milky cocoa, and gingery oak in the medium-length finish.

Oban Bay Reserve
An appropriately dark bottle and label are featured for the Night’s Watch bottling. Tangy citrus fruit, brittle toffee, and vanilla on the nose. Nicely textured in the mouth, with tangerine segments in cream, developing nuttiness, milky coffee, and a hint of char. Lively spices, toffee, and aniseed in the medium-length, slightly oaky finish.

Royal Lochnagar 12 year old
House Baratheon is represented with a label depicting a crown-wearing rampant stag. An undemanding dram, with soft toffee, cream, baked apples, and a hint of ginger on the nose. The palate is light, with brittle toffee, soft fruit notes, and oak. Drying in the finish, through aniseed and wood spice.

Singleton of Glendullan Select
This showcases House Tully’s leaping fish sigil. The nose yields honey, barley sugar, walnuts, and plums. The palate is straightforward and approachable, with green apples, orange juice, and delicate spice. The finish is medium in length, with toffee and mildly spicy oak.

Cardhu Gold Reserve
Representing House Targaryen, this features its three-headed dragon on the label. Malt and honey on the subtle nose, with a hint of cinnamon. Medium-bodied, with milk chocolate, caramel, and youthful oak. Jaffa orange and gentle spice in the relatively short, spiky finish. 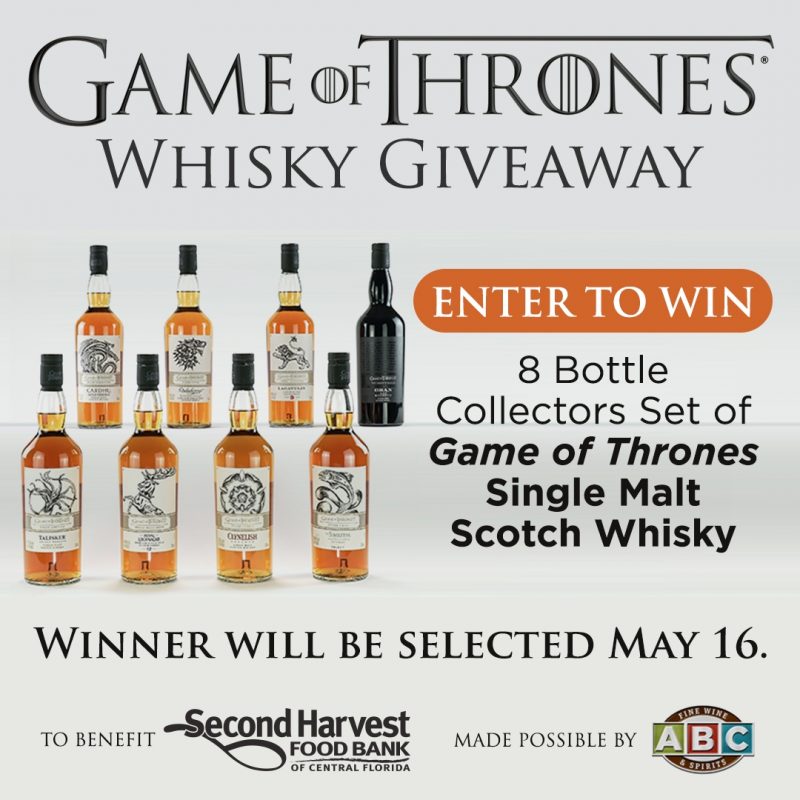