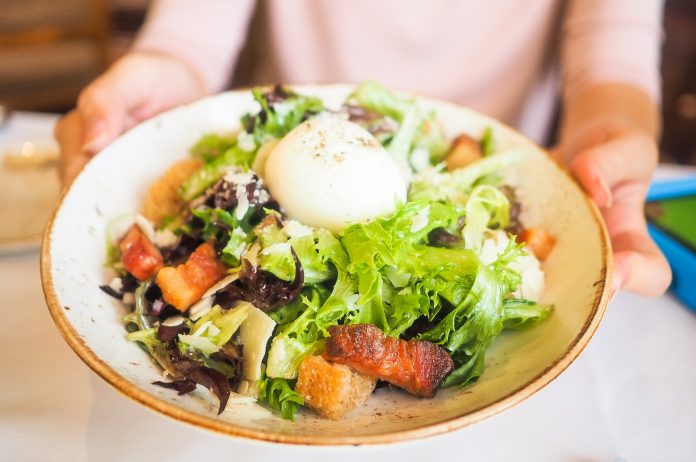 After the devastating Hurricane Maria struck Puerto Rico in September of 2017, Chef Eric Santiago made a decision for his family to come to Central Florida for a new and better future. With his experience with cooking for chefs Jean Georges Vongerichten and Jose Andres, he had the opportunity to become chef de cuisine for Primo at JW Marriott Orlando, Grande Lakes. We chat with him about his journey as well as upcoming plans for the menu at Primo. 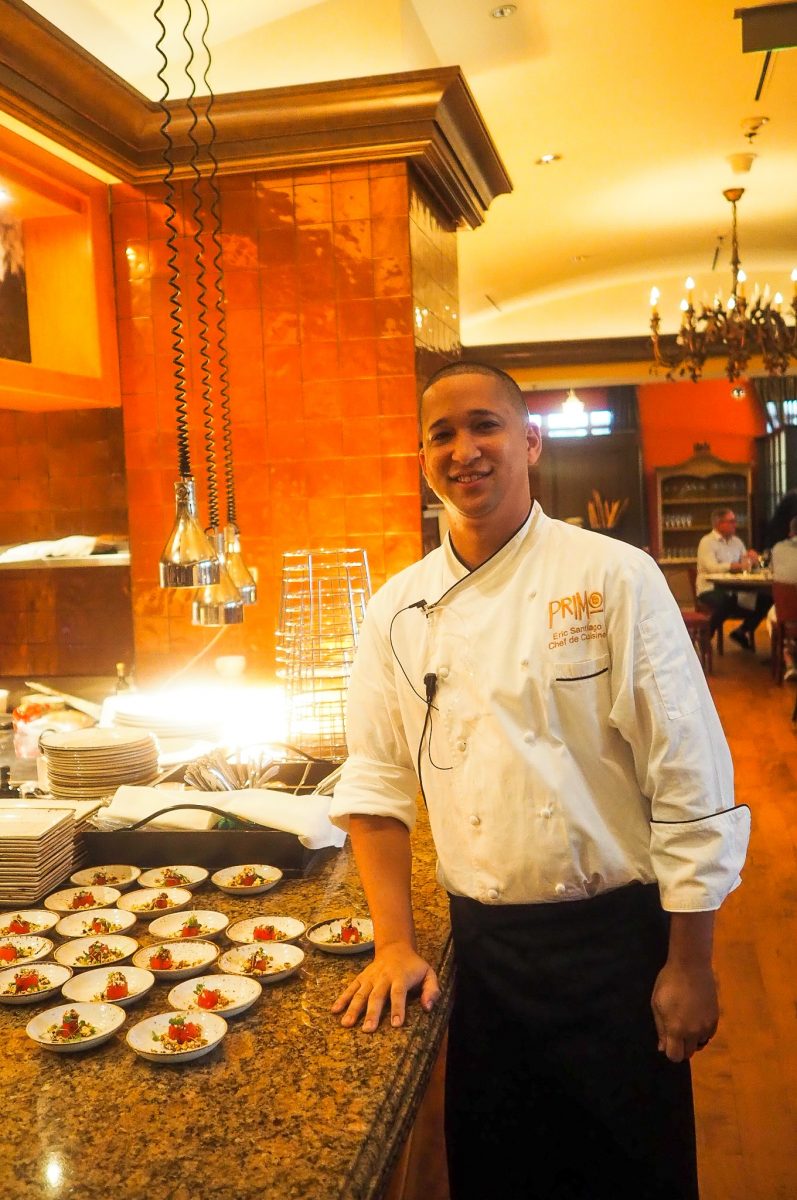 Tell us about your background and culinary experience. What inspired you to become a chef?

I started my culinary studies in the Universidad Del Este in Carolina Puerto Rico on 2004 where I did an associate’s degree in culinary arts and a bachelors in restaurant management. During those years I went and did an internship in the Breakers Hotel in West Palm Beach, and it was there working in that luxury hotel where I saw and felt that this is what I wanted to do for the rest of my life.

Coming back to Puerto Rico, I started working in Club Nautico de San Juan which is a prestigious yacht club where weddings and various activities are done. 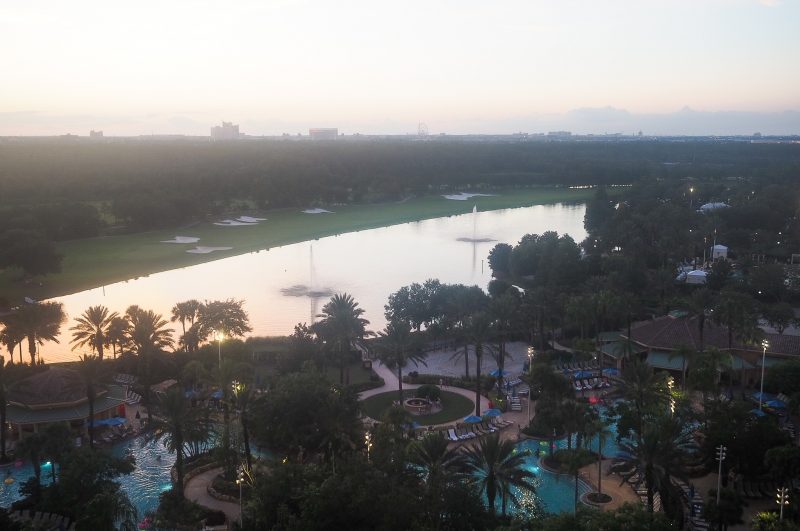 During the following years, I kept moving around and different hotels – mostly luxury and it is when I had the opportunity to work at St. Regis Bahia Beach Hotel during the opening of Fern by Jean Georges Vongerichten lead by Maycoll Caldreon, in which I started as a prep cook working my way up until I became a cook for the breakfast and brunch.

Getting the experience there and working different shifts helped me learn and progress throughout those years until the Dorado Beach – a Ritz Carlton Reserve Hotel – opened.

In 2012, I joined the Dorado Beach culinary team and opened Mi Casa by Jose Andre’s, working with the night crew, learning all of the stations and recipes for a year. When the opportunity came, chef de Cuisine Jacob Ramos and sous chef Victor Rosado gave me the opportunity to oversee and lead the morning team. This being very important to me, I took over and kept doing my best until I became one of the sous chefs for that amazing team for almost two years. 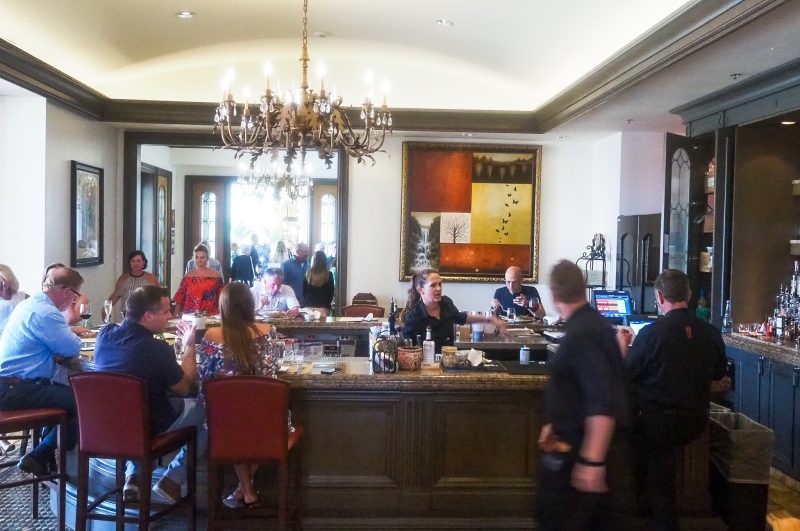 In September of 2017, Hurricane Maria struck the island and I needed to make a drastic change for me and my family and this is when I started to look for the next step, which I’m very proud of. In December 2017 Chef David Daniel, John Janucik and Melissa Kelly gave me the opportunity to become part of the JW Marriott and Primo family as chef de Cuisine leading a wonderful kitchen with talented young chefs. 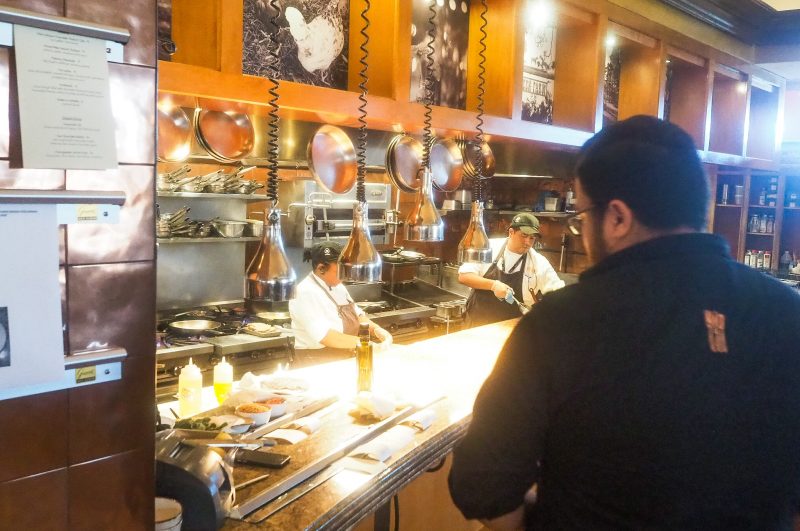 What are some of your favorite memories working with Jean Georges and Jose Andres?

Working along with these two great chefs is the best memory I could have, but listening to them and actually have guidance from them and their respective teams is one of the most memorable things I can take from both. Another thing I can say from this is that in both restaurants I worked as one of the opening team members. We worked from having nothing inside the coolers and in a couple of months I could see what they had become. It is something I would not forget during my whole career as a cook and chef.

How has the transition to living in Central Florida been so far since moving from Puerto Rico?

At the very beginning, it was difficult because I never had the chance to see or visit the area before moving to Orlando. Yes, I had previously visited the parks before but I never thought to actually live here and do what I love. Now after almost two years living here, I look back and remember the first weeks here in the area and adapting to the way of living, and trying the restaurant that are around which are similar but not the same to what I used to visit in Puerto Rico.

What are some things you like about living in Orlando?

Now that I have seen a bit more, I like the diversity of people and cultures when visiting Sunday farmers markets, the various options for dining, the places to stay and most of all, the places Orlando has for kids to have fun and play around.

What are some things you miss about Puerto Rico?

Right now I miss the crystal clear beaches Puerto Rico has, and the local food, but now that we are going into Christmas season – the Puerto Ricans like to gather a lot during the holidays to cook fire roasted whole pork, rice, potato salad, and traditional beverages along with the joy and stories you hear from friends and people you just meet in these gatherings that make you stay and eat, and drink – there are some times that we do this with no sleep!!

How are you bringing some of your Puerto Rican heritage to Primo?

When making menus, I try to think of food I have eaten or made from childhood to now, basically I have made some dishes that are from my island and modified them to make them fit into what Primo stands for. I use some of the techniques like sofritos, escabeches, and herbs that can be used in Mediterranean cuisine but at the same time the dish can tell you where I’m from. 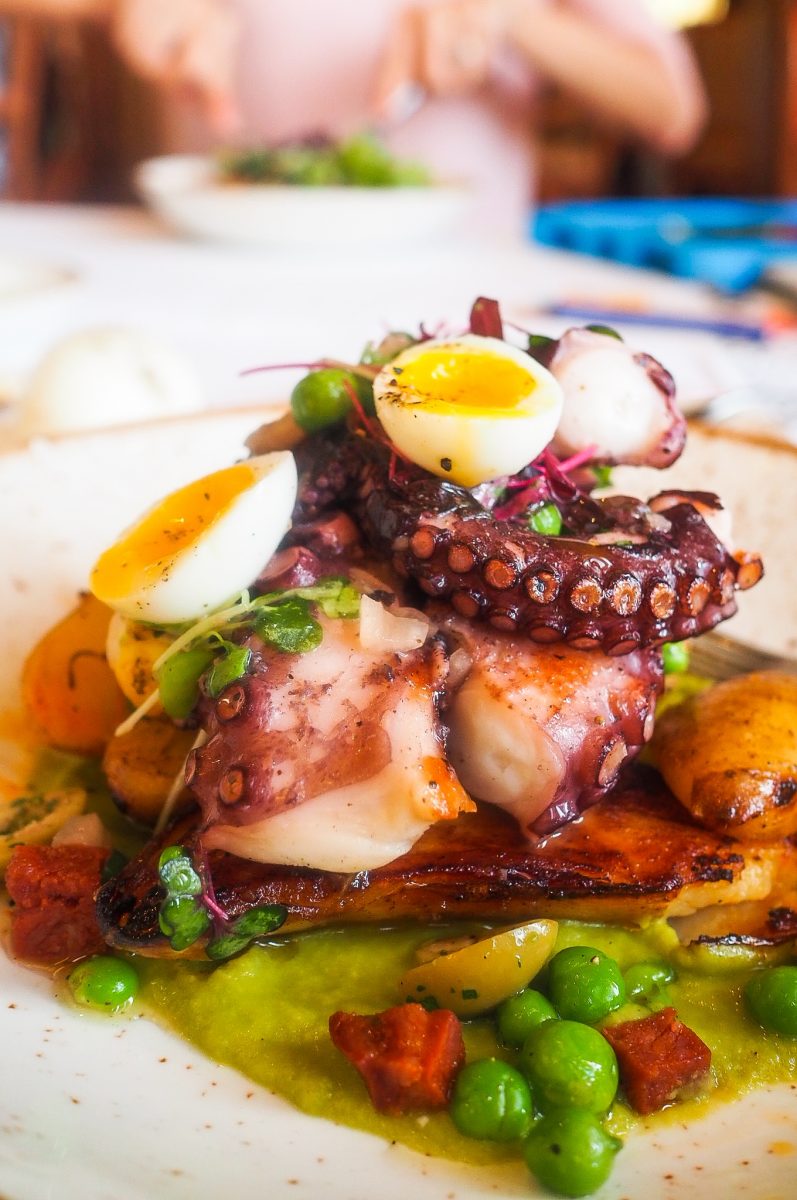 Tell us about the very special octopus dish, how is it made and what inspired it?

The octopus dish that is currently on the menu is basically inspired in the ingredients and animals we have in the farm I wanted to showcase more of what we have here in house.

Adding to this, the way the octopus is cooked is the way my grandfather used to do it back in the days. He was a fisherman growing up, and he taught me when I was little kid growing up in Puerto Rico – all the techniques and time it takes to make it tender and full of flavor is thanks to him. It was with my grandfather when I saw for the first time the freshest fish Puerto Rico can give us.

What are some of your favorite things to cook for yourself at home for a comfort food item?

When I am in my time off and cook I like to go very Puertorrican , white rice and beans, fried pork chops – very crispy – and tostones. This is food I grew up with eating on a daily basis: the rice and beans in my house school and family gatherings and is something my mom has taught me very well, and being far from my homeland it transports me to it. 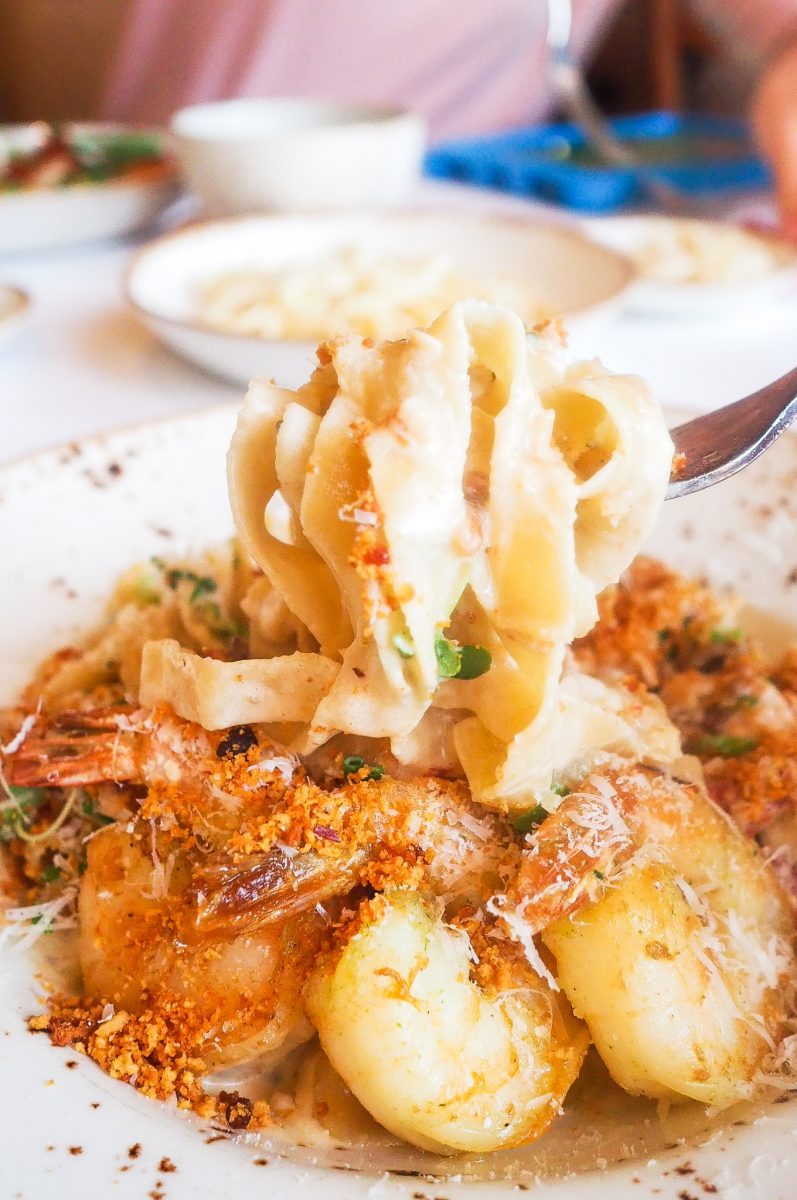 What are some challenges you faced on your journey to become a chef? How did you overcome them?

One of my biggest challenges was the fear of letting down a team of cooks who wanted to learn and be successful. I auto-analyzed myself first and looked at my flaws, fixing them with a lot of patience – and then I started to trust more myself and lose that fear of failing and what people could say about me.

Nowadays I can see the impact this had made in my career and the cooks as well. I have spoken to cooks I used to lead in the past and who are very successful in their career thanking me for coaching them and being a mentor.

What are some exciting new things coming to Primo this coming season?

Right now the team and I are already talking about fall menu changes, with this we want to integrate house made charcuterie, dry age steaks, and more pasta options. This way customers and guests can see, taste and feel in every bite the love, passion and time we put in every dish we prepare.

What are the most popular items at Primo right now from guests?

At Primo, people like to try new things but they also like to stick more to our staple dishes like the pork saltimbocca, farmer salad and of course the house made cannoli’s, which are chef Melissa’s staple dishes.

We do have other dishes like the octopus, house made pastas and pizzas which people rave about. 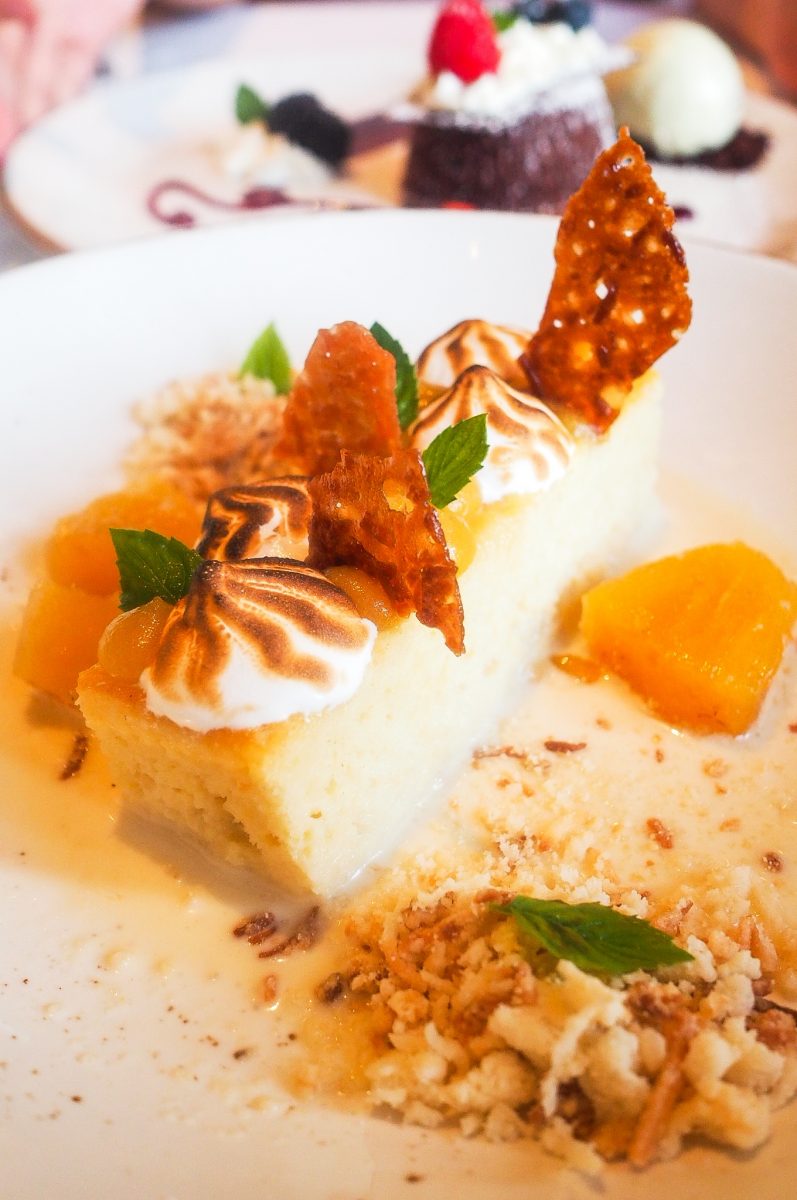 What makes Primo special and stand out from other restaurants?

I can say Primo is special because I can say we have an on-site garden and the Whisper Creek farm, which gives us very fresh and excellent produce to make recipes according to the season with the freshest ingredients right there from our backyard. Like I say, adding to this is the love our prep cooks and cooks put in everything that is done which is from scratch step by step to make it perfect.

Tell us about the sourcing of ingredients for Primo.

Here in the restaurant, we always strive to get the freshest local ingredients and of course the ones our farmers harvest for us. For example, we use Cape Canaveral Rock Shrimp, Lake Meadows Pork Belly, Florida grown Tomatoes, local fish and when making the menus I get with my purchasing team to source more local farms and purveyors.

At Primo, there is an on-site organic garden with three growing seasons that supply their restaurant with the freshest ingredients on a daily basis. Fall and spring are considered our hot seasons. During that time, they plant vegetables and herbs that thrive at high temperatures. Even though Florida’s winter season is short, the cold growing period provides Primo with squash, cauliflower and different types of lettuce.

What are some restaurants you like locally in town?

Basically when it’s time to eat I go very simple I have been to quite a few restaurants in Winter Park to do brunch on Sundays like Boca Kitchen – and the rest I try to visit small authentic restaurants.