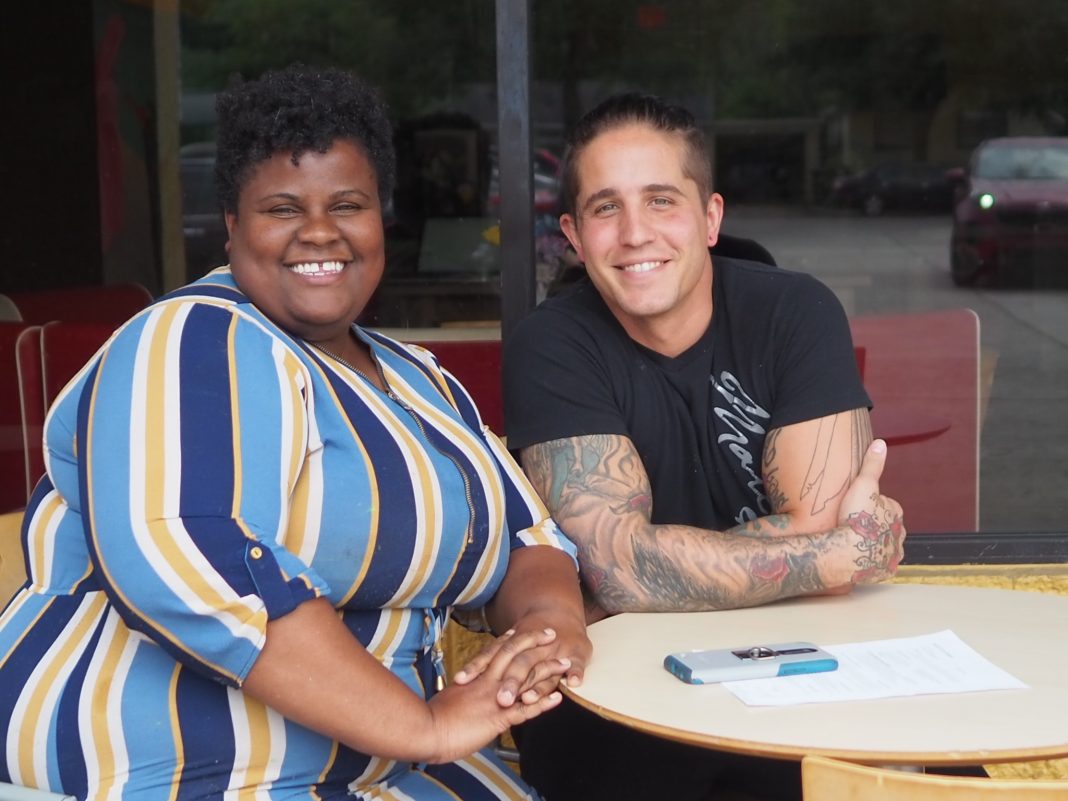 What first began in a gas station a few years ago, DaJen Eats founded by Chef Jennifer Ross has now grown into a popular restaurant located in historic Eatonville, Florida. Chef Jenn grew up in Jamaica but left for America when she was 16, and along the way, she studied food science in great detail to get a better understanding of how food works. She began to enjoy cooking more and more and adopted a vegan lifestyle because living a compassionate life in which human and non-human animals are treated fairly is important to her.

We were able to have a wonderful chat with Chef Jennifer Ross of DaJen Eats via e-mail about her inspiration, veganism, and life in Eatonville –

Tasty Chomps: What are some of the greatest influences in your life in becoming a chef?

Chef Jenn: Ah, my grandmother. She had lots of kids and so for most of her adult life cooked giant pots of food. When all the kids grew up and left home, she never adjusted. She kept right on cooking giant pots of food and would literally call strangers off the side of the road to eat. Her spirit of community has been such a huge influence to my approach to food, being a chef, and running a restaurant. I feel food fosters community, right? Let’s get you to the table with a hot meal, and then solve the world’s problems. Differences in opinions are much easier to digest on a full stomach with a dining mate.

Tasty Chomps: What are some of your favorite food memories growing up?

Chef Jenn: Having 3 Sunday dinners. Sunday dinners are sacred in Jamaica. That’s the time the family comes together and a special meal is prepared. Any given house on the island will almost always have Rice and Peas (red kidney beans) and some sort of meat. My family always lived within walking distance of each other. My mom and aunt had houses on the same property and my grandmother was 3 minutes down the road. I would first have dinner at my mom’s house, then go to my aunt’s because she would prepare something different, and then finish at my grandma’s house. I mean, does it get any better than that? 3 special dinners in one day. That was the life.

What are some of the most popular dishes right now at DaJen Eats?

Chef Jenn: Our Identity Crisis is by far the most popular sandwich. When we were at the gas station, people would come in and stand in line for 5 minutes trying to decide between our Jerk Chick’n Sammich, and our Buffalo Chick’n Sammich. So we created the best of both worlds, and shorted the ordering time. The Identity Crisis is our half jerk, half buffalo sandwich. Our bowls are also pretty popular. Start off with thyme-infused Jamaican Rice and Peas (red kidney beans), add your choice of crispy (air)fried chick’n, jerk chick’n, sweet and spicy cauli, buffalo cauli, or brown-stew cauli (you can pick 1, 2, 3, 4 or all 5 of these). All bowls come complete with rainbow broccoli slaw and grilled pineapple. 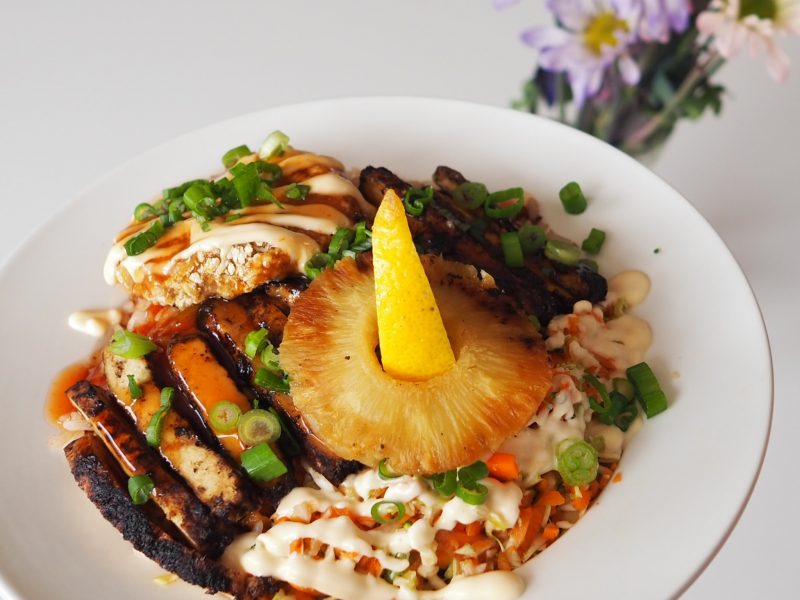 What does Irie mean?

Irie is a Jamaican expression of happiness and contentment. It’s a choice to approach life from an insanely mellow, and optimistic perspective despite whatever challenges arise.

Tell us all about Irie cream?

Chef Jenn: Irie Cream is our line of deliciously dairy-free ice cream. It came by completely by accident and has blossomed into its own. We have 14 core flavors (like Roll Out The Red Velvet Cheesecake, Unleash The Dragon Stout, and Rum Raisin The Roof , which was chosen as one of the top 50 desserts in the US by VegNews magazine.)

What are some of your favorite dishes on the menu that people should try?

Chef Jenn: Oh my goodness, we cracked the code on vegan curry goat. Ugh, can you imagine that?! Somehow we managed to recreate all the gameyness and shredded goodness of traditional goat in a plant-powered way. And we made it gluten-free to boot. It really doesn’t get much better than that. That heady curry sauce is the stuff you want poured all over your life.

What is the secret to cooking great vegan and Caribbean dishes?

Chef Jenn: Spices!!!!!! Luckily they are almost always vegan. Caribbean food is know for thyme, pimento, scotch bonnet peppers, browning, and escallion. You have to honor those traditional flavors and season your food with these traditional herbs and spices until the ancestors whisper “Enough my child.” Caribbean cooking is quite generous with the spices and revere braising and colorful food. That’s 2/3 of the battle. 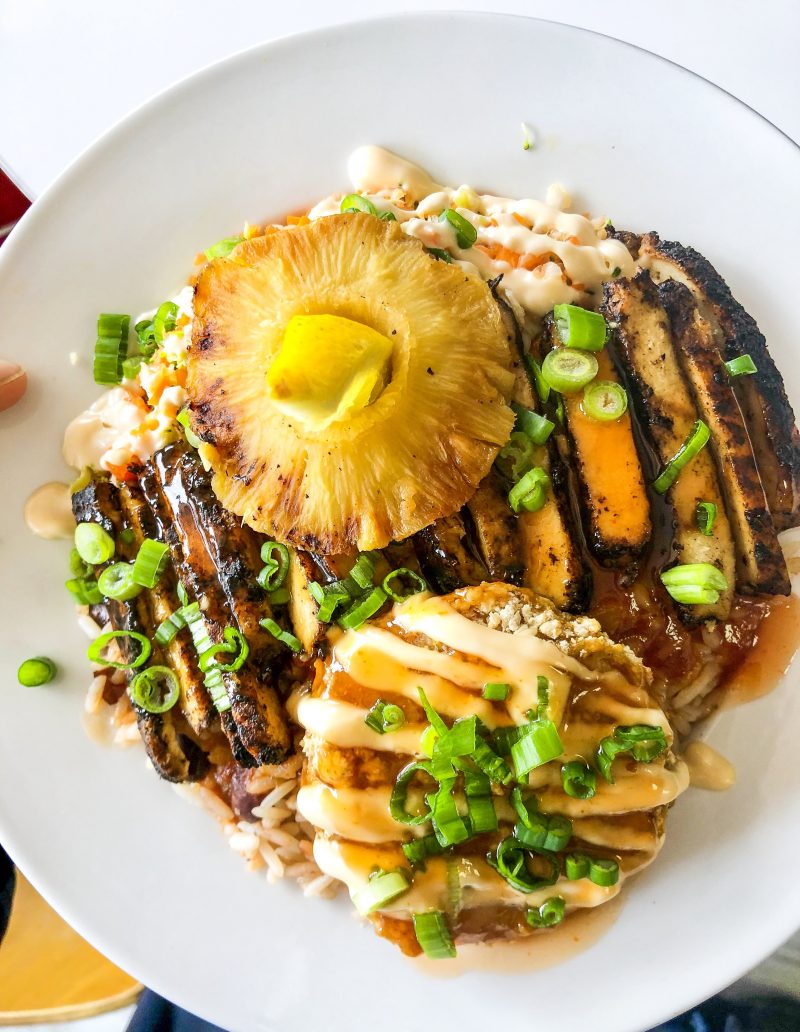 What are some “kitchen” tools that you can’t live without?

Chef Jenn: I am a pretty laid back kind of chef. I like basic stars. Does that even make sense? Ha! But there’s very little a chef’s knife cannot do. Still, the rice cooker is a worthy team player.

What are some ingredients that you love working with right now? –

Chef Jenn: I loooove working with heart of palm. It’s bland versatility makes it the perfect canvas for lots of spices. We soak it in a thyme-infused brine, add seaweed powder, saute with nori and it becomes the “saltfish” (traditionally salted cod) in our very traditional Jamaican breakfast dish of Ackee and Saltfish. Switch up the spices, add old bay, pulse a bit and it creates the most decadent crab cakes.

How has the transition been moving to the new space in Eatonville?

Chef Jenn: We love it! The extra space is fantastic. The privacy of having our own space has allowed us to incorporate more community focused events, like our monthly book club called Dinner and A Story, our educational movie night, Kwaanzaa, and cooking classes.

What makes Eatonville a special place for you?

Chef Jenn: Eatonville is the nation’s oldest, all-black incorporated municipality. For me, being able to bring vegan options here is such an honor. Our entire purpose is to add to the faces of veganism, to represent people of color in the vegan community, and to make veganism accessible to EVERYONE. 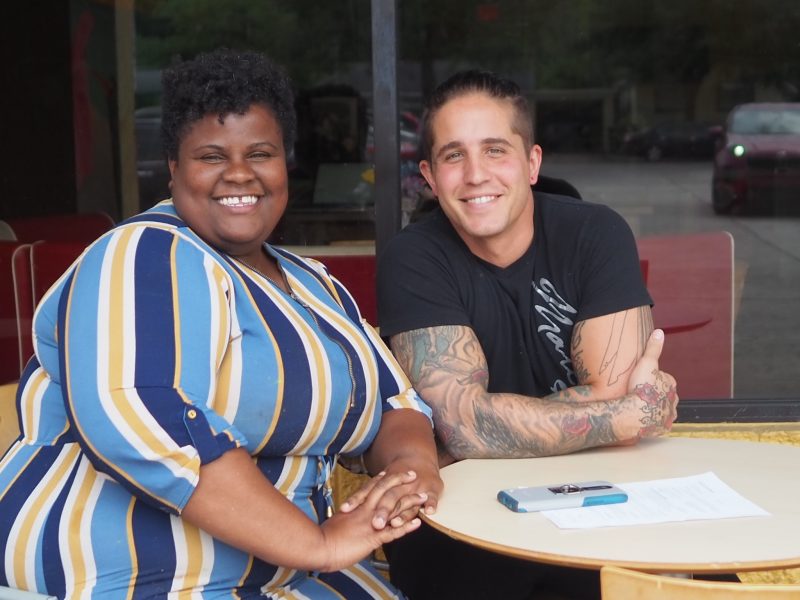 Have you seen more trends towards plant based diets in recent years?

Chef Jenn: What have you noticed in the industry? Plant-based is all the rage, dahling. There are myriad reasons for people to come to the vegan table and with the plant-based options becoming more plentiful and much tastier than the earlier versions, people are choosing to stay at the table. Even staunchly veg-opposed restaurants and celebrity chefs are now acknowledging that plant-based eating is not a fad and will perhaps be here for a long time, and have started adding plant-based options to their repertoie. No one wants to lose the veto vote with diners.

What are some reasons people choose to eat plant based food?

Chef Jenn: Ah, so many. For vegans in the purest sense of the definition, it’s about compassion, right? It’s a way of living that causes the least amount of harm as far as its practicable and possible to human and non-human animals in the way we eat, clothes we wear, and the entertainment we seek. Plants are notorious for lacking cholesterol but having a host of health benefits, so some get to the vegan table for health reasons. Others are here because we want to save the planet. Raising animals for meat is very taxing on the environment. Plant-based food use far less resources and give off far less undesirable by-products.

What are some common misperceptions of vegan food?

Chef Jenn: VEGAN FOOD IS GRASS AND SAWDUST! Ha! That is probably one of the biggest misconceptions. Vegan food isn’t bland. It isn’t foreign and it isn’t “other”. It’s simply food, food without animal products but when we stop focusing on what’s not there, we realize the 500 million things that are there or even the things we’ve always known but now look at differently, like jackfruit. There is also the perception that vegan food will not provide enough protein. But the animals we consume for protein get protein from plants.It is a terribly inefficient way of converting protein. Vegan simply skip the middle animal and get protein for a plants, – and there are sooooo many sources.

Where do you like to go eat when you aren’t working?

Chef Jenn: I could eat 5 times my weight in sushi. I like having plant-based analogues to the traditional rolls. So I really enjoy Kiko because of their vast vegan sushi options. I love Market on South, as well because their Orange Bird is my soul-mate, I’m convinced. Really, though, I don’t go out much and there are so many places I know I ought to try.

What do you make when you have no time or when it is really late at night – some thing that just hits home?

Chef Jenn: I don’t. Ha! I almost always order in. After my divorce and foray into singlehood again, it was blissful not having to cook for anyone at home. So I went the opposite route. I cooked NOTHING. I am really reigniting my love affair with myself and subsequently with food. The idea that I am worthy of taking the time to prepare a meal just for me, and the idea of preparing a meal that’s not for sale, not for others, not for the restaurant is a a new concept that is coming back to me. Since owning the restaurant, food became routine and calculated but I am starting to get away from that and falling in love again. Fancy that, eh?