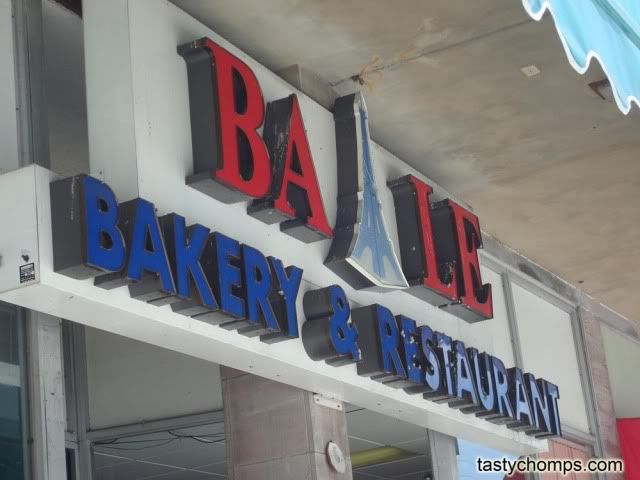 I decided to trek out to the Ba Le (located off of Mills Avenue in the Mills 50 District of Orlando about 8 blocks north of Colonial Drive) this afternoon to get my fix of their renowned Vietnamese Banh Mi, or Vietnamese baguette sub sandwiches.

Ba Le is actually an independently owned franchise (do not be afraid: they make and bake all their goods on premises) selling its famously good brand of banh mi, those French-influenced Vietnamese sandwiches that had its own journey of sorts across the Pacific Ocean to the shores of America.

The origin of the Vietnamese banh mi sandwich is a reflection of Vietnam’s history in itself; its French baguette bread: the influence of 200 years of French colonialism, its various pork meat cuts: a cousin of Chinese pork slices, and its Vietnamese fish sauce and pickled carrots and daikon and other ingredients all culminating in the conception of the banh mi sandwich. Even Ba Le’s own trademark logo is a tribute to the French influence with an image of the Eiffel Tower in its center.

The fillings of banh mi vary from xiu mai (meatballs) to sunny side up eggs to chicken to grilled pork to almost anything you want to put in a baguette sandwich. Recently in the US, the banh mi continued its evolution with polish kielbasa sausage and other meats put into the mix.

However, the popular way to get it is the banh mi dac biet option (special combo) which puts together a slice of all the most popular cold cut meats into one sandwich.

The meats, as demonstrated by this diagram from a recent New York Times article about the transformation of the ubiquitous banh mi, include: ham, headcheese (a type of ham made with pigs ear for crunch), pork liver pate, and cha lua (fish sauce seasoned pork roll). 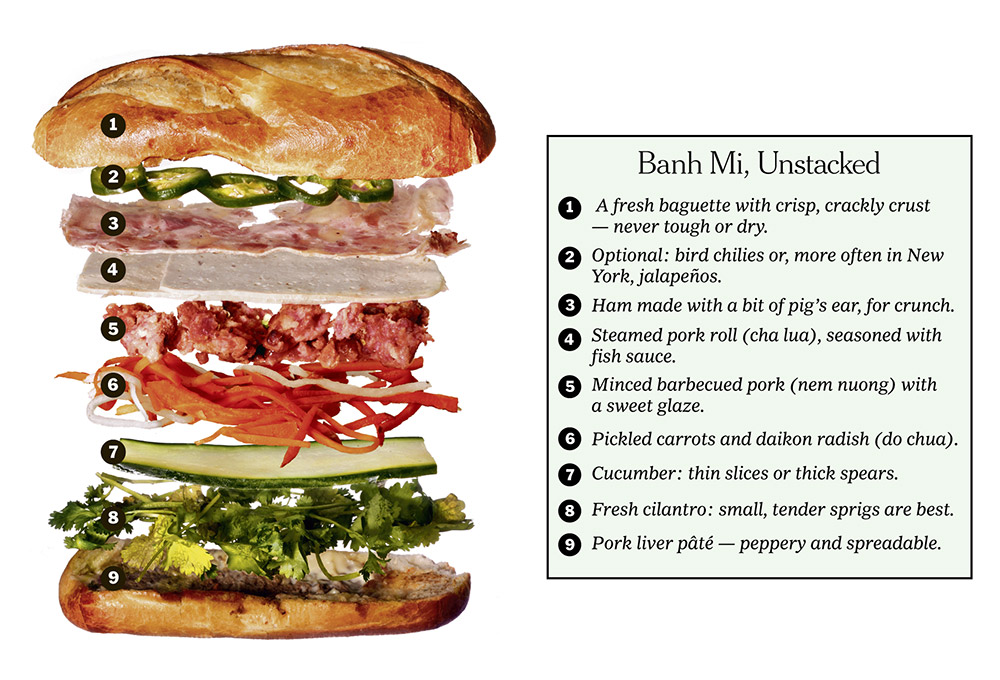 There is also a special Vietnamese mayo sauce made of eggs and oil that is spread on the bread that gives it its incredibly addicting taste.There are also hot chilis or jalapeno peppers that are added for that extra kick as well as salt and pepper and vinegar, fish sauce and soy sauce if you like to add it to the mix as well.

Banh mi is like the fast food of choice of the Vietnamese, quick to make they are easy to carry and snack on during long road trips and really cheap (they’re $3.25 each for the dac biet special option and buy 5 get 1 free!).

As I entered Ba Le, two teenaged sisters sit idly by at the counter of Ba Le bakery and restaurant, undoubtedly the daughters of the owners of the establishment, like so many other children of Asian-owned restaurants across the US on weekends. Help out with the family business; it’s your filial duty they say.

I order the banh mi dac biet to go and one of the sisters heads back behind the counter to assemble the sandwich as the other sister takes my payment. The banh mi is soon ready.

My banh mi was delicious: the bread was baked soft and slightly sweet, the meats were all high quality and tasty and the pickled carrots and daikon crunched as I bit into them. Ba Le Bakery and its banh mi are definitely a tasty chomp. Chomp.

The Deli counter and the magical cold cuts of banh mi

There are other Banh Mi shops in orlando as described here:
http://tastychomps.blogspot.com/2009/05/vietnamese-banh-mi-sub-sandwiches.html