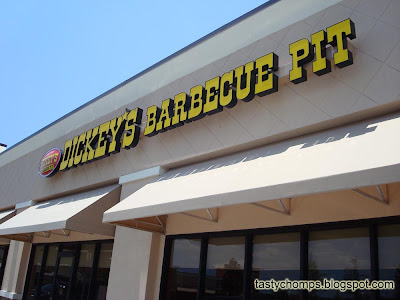 We woke up one Saturday morning hankering for some good barbeque to chow on so we decided to head out to Oviedo to visit the recently opened Dickey’s Barbeque/BBQ Pit.

The decor here is as bland as some of its food. It’s lit by flourescent long tube lights which gives it a cafeteria like feeling and the ambiance is that of a dining room inside a K-mart. 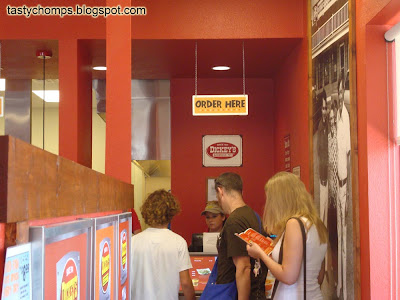 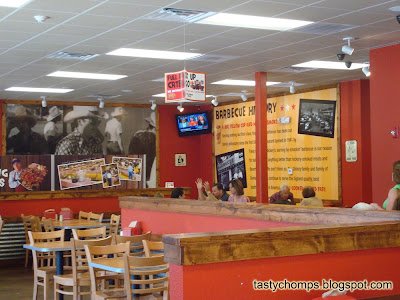 You order your meal first at the counter, priced by the number of meats or cheaper if you get a sandwich.I ordered the two meats platter: sweet pork ribs and pulled pork with baked bbq beans and waffle fries for my sides. A few of my friends got the beef brisket and pulled pork with macaroni and cheese and waffle fries for their sides. They also serve spicy polish sausage, smoked chicken breast, and smoked turkey breast for meats and baked potato casserole (kind of like mashed potatoes) among others for their sides.

The food came out pretty fast and we began to chow down.

First, the bad:
The pulled pork was disappointingly bland and tasted like it was boiled, needing a lot of sauce to have any flavor at all. The baked beans and macaroni and cheese were both also lacking in flavor and tasted like they came out of a can/box. 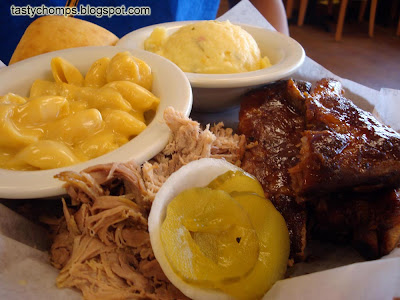 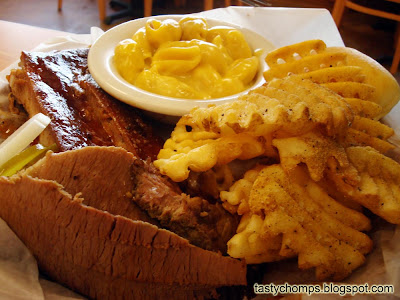 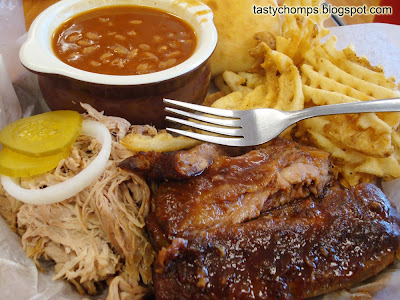 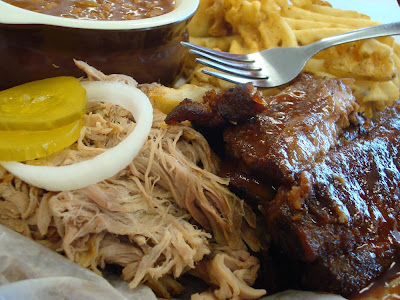 Now, the good:
The sweet pork ribs were succulent and juicy falling off the bone. I enjoyed it the most out of the meal. There was a small ciabatta like roll that came with the meal and it was sweet and delicious and surprisingly warm and soft to the touch. I also mildly enjoyed the waffle fries but they seemed to have been sitting for a while.

My friend and fellow barbeque connoisseur Kha noted that the beef brisket was braised rather than smoked because of the lack of a colored ring around the meat which is typical of slow smoked barbeque. It tasted fine though.

Another of our friends Frank got the pulled pork sandwich and it was just okay. 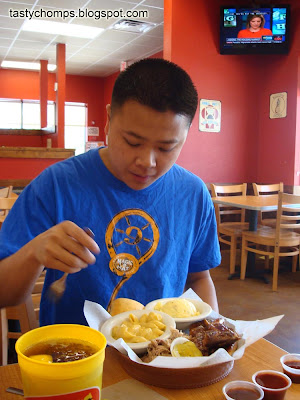 Kenny from Maryland is in town to try Florida’s food offerings but decided not to come back to this place.


They also have a huge pickle jar where you can get free pickles. Also as a consolation to the mediocre meal is a much-welcomed, free soft-serve vanilla ice cream cone on the way out. 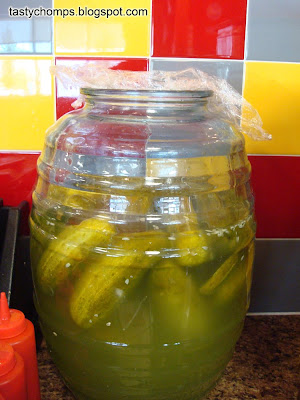 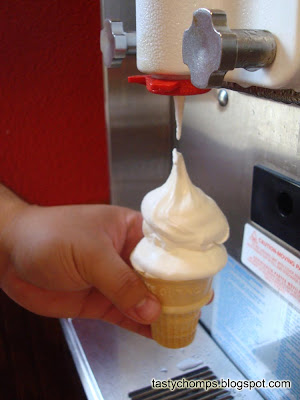 Overall, I think this place is just okay. Definitely avoid the pulled pork as it is tasteless but definitely get the sweet pork ribs. You would think they’d be more consistent with their flavor.