Pollo Pio Pio
is actually a small family owned Latin American franchise that can be found from New York to here in Orlando in two places: South Semoran Blvd and on International Drive. I visited the south Semoran Blvd location to explore the culinary delights within.

Pio Pio, roughly translates to “chick, chick”, is the sound chickens in Latin America might make. So it correlates that this place would specialize in some good tasty chicken dishes. More on that in a little bit.

Upon arriving at the plaza on South Semoran in a predominately Latin American part of Orlando, one may be subject to find the outer shell of Pollo Pio Pio to be a bit ‘sketch’, but don’t judge this book by its cover. Stepping inside, you will be pleasantly surprised by the dark wood and soft lighting and overall quite elegant decor of Pollo Pio Pio. The atmosphere is friendly and the waiters are decked in sophisticated all black attire.

I first order some calamari to start, a freshly fried and tasty appetizer. The arepa is fine but I guess I am not a big fan of corn cakes.

We also order a side salad, topped with a gratuitous amount of buttery avocado (probably an entire avocado is sliced on top of my salad), with a side of a deliciously creamy dressing. Skip the empanada as there are better tasting empanadas elsewhere here in Orlando, but definitely get the 1/4 chicken meal with rice and beans.

The rotisserie chicken here is delicious, crisply crackly skin infused with herbs and succulently meaty. Although the chicken was good, I feel that it may have been better if it was a bit more flavorful than it was.

The steak is alright but I would stick with the chicken here at Pollo Pio Pio. For a drink, definitely get the mango smoothie, a sweet, thick and refreshingly fruity drink made fresh and a bit tart. 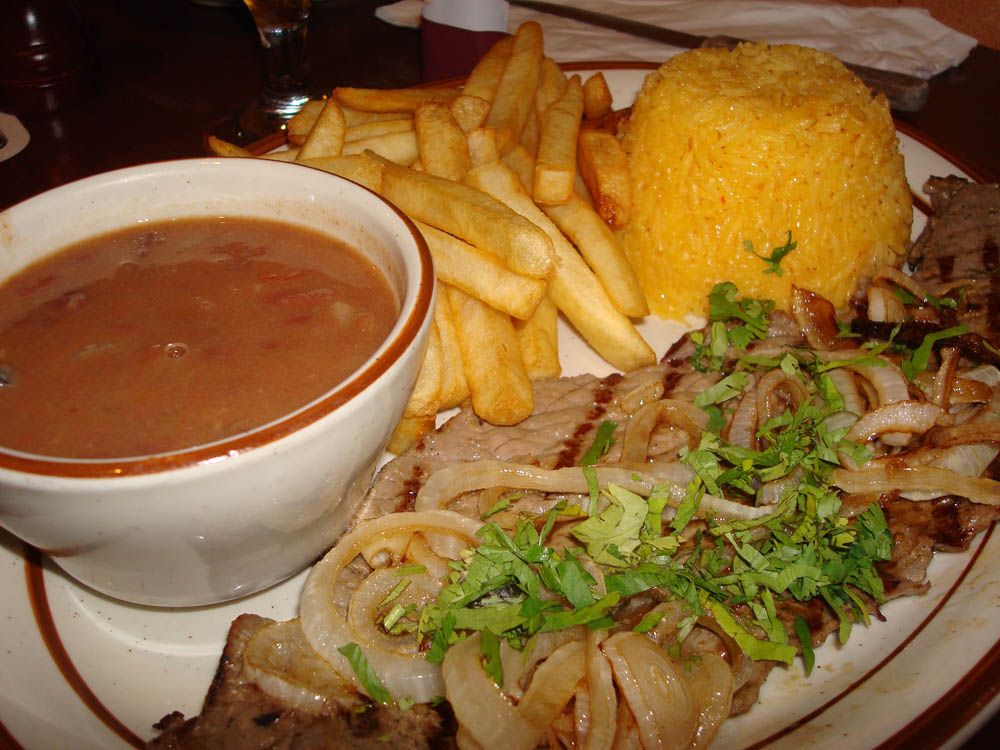