By Ricky Ly
Jul 22, 2011
In
Uncategorized
Share
Facebook
Twitter
Pinterest
WhatsApp
Linkedin
ReddIt
Print
2636
Applebee’s recently came out with a few stacked stuffed and topped dishes to their menu. They sent me a gift card to try out their items. I will go check it out later this week and report back! Below is some more information on the new dishes! check it out 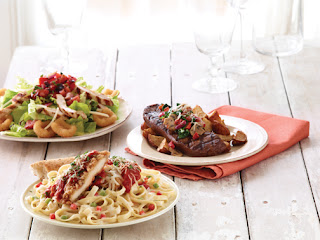 “Steaks and pastas are our best-selling items so we know guests love them,” said Chef Shannon Johnson, executive director – culinary innovation & development at Applebee’s. “We are taking these tried and true favorites and literally stacking, stuffing and topping them with new flavors.”

Today’s guests want to try new foods but are skeptical at spending their hard-earned money on something they might not like. In fact, 66 percent of consumers report they enjoy trying new flavors from time to time while 20 percent said they prefer to stick to tried and true options according to Technomic’s Flavor Consumer Trend Report.

The Applebee’s culinary team experimented with dozens of concepts before choosing the following Stacked Stuffed & Topped dishes, all of which scored well among focus groups:

And this isn’t the first time Applebee’s has stuffed a popular item with greater flavor. The new items join Applebee’s Provolone-Stuffed Meatballs with Fettuccine on the menu.

Applebee’s is also having some fun with those Stuffed Meatballs, this time in an appetizer. Applebee’s Stuffed Meatballs & Mozzarella Scoops features two meatballs paired up with crispy scoops of golden fried mozzarella, topped with zesty marinara, parsley and Parmesan cheese.

“We’re putting excitement back into the casual dining experience and being almost irreverent in our approach,” said Johnson. “People thought we were nuts when we took a perfectly good meatball and stuffed it with Provolone but our guests have eaten 30 million of those meatballs in less than a year, so we’re definitely onto something.” 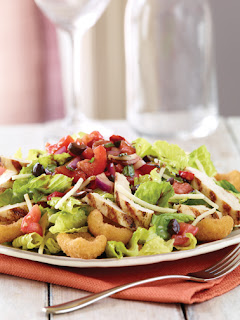 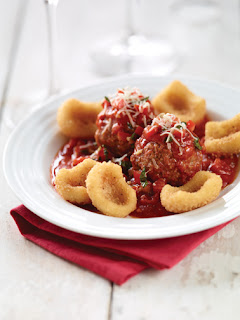 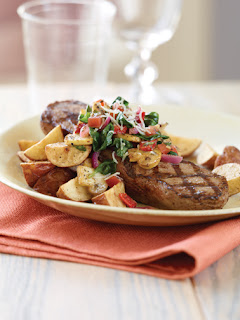