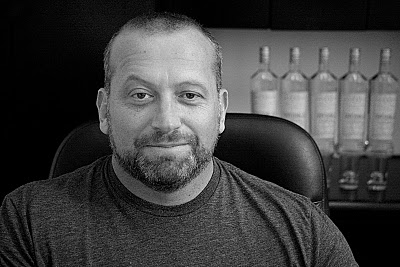 James Dale, a native of New Zealand, and still giddy from his homeland’s recent win in the Rugby World Cup, sat down and talked to us at TastyChomps.com about the new Wódka, a cheap premium vodka that has made a big splash here in the states. The brand has recently been picked up by Publix here in Orlando, making it one of the newest and fastest growing markets for the new alcoholic beverage. I recently sampled some of the Wodka and I must agree that it is a very smooth, delightful vodka. Definitely going to go well to warm up those cold winter holiday nights.

Tasty Chomps: What inspired you to go into the business and what was the most important lesson you’ve learned from your time in the business?

James Dale: I’ve worked in the spirits business in some fashion for over 20 years and have always loved it (the business and the booze) – it’s a far more complicated business that anyone gives it credit for and there’s a tremendous amount of creativity involved at every level, but at the end of the day I’m a salesman, I love to sell my brands, even as the CEO of Panache Beverages. Lessons? Humility, toughness and respect, this business is tough and it will beat you up – you have to respect the business and the competition but believe you can do it better than anyone else.

T.C.: What are the origins of Wodka and how is it produced?

Wodka was actually owned by the polish government after the war – they stopped making it a long time ago.  We discovered it while we were at our distillery in Poland and brought it back to life. We have one of the original bottles and labels from the 1950’s – keeps us remembering the egalitarian roots of the brand. Wodka is distilled three times from quality rye – its smooth, really smooth.

T.C.: What inspired you to bring Wodka to America?

We’re actually in 5 countries so I’d like to think we’re bringing Wodka from Poland to the world. People have changed since 2008 – people need and appreciate true value. We felt we has something that people really wanted rather than launching something you have to convince people they need.

T.C.: How do you think Wodka tastes compared to its competitors?

Our quality and taste is unmatched in the industry for the price – we were the first brand you can purchase for under $10 that the Beverage Testing Institute awarded 90 points to. Take Wodka Vodka and then taste some cheap vodka – actually, scratch that – taste Grey Goose and then taste Wodka Vodka – you’ll be shocked.

T.C.: Why do you think Wodka is one of the fastest growing vodkas in America right now?

We’re offering something to people that they want and we’re not trying to be something we’re not – we’re a great vodka for a really low price that doesn’t take itself too seriously. People like the taste, it doesn’t kill their pocketbook and they get a laugh when they see the marketing. It’s a recipe that’s working. 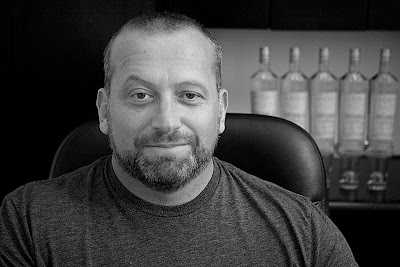