Exclusive New Details and a Brewmaster announced for Cask and Larder 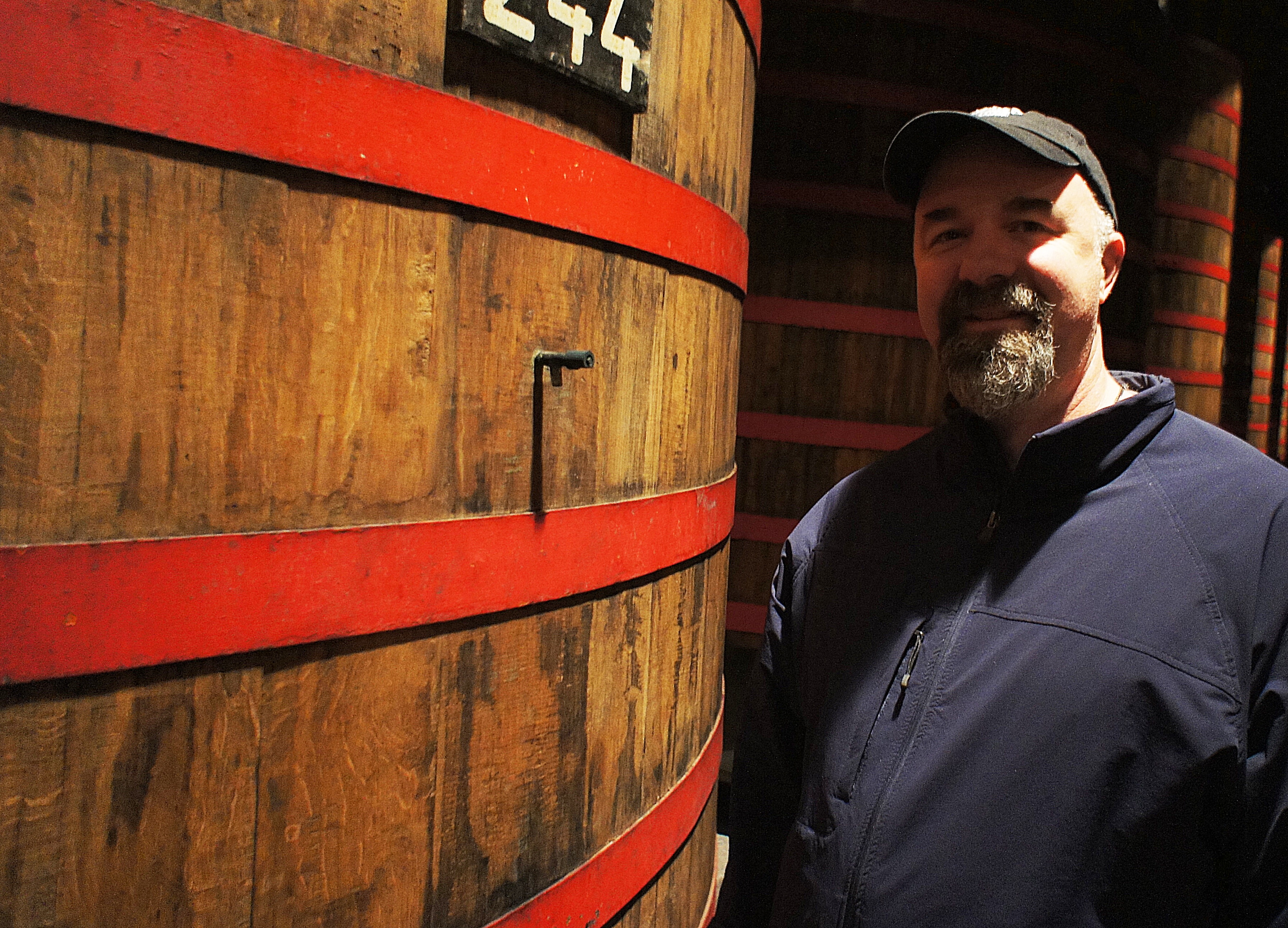 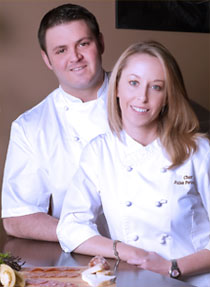 Chef/Owners James and Julie Petrakis of The Ravenous Pig

I had the opportunity to talk to Erin Allport of The Ravenous Pig recently about the upcoming Cask and Larder, revealing new details about the restaurant taking over the Harper’s Tavern spot, like a 15-seat table for serving entire roasted pigs and goats,  as well as the announcement of their new Brewmaster.

James and Julie have now teamed up with another husband and wife team, Tracy Lindskoog (currently general manager at The Ravenous Pig) and Dennis Dernard (who hails from James Beard award nominated Blackbird in Chicago), to open Winter Park’s newest restaurant Cask & Larder in the historic building previously called Harper’s Tavern. Tracy will manage the ‘front of the house’ as Managing Partner and Dennis will run the ‘back of the house’ as Chef de Cuisine. The 6,000 square foot, 150 seat southern-inspired restaurant will also house its own brewery.

The name Cask & Larder has two meanings; “Cask” refers to the beer being made in-house and “Larder” the deep rooted name for a Southern pantry. Cask & Larder will continue the mission of The Ravenous Pig, to utilize locally-sourced, seasonal ingredients. A majority of all items served will be made in-house, including the beer. The prohibition era-inspired cocktail menu has been so popular at “The Pig” will continue at the Cask and Larder with a  southern-inspired cocktail menu.

All of this is very exciting news for the Winter Park area, experiencing a renaissance of sorts with new shops and markets opening despite the closing of some in the area, such as Circa, Brandywine Deli, and Spice as reported at ScottJosephOrlando.com 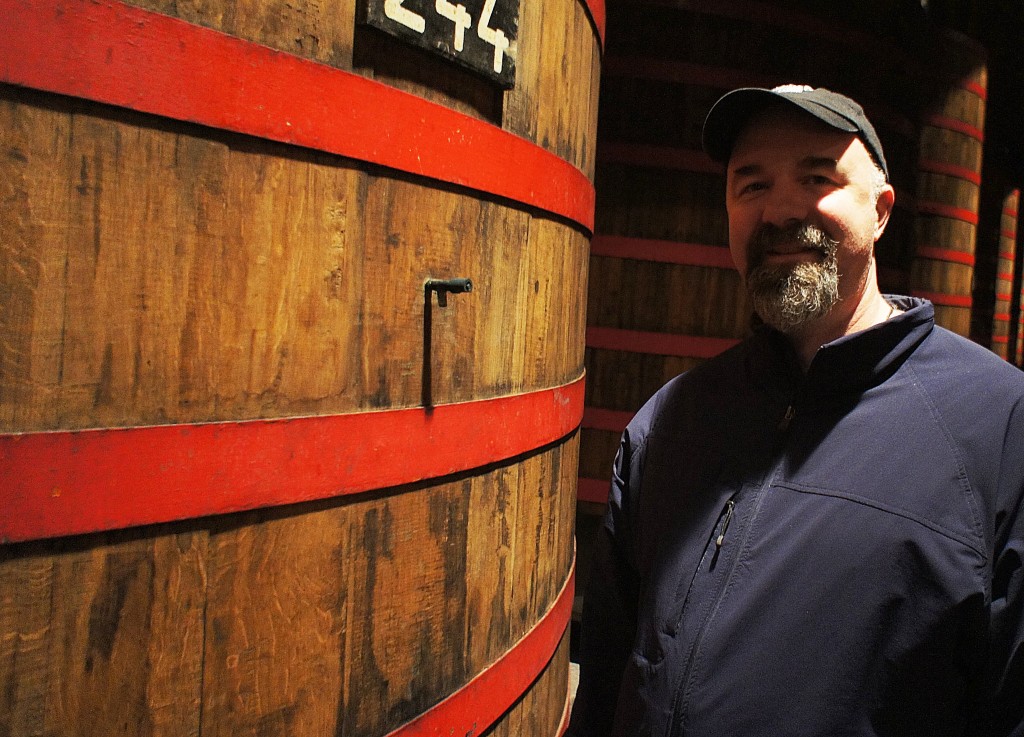 From the press release:

James & Julie Petrakis, chefs & owners of The Ravenous Pig, have named Ron Raike the brewmaster for Cask & Larder, their new Southern-inspired restaurant that opens this summer.

Raike began brewing beer 20 years ago while studying for his Master’s from the University of Central Florida in computer engineering. He realized his passion for brewing beer, and has been brewmaster at Shipyard Brewing Company for more than a decade. He is one of the few Certified Cicerones ™ in the state of Florida, and for more than 10 years has been teaching graduate level students at the University of Central Florida Rosen School of Hospitality Management about the art of brewing English Ales, Belgium Ales and Belgium Sours. Raike recently won “Best of Show” at the 11th annual Best Florida Beer Championships 2012 in Tampa.

He recently toured Belgium to gain more experience in the Belgium style of brewing, which no one is doing in the Southeast, according to Raike. He plans to work with the kitchen using local ingredients to be a truly local Orlando brewpub.

“It’s exciting to be working with James and all the chefs from Cask & Larder,” says Raike. “I’m really looking forward to brewing the best beer possible and bringing truly great beer to Orlando – I’m following my passion to make awesome beer to go with awesome food.

James Petrakis said, “We’re very excited to be bringing back some life to this historic location. Our roots are here and we are a part of this community. We live here, our business is here and we’re raising our son here. We’ve always wanted to have a second restaurant that would complement the pig but also give chef’s an opportunity to showcase what they can do. Cask & Larder is just that.”

According to Erin Allport, the Cask and Larder should open sometime at the end of August 2012. The beer equipment will arrive at the location sometime in May, allowing the team to have ample time (usually brewing will take about 6 weeks) to test out and ready their batch for opening, and allowing the locals to try everything out before the snow birds arrive for the winter.

The restaurant will feature dishes such as Appalachicola oysters and country hams, and less on charcuterie that The Pig is already known for. Additionally, Chef Dennis who was known for his Sunday brunch in Chicago, will be bringing a similar Sunday Brunch Concept to the Cask and Larder.

There will be a 15-seat communal table that guests can either book or seat randomly with guests. At the table, the guests can request to roast a whole animal, from a whole pig, lamb, fish, goat etc.

The O’Boys BBQ that once sat in the location also left behind a smoker which is a chef’s meat-smoking dream come true. Also left behind were Tom Harper prohibition era bottles that will remain as part of the new restaurant after all the renovations are completed.

Erin says that the Cask and Larder will be open most days from 3pm-Midnight. According to Erin, the Hannibal Square area in Winter Park has a strict no-alcohol policy after midnight where they will snatch the alcohol out of your hand. Hopefully that will change.