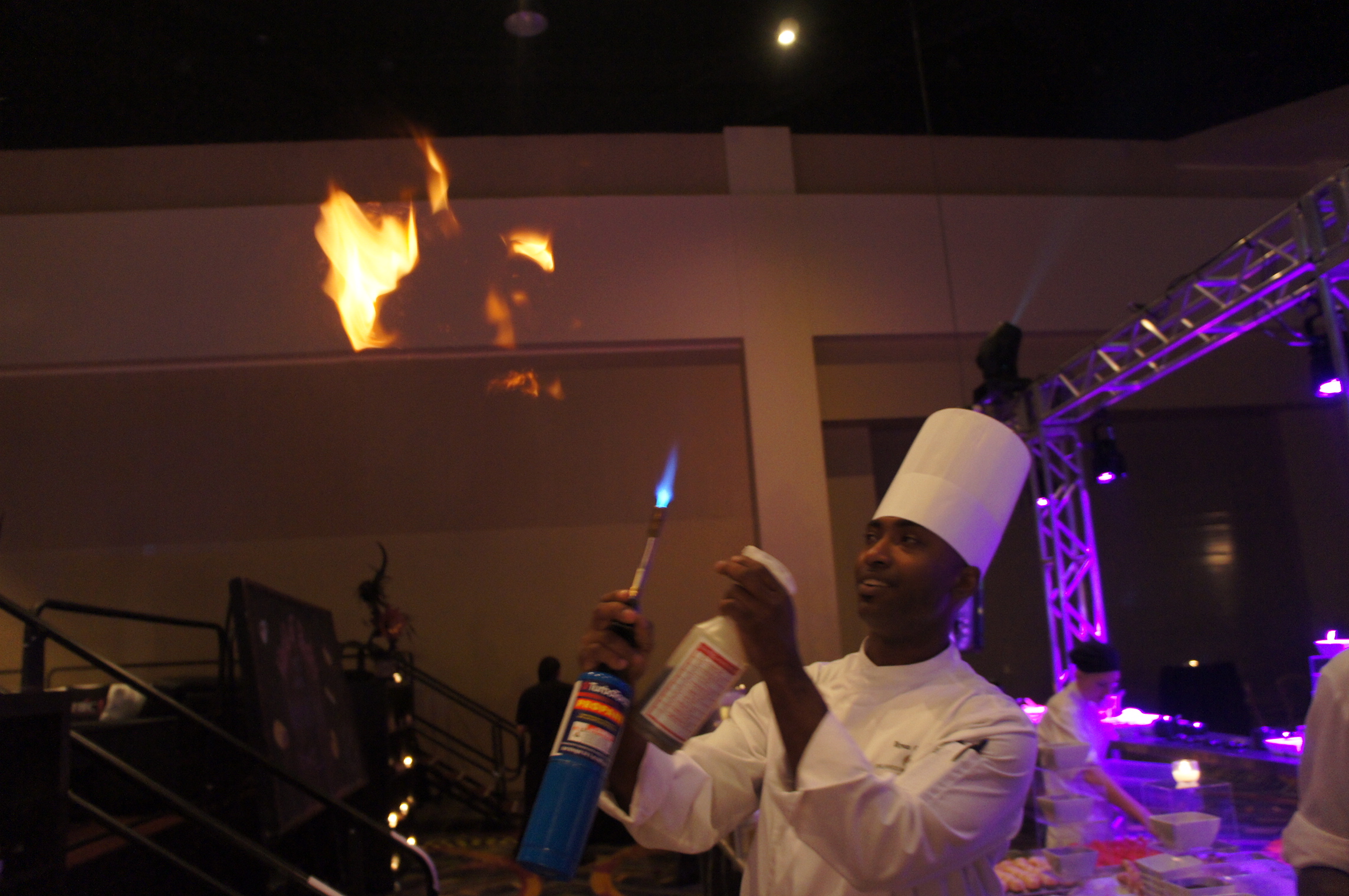 This past weekend, the 23rd Annual Taste of the Nation Orlando took place at the World Center Marriott hotel. It’s purpose: to fight childhood hunger in Central Florida and benefiting local charities Coalition for the Homeless of Central Florida and Second Harvest Food Bank of Central Florida. 100% of the ticket price went to charity and there was a live auction as well during the event. In total, $248,785 was raised through the event!

The food was fantastic, with some of the very best restaurants in town representing, and giving back graciously to the Central Florida community. My favorite of the evening was Chef Hari Pulapaka of Cress Restaurant’s Fresh Florida Corvina Seafood Ceviche, with a cilantro and mint chimichurri sauce and local pork chicharron, light and airy yet packed with fresh flavors.

Below are a few photos of the event, as well as a press release.

Live auction at Taste of the Nation

For the complete set of photos, check out FACEBOOK.COM/TASTYCHOMPS TASTE OF THE NATION 2012 PHOTO ALBUM

Share Our Strength’s 23rd Annual Taste of the Nation® Orlando was a huge success this past Saturday, raising $248,785 to fight childhood hunger! Local beneficiaries are Coalition for the Homeless of Central Florida and Second Harvest Food Bank of Central Florida, along with the statewide Florida Impact.

The night included a silent auction presented by Neiman Marcus, chance drawings for Jet Blue tickets and an island getaway, a live auction, and an instant “wine cellar” of 100 prime bottles to the lucky person whose key opened the lock.

Beyond the great food and great drinks, the evening had a greater cause though – feeding hungry children.

Presented by Darden Restaurants, the fundraiser was organized by a 37-person volunteer steering committee representing a variety of local businesses and organizations. Committee co-chairs were Michele Byington of Regions Bank and Bill Sullivan of I. Wanna Distributors, Inc.

In addition, we would like to thank Progressive Communications for donating their printing services and Frank Mitchell, Brion Price Photography, and DSW Photography for their time and talents as the official event photographers.

Disney to host First Ever Food Truck Rally in partnership with...