Eddie Huang at Rollins College – Fresh off the Boat 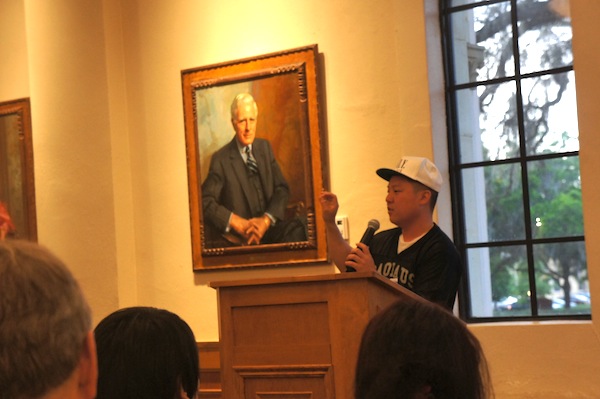 Eddie Huang, host of the Vice.com Fresh off the Boat series and author of the newly released (also titled) Fresh Off The Boat memoir, recently visited his alma mater Rollins College on Tuesday March 19, 2013 for a “reading” of his new book.

“Life is not a track, it’s not a train or one highway.” Eddie said, when talking about his circuitous path from attorney to stand up comedian to Food Network contestant and now chef/owner of Baohaus, author, and media personality.

The child of Taiwanese immigrants, while growing up in Arnold Palmer’s Bay Hill and one of the few faces of color in the community, he was often the target of racial taunts of “ching chong Eddie Huang” after baseball practices and was even called a chink on his first day at kindergarten. This incident, among others, made Eddie realize he was an outsider and often caused him to run into trouble with authorities.

His life changed while at Rollins College studying Liberal Arts under the tutelage of professors who truly cared for him. He took classes such as acting, screen writing, and Chinese. Eddie said, “I went to school to train my mind, my soul, and to answer questions of ‘who am I?'”.

Always interested in social justice as well as rehabilitating his standing in society, he decided to pursue law for his graduate degree. After studying cases such as Bush V. Gore, he realized, “what drives decisions in this country is not rule of law, it’s politics and money.”

“We have the power to vote with your money. If you support gay rights, don’t go to a Chic-Fil-A. If you don’t like what McDonald’s does to our food ecosystem, then don’t go to McDonald’s.”

Eddie decided to go into the food because it was one of the few industries that Asian Americans weren’t questioned for excelling at. Having learned everything from his mother, he believes she is still the best cook in Orlando.

“Don’t let occupation define you. What you do says a lot about you, but who you are is not what you do,” Eddie advised. 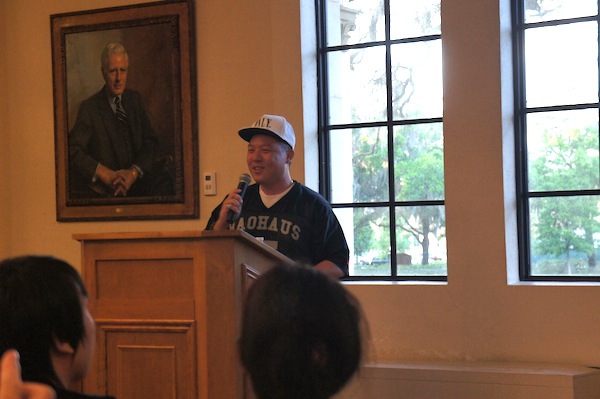 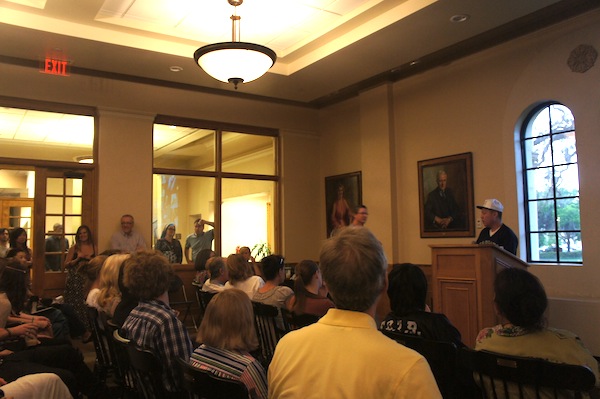 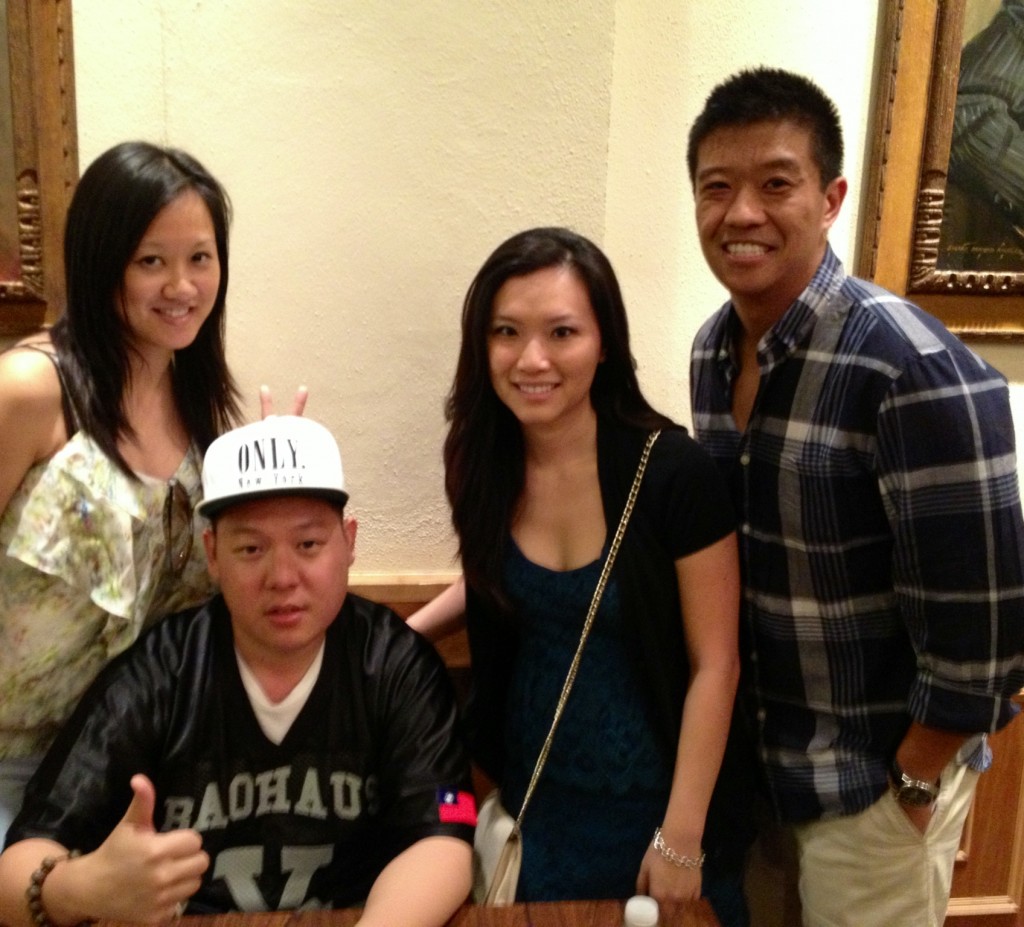