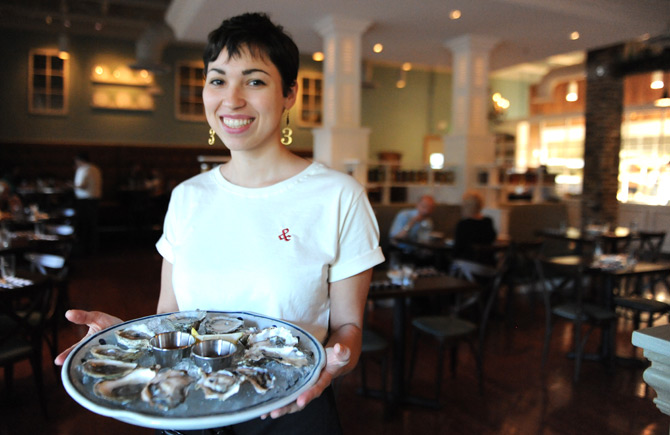 On Monday, Chefs David Chang of NYC’s Momofuku and Paul Kahan of Chicago’s Blackbird were jointly honored as the nation’s most outstanding chefs by the James Beard Foundation.

According to the Associated Press, “After leaving computer science, [Kahan] spent years apprenticing to some of the city’s top talent, including Rick Bayless. He spun that experience into an award-winning restaurant group that includes Blackbird, Avec and The Publican, all of which reflect his own culinary obsession — sustainably sourced ingredients and close relationships with producers.” 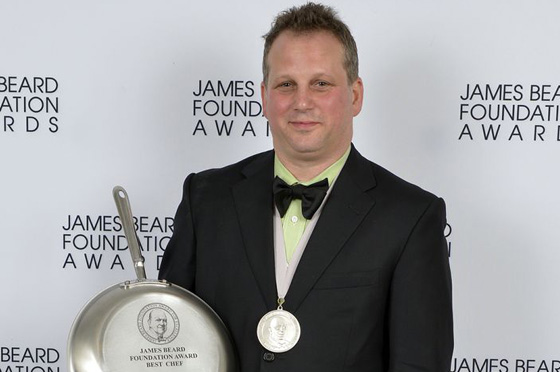 Winter Park’s Cask & Larder Chef de Cuisine Denis Bernard, a graduate of the Florida Culinary Institute, once worked in Chicago at the acclaimed Blackbird before becoming chef de cuisine at The Ravenous Pig and now, at Cask and Larder.

Bernard worked for Paul Kahan for almost 5 years in Chicago.

After working at Blackbird for 4 months, Paul Kahan promoted Bernard to Sous Chef.

When Publican opened, Dennis moved over there to run Brunch and also the charcuterie program (both award winning).

“Getting the James Beard award is like winning an Oscar but I also like what the foundation does for the culinary industry as a whole, especially in helping to educate the public & inspire chefs,” Bernard told us through e-mail interview.

It is his goal to be nominated for the James Beard Award one day.

Previous articleBento Group to bring KASA Tapas and Raw Bar to downtown Orlando
Next articlePanel: How to Start a Food Truck and FASHION TRUCKS