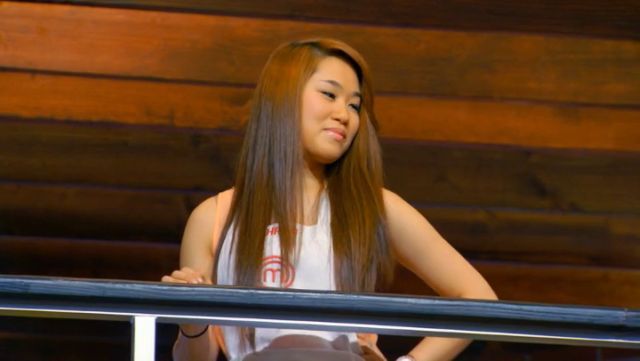 Ahran Cho is currently a contestant on MasterChef Season 5, which took place while she was a senior at Henry M. Gunn High School, located in Palo Alto, California. Her love for cooking and passion for food has motivated her to continue on with her culinary aspirations.

Though she is only 18 years old, Ahran has an extensive knowledge on cooking and baking, having taken multiple courses all around the country – from South Korea to Texas to California.

She started a club (Gunn Cooking & Baking Club, respectively) at her school to help other students enjoy cooking as much and she does. She wants to pursue a career in the Culinary Arts field and wishes to open her own restaurant in the future. 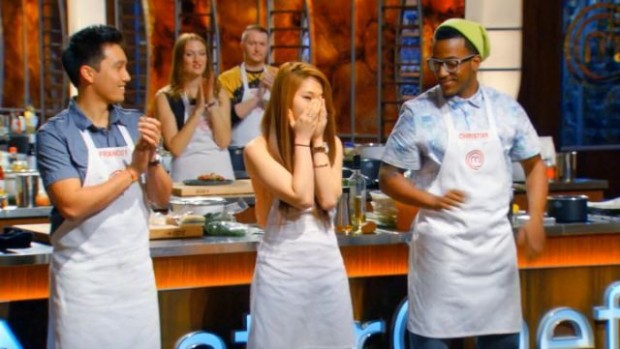 How did it feel being on there as the youngest home cook on MasterChef?
It was surreal being the youngest home cook to ever compete on the show. But at the same time, I kind of started to forget about my age difference and focused more on matching my skill level with all the other older, and much more experienced cooks. It was a good way of challenging myself.

What were some of your favorite food memories from Korea?
I actually only lived in Korea until I was about three or four years old, so I don’t have any memories of growing up around a huge Korean food culture. However, when I went back to Korea four years ago, I loved experiencing the crazy food culture – street food in particular! My fondest memory was eating spicy rice cakes on the streets at midnight. I’m excited for my upcoming trip next month. 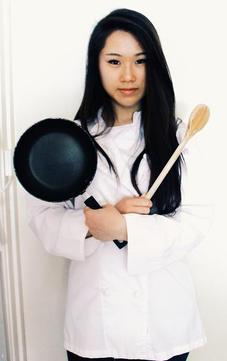 What are some of your impressions of Gordon Ramsay, Joe Bastianich, and Graham Eliot?
I was completely star-struck by the judges at first. It was so strange to go from seeing them on television to actually meeting them upfront. Gordon is extremely caring – I could really tell how passionate he is about food and people. He would always check up on the contestants and make sure that we were doing well. He also smells really nice.

Though Joe was intimidating, he and I got along very well. He is a really cool person and tells it like it is – which I really appreciate. Also, for some reason, I always felt the need to heavily impress him because I knew how tough of a critic he is – a mindset that helped me strive to do really well.

Graham was definitely the most personable of the three. He is super down-to-earth and so incredibly talented it’s jaw dropping.

Besides your green tea sponge cake, What are some of your favorite dishes to cook?
A lot of other contestants have inspired my cooking – Christine in particular! That woman is amazing at everything Italian, and she’s a pasta queen. I’ve started to practice my pasta skills more often, and I really enjoy making it. Since my parents are so accustomed to Korean food, they also love eating the new things I create. Baking is also something I do for fun all the time! I find it very therapeutic and a great way to relieve stress.

How did your friends feel when they found out you were on MasterChef? Do you ever cook anything special for them?
My friends were pretty shocked. However, a lot of them used to always joke around that someday I would get my own cooking show. They have really been enjoying watch the episodes and cheering me on. My best friends are my guinea pigs and always love to try my food. Normally when I bake to experiment, they test out my creations (and they love doing so!). 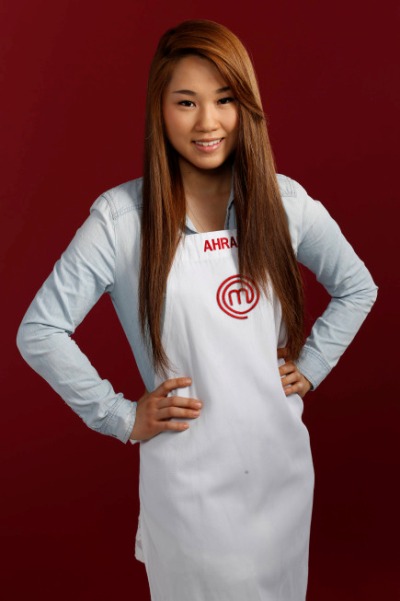 What are your thoughts about Orlando’s MasterChef contestant Francis Biondi? Did you have any favorite fellow contestants that you bonded with? Any that you disliked?
Francis Biondi is awesome. We got along really well and became super close friends. He was definitely one of the people that I was able to talk to about personal issues. I became extremely close with Christine, Willie, Kira, and Elizabeth as well. I consider them to be a family and I’m really lucky to have gotten to know those people. I really like all of the contestants in this season. It’s crazy to think how talented all of them are. It was definitely an honor being able to compete against them. Though it may seem like I have issues with a few of them, there was absolutely nothing personal that went on behind the scenes.

This past week, there was a huge fight with Leslie at the wedding event, what happened and how are you guys relationship now?
Leslie and I are very close. I really respect him and I believe he is SO talented, and definitely someone that was totally underestimated in the beginning. We text every week and check up on each other – also, he told me to visit him in Malibu sometime.

What is your strongest cuisine to cook in and why? your weakest?
My strongest cuisine is probably Korean, because I am so familiar with all the flavor profiles, techniques and tastes. However, I am always looking to improve my skills. My weakest cuisine is definitely Mediterranean. Other than occasionally going out to eat it, I’ve never taken it upon myself to try and cook it. It’s definitely something I will try in the future!

What are you doing now after high school graduation?
I will be studying hotel administration at a university in the upcoming fall. I don’t quite know exactly what I want to do after I graduate college – I just want to see where my life takes me, and stay open to all opportunities.

IT’S A SURF AND TURF TEAM CHALLENGE ON AN ALL-NEW “MASTERCHEF”
MONDAY, JULY 7, ON FOX

In the next challenge, the remaining contestants must put aside their differences and work in pairs to create a restaurant quality surf and turf dish. The teams who impress the judges will be safe from elimination, while the teams who fall short will face an intense pressure test featuring classic spring rolls. Find out who will stay afloat in the competition and whose dish ultimately sinks in the all-new “Top 15 Compete” episode of MASTERCHEF airing Monday, July 7 (8:00-9:00 PM ET/PT) on FOX.