Bali, an island province of Indonesia, is the essence of a tropical paradise, renown the world over (especially since the debut of the Julia Roberts film Eat, Pray Love) for its traditional dance, music, artwork, and enviable beaches for surfing.

From its volcanic mountains to rice paddies, Bali is a very spiritual place full of natural wonders. Here in Bali the majority of the citizens adhere to Balinese Hinduism, rich with thousands of years of traditions and rituals.

Sculptures, statues, and even trees are dressed with sarongs as the Balinese believe there are spirits within all things. The black-and-white plaid clothes symbolize the duality in life, such as good and evil, brightness and darkness, as well as men and women.

Every morning, the Balinese prepare “Canang Sari,” using coconut leaves to create a square basket and filled with fragrant incense, candies, rice, beautiful flowers, betel leaves, and other offerings to appease the spirits of Bali, Sang Hyang Widhi Wasa (the “All-In-One God”). They are placed on tables, car dashboards, and on the streets in front of homes and businesses as well as gates and corners…essentially every where. These offerings are made three times a day to express thanks to the gods and spirits.

Must See Shows and Performances in Bali

“Devdan – Treasures of the Archipelago“

“Devdan – Treasures of the Archipelago” at the Bali Nusa Dua Theatre is a modern & contemporary acrobatic and dance performance that is inspired by the culture of Indonesia, featuring dances from the provinces of Bali, Sumatra, Java, Borneo, and Papua. The show is very culturally entertaining and enlightening. More info: http://www.devdanshow.com/ 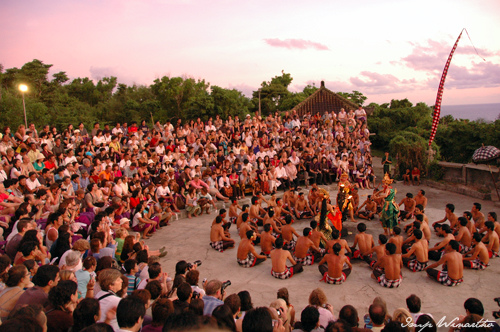 Kecak Monkey Dance – Also known as the Ramayana Monkey Chant, the piece, performed by a circle of 150 or more performers wearing checked cloth around their waists, percussively chanting “cak” while throwing up their arms. The dance depicts a battle from the Ramayana where the monkey-like Vanara helped Prince Rama fight the evil King Ravana. Kecak has roots in sanghyang, a trance-inducing exorcism dance. The most popular of these dances can be found at Uluwatu Temple as well as in Ubud, the spiritual center of Bali.

– Current exchange rate (April 2014) is approximately Indonesian Rupiah Rp 100,000 for US Dollars USD $8.00. Exchange money right outside the airport at the official money changing station or other official banks to avoid being scammed. Inside Bali, the largest money changer is called PT Central Kuta and they have several outlets. 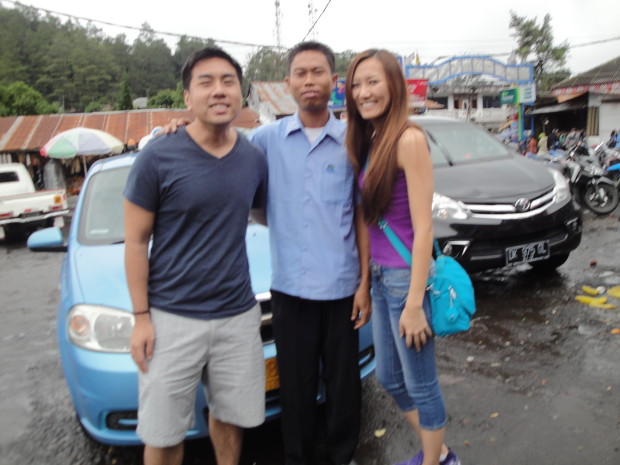 – Getting around Bali – Hire a driver for about $50 USD a day to take you around. The streets of Bali are very narrow and hazardous for those unaccustomed to driving in crowded streets where motorcyclists, cars, vans, all pile on in almost one lane driving conditions. It’s best to hire a driver to avoid the hassles. Traffic can be quite irritating especially near the tourist centers.

– Rainy Seasons – Do try to avoid the rainy season as Bali is a tropical island. From December to March, the west monsoon can bring heavy showers and high humidity. From June to September, the humidity is low and it can be quite cool in the evenings, with hardly any rain.

– Kuta Beach is known for surfing and tourist centers, Nusa Dua is known for their resort villas, and Ubud, the spiritual center of Bali, for their arts, temples, the Sacred Monkey forest, and rice terraces.

– Nyepi, or the Hindu New Year, also known as the day of absolute silence, is usually in March or April (next on March 31, 2014). On Nyepi, absolutely everything on the island is shut down between 6AM on the day of the new year and 6AM the following morning. Tourists are confined to their hotels and asked to be as quiet as possible for the day. After dark, light must be kept to a bare minimum. No one is allowed onto the beaches or streets. The only exceptions granted are for real emergency cases. The airport remains closed for the entire day, which means no flights into or out of Bali for 24 hr. The Balinese believe by being absolutely silent, evil spirits will pass over the island and not linger and do harm to the inhabitants.

– Massages in Bali are relatively cheap and can range from USD $12 an hour for a massage.

Photos from the Journey to Bali 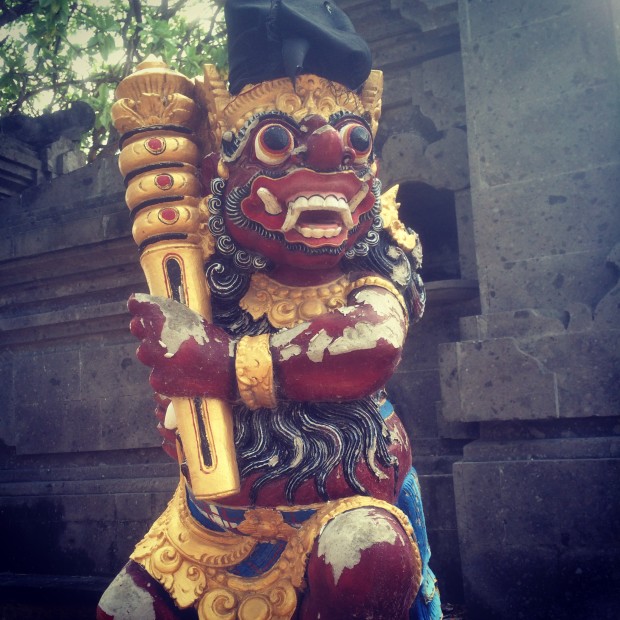 TastyChomps.com presents A Mini-Travel Guide to Bali
Part 1 – The Island of the Gods
Part 2 – Top Temples to Visit in Bali
Part 3 – Foodie’s Guide to Bali