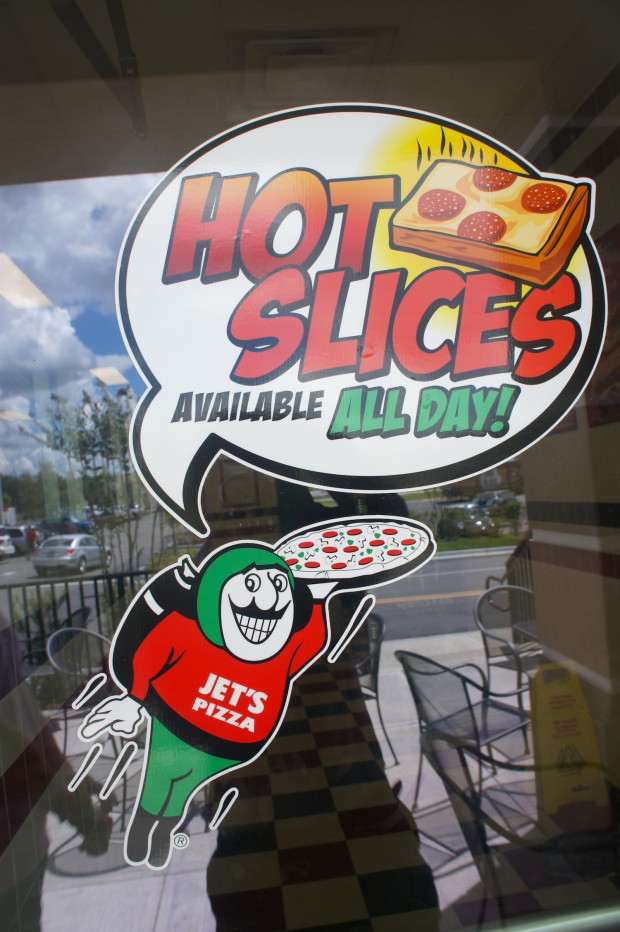 The single menu item that Jet’s Pizza has become famous for, above anything else, is their signature deep-dish square pizza. 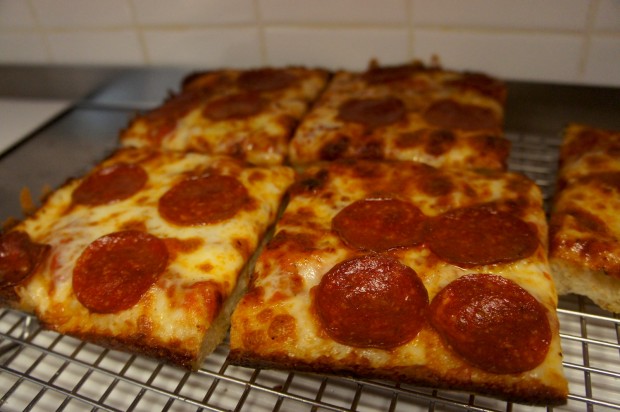 Detroit-style pizza, developed in Detroit, Michigan, is a square pizza, unlike the round Chicago deep dish pizza, similar to Sicilian-style pizza that has a thick deep-dish crisp crust and toppings such as pepperoni and olives, and is served with the marinara sauce on top.

The square shaped pizza is the result of being baked in a square pan.

The crust of a Detroit-style pizza is usually baked in a well-oiled pan to a chewy medium-well-done state that gives the bottom and edges of the crust a fried/crunchy texture. 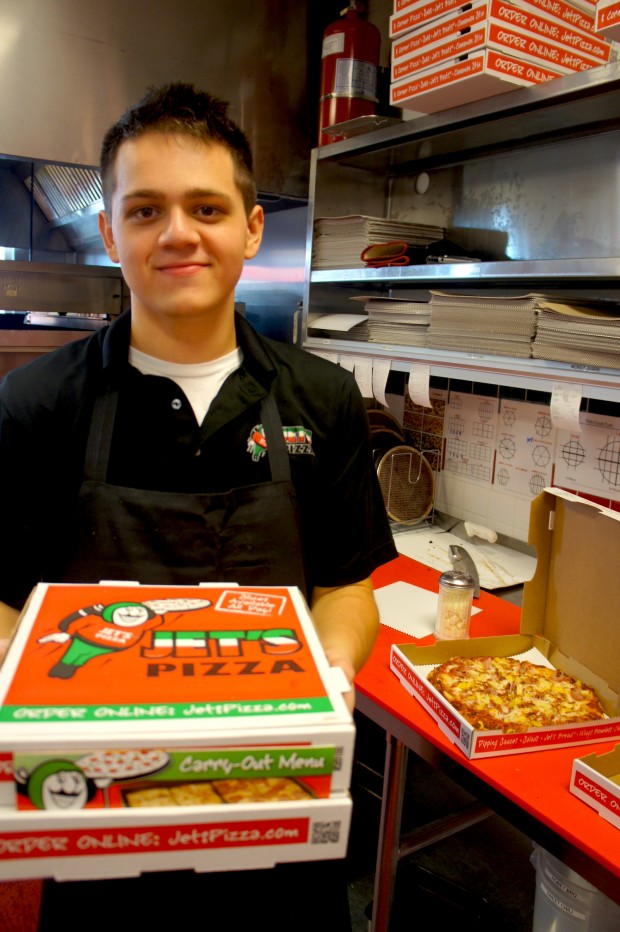 Orlando recently got our first two stores for Jet’s Pizza, one in Apopka and one on the east side of Orlando near Waterford Lakes. We recently were invited to visit and try out their pizza. 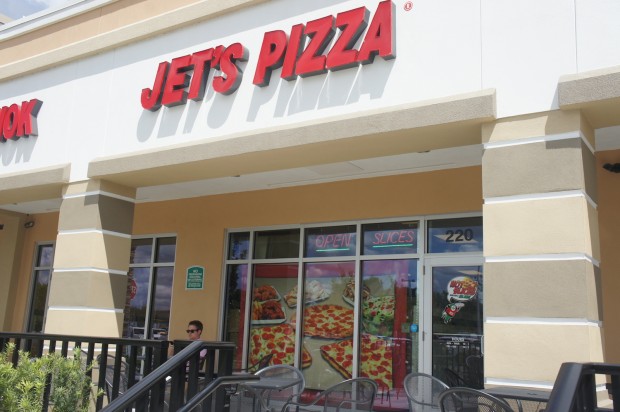 The storefront is rather small and there is seating only on the outside. I’d recommend getting some seating inside for those who don’t want to sit in the hot Florida sun. It’s essentially a take out spot. 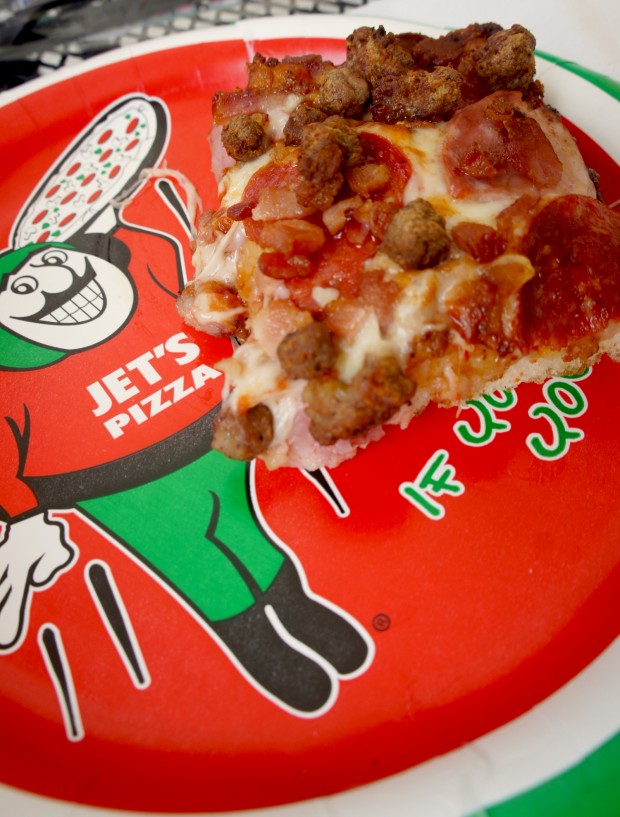 I thought the pizzas had good flavor for a chain, and may be the best chain pizza I’ve had in Orlando. 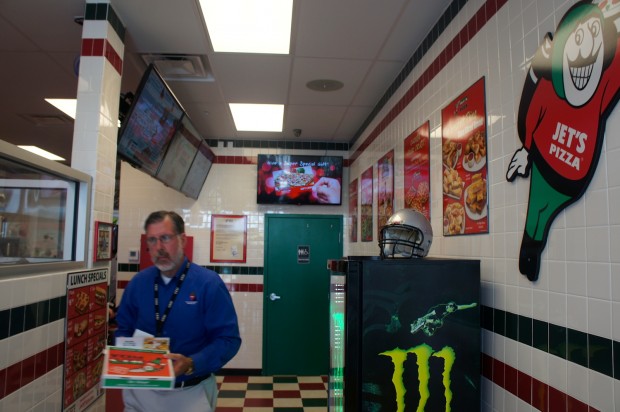 The crunchy square pizza crust is different and had nice flavor, though slightly charred from the conveyor belt oven. Joe, the young attendant at the shop on this date, was courteous and attentive, so kudos to him for his good service.

The Jet’s boat is similar to basically a calzone, which means “trousers” in Italian, shaped as a folded pizza or a “boat”. It resembles a half-moon and is made of salted bread dough.