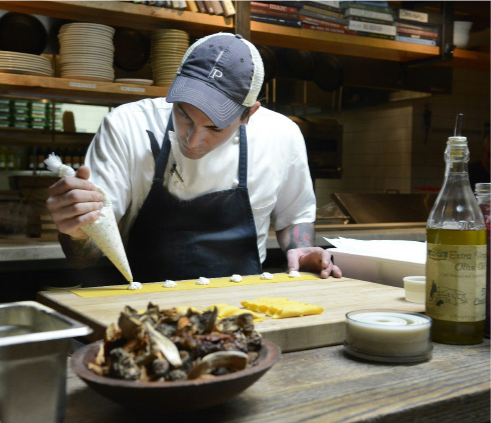 “As a young chef, it is just about the food – at the end of the day, make sure it tastes good and cook from the soul” – Chef Matthew Cargo, chef di cucina, Prato

Chef Matthew Cargo is an Orlando Native and currently the chef di cucina at Prato in Winter Park, Florida since its opening three years ago. He recently traveled to California for one month apprenticing under two Michelin Star restaurants which included Quince SF (2-Michelin Starred) and Meadowood Napa (3-Michelin Starred). 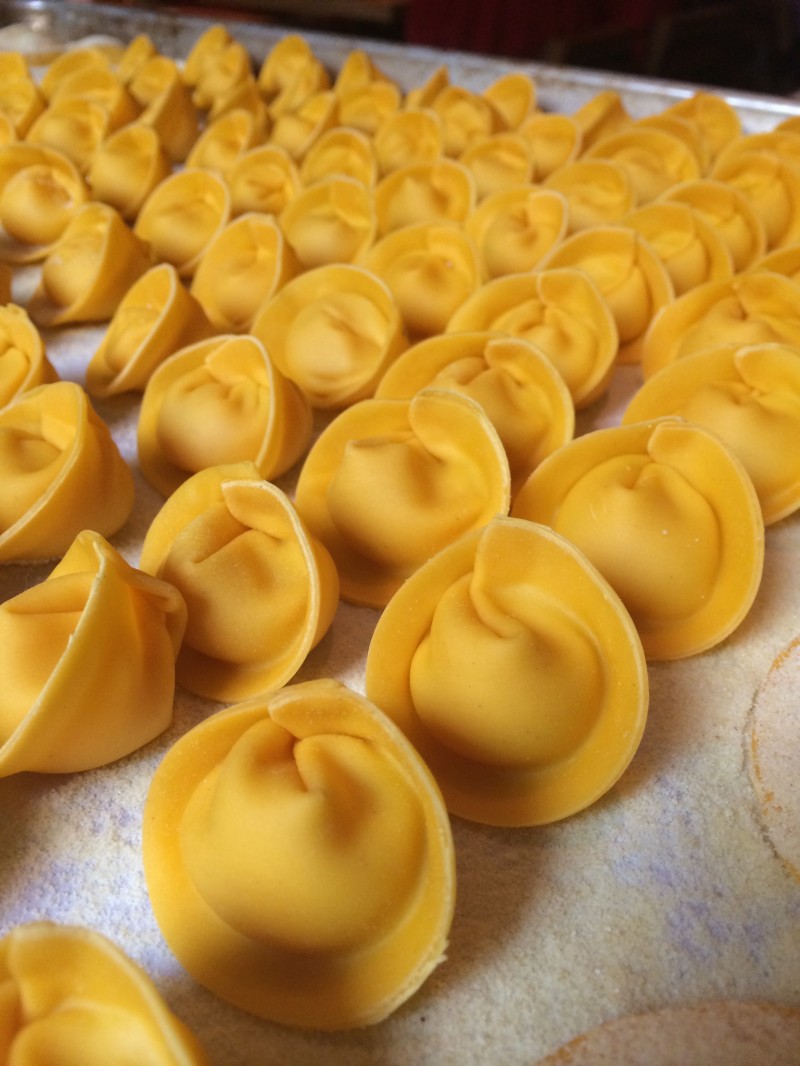 A Boone High School graduate, Cargo went on to attend the Le Cordon Bleu OCA and then accepted a position as a line cook at Luma on Park in 2009 where he met Chef Brandon Mcglamery.

Chef Matthew Cargo told us, “His philosophy about food and techniques were very inspiring to me as a young Chef, and he mentored me to push myself through the ranks of the kitchen to gain the knowledge and fundamentals that we preach and practice day in and day out.”

“He called me one night three years ago and asked me do you have your passport? We’re going to Italy next week for 12 days and we’re going to open a new restaurant and you’re going to be the chef de cuisine.” 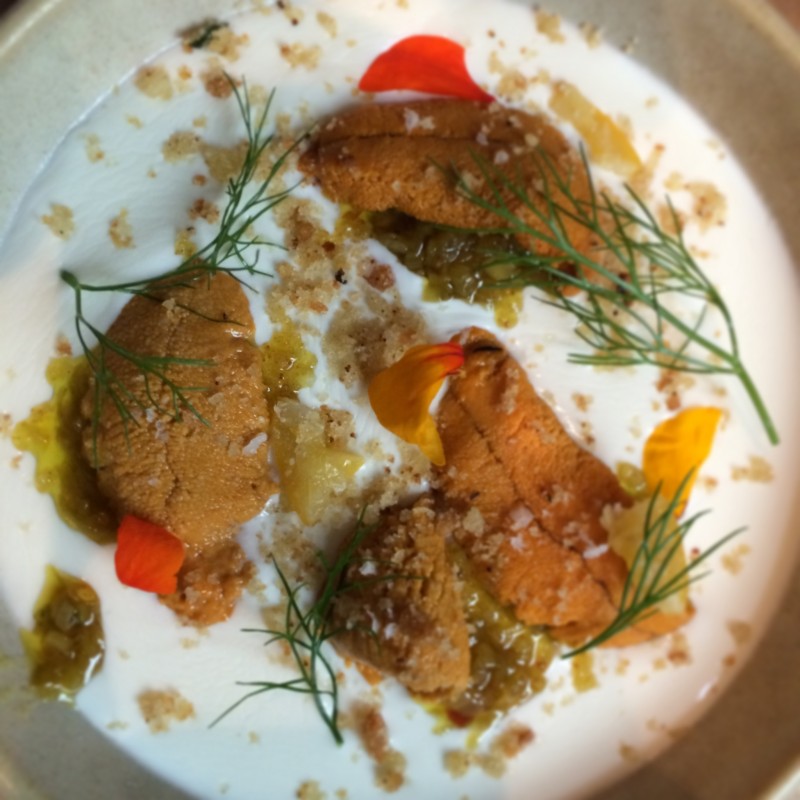 He’s been chef di cucina of Prato ever since. It’s been a whirlwind three years, and so it was due time to take a short break and some travel.

“We’ve got a chef driven menu at Prato, it’s been a growing experience for me and Brandon as well. We work with what we have, what’s in season, and what space we have with creative freedom,” Chef Cargo said.

“My trip to Cali was a soul search “Sabbatical”. Prato is a beast of a restaurant – the numbers are huge and we are super successful, but I felt that at the time that Prato was not what Brandon and I wanted it to be. With a small kitchen and 170 seats, I have always continued to push and strive to make Prato great because it’s very close to my heart and soul.”

“Chef [McGlamery] said in the beginning I’m giving you this restaurant because you have earned it, good luck kid – he has always supported me 100%. It’s a story to you young inspiring chefs – hard work pays off.”

“I was 29, tired and struggling to hold my team together, questioning the food I was doing. I want it always to better, push, push – most people can’t do that everyday, but I did.” 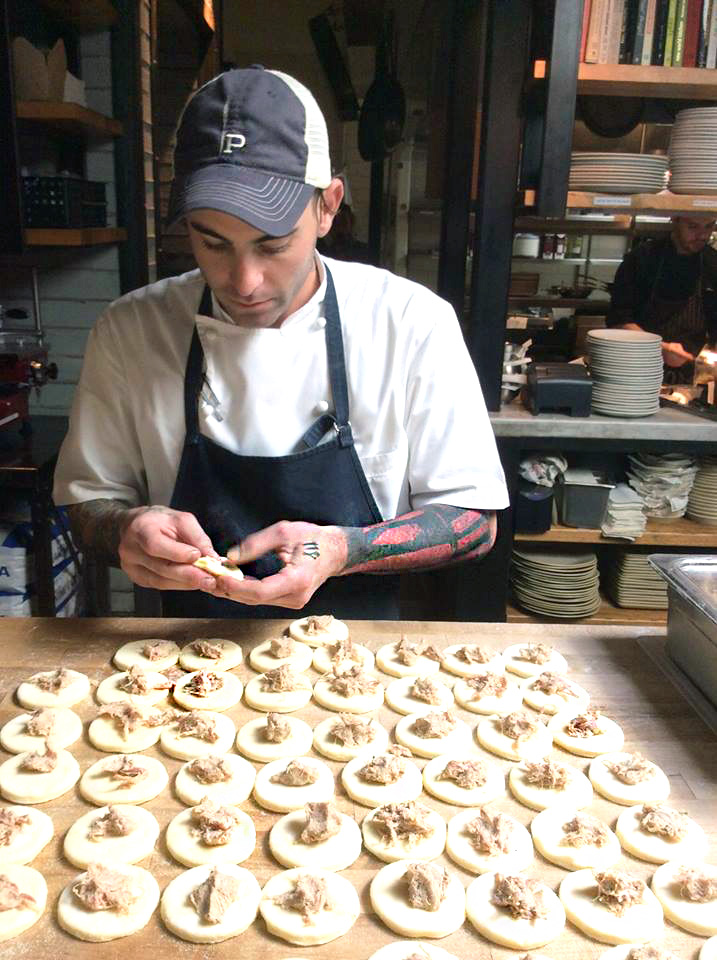 He went to California this past summer, unpaid,  and stayed in hostels while working at Quince SF and Meadowood Napa.

“I realized that food is great, but Orlando is my home and I want to be apart of making this city know for food like LA, SF, NY – with all of us, I believe we can make difference!”

“I went to California in search of what food should be and how the caliber of a chef is judged. I wanted to work in the most intense driven kitchens to see if Michelin star cooking was the end all be all, most importantly well respected in every aspect. What I came to discover is that I lean to more of soulful/honest cooking, which is Prato.”

“I want Orlando to be known – we’ve gone a long way in the past few years – we keep pushing and try to be part of the community – together with Cask and Larder, Ravenous Pig, all these restaurants are all here to make the community.” 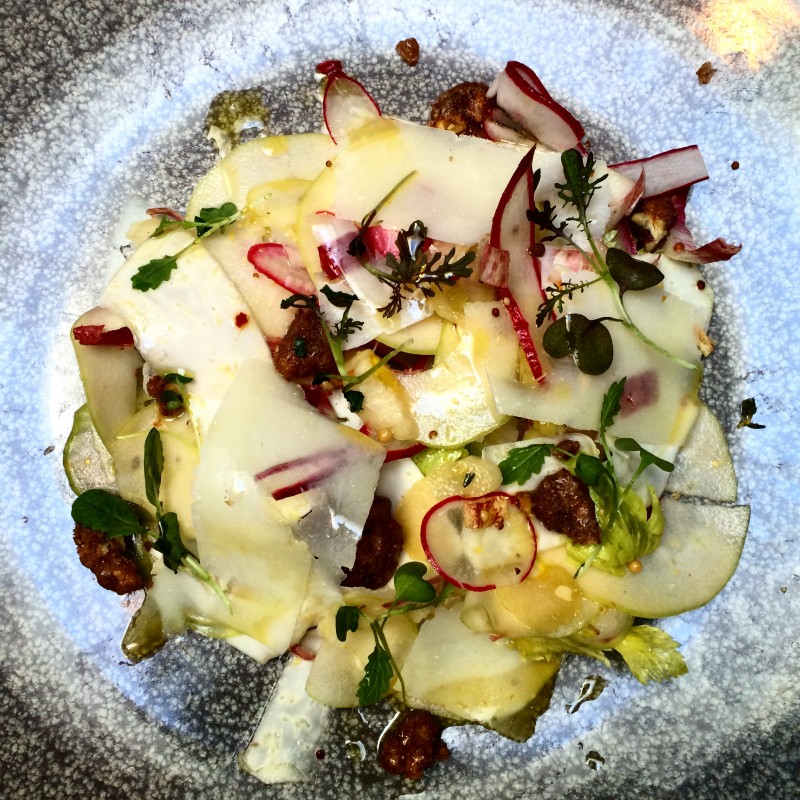 What are some of your favorite dishes on the menu right now?

Ribollita for sure, it’s a peasants dish (stew/soup) kind of twist layered with toasted ciabatta and topped with a poached Zenn Naturals Golden Egg and Serrano Mostarda. 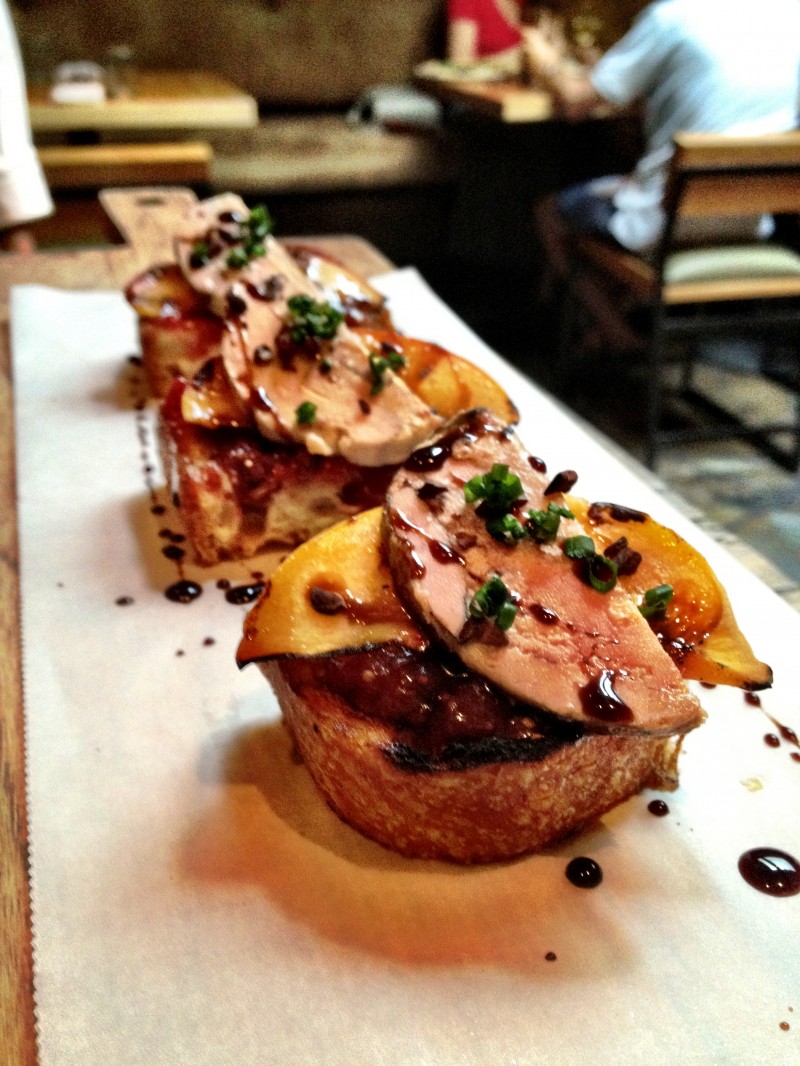 What are you planning for the coming winter season?

Stick with what’s available and hopefully score some white truffles!

Where do you dine when not at Prato?

Grandma’s house, C&L (Cask and Larder), King Cajun Crawfish, and the Patty melt at the Hideaway. 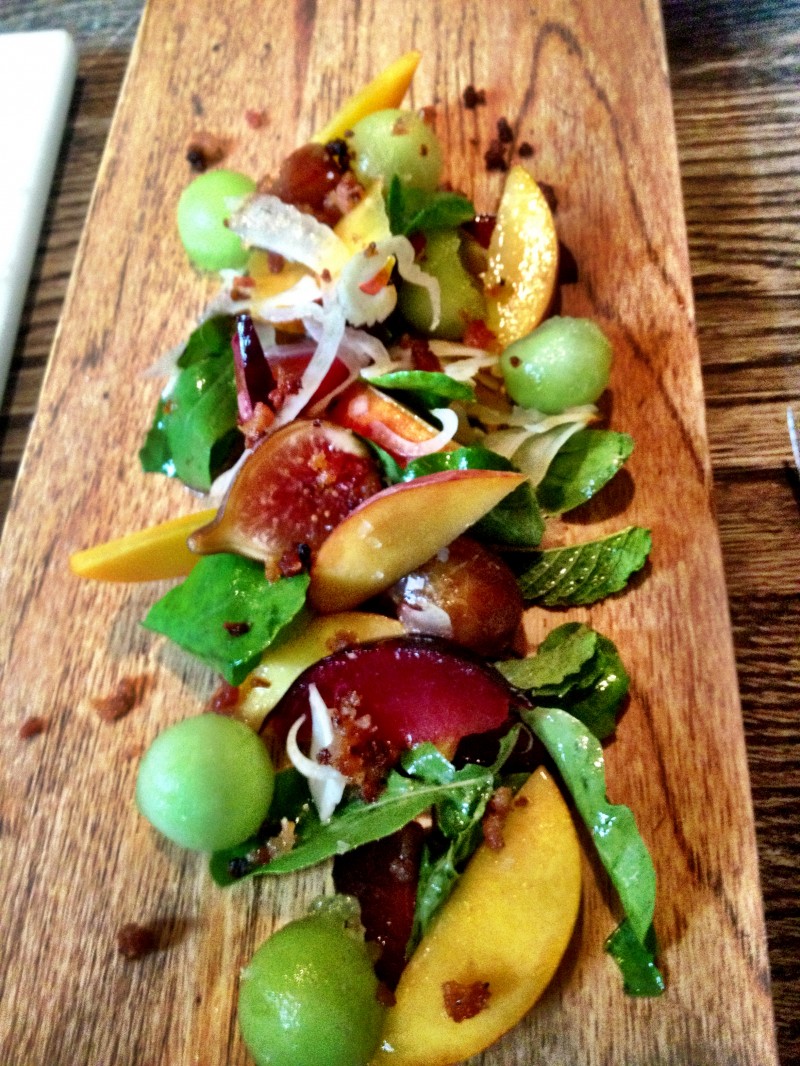 “Canned pears topped with miracle whip and cheddar cheese”…trust me. 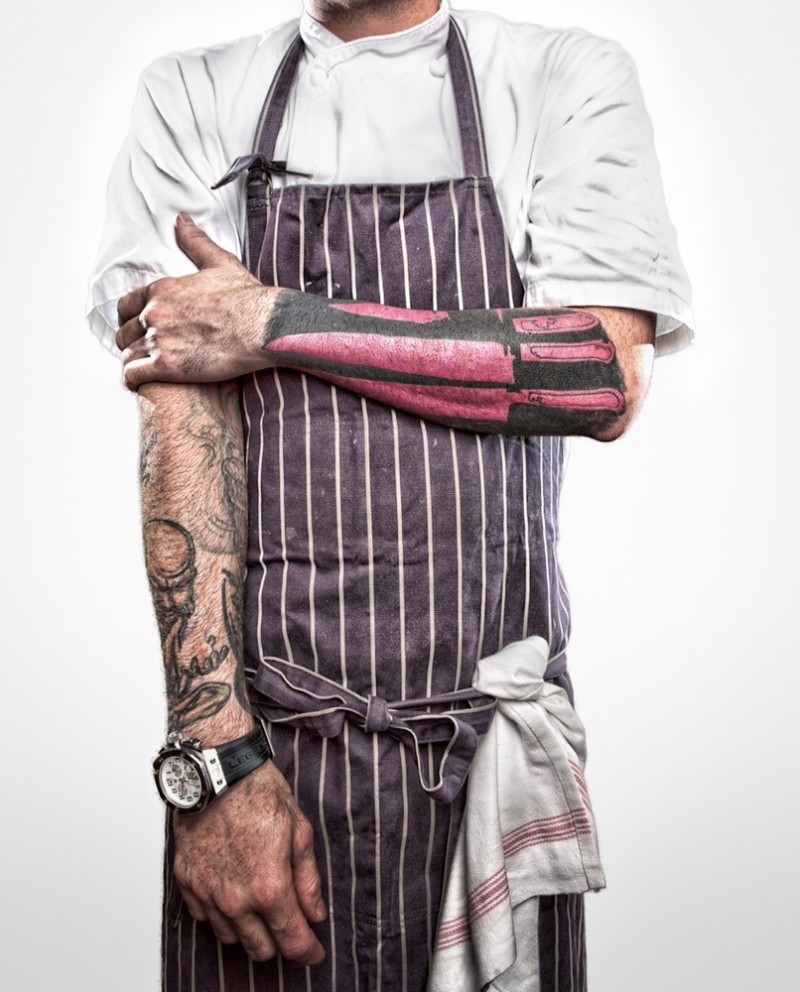