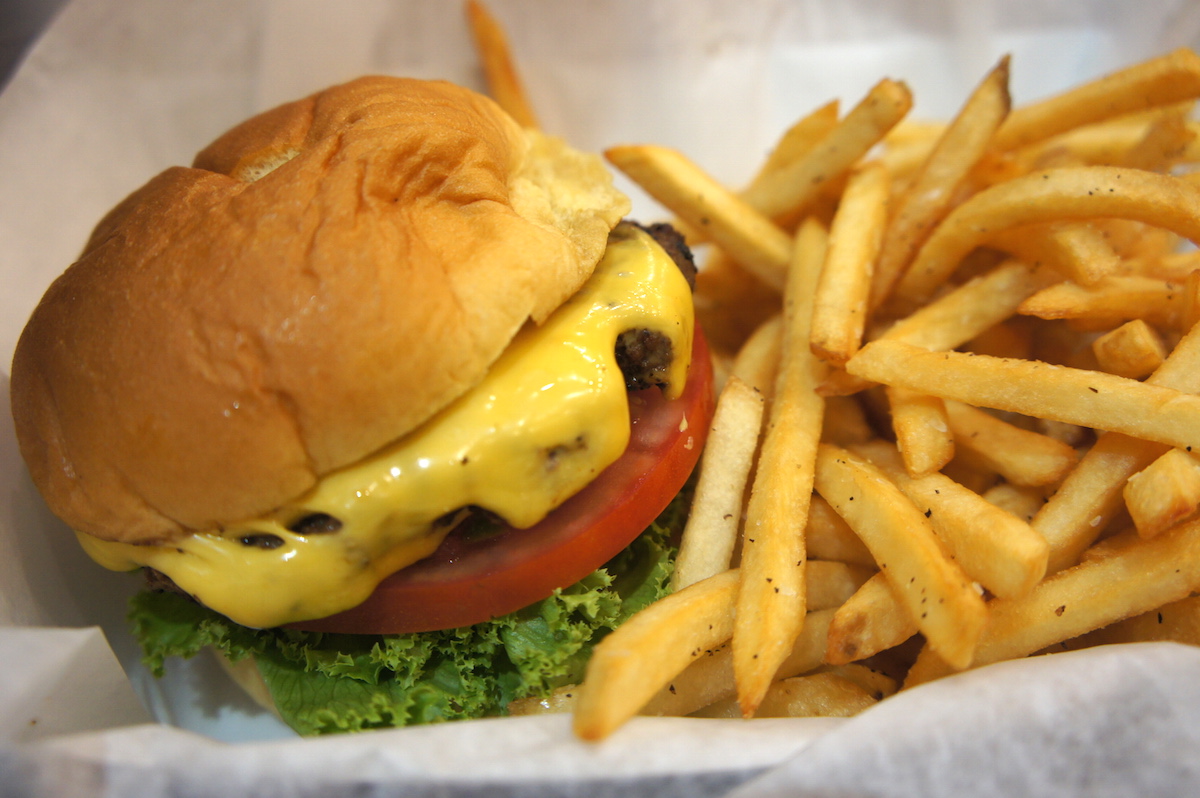 Spice Burgr recently took over for the space at the downtown Orlando Plaza that once belonged to grilled cheese sandwich shop Meltz. If the name “Spice” rings a bell, it’s because the owners of Spice Burgr are the same as the owners of nearby Spice Modern Steakhouse at Lake Eola.

It’s a counter service restaurant – order at the counter and the order is delivered to you when ready. I guess it’s the next evolution of the fast food restaurant with better ingredients. The decor is anonymous – minimal and white – and rather forgetful. The staff was friendly enough, but at times they appeared a bit lost and unsure about who ordered what when the orders became ready.

I ordered the Traditional – always a good base to start off with, I supposed. It was all right, juicy and slightly flavorful but nothing to denote any memorable “spice” moment. The fries came out hot, but needed a little salt. It was $5.95. I’d have to go back to try their other burger varieties and choices like the California Spice burger – topped with lettuce, tomatoes, sliced avocado, pico, cheese, “Burgr sauce” on a buttered bun and a side of fries. There is also a Burger of the Month, or BOM, that changes monthly.

Overall, Spice Burgr just did not leave much of an impression – spicy or otherwise – on me. 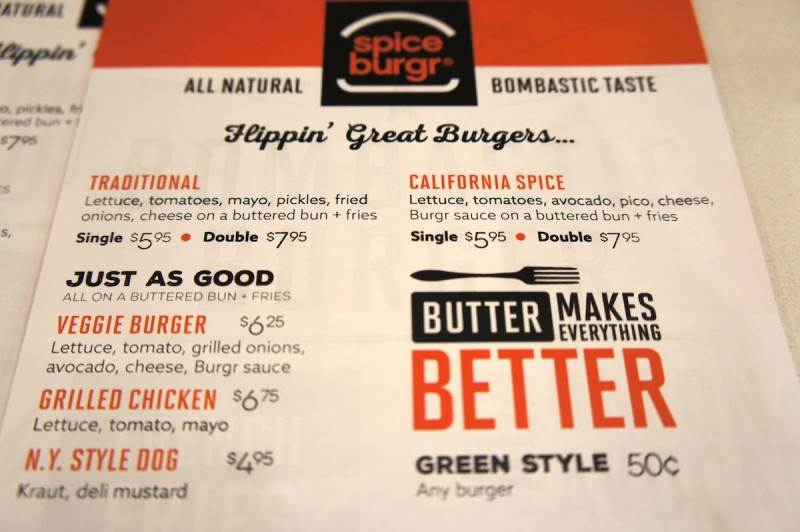 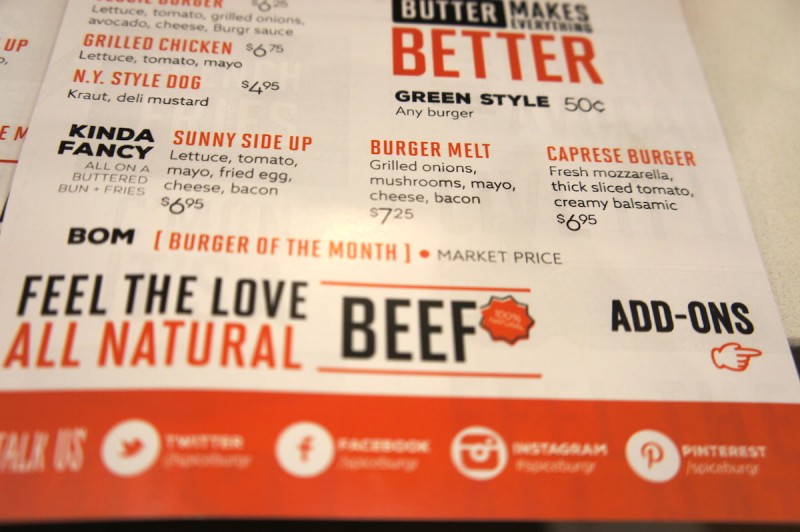