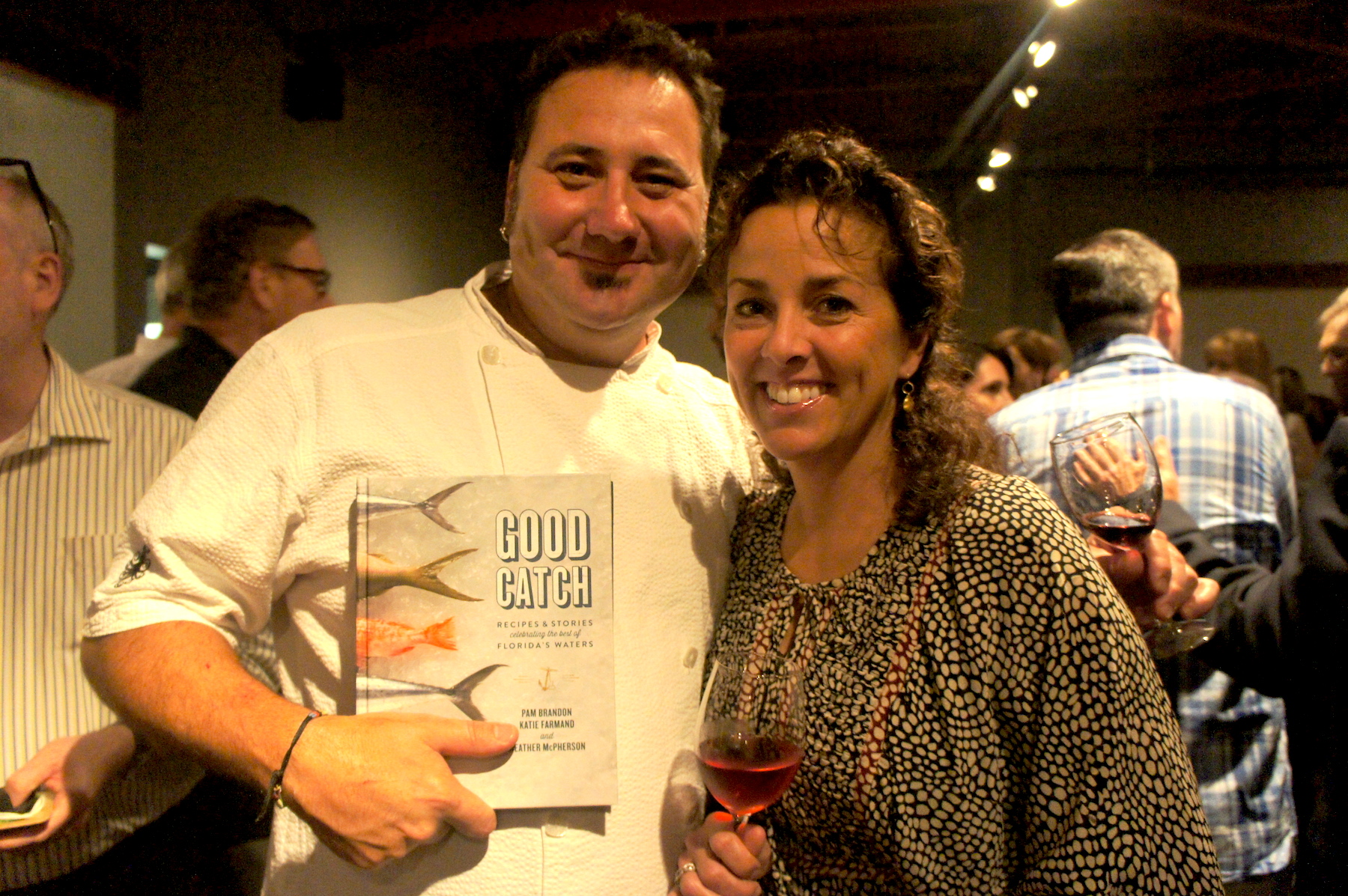 “Cooking comes from the heart,” Chef Henry Salgado said. “Being a chef involves much more than simply following a recipe. I see food as a celebration and cooking as a passion.”

Chef Henry Salgado is a 5th generation Floridian, from Tampa, and passionate about his Cuban-Spanish heritage. Through the years, he has turned his passion into a successful venture with both Spanish River Grill in New Smyrna Beach, and Txokos Basque Kitchen right here in Orlando at Baldwin Park’s East End Market. He’s been nominated multiple times for his work as Best Chef of the South by the James Beard Foundation Awards, and deservedly so.

Chef Henry grew up cooking with his Cuban grandmother and so was very much “into food” at an early age.

One of his favorite things to eat growing up was his “Cuban grandmother’s black beans and rice with a loaf of Cuban bread.”

In a recent interview, Chef Henry Salgado told us, “I was rail thin with a hallow leg and I ate everything I could get my hands on. I wasn’t a picky eater at all. I loved (still do!) to eat!”

Chef Henry Salgado began his career in foodservice at a young age when he took his first job as a busboy. By the age of 19, he had quickly moved up the ranks to become a corporate trainer for a national casual restaurant chain, and then went on to study at the Florida Culinary Institute in West Palm Beach, Florida.

“I cut my teeth at Max’s Grill in Boca Raton. I was very fortunate to work with many great chefs in South Florida as well as San Diego, at the Hotel Valencia and Wine Cellar and Brassiere. But when I landed in Atlanta and opened Horseradish Grill with Chef Scott Peacock and the late Miss Edna Lewis, it was a turning point in my career. That was when I became truly serious about my cooking.”

While at the Horseradish Grill in Atlanta, he fell not only in love with cooking,  but also the other love of his life, his wife Michele, and they eventually relocated to New Smyrna Beach, FL, where together they opened Spanish River Grill.

“In the beginning we just wanted to be our own boss so we could surf and fish when we wanted. We had no idea then what was in store us and how my career as a chef would change.”

Henry’s specialty lies within the preparation of seafood, which he prefers to lightly season to bring out its natural flavors, rather than smothering it with overbearing sauces.

Since opening Spanish River Grill, he has been nominated multiple times as Best Chef – South by the James Beard Foundation Awards (2012-2015) and in 2014, together with his wife, Michele, opened up Txokos Basque Kitchen at East End Market.

What are some of your favorite dishes on the menu now at Txokos?

Chef Henry: Anything I can grill, smoke or roast on the Asador grill. If I had to pick one dish it would be the Duck 2 Ways, foie baked in potato puree, mushrooms and duck egg.

What are you planning for the menu this coming spring season?

What’s interesting for me is to take the great foundation of a traditional dish and make it new, make it exciting. I’m really into beans and stews right now. The Spaniards love beans, perfectly cooked. I’m also looking at asparagus for the spring, wood grilled (of course) with a poached egg and maybe tinta. Also, the Calcot, which is the spring onion. The Catalonians have a festival just for the spring onion season. The onions are cooked over a wood fire, rolled in paper and served with romesco. I add crushed marcona almonds.

Where do you dine when not at Txokos here in Orlando or in New Smyrna Beach?

Orlando has so many good places to eat but the food I crave is Asian. I love Thai, Vietnamese, Korean BBQ. In NSB there is a new little Thai restaurant that is pretty good. But when the weather is good, there is nothing like an afternoon at JB’s Fish Camp, drinking bloody marys and eating rock shrimp on the deck over looking the intercostal.

I wanted to be a professional soccer player. I had scholarships coming out of high school but where my peers were going overseas to play, I wanted to play in the US and there was no league at the time. I love to fish and surf, although I haven’t been on a board in a long time. I’m an avid race car enthusiast too!

What are you excited about here in Orando for 2015?

I’m really excited for the Orlando City Lions and our new stadium. But from a culinary take Michele and I both feel that Visit Orlando is doing an amazing job to help overcome the perception that Orlando is an attractions only destination with big hotel and large chain restaurants. There is an uprising of independently owned restaurants and local businesses here that deserve recognition and they’re (we’re) getting it. So it’s an exciting time to be a business owner here and part of the Orlando food scene. The NY Times chose Orlando as #13 in “51 Places to go in 2015”, sandwiched between St. Vincent and Zimbabwe. How cool is that?!