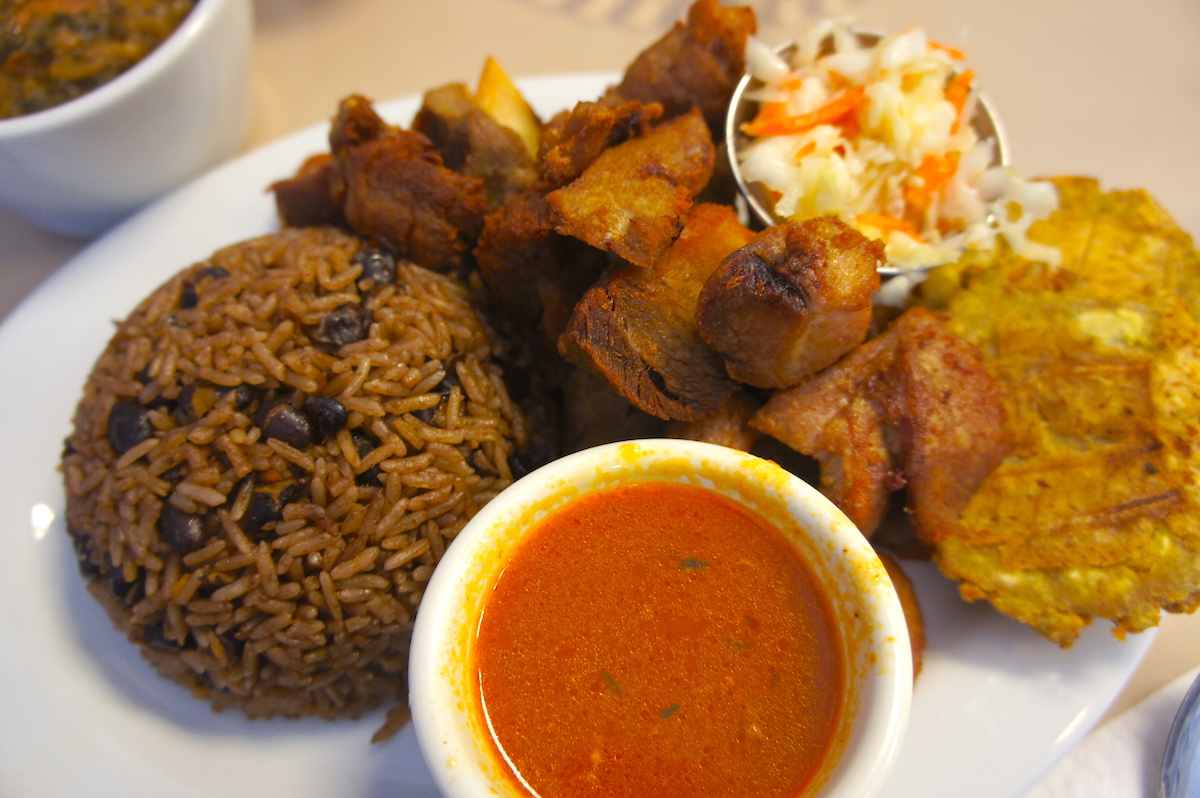 Haitian cuisine is sometimes lumped in with “Caribbean cuisine”, with crossovers from Cuban, Jamaican, Dominican, and Puerto Rican cuisine. Despite the shared commonalities of rice and beans, plaintains, and stewed vegetables, there are quite unique characteristics to Haitian cuisine, owing to its rich history and culinary heritage of French, African, the Taíno natives, Spanish and Middle Eastern influence, comparable to that of creole or criollo (Spanish for creole) cooking with flavors full of spices and peppers. 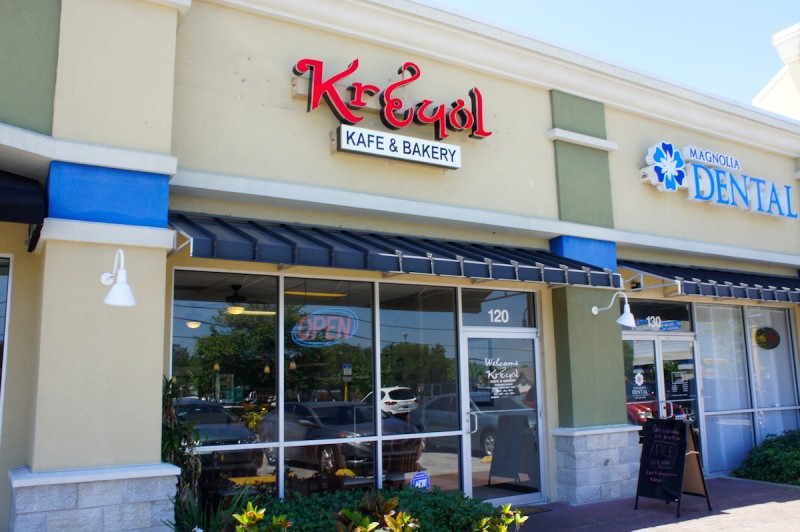 The Taino natives who lived on the island of Hispaniola gave the “barbecue” method of smoking meats to the cuisine, while the African slaves brough over by the Spaniard colonialists brough okra, ackee fruit, taro, pigeon peas, red beans, chayote, and spices. After the Treaty of Basil in 1659, the French took over the western half of the island, and brought with them their love for pastries, breads and cheeses still popular today in Haiti.

The flavor base of much of Haitian cooking is epis, a combination sauce made from cooked peppers, garlic, and herbs, particularly green onions, thyme, and parsley. It is used as a basic condiment for rice and beans and is also used in stews and soups. 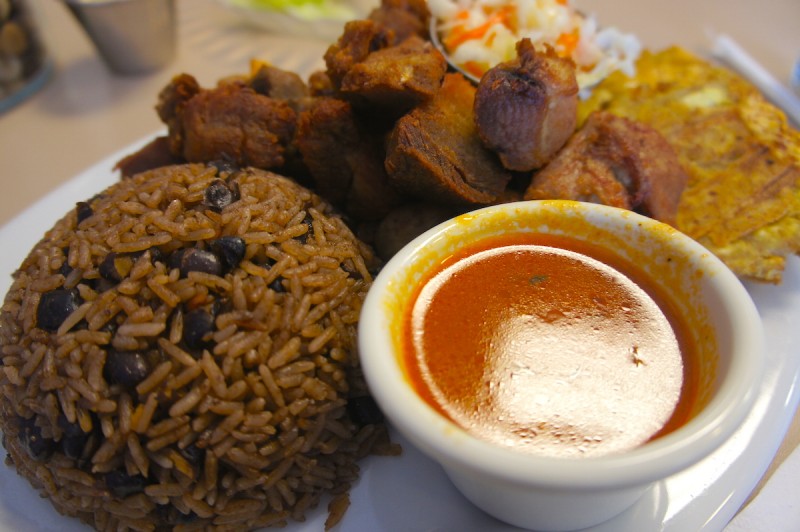 Kreyol Kafe on the east side of Orlando, off of Colonial Drive, just east of Alafaya Trail is a Haitian restaurant that is run by Nadege Trotter, a Registered Nurse who has been cooking Haitian food since she was a teenager. Though there are a few Haitian establishments on the west side of Orlando, there are not any in other parts of town, including the east.

Nadege told us, “I love my culture and I think it has a lot to offer, from food to art. I decided to open the kafe because as a new generation Haitian I wanted to bring a flavor that other cultures can come in and immersed themselves in and be really surprised. Also, there’s no Haitian items in this side of town.”

I stopped by for lunch recently and ordered the fried pork special, which comes with rice and beans, a salad, and an extra spicy pepper sauce concoction that you use to flavor your meal according to your tastes. Be forewarned – do not underestimate the spice power of the pepper sauce.

The fried pork was nice and crispy, and the rice and beans was quite flavorful. 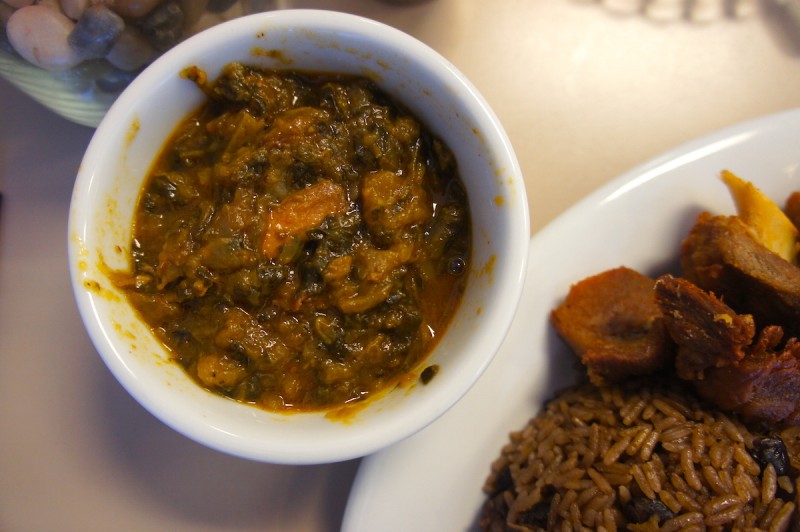 My favorite dish was the legume, or “legim”, a thick vegetable stew consisting of a mashed mixture of eggplant, carrots, chayote, spinach, watercress and flavored with epis, onions, garlic, and spices.

The Haitian patty (pate), not to be confused with the Jamaican patties, are made here at Kreyol Kafe with ground beef or chicken surrounded by a softer flaky crust. 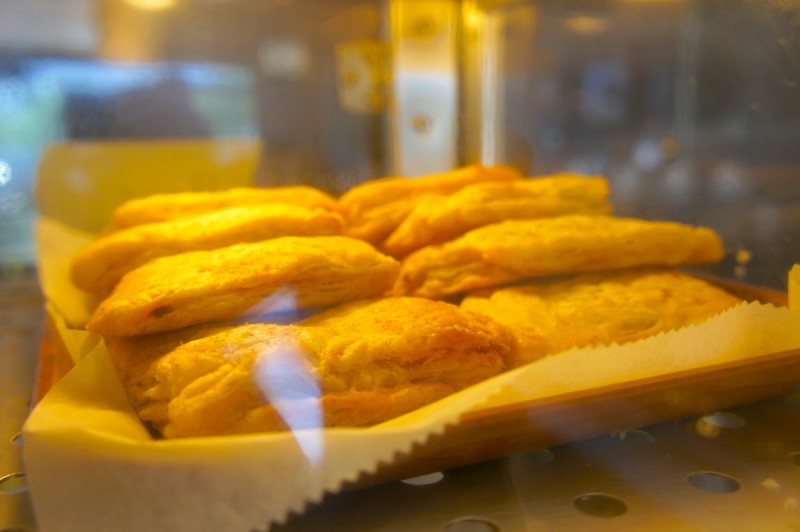 The dessert here at the bakery section of Kreyol Kafe is called the “Tablet” peanut drop. “To make the tablet dessert, we roast the nuts and add sugar, ginger and cinnamon and so forth,” Nadege told us.

Overall, a reasonably priced meal and a nice introductory restaurant into Haitian cuisine at Kreyol Kafe. 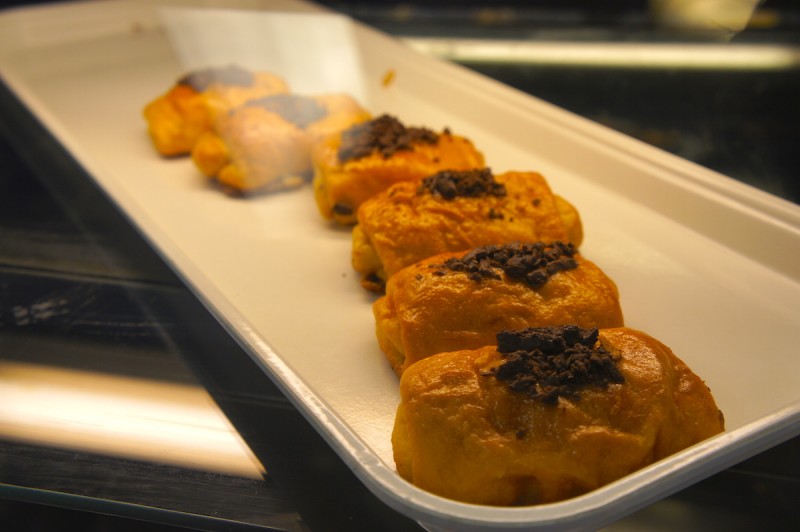 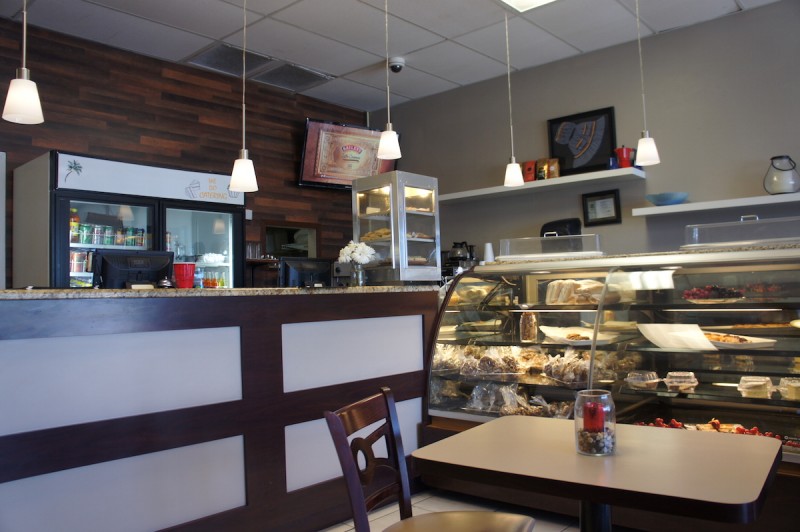 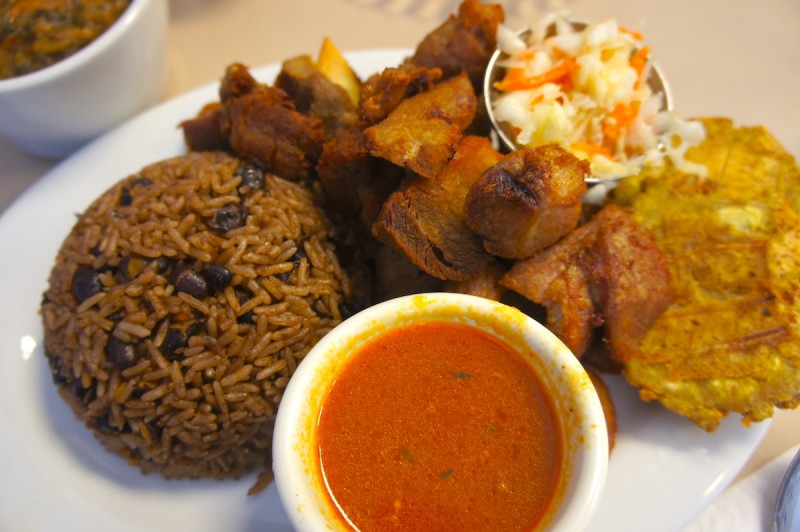