Central Florida’s most celebrated chefs will gather on August 8, 2015 at the Orlando World Center Marriott to cook up support for the 26th installment of Orlando’s Taste of the Nation® for No Kid Hungry.

This is my favorite foodie event of the year – so many wonderful local chefs all cooking for a great cause.

Forty-four of the area’s most accomplished chefs will showcase tasting portions of signature dishes, accompanied by fine wines, craft beers and specialty cocktails, to ensure that no child grows up hungry in our city and across America.

Video from 2014’s Taste of the Nation Orlando

The event’s popular Instant Wine Cellar game returns offering participants a chance to win more than 150 bottles of wine valued at more than $2,500. There are only 250 chances to win this exquisite wine cellar. Each key is a $25 donation. 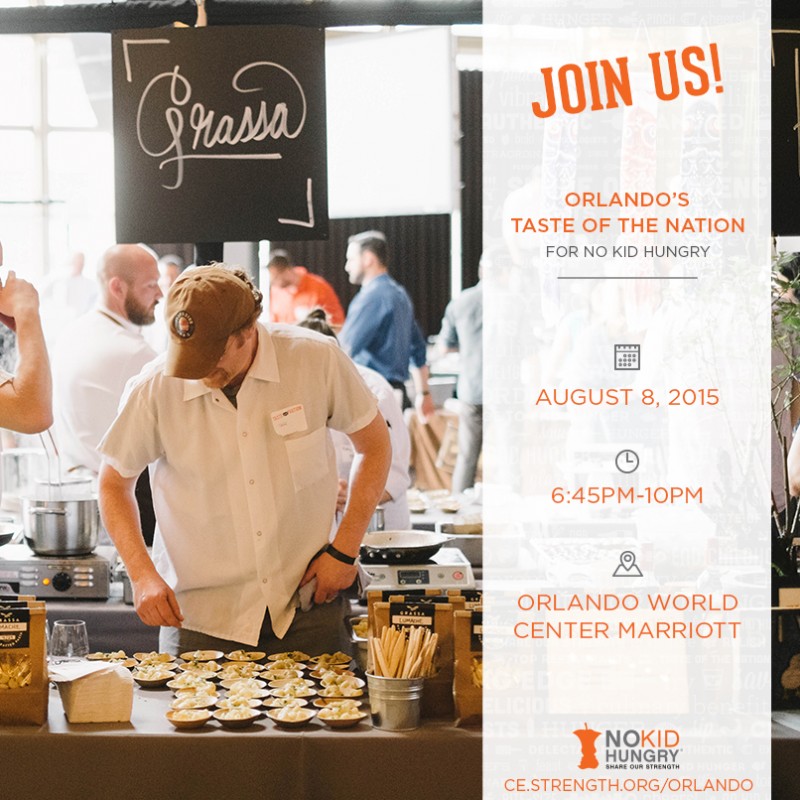 Orlando’s Taste of the Nation is also serving up four tasty starter events to whet the community’s appetite for the main event while raising funds for national beneficiary Share Our Strength and local beneficiaries Coalition for the Homeless of Central Florida and Second Harvest Food Bank of Central Florida.

World of Beer invites guests to toast to Taste of the Nation with select craft brews. One dollar for each pint sold at its Dr. Phillips location (7800 Dr. Phillips Blvd., Orlando) on July 23 from 4:00 p.m. to close and its downtown Orlando location (431 E. Central Blvd.) July 30 from 4:00 p.m. to close will directly benefit Coalition for the Homeless of Central Florida and Second Harvest Food Bank of Central Florida.

Eola Wine Company welcomes guests to raise a glass to end childhood hunger with a series of weekly wine tasting events on Wednesdays from 6:00 p.m. to 8:00 p.m. from July 1 to Aug. 5 for a $15 donation at the door. 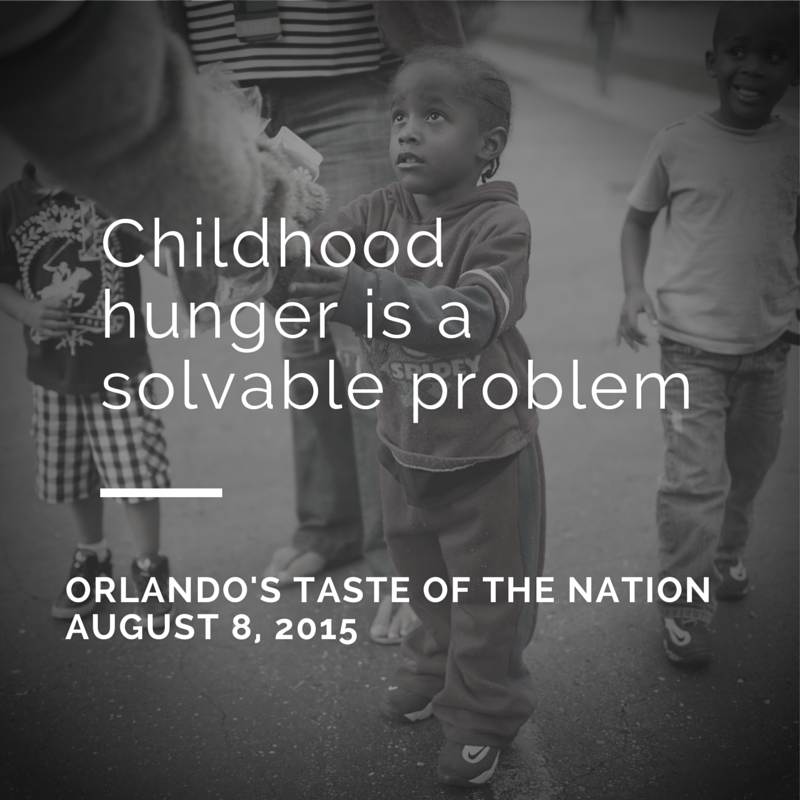 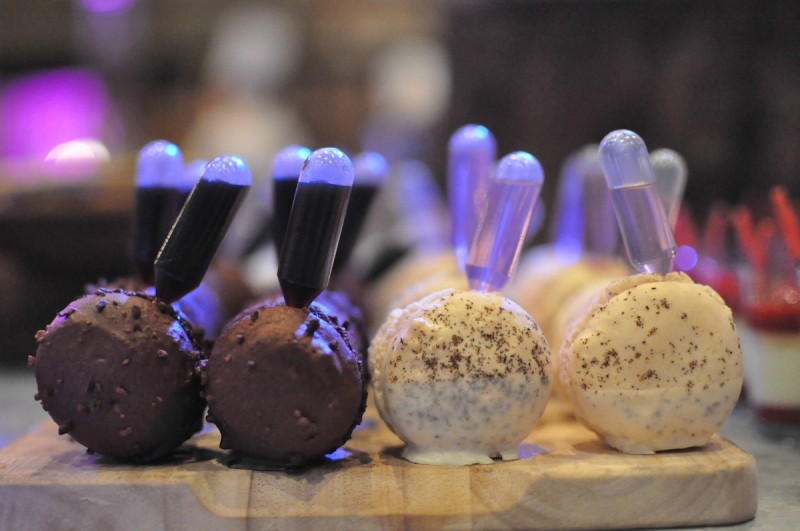 Orlando-based Hawkers Asian Street Fare is committed to helping end childhood hunger locally and across the country with their Roti for a Cause campaign. Throughout the month of July, guests can enjoy a free round of Hawkers’ signature Malaysian-style flatbread Roti Canai for donating a minimum of $2 to Share Our Strength’s childhood hunger relief programs. Those who donate will be entered into a drawing to win a pair of tickets to Orlando’s Taste of the Nation. Hawkers Asian Street Fare has two locations: 1103 N Mills Ave., Orlando and 1001 Park St., Jacksonville.

“Last year, the Coalition served more than 300,000 meals, and Taste of the Nation’s fundraising efforts helped make that possible,” said Brent A. Trotter, president and CEO of Coalition for the Homeless of Central Florida. “Childhood hunger ends one meal at a time, and that responsibility must be a community effort. Taste of the Nation is a perfect example of our community coming together to help those in need, and we couldn’t be more grateful.”

ORLANDO’S TASTE OF THE NATION FOR NO KID HUNGRY

ABOUT ORLANDO’S TASTE OF THE NATION® FOR NO KID HUNGRY

Orlando’s Taste of the Nation® for No Kid Hungry brings together the area’s top chefs who donate their time, talent and passion to end childhood hunger in Central Florida. Along with culinary delights, guests have the opportunity to sample select wines, cocktails and premium beers and enjoy silent and live auctions and entertainment. Every dollar raised fights hunger and homelessness in the Central Florida. Local beneficiaries include Coalition for the Homeless of Central Florida and Second Harvest Food Bank of Central Florida.

Here is a discount code for our readers – READER10 will provide 10% discount. Please note that it is case sensitive. 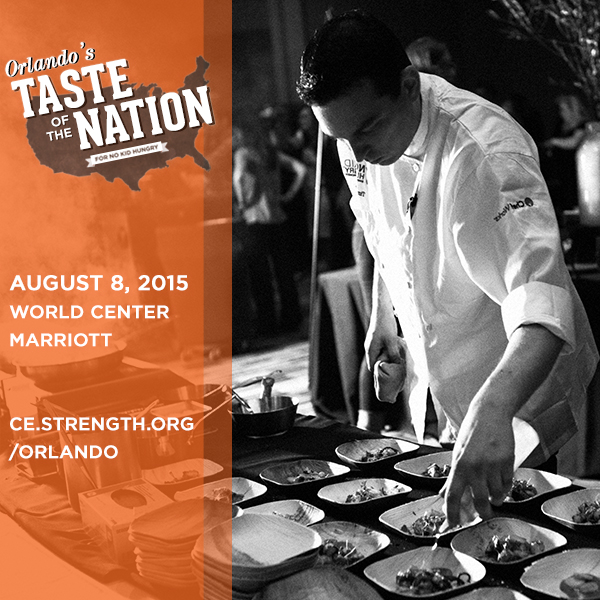