Opened in 2006, Tommy Bahama located in Pointe Orlando on International Drive, it’s island style decor reminds me of some up the nicer places I visited while I was on Spring Break in the Caribbean, the restaurant gives off relaxed vibes given the upscale area to which the restaurant is located. We had the honor of being invited to Tommy Bahama’s recently to try out their new burgers. We were taken care of Ron Ducz the General Manager, as well as Matthew Oakley the Sous Chef of the restaurant who would prepare our dishes, and tried out four of their wonderful new burgers, the Ahi Tuna Poke Burger, Turkey Burger, Hawaiian Pork Burger, and the Smokehouse Burger. 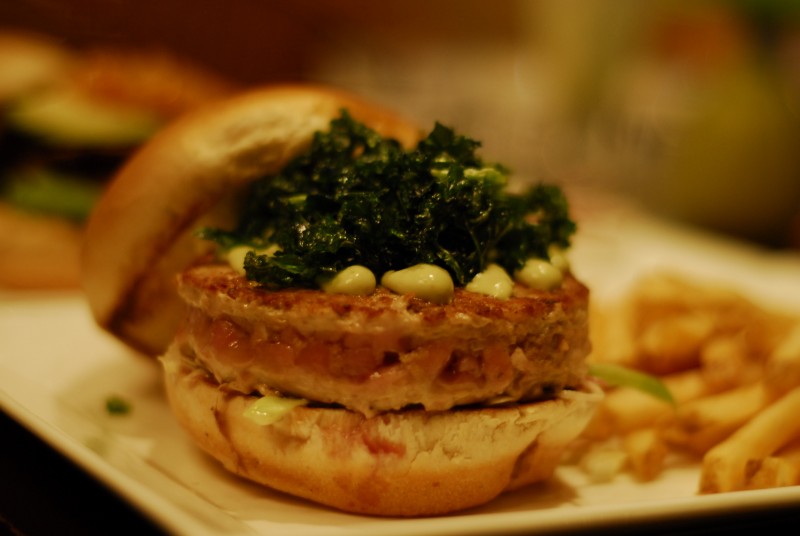 The First Burger tried was the Ahi Tuna Poke Burger, made with Yellowfin Tuna, topped with a delicious yet subtle wasabi lime avocado puree, fried kale, garlic aioli, and house slaw – overall, quite an interesting burger. On first glance, we thought we would be taking a bite into what seemed like a sushi burger however at first bite, we soon realized that the fish was balanced out by the puree, as well as the house slaw. My friend Edwin who accompanied me to the restaurant noted that he does not usually enjoy the tuna but surprisingly enjoyed eating this burger. 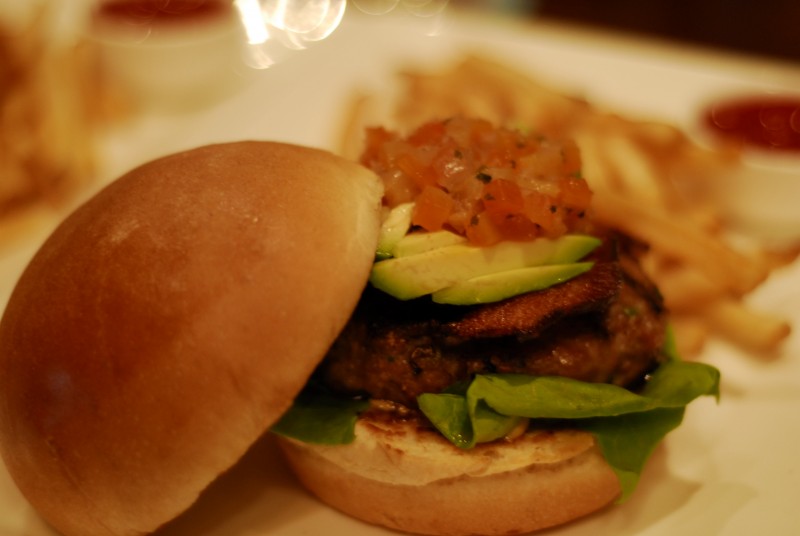 This perhaps, is my favorite burger of the day was the Hawaiian Pork Burger, at first glance I thought that this would have unusual flavors for a burger, however I was taken aback and found that the taste of all the ingredients, complimented each other first hitting you with the succulent and juicy ground pork and then with a slight hint of sweetness and finally just a tiny yet satisfying kick of the spicy mayo. This perhaps by far was one of the best burgers out of the four. 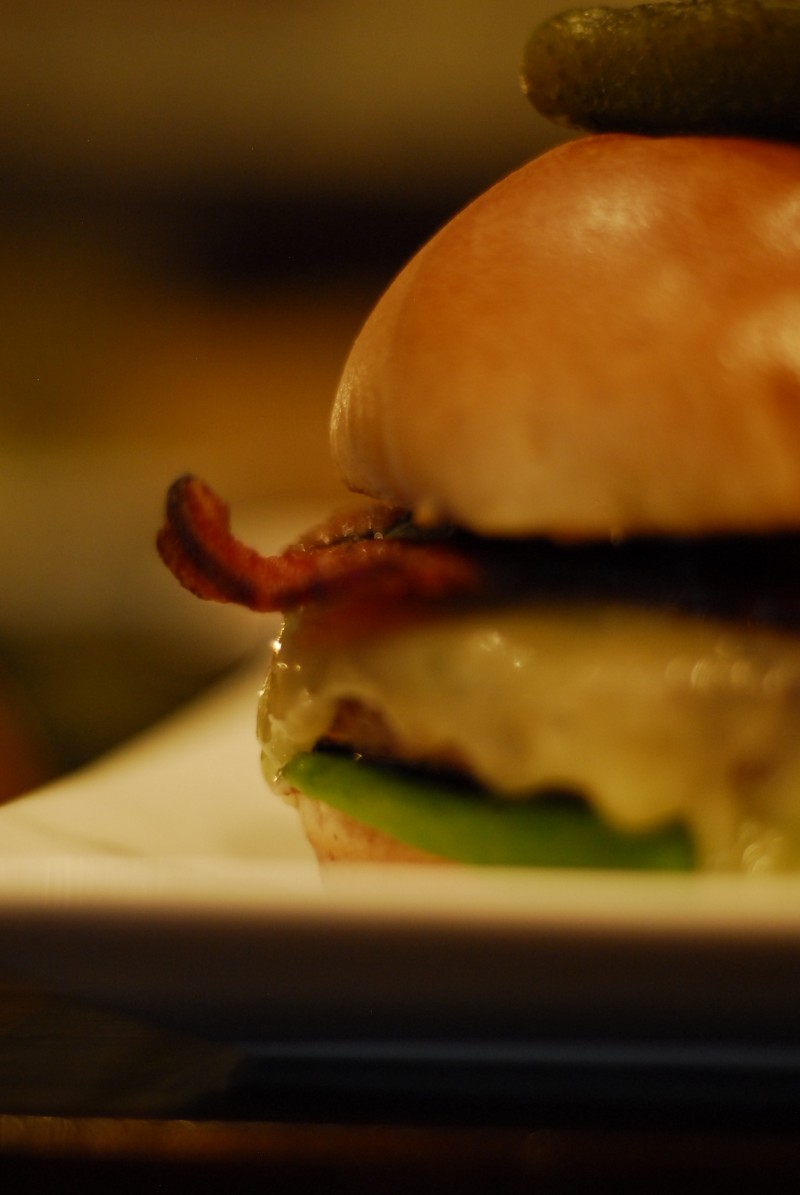 The Smokehouse Burger, which is Tommy Bahama’s take on the classic American burger and is cooked with Buckhead 80/20 Ground Beef Patty – cooked to a perfect medium rare, topped with white cheddar cheese, heirloom tomato, and garlic aioli helped give this basic burger some life. This is probably one of the best classic burger I’ve had in a while….and I eat a lot of burgers! 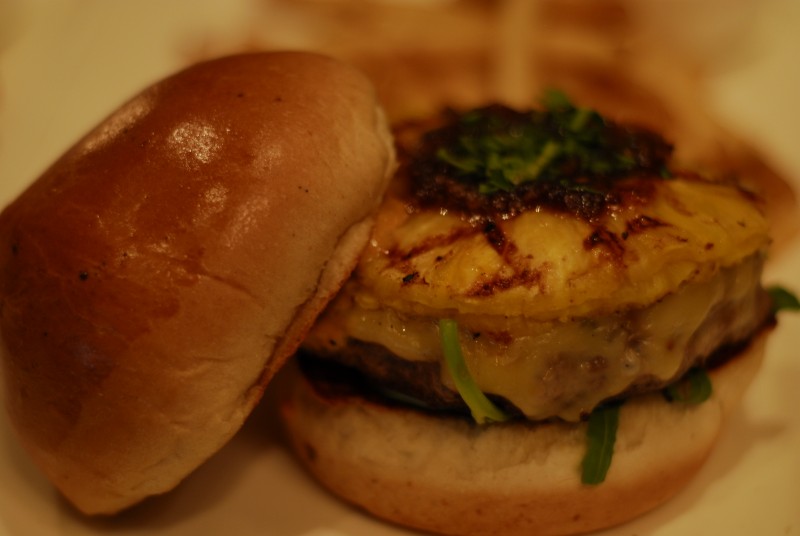 The Turkey Burger perhaps one of my favorite burgers during this visit, was like the rest of burgers deceivingly delicious. When anything turkey comes to mind I think, dry, bland, boring however, once I took my first bite I was proven wrong by the multitude of flavors which reminded me of some amazing burgers I’ve had at some amazing BBQ establishments. Tommy Bahama’s twist on a simple burger was quite amazing topped with parsley, bacon jam, and chipotle aioli these multitude of ingredients made me coming back bite after bite. 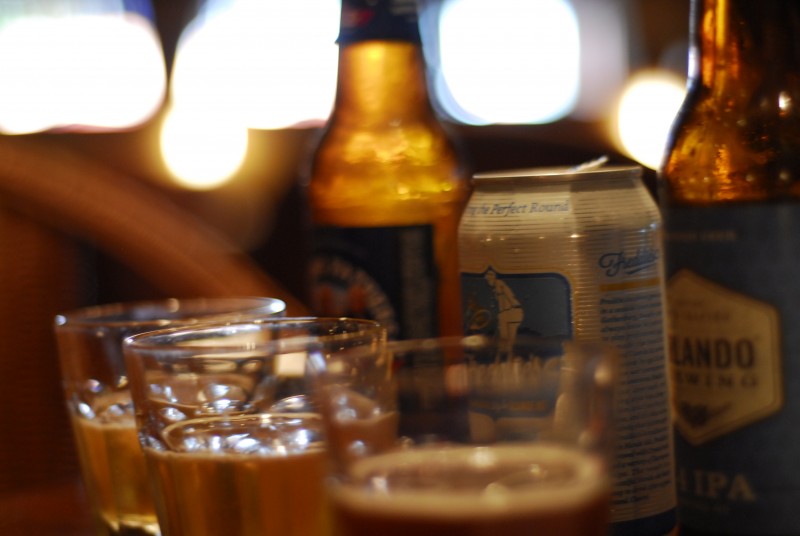 On top of the food selections we were given samples of select drafts on their menu, the I-4 IPA, Freddie’s Scandinavian Blonde Ale, and Founding Father’s Pale. I-4 IPA is brewed by Orlando Brewing located in beautiful Downtown Orlando was our first sample, with its citrus notes and fairly hoppy flavor, as a fan of IPA’s I definitely recommend this IPA.

The next beer we tasted was Founding Fathers Premium Lager, brewed by Founding Fathers Brewery in Long Lake, MN, this beer was smooth and hints of the malt, it was a very light beer to drink nothing too fancy. However, something that stood out for me was the company who brewed the beer, Founding Fathers Brewery pledges 50% of their profits to support military families supporting organizations such as the VFW, American Legion, and Armed Forces Relief Society, I applaud the company to their support of such a good cause.

Freddie’s Scandinavian Blonde Ale was last on our menu, brewed by the GolfBeer Company located in Lakeland Florida, the company started by three pro golfers, Freddie Jacobson, Graeme McDowell and Keegan Bradley. Freddie’s Scandinavian Blonde Ale (or Freddie’s) for short is a very light blonde ale, that doesn’t sit too heavy. I can see why they created it for the golfer in mind, with its sweet flavor, and light taste I can see why this would perhaps be the perfect beer for a hot day out on the golf course.

All in all, I enjoyed eating here at Tommy Bahamas, their food was top notch the beer selection was good, the atmosphere amazing, and our service was excellent. Their burgers left an impression on me to which I will always remember how a true gourmet burger should taste like. 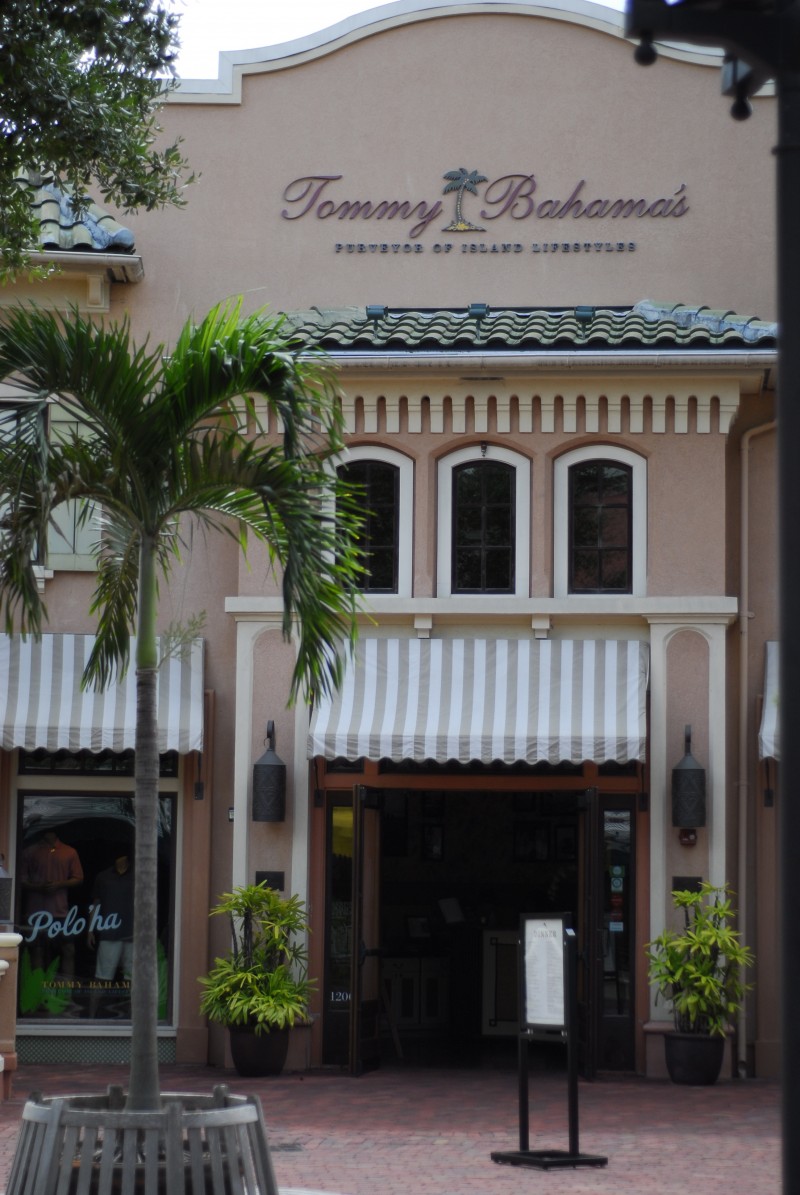