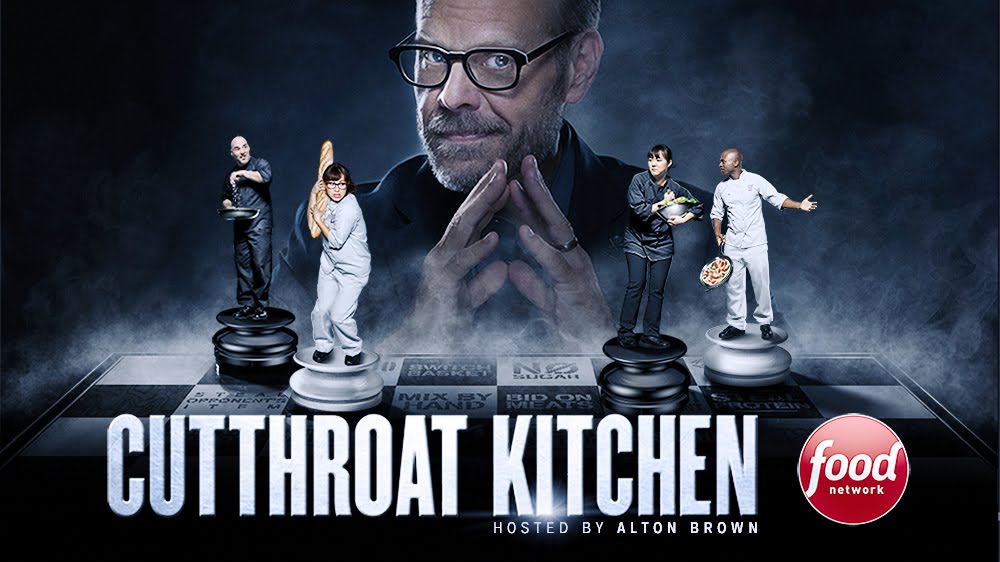 Orlando Fire Department Engineer Emanuel “Manny” Washington will be competing on the Food Network’s hit show Cutthroat Kitchen. Washington will take on three other firefighters from fire departments across the country in the episode “Stop, Drop and Flambé.”

The show hands four chefs $25,000 and allows them to sabotage their competitors. Washington’s episode is part of Cutthroat Kitchen’s 10th season.

“What makes me a great person for this show is that I have a passion to cook,” Washington said. “I always want to be the best at what I do.” Washington, 28, has been cooking for more than a decade, and became the chef of his station the second day on the job. His skills will be put to the test as evident in the show’s narrative, with “firefighters’ dishes going up in flames.”

A watch party will be held locally at the World of Beer in Downtown Orlando, 431 E. Central Blvd. on Sunday August 16th from 8pm-10pm. The show will air at 10 p.m. eastern time. 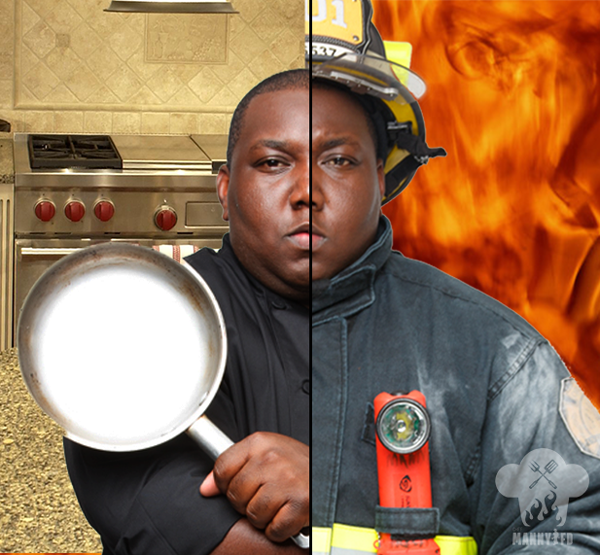 A few months ago, a friend on Facebook tagged him to be one of the firefighters to try out on the show – he put in an application online and Food Network contacted him the next day.

“The show pushes you physically, and makes you think outside the box to handle problems. On Cutthroat Kitchen, you also have to think about the presentation of the food for the judge. You have to plate the food and make it tell a story in a sense,” Washington told us through our interview.

What are your favorite things to cook at the station?

I love to cook BBQ and Latin food at Fire Station One, especially Churrasco steak with a chimichurri sauce, with a side of cilantro lime rice and plantains.

What are some of the things you are most proud about or stories you’d like to share from your career as a firefighter?

There are so many great stories. One is actually delivering my first baby in the field. I’ll never forget it.

I walked in the bedroom, she makes eye contact with me and says ‘it’s coming now!’ and 30-seconds later you hear a screaming baby. It was a really touching moment.

The Orlando Fire Department is trained for all situations!

What inspires you to cook?

The biggest thing that inspires me to cook is knowing that all the firefighters at the station will have some good food, great conversation and be ready to go out and save lives.

We are a family, spending one-third of our lives together and we need to stay healthy.

I feel like a proud parent when I see them drive off to a call during/after dinner.

What was your favorite thing to eat as a child growing up?

Hands down a “Bila, Bila”, otherwise known as a good-ole fashion burger. “Bila, Bila” is what I called burgers growing up.

On the Orlando Food Scene

“I haven’t grown up in Orlando, but the eight years I have been here, I have seen it evolve into an even bigger city. With the addition of City Soccer and new attractions, I’ve see an explosion of restaurants and food trucks to eat at. Some of my favorites include Pig Floyds, Gringos, Graffiti Junction, Chef Eddies, Dexter’s, Cafe Tu Tu Tango, Roccos Tacos. The list can go on and on but those are my favorites.” 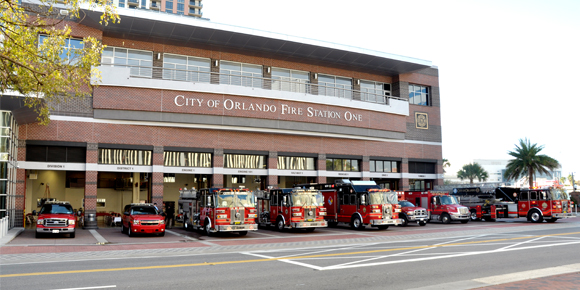 We at TastyChomps.com wish Mr. Manny Washington and the City of Orlando Fire Department all the best on this Sunday’s episode of Cuttthroat Kitchen – Catch at 10pm on the Food Network – and a big thank you to all our firefighters for what they do for our community!

Books and Cooks: An Evening Celebrating Homegrown Talent presented by the...