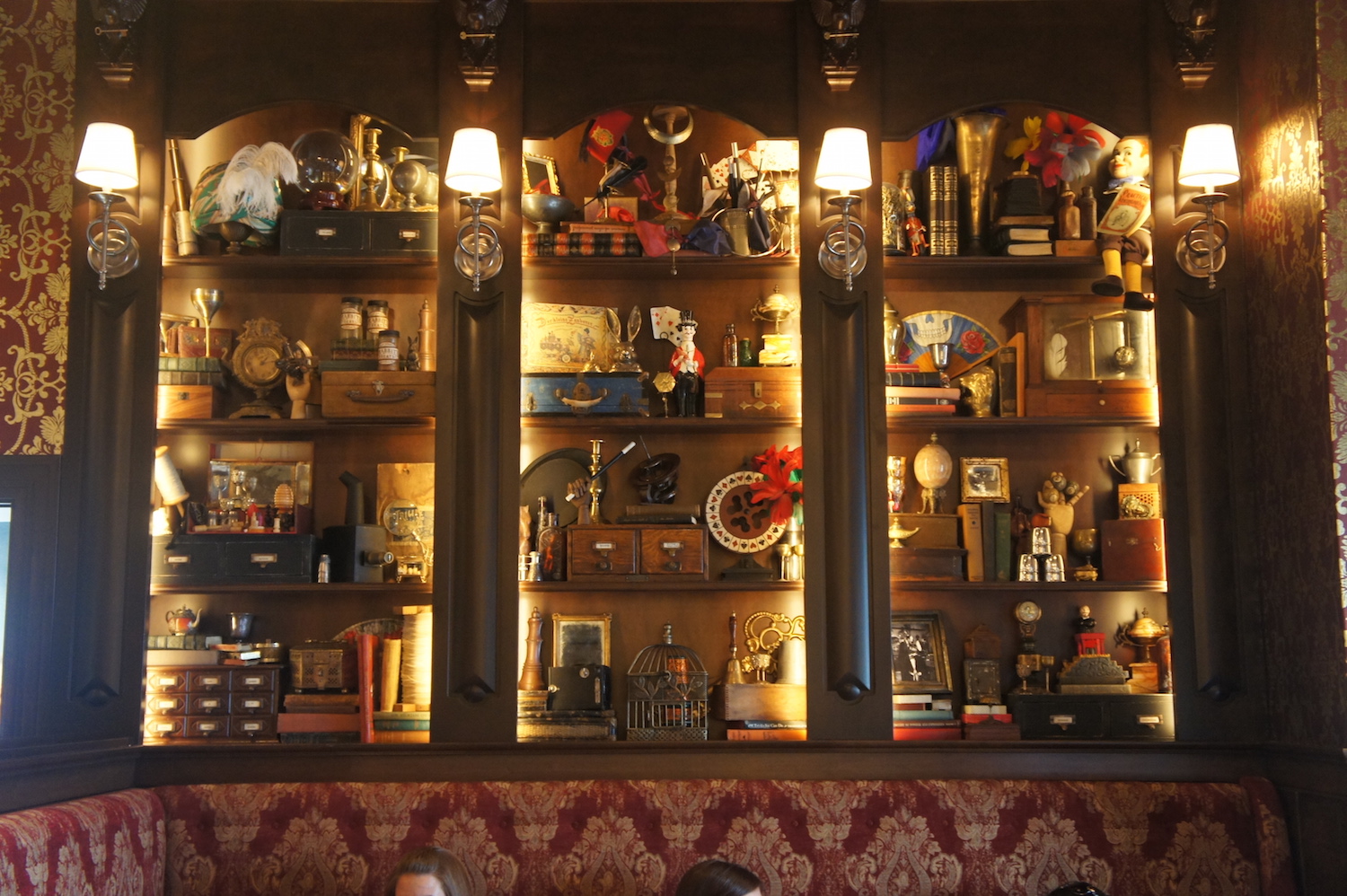 Next door to the newly renovated Flying Fish, the new AbracadaBar lounge opens, taking the spot formerly occupied by the Boardwalk’s candy and ice-cream shop.

From posters that mysteriously change to a very cool 1920s vibe, the AbracadaBar packs a lot of fun surprises despite its small size.

The new “curious cocktail lounge” combines the Golden Age of Magic with the magic of Disney storytelling, so look for whimsy in the design – and hidden Mickey’s = from the Walt Disney Imagineering (WDI) team, who create stories in true Disney fashion.

According to WDI, the lounge was once a secret stomping ground for famous touring magicians, local boardwalk illusionists and the loveliest magician’s assistants of the day.

After every magic show, these prestidigitators would gather at the bar, where they’d conjure up new cocktails, swap magic tips and tricks, and often stay up all night attempting to “out-charm” each other with their extraordinary illusions.

AbracadaBar guests will get a special peek into the sophisticated social club, and while it’s rumored that the magicians who frequented the lounge vanished without a trace decades ago, their magic still remains strongly intact, and can be seen, heard, and even savored in the bar’s signature cocktails.

From its enchanted magic show posters and mystifying mirrors to vintage props and tricks left behind years ago, AbracadaBar promises to be just as surprising and magical as its name suggests.