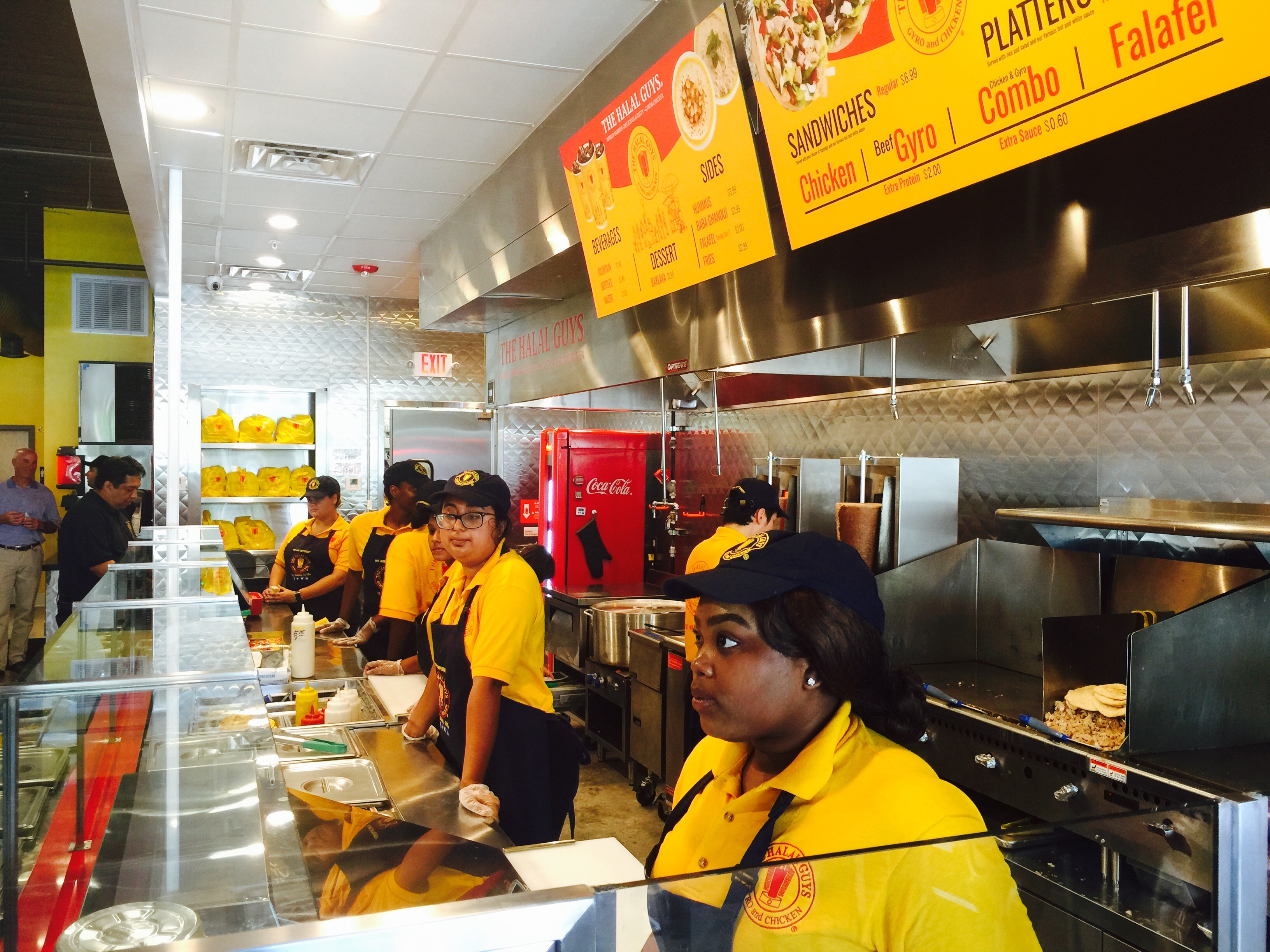 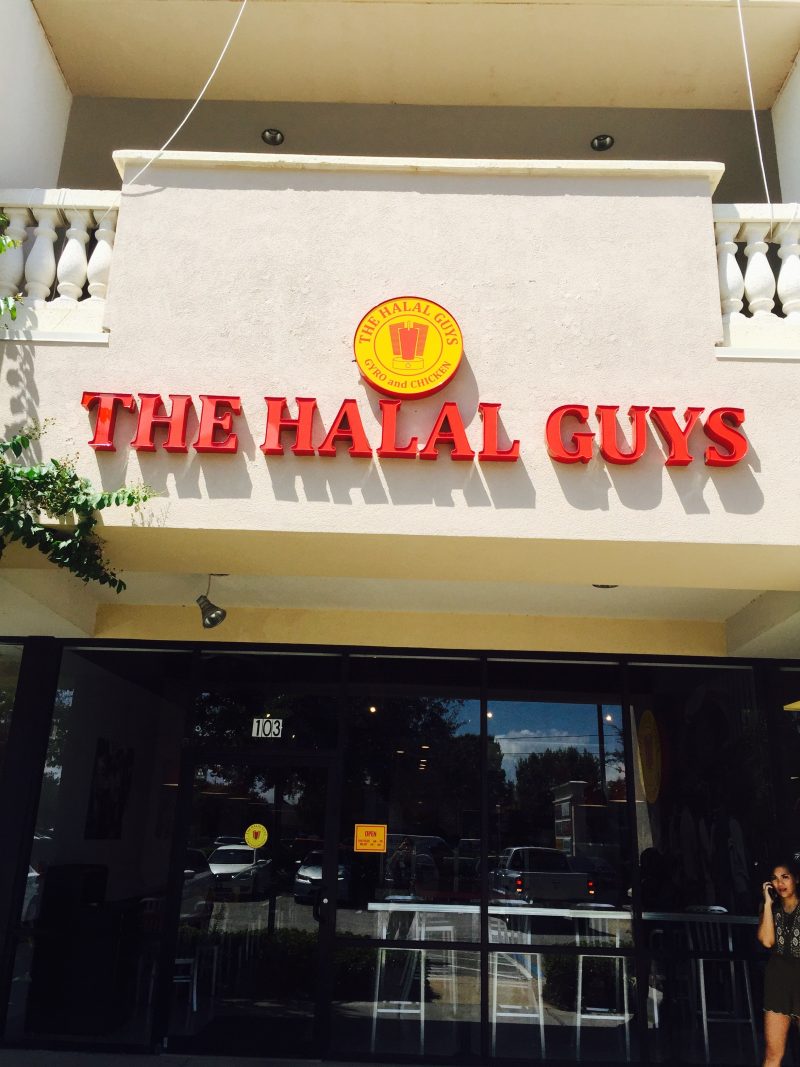 The Halal Guys is a halal Middle Eastern fast casual restaurant that began as a food cart in 1990 on the south-east corner of 53rd Street and Sixth Avenue in the borough of Manhattan in New York City. We actually visited the original 53rd and 6th Ave Halal food cart way back in 2009 after a late night of walking the city.

The place always had a long line, especially in the late hours of the evening after the night clubs would close, and people loved their signature white sauce over chicken and rice platters. In addition to rice platters, there are also pita sandwiches and salads, where you can choose beef gyro, chicken, or falafel as your main.

Today, the company has grown from one small food cart to over 200 new restaurants all over the world, including one right here in East Orlando, just south of UCF by Waterford Lakes.

Eater NY recently named the Halal Guys’ rice platter as “one of New York City’s most iconic dishes.” The platter includes meat (chicken, gyro, or both) or falafel, rice, iceberg lettuce (or, instead, extra rice), and slices of pita bread.

In addition to the signature white sauce, there is a very spicy red hot sauce, I believe it is of Egyptian or North African origin because it reminds me a lot of harissa sauce. 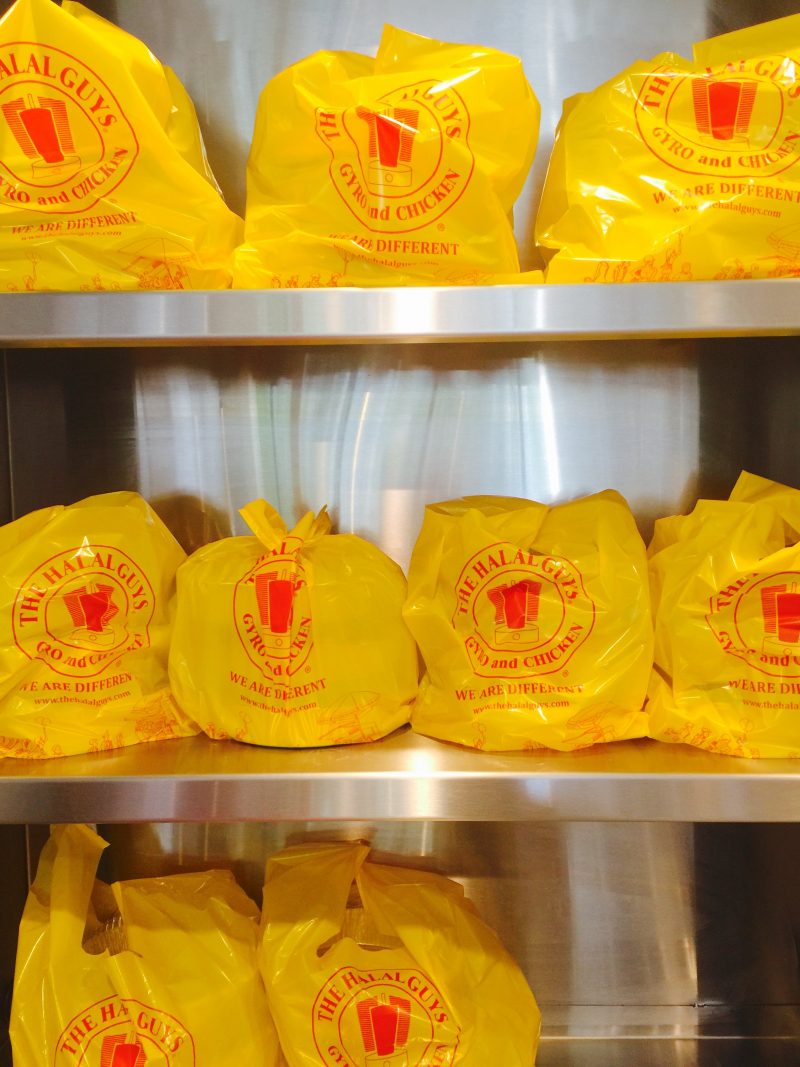