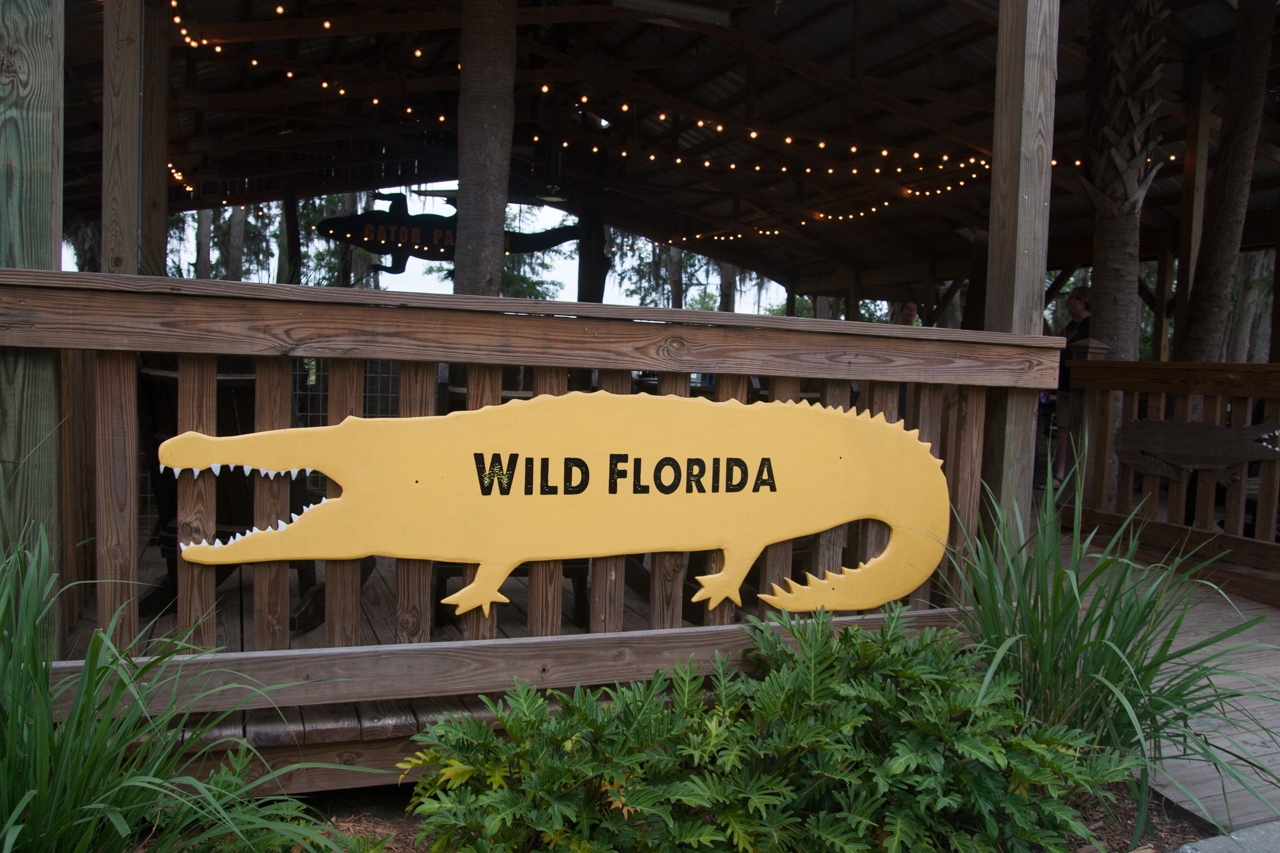 On May 11, Wild Florida hosted Wild Paint Night Out where folks were able to meet two albino alligators, indulge in hearty BBQ and paint their hearts away. The goodies at the buffet was provided by Chomp House Grill which is the restaurant located right inside of Wild Florida. Cole slaw, baked beans, deep fried brownies, their signature alligator and pulled pork/pulled chicken sandwiches were on the menu. Executive Chef of Chomp House Grill, Ramon Ayala, said that the creation of the menu came from “just playing around with it and being creative.” Ayala adds that he only does these dishes for banquets and events only. 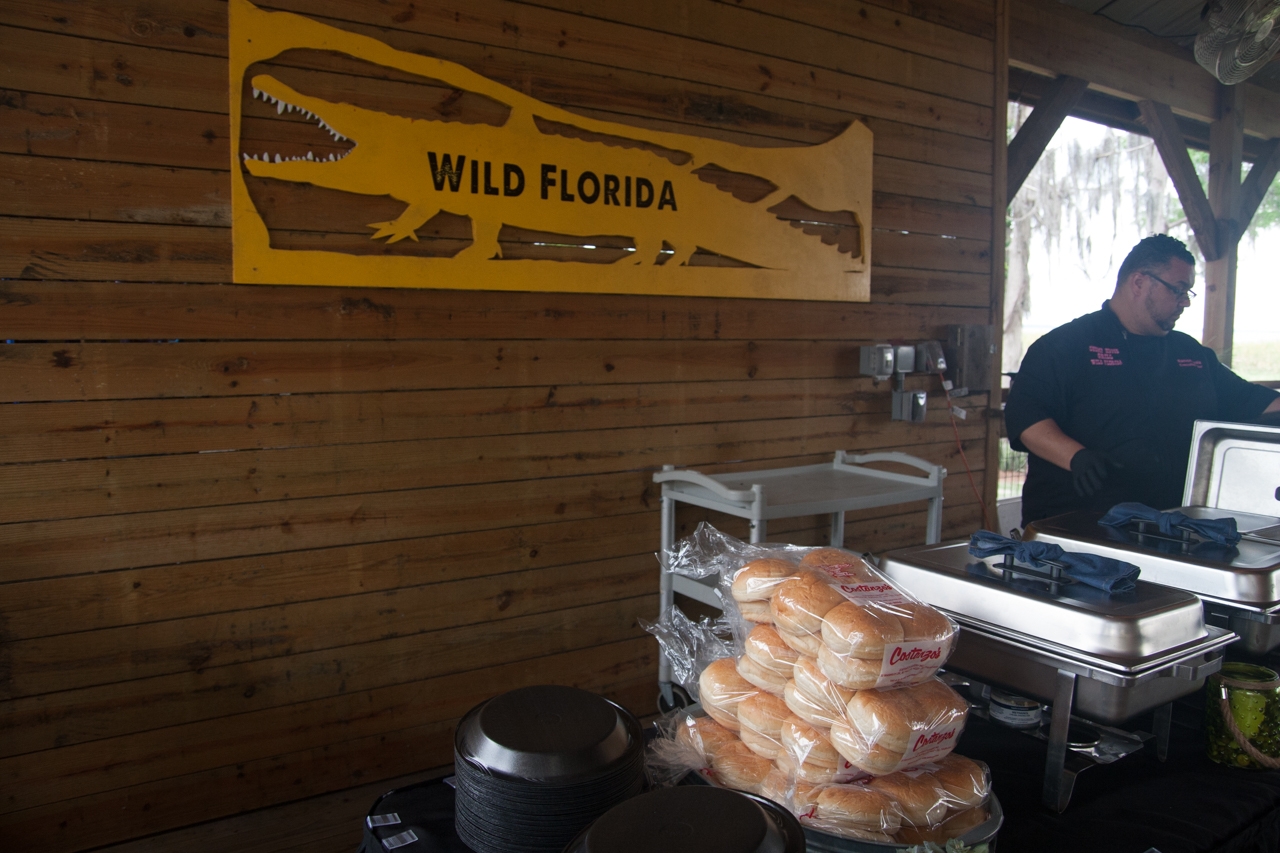 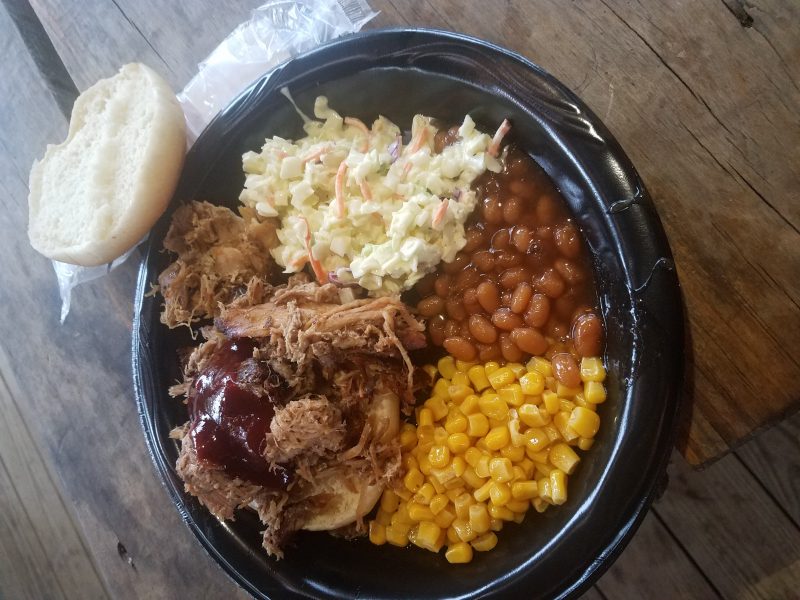 Besides the savory food, we got to venture back in the park itself and visit all of the animals. I got to see lemurs, porcupines, several gators, zebras, snakes, foxes and plenty of wild birds. The freely roaming peacocks were also a memorable sight to see. 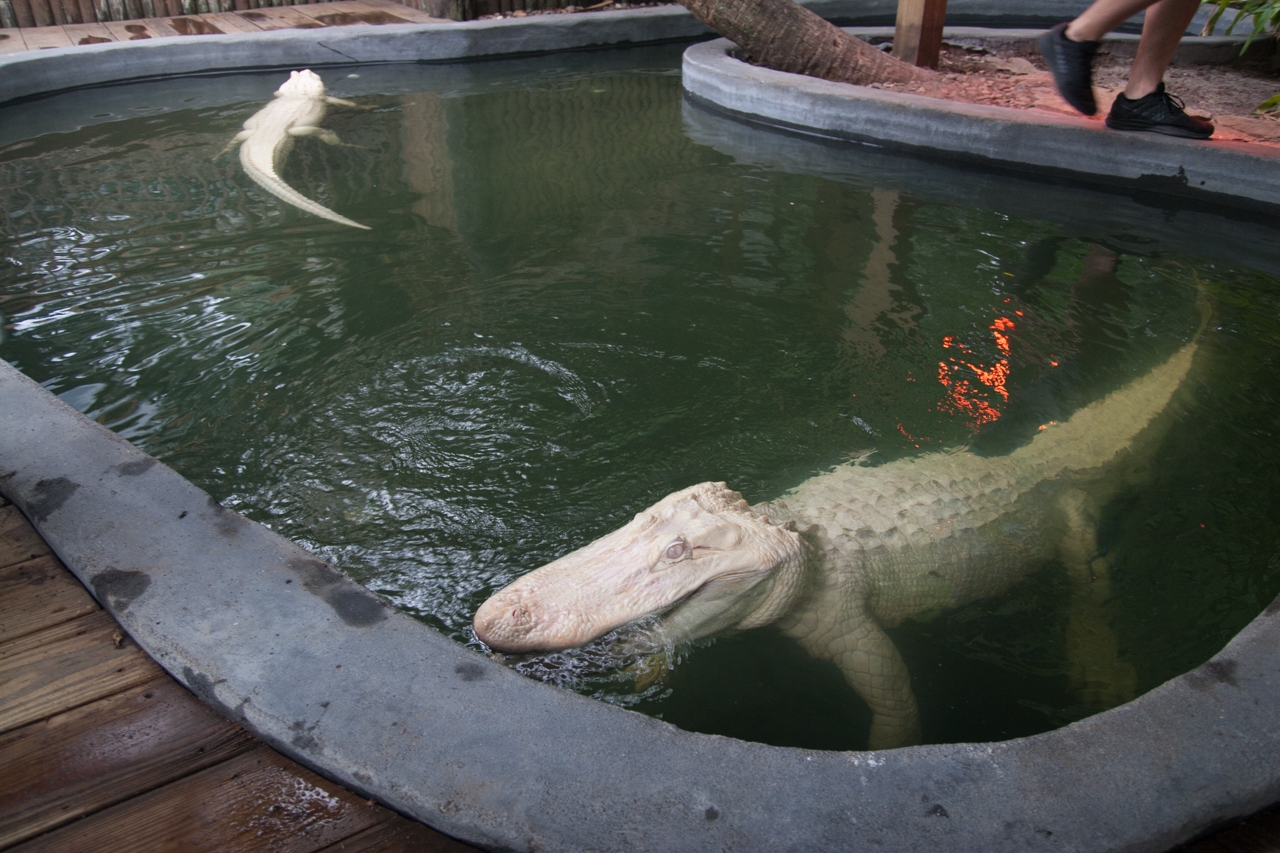 Above all the animal encounters I had, my favorite interaction was getting to go inside the habitat where the two albino gators were. The gators names were Blizzard and Snowflake and they were surprisingly more friendly than I expected. I was able to walk right up to the rim of the pool where they were kept. Staring directly into their glazed eyes with nothing but open space in between my being and their floating bodies was unlike anything I had experienced before. I was captivated by how majestic and peaceful they were. They did not hiss or growl. Both gators just swam up to the rim where I knelt. 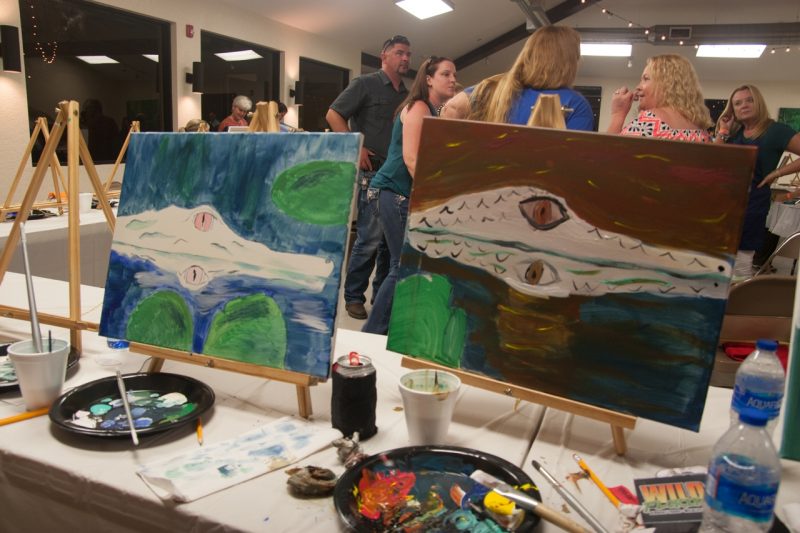 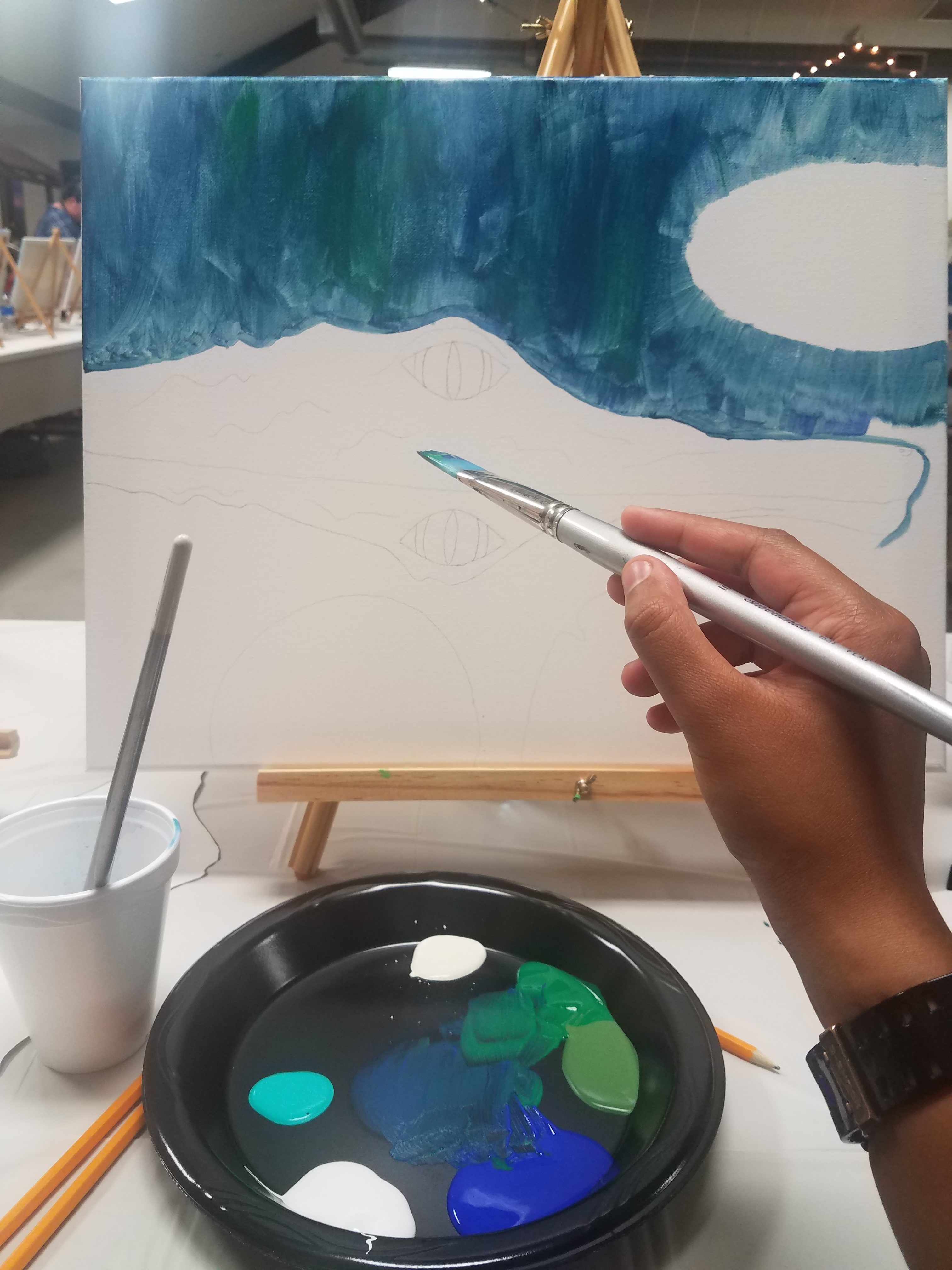 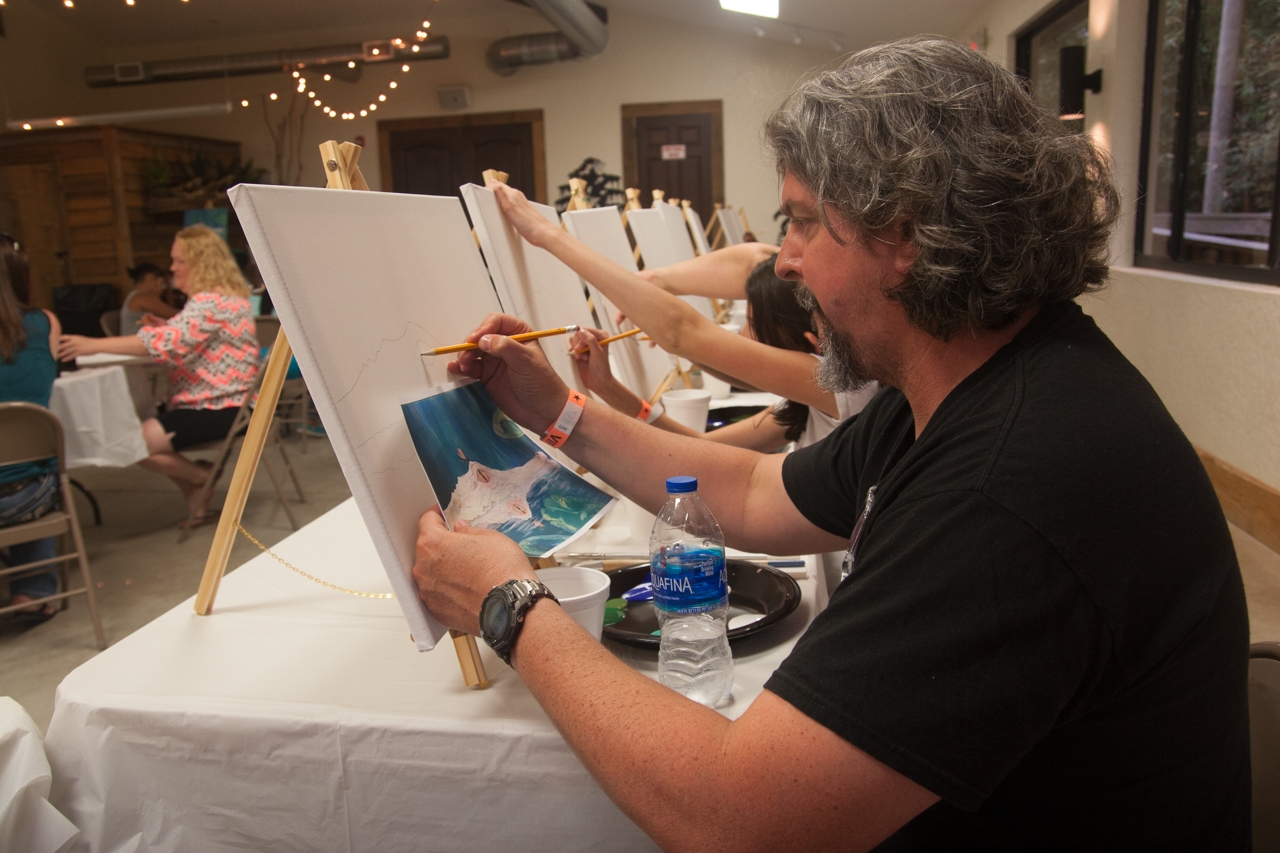 Afterwards, I proceeded to the event room where dozens of canvases and brushes were set up next to plates of paint. The objective was to paint a picture that copied a picture of an albino alligator that was already painted on a canvas. At the end, the best painting done by an adult and child were given recognition. I did a pretty decent job with my painting and I am very happy with it. 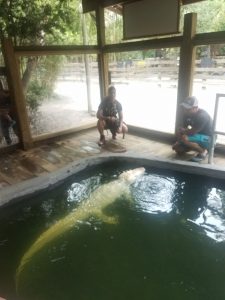 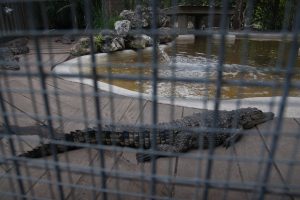 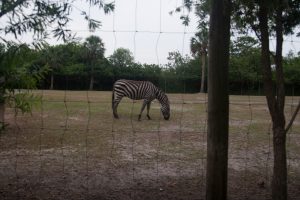 Overall, Wild Florida has a lot to offer in terms of getting outdoors and experiencing a real taste of Florida. The interaction one gets with the animals is very hands on. There is something to look at everywhere you turn. Also, towards the end of the event I was able to catch a gorgeous sunset over the lake. It was definitely a sight to see. 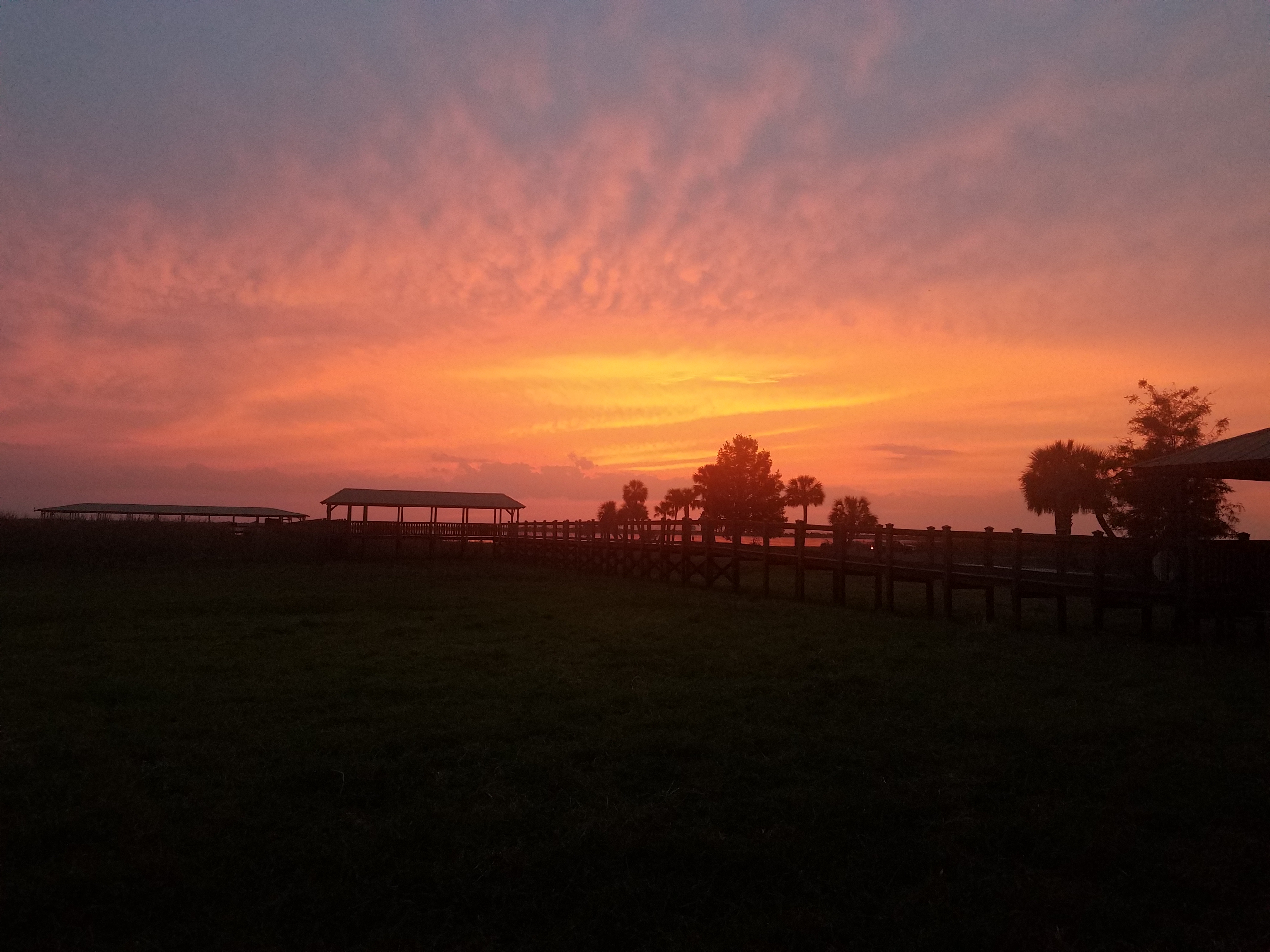 Catching up with Chef Chuck Cobb of Git-N-Messy BBQ at Hall...