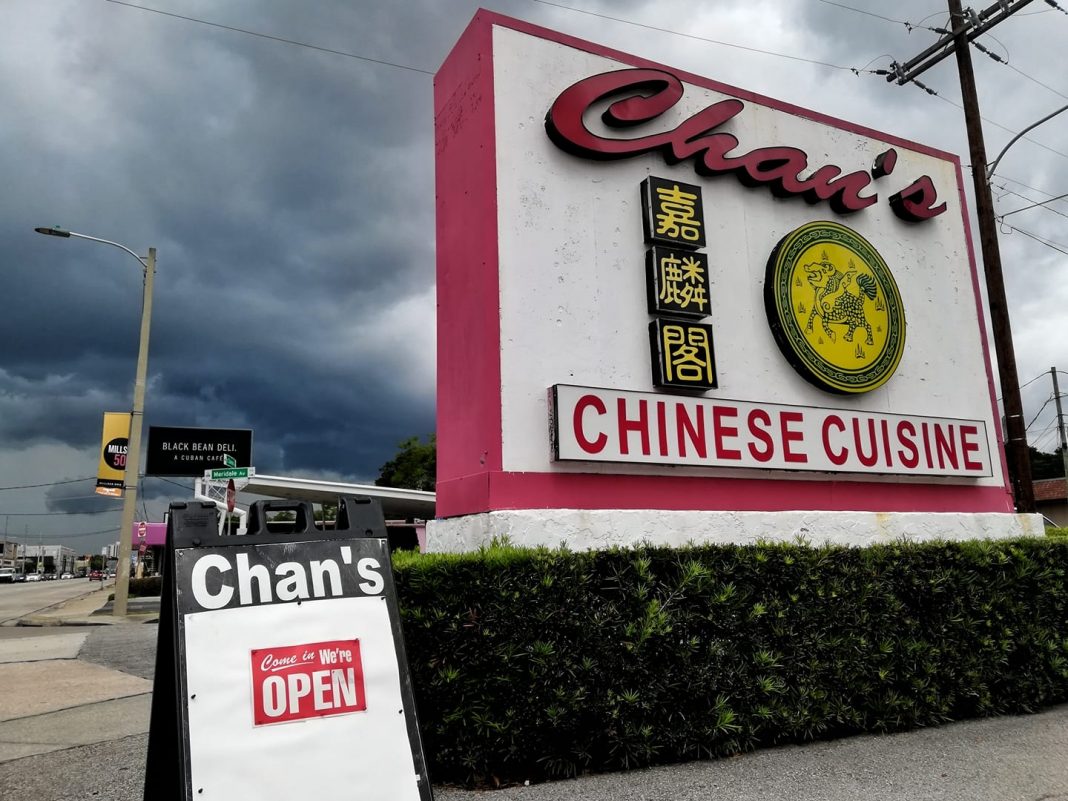 Chan’s Chinese Cuisine opened in late 1995 in Orlando, and have now been open for over 24 years here in Orlando serving authentic Cantonese Chinese cuisine. The restaurant recently announced that their last day open will be this Friday 11/20/2020.

The restaurant posted this message on their Facebook on 11/15/2020:

Greetings to all customers and friends!

First, we would like to thank you for your continued loyalty and patronage of Chans Chinese Cuisine since its start of operation at 1901 E Colonial Drive in 1996.
We would like to inform you that since we have sold our property at 1901 E Colonial Drive to an investor who would redevelop and expand his business operation at this location, we are here to announce : our business will be operated until 11/20/2020 (Friday) up to lunch time.

We feel honor to witness the vibrant business growth of Orlando City, and, along the downtown East Colonial Drive area over these years. We have collected many precious memories from operating Chans Chinese Cuisine, meeting many friends, and establishing good relationship with our local communities. While it is sad to say goodbye, we look forward to having a new chapter of life and more time with our families. 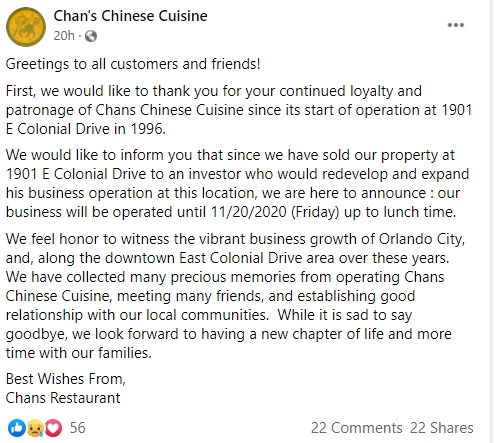 Annie Wong’s uncle Chan opened Tom’s Chinese Cuisine in Daytona Beach many years ago. Annie, who operated her uncle’s restaurant, wanted to continue the success and opened an authentic Chinese cuisine in Orlando with Tony Yeung as a partner in 1996.

With over 45 years of experience, Chef Tony Yeung first started his chef career in Hong Kong at the very young age as 14. Prior to coming to Orlando, he worked as a managing chef in New York.

20 years ago when Annie and Tony founded Chan’s, they discovered that many customers did not know what authentic Chinese Cuisine consisted of, with many more knowing just the Americanized Chinese take-out version of the cuisine.

When they first opened, Tony and Annie had to explain and educate the customers about dim sum and authentic Chinese cuisine. Other challenges they faced including sourcing. Read more about Chan’s Chinese Cuisine’s history here: https://tastychomps.com/2017/10/chans-chinese-cuisine-celebrates-20-years-in-orlando.html

For an ongoing list of Orlando Restaurants that have closed so far in 2020, read here: https://tastychomps.com/2020/11/in-memoriam-orlando-restaurants-that-closed-in-2020-so-far.html