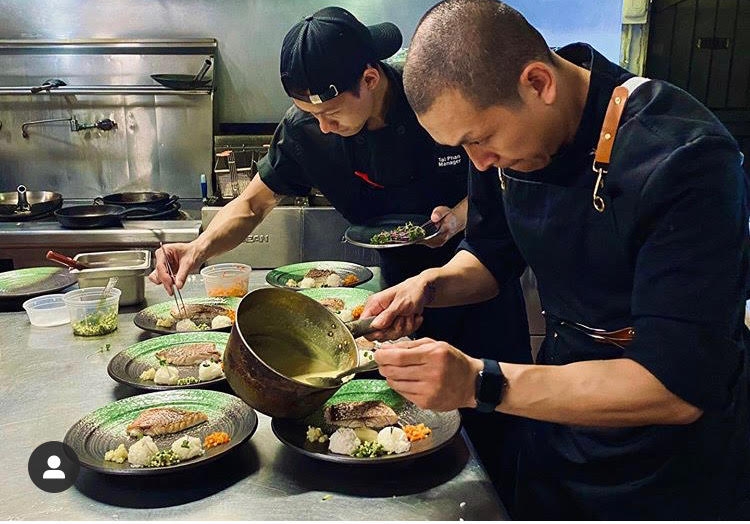 (Orlando, FL): Orlando is about to get its very first taste of modern French-Vietnamese served Chef’s table-style. Camille, a pop-up, will be opening in Audubon Park this summer. The concept, led by Chef Tung Phan, will be located in the new The Neighbors project upstairs at East End Market at 3201 Corrine Drive, and will provide an intimate, Chef-to-guest experience at an 8-seat kitchen table.  Chef Tung will be starting with a seven-course prix fixe menu that will include wine, beer, and craft cocktail pairings. Camille will be open for dinner with two seatings each evening by reservation only. Guests can expect to be able to book a seat in August with the pop-up projected to open in Fall of 2021. 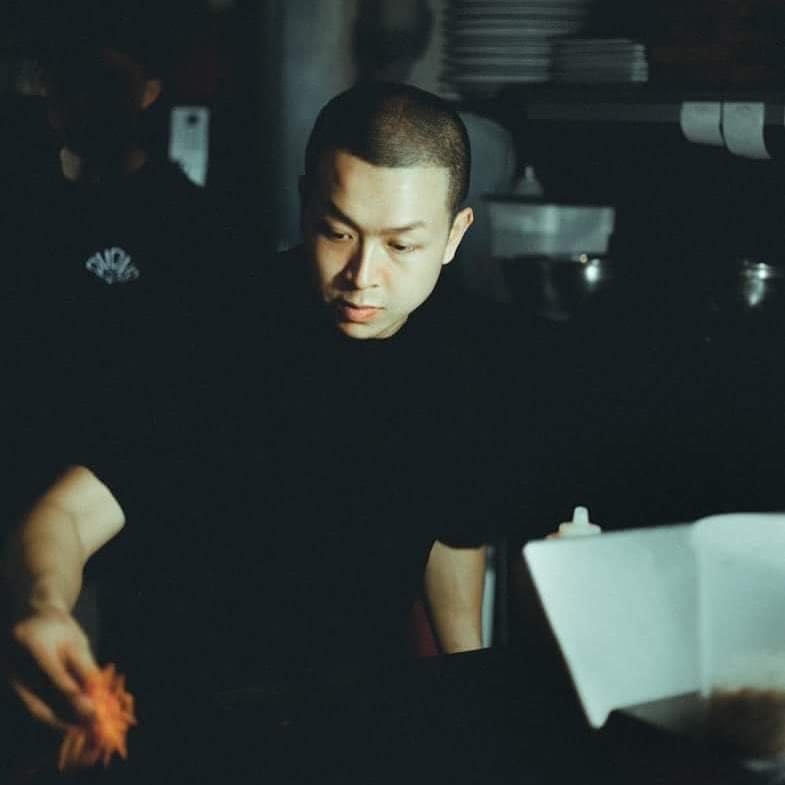 “We chose Audubon Park because of it’s up-and-coming food community. It’s an exciting area to visit if you’re looking for cool restaurants and bars,” says Tung.

Chef Tung will be the first resident chef at Domu Lab to host a pop-up, and hopes to gain exposure for the new concept.  A chef’s incubator by design, Domu Lab will host rotating pop-ups for local chefs to showcase their talents under the mentorship of restaurateur partners Sonny Nguyen and Johnny Tung.  Domu Lab will be located in the kitchen of the new The Neighbors concept in the former event space upstairs at East End Market.  The project is headed by East End Market founder, John Rife, and Freehand Goods proprietor, Jacob Zepf. The Neighbors project is currently remodeling the former venue into a retail space and cocktail bar. 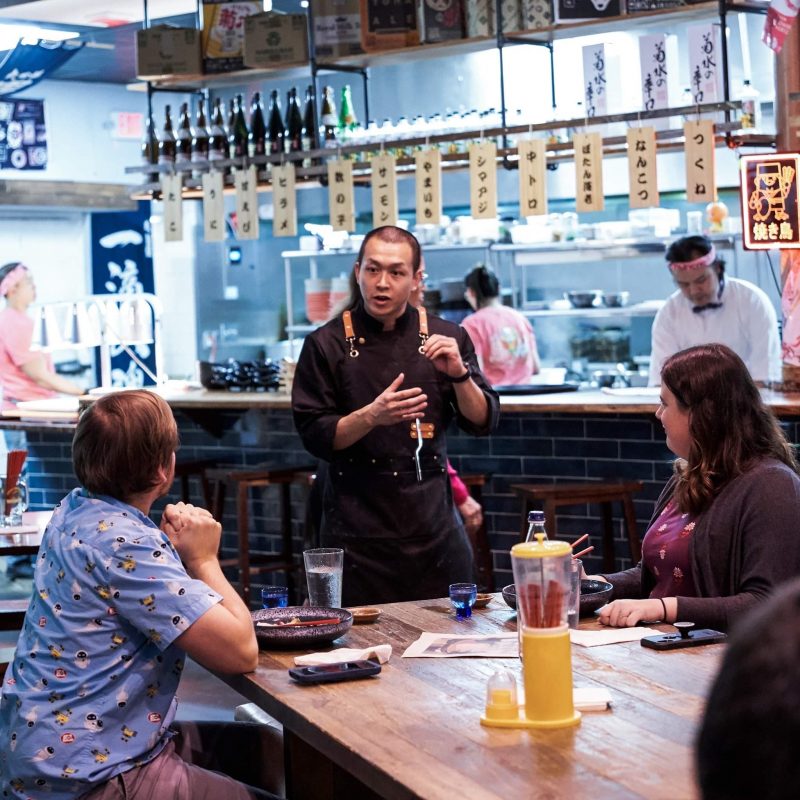 Although the pop-up at East End Market is short-term, Tung is eyeing the Mills 50 area for a permanent brick-and-mortar spot. With its deep, rich history of Vietnamese immigration in the 1970s, Mills 50 became known as “Viet Town” or “Little Saigon” to locals, and is home to the most concentrated Vietnamese population in Florida. The area has special significance to Chef Tung.

Born in Vietnam, but raised American, Tung’s family moved to the midwest just a year after he was born, and then relocated to Orlando when he was 12 years old.  An Orlando resident for nearly 20 years, Tung is a seasoned veteran with a decade of experience in the culinary industry.  Along with being a graduate of Le Cordon Bleu, where he learned the fundamentals of classical French cooking, Chef Tung has worked at the award-winning Victoria and Alberts at Walt Disney World Resort, and Isleworth Country Club, where he currently works.  Chef Tung has also been mentored by Michelin-starred classical French Chef Pascal Sanchez. 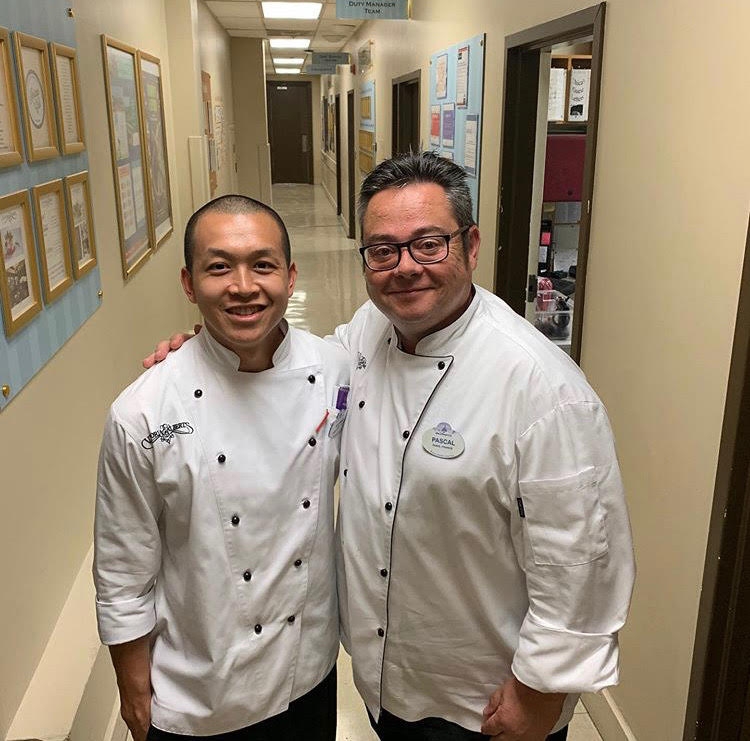 At age 14, Tung gained his first experience in the industry, scrubbing dishes at a restaurant owned by a family friend.  At that time, Tung had no interest in paving a career in the culinary field. The real turning point came during his trips to Europe and Southeast Asia, where he traveled as an acrobatic performer. This is where he discovered different food cultures, people, and regional ingredients, and ultimately, where his love of cooking was cultivated.

That path of discovery, along with Chef Tung’s own personal journey to understand his heritage, was the recipe for Camille’s creation.

“I chose Vietnamese cuisine as a means of finding my identity, and going back to my roots. I just wanted to honor that — know more about where my family came from, and pay homage to the food as well,” says Tung.

The seasonal menu will feature modern Vietnamese-inspired dishes with global influences.  Guests can look forward to items like Th?t Kho Ravioli (slow braised caramelized pork), wild-caught prawns with Viet-cajun beurre blanc and house-crafted semolina pasta, and the Mediterranean-inspired mung bean falafel with Imperial caviar and Thai basil yogurt. With Vietnamese cuisine already heavily influenced by France after over a century of occupancy, much of the menu will lean towards French-Vietnamese fusion. 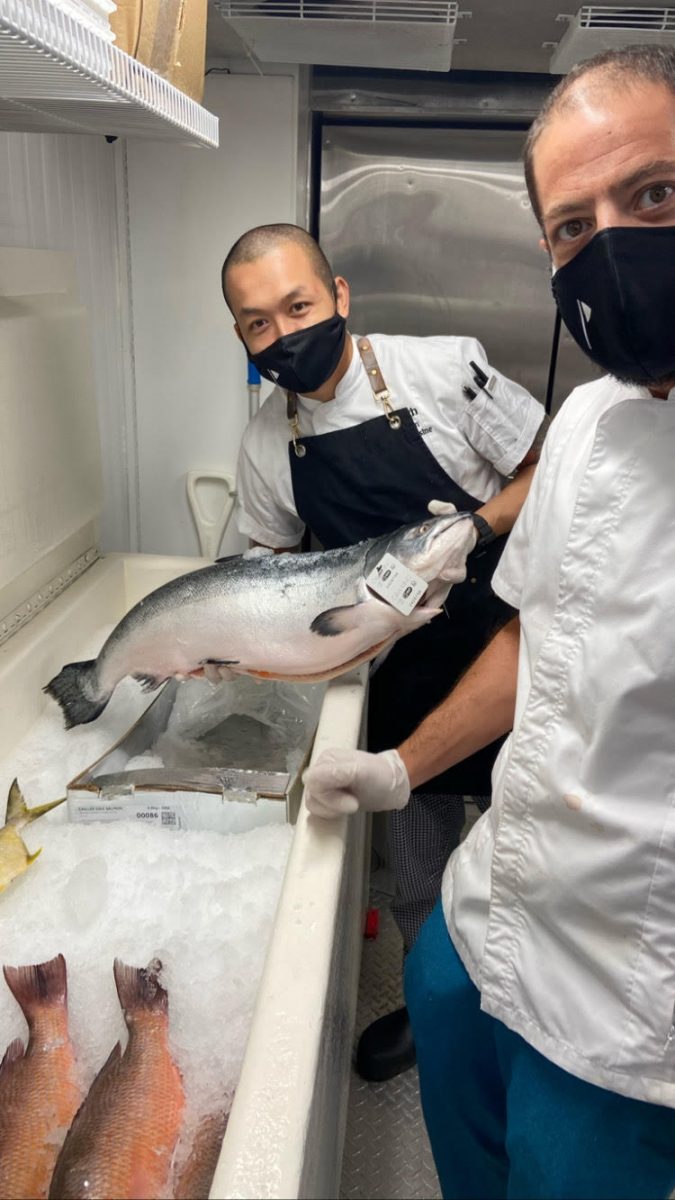 “It’s very challenging. Opening Camille is almost like being a pioneer — taking the vibrant food culture of Vietnam and presenting it in a more refined, progressive way,” says Tung.

Menu items will be based on seasonality with an emphasis on premium-quality ingredients, either sourced locally or flown in, such as A5 wagyu, exotic truffles and caviar, fresh Florida pompano, and locally-grown citrus.

In naming the concept, Chef Tung drew inspiration from his first-born daughter, whose middle name is Camille. The word, translated in French, means “perfect and pure.”  And perfection is exactly what Tung strives for in his dishes — creating food that is pure to him, with experiences he’s picked up on his past travels.  With plans for his next visit to Vietnam in the works, Chef Tung will be using the trip as a means to further his education on authentic Vietnamese ingredients and soak up the regional cooking techniques.

“I wanted to do something different…inspiring, fresh, and immerse myself in the culture at the same time. I want guests to leave feeling like they’ve experienced Vietnamese food in a way they haven’t before, ” says Tung.