As any resident of Orlando, I have been watching the NBA Eastern Conference playoffs between the Orlando Magic and the Cleveland Cavaliers. I am glad that the Magic are doing well this season as it has been a LONG time and with the new upcoming performing arts center, I can’t wait to see next year’s games. I have one thing to say though: Lebron James is a beast and probably haunts many people’s nightmares. Dwight Howard is a beast as well and his beastly shoulders are an inspiration for my work out.

Although it is a chain, one of my favorite delivery chomps is Pizza Hut’s Supreme Pan Pizza. The pizza is baked with a thick pan crust and is pretty delicious especially with all of its toppings. This time we added pineapples to our pizza order and it went really well together with the zesty tartness of the pizza’s tomato sauce. 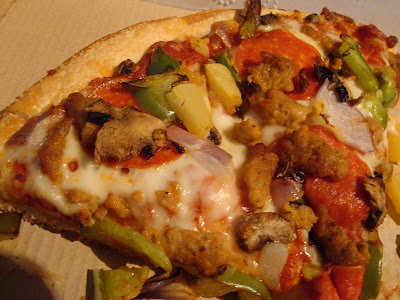 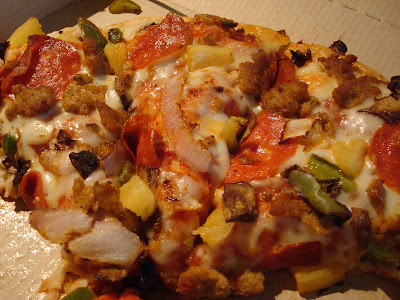 Another thing I love about pizza from pizza hut is that it is really good as a left over, either cold straight from the fridge, or simply placed in the toaster oven for 2-3 minutes to bake. It comes out crispy and hot and tasty like new.

Also, according to espn.com, Hedo Turkoglu of the Orlando Magic eats mozzarella cheese pizza from Pizza Hut before each game! WHATT