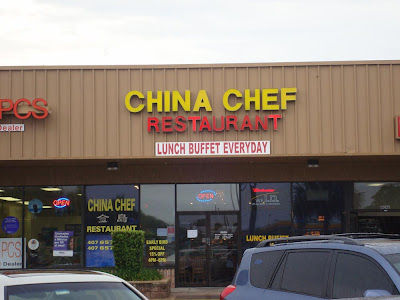 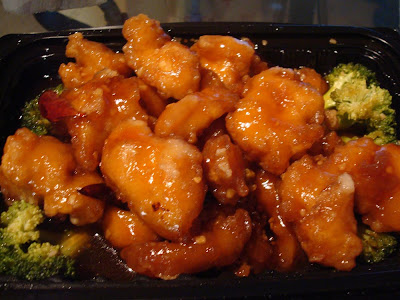 General Tso’s Chicken, who some say never really made the dish, as it was created in America. 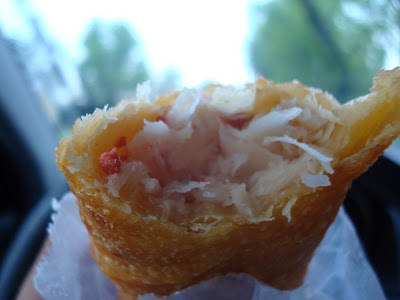 Who took a chomp out of my egg roll??

I have recently started reading The Fortune Cookie Chronicles: Adventures in the World of Chinese Food by Jennifer 8. Lee and so started to crave the fast food variety of the chinese cuisine. I stumbled upon China Chef after a recommendation from a friend and found it to be quite interesting: tucked between the abandoned k-mart and a abandoned movie theatre on Goldenrod road and University Boulevard lies this peculiar Chinese restaurant.

At first glance it appears that it is a chinese take out place, but after a closer look, it is fully a sit down restaurant with newly decorated furnishings. Nice, I thought to myself, maybe it’ll be worth the try.

And it was. The general tso’s chicken was fresh and hot out of the kitchen and had a tender, sweet and spicy flavor. The pork fried rice was steaming and flavorful. The egg roll however could have used some better quality ingredients as it was my least favorite. All in all this place was a nice stop on the way home for a quick chinese fast food fix.

THE FORTUNE COOKIE CHRONICLES: Adventures in the World of Chinese Food, by Jennifer 8. Lee. (Twelve, $13.) An American-born Chinese (and a New York Times reporter), Lee investigates the Chinese restaurant business — the origin of fortune cookies (Japan), the beginning of door-to-door delivery in New York, the relationship of General Tso to the dish that bears his name. She also looks at the difficult lives of Chinese restaurant workers.