I went to meet up with fellow alumni and bros at Fort De Soto Beach in St Petersburg Florida for a Memorial Day weekend barbeque. Ft Desoto Beach was actually named the top most beautiful beach in the US by TripAdvisor. I had a great time with the bros and had some great food which consisted over 80 lbs of ribs and chicken meat and more. The weather was great, sunny and slightly cloudy, despite having rained all week here in central Florida. It was good to see some sun again. We played a round of football and I got a little bruised up. 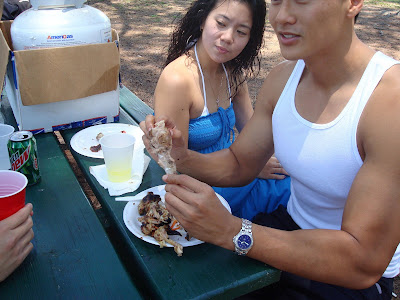 Tasty Chomps reader and bro Ed Ta and
his girlfriend Cecelia chompin down on some ribs.
I am currently on week 5 of his fatality work out plan and have
been seeing results. He is an inspiration and fellow foodie. 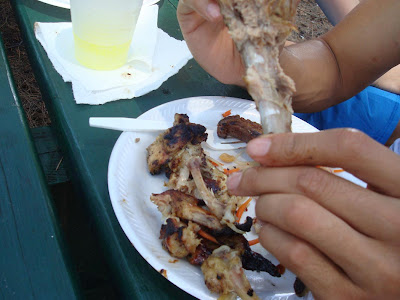 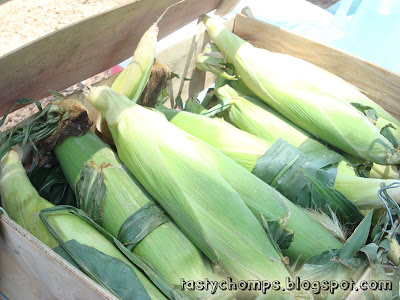 Corn on the cob, a crate full for $12 at Publix, as it is corn season 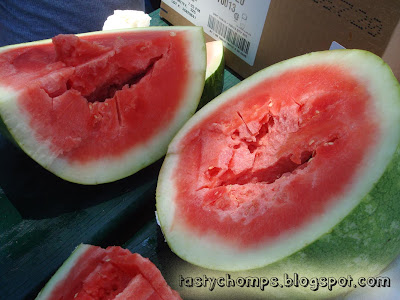 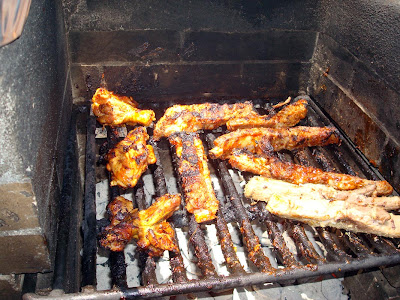 Chicken wings and ribs on the grill, marinated by my bro Jere Ngo 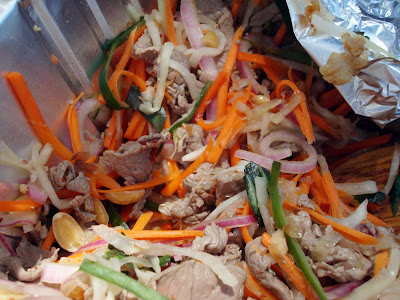 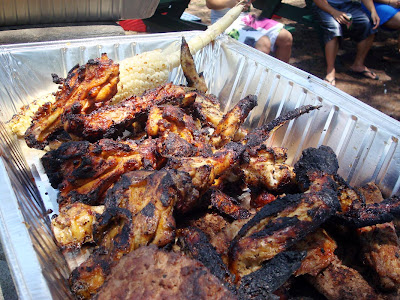 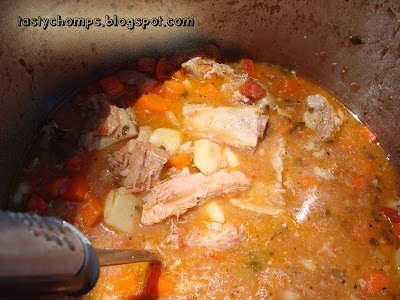 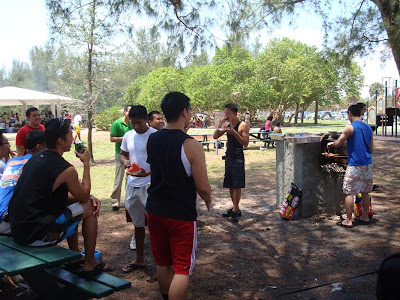 Bros eating and having a good time 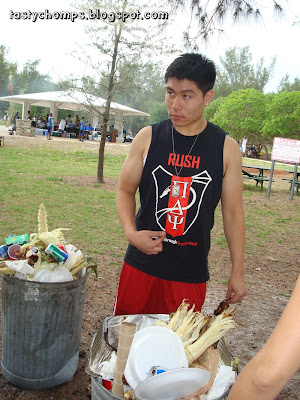 Grand little Chris Chen going in to join the elite eating group “Kobayashi” of which I had declined to join on this day. I did not feel like puking today. Notice the look on his face as he tries to finish his last piece. 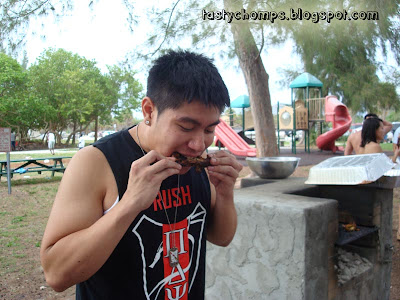 Chomping down on his last chicken wing. He finished 17 mega chicken wing/legs, 8 pieces of ribs, and 6 corn on the cob and is finally a new member of the Kobayashi club. 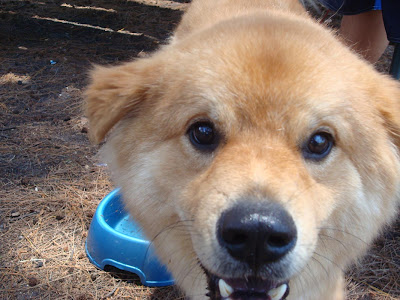 Fable, the half chow chow half labrador doggie 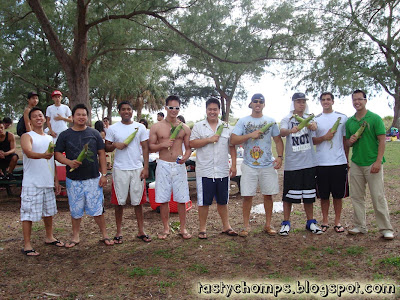 9 members of the UF alpha class saluting with their corn