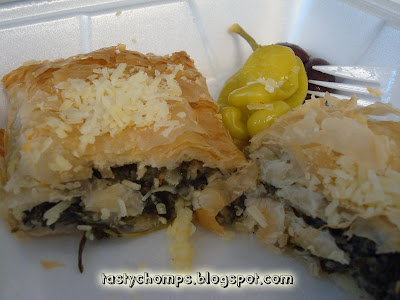 I had been here before for lunch, trying the Athen’s Cafe Shepherd’s Pie and although not really impressed, was very satisfied with the simple meal made with mashed potatoes, cheddar cheese, and ground beef/lamb? not sure.

I came by again to hopefully try something new here and give it another try.

Upon entering the eatery, I was greeted by the waitresses and my order was taken: one Athens Rotisserie Chicken Pita and a spinach pie. It was rotisserie chicken with lettuce and tzatziki sauce, the perennial greek sour cream-like sauce of the gods. Zatziki is a greek sauce made of strained yoghurt (usually sheep’s-milk or goat’s-milk in Greece and Turkey) with cucumbers, garlic, salt, usually olive oil, pepper, dill, sometimes lemon juice and parsley, or mint added.

I thought the chicken was dry and a bit bland, not very flavorful and the tzatziki sauce to me was a bit sour. The pasta salad that it came with tasted a bit old and stale, but the dressing was good on the pasta. Spinach pie ($9.99) was not worth the price in value as it was good but definitely not 10 dollars for a small pie good. I enjoyed the spinach pie better though as it had a flaky pastry crust and filled with spinach and cheeses. 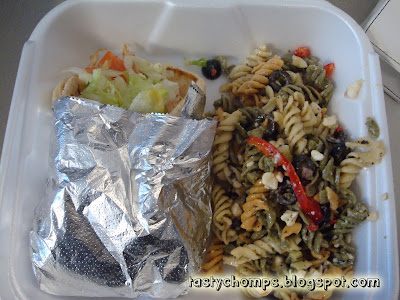 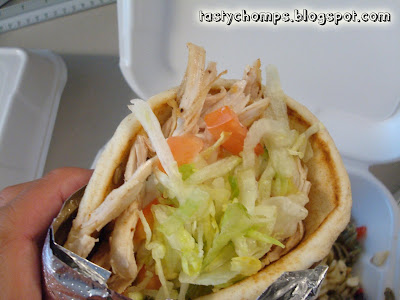 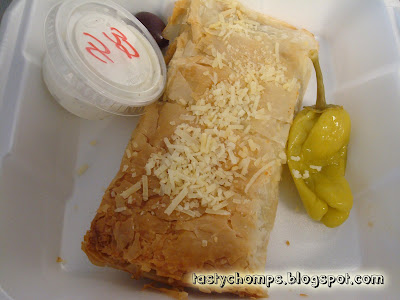