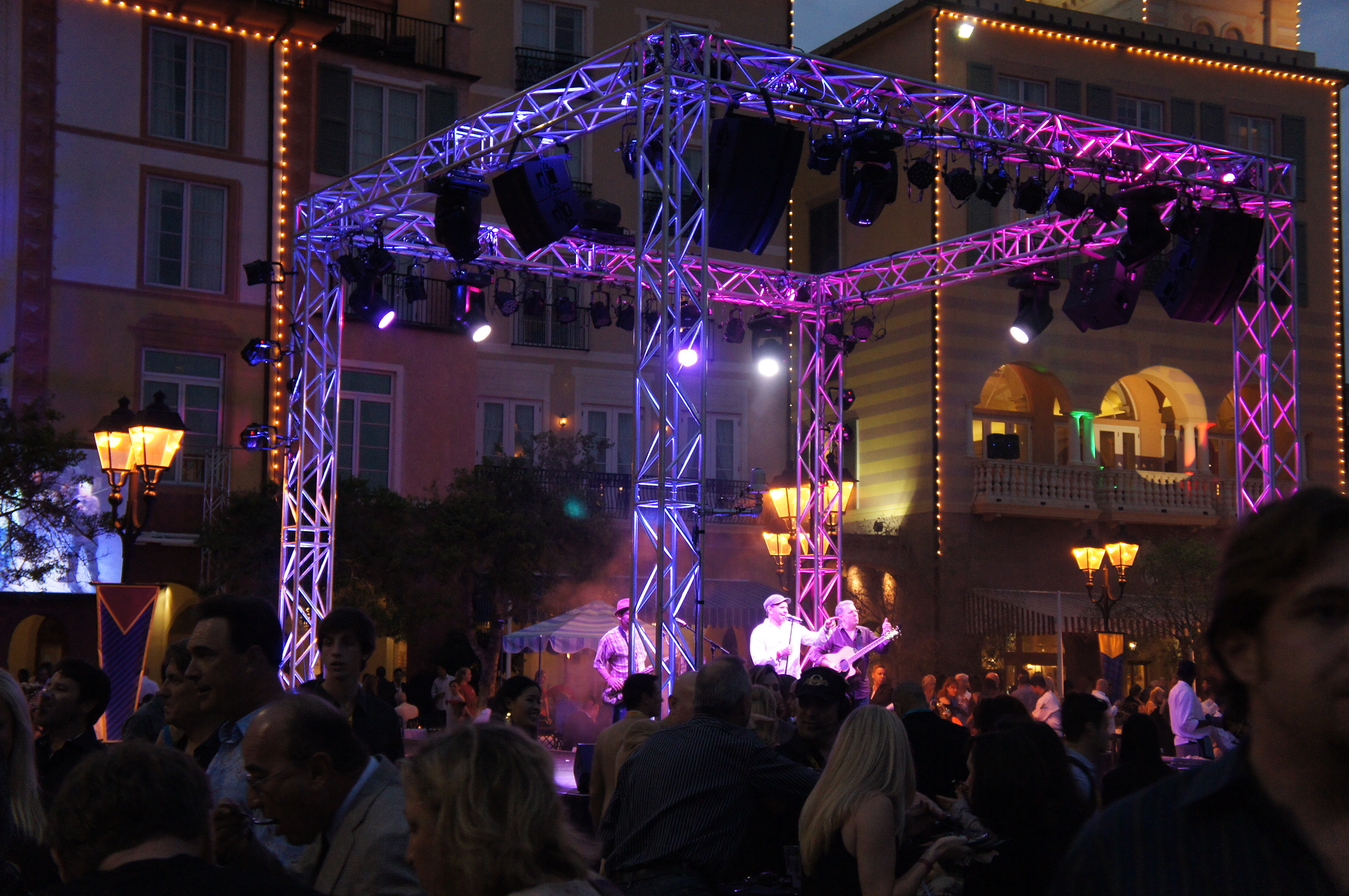 The Celebration Exotic Care Festival’s Food and Wine Party at the Loews Portofino Hotel at Universal Studios took place this past Saturday, an event hosted to raise money for children’s charities including Make-a-Wish, Special Olympics and Arnold Palmer Children’s Hospital. Last year the festival raised over $800,000 for charity and this year they hope to outdo that number.

It was truly a wondrous, beautiful evening. Last year the event was held inside of a jet hanger in Kissimmee and was also a fundraiser for the Bocuse D’or Foundation. This year they moved it to the Portofino hotel’s courtyard to make it more comfortable.

The Portofino hotel is designed as a virtual duplication of the beautiful seaside town of Portofino, Italy, with a great little lake built right up to the courtyard where the event took place.

Ferraris, Nissan GTRs, Bentleys, and other exotic cars lined up the sides of the lake and a huge stage with crazy moving lights was set up at the courtyard’s center where live bands, models, the Blues Brothers, and others performed through out the evening during the food and wine party.

Oh yeah, the food and wine…so much good food, so little space in my tummy. The event had chefs like James Beard award nominated Chef Kevin Fonzo of College Park’s K Restaurant, serving a wonderful pork belly dish with a homemade bacon marmalade and fresh tomato jam…yes it is as good as it sounds, and probably my favorite dish there. John Rivers of 4Rivers Smokehouse was on deck serving up his rendition of a spicy gumbo and the oysters “texasfeller” a twist on the oyster rockefeller and a preview of some of the concepts in the works at the Cowboy Kitchen.

Special thank you to Pearleen of Megayummo.com for the invitation!

Here are the photos: