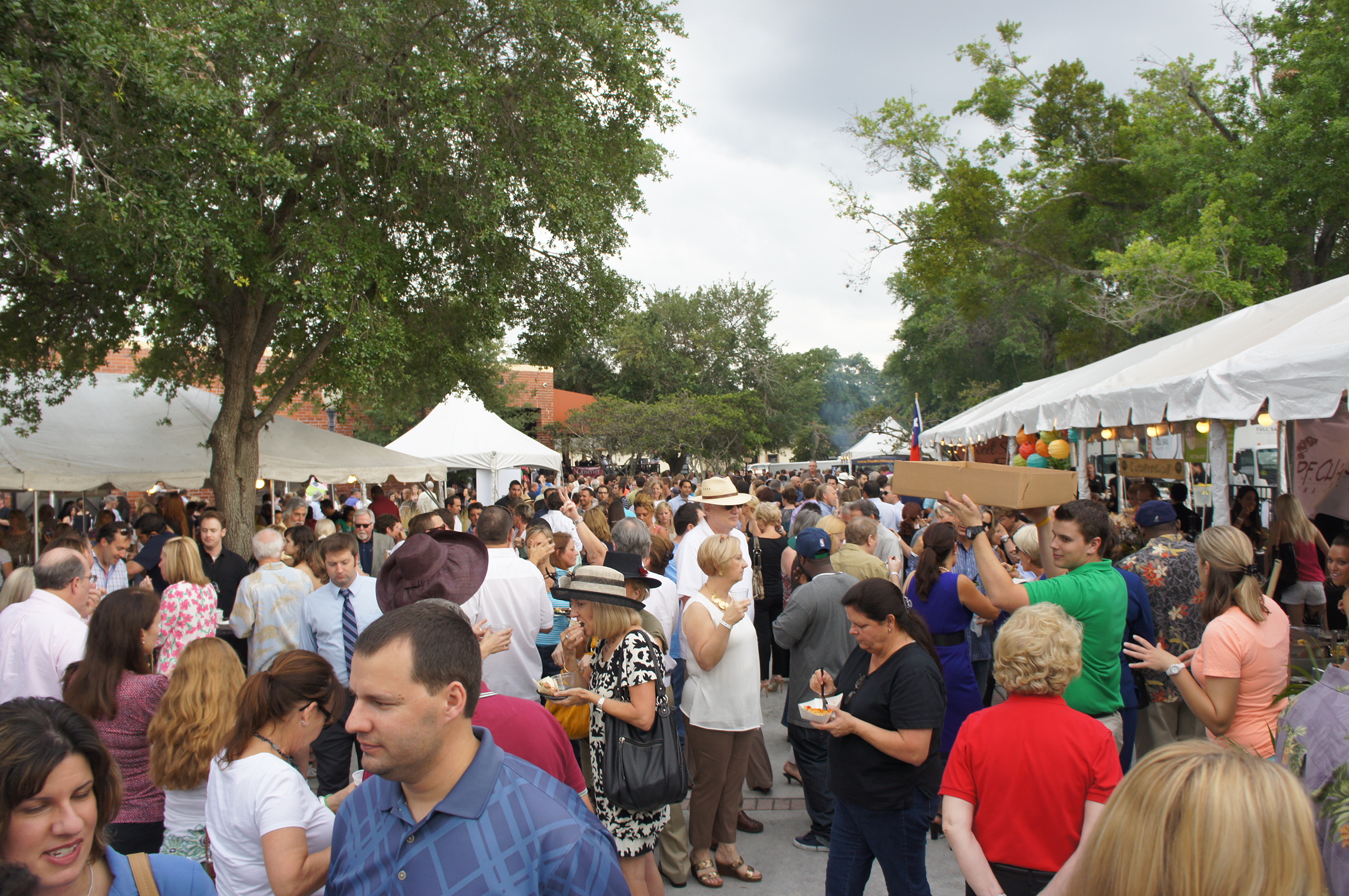 Tonight I had a wonderful time judging for the Taste of Winter Park 2012 to benefit the Winter Park Chamber of Commerce. Held at the Winter Park Farmer’s Market area, it was a crazy, packed event full of people in the community and food lovers together with local restaurants and businesses. This was my first time I attended the event and it was an honor to judge along with esteemed local food critics and journalists such as Scott Joseph, Heather McPherson, Scott Richardson, Anjali Fluker, Pam Brandon/Katie Farmand, and Rona Gindin.

The winners of the event were:

· Best Booth Display – 4 Rivers Smokehouse – they brought in a statue of a bull!

The event overall was very fun, though they could use some more drink stations and garbage bins to allow for easier flow and sampling. Kudos to all the volunteers out there tonight for doing such a fantastic job for the community.

My favorite dessert for the evening was Luma on Park ‘s Pastry Chef Brian Cernell’s Florida Peach dish. I also thought iCrave Catering‘s fried black bean cake and baked wonton skins were awesome as a side as well, creamy, slightly crunchy, savory and all around a delight . It was fun experiencing food from new places. Bravo to all the chefs, restaurants, markets, and businesses who made the event such a success!

Here are the photos!

Lobster hot dog and sausage from the Ravenous Pig, missing the buns

Olive Garden is a popular place

The menu at Shula’s is on a football

BBQ Bacon Wrapped Shrimp from Shula’s of Swan and Dolphin

Everyone should Eat More Produce!

Jeremiah’s, what’s not to love?

Menchie’s mascot breaking it down with the drum roll

Kendra Lott of Edible Orlando breaking it down

Ron Raike, new Brewmaster for the Cask and Larder, happy to start working with The Ravenous Pig Family

4th Annual Swan and Dolphin Food and Wine Classic – A...